Best Of Beijing On A Budget

We went to the Forbidden City. Paid CNY60. But it was really worth it. I spent my whole daytime there. Tips: There are tonnes of tour guides. Wait patiently for the one that speaks your language. Follow them. They will tell you some interesting tales & facts about the palace. The doors, gateway, bridges, staircases, etc all come in odd numbers. It is either 3, 5, 7 or 9. The middle one is the path only taken by the emperor and his highest ranking ministers. Visiting the Emperor`s bedroom. You thought it is a bench. In fact, it is a bed. The emperor was only 5 feet plus in height. Big bucket of waters are placed beside the large courts. If there was really a big fire, the bucket of water is not enough to extinguish the fire on such a large court. It is believed, water against wood, wood against gold, gold against fire. Fengshui said putting a bucket there, you won‘t get fire. 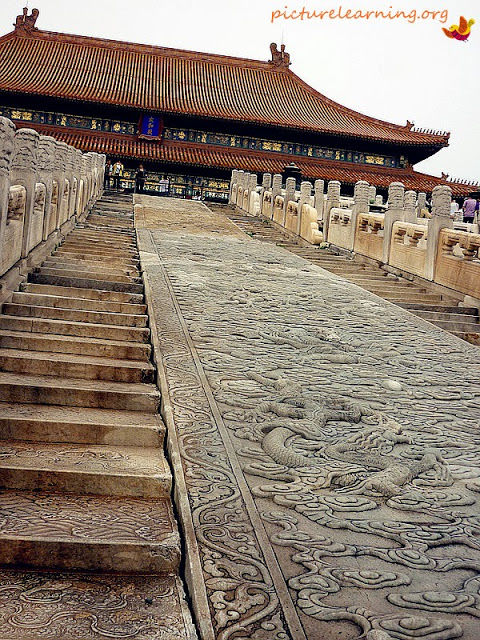 It is the most talked about street in Beijing among foreigners. Well, I guess that`s why I see a lot of foreigners here. Wangfujing is famous for its food street. Along this street you will find many stall selling all kinds of food. Even some weird weird food items you don't usually find. Tips: It gets cheaper as you walk further. 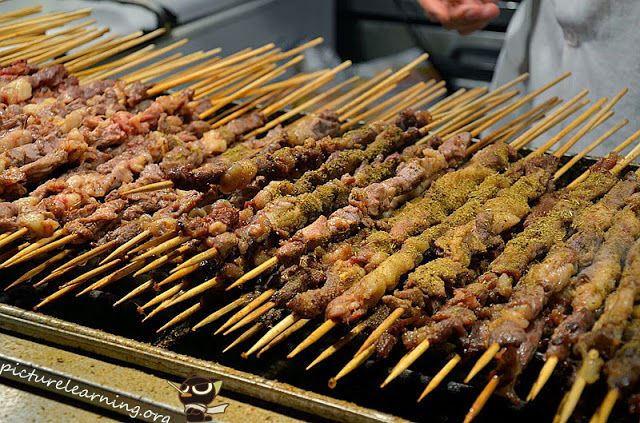 I took the 877 bus to Badaling wall. The 877 bus stop is next to it. You pay when you get onto the bus. CNY 12 per person. Quite a comfortable trip. On the bus, there was a kind guide who provided information about the Great Wall of China. Honestly, I never thought there would be a guide to tell us all these information in the first place for a public bus and at this considerably cheap price. He would tell you the do and don`ts; where to get the best view; the time to come back for the last bus; etc. It was an unexpected good service. Some of the walkway could be quite steep. And the steps are knee high. It was quite tough. Firstly, I thought of going to the highest point. Gave up when I reached the 5th station. (9th being the highest).Nevertheless, despite the hardship of climbing it. It was still an adventure. After returning from the North Side. I had some sausages before I went to the South Side. Sausage are the the staple snack food for the Chinese. You will see it everywhere. 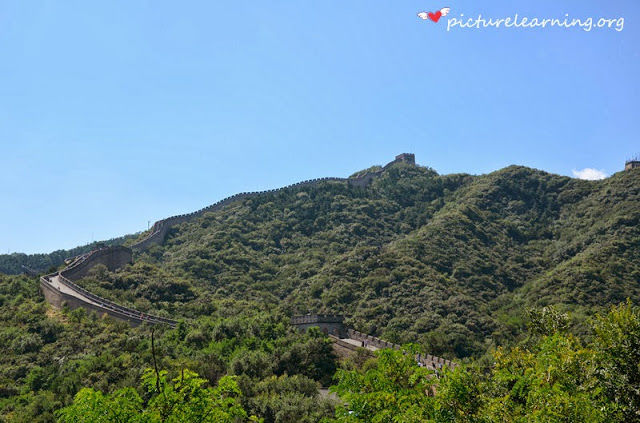 Beijing Zoo was planned as a "side dish" rather than a "main dish". The main reason we went to Beijing Zoo was the Panda House. The entrance to Beijing Zoo + Panda House + Boat trip = CNY40 If you want to visit the aquarium, you can add some money. Young bamboo shoots were planted surrounding the area. Whereas the pandas were locked in their cages and play area. The part that excites me was the boat trip.

There are 2 boat trips: Round Trip to Purple Bamboo Garden (returning to the Zoo) Single Trip to Summer Palace (not returning to the Zoo) Went into the boat. A guide were explaining the history of the waterways. The waterways that were using were also used by the Empress Dowager Cixi. The bridge on top were low in height. During rainy days, the boat would not be able to pass through.It was interesting.At the end she announced that we have arrived at the Purple Bamboo Garden. Excited. I was ready to get off the boat. 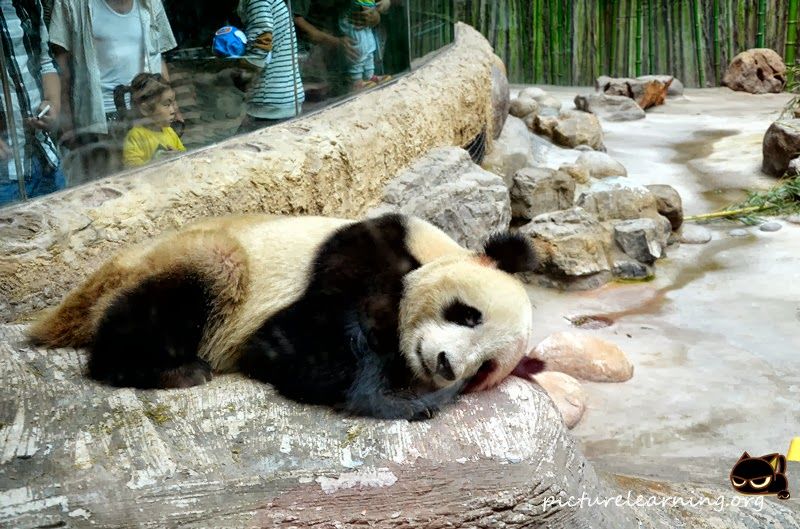 There are the combo tickets. CNY60. And the entrance ticket. CNY30. Bought the entrance ticket since I only had 1.5 hour there. I didn't think that I had the time to visit all the places since I arrived at 4:30 and the closing time was 6. I followed the same strategy as the Forbidden City. Follow some guides, they will they you stories. The Summer Palace is the resort for the Empress Dowager. There is even a "cinema" there. Of course, no movies, just Chinese operas. There is a Quilin at the entrance which is symbolic of Justice. The Qilin is there to watch over the ministers and officers to ensure they are always just. The Dragon and Phoenix usually represent a boy and girl. But in the Summer Palace, it represents the Emperor and her mother, the Empress Dowager Cixi. There is a long corridor that stretches along the lake. Believe me, it is very long. I didn't even finish walking till the end. The interesting point is the painting on the ceiling of the corridor. 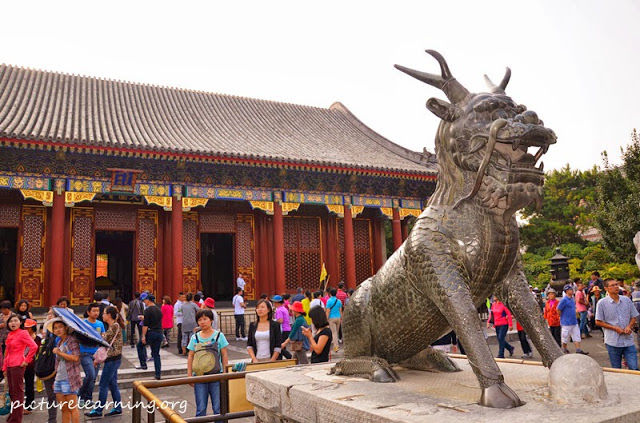 How could I leave Beijing without having the Peking duck? The price of a decent Peking duck can be from as cheap CNY88 to CNY300. Some told me to go to Quanjude. But the price was crazy to me. Surveyed a few more, but I decided to go for the one nearest to Bestay hotel. I thought it was a wise choice. The place is fantastic. Beautifully decorated. Clean. Staff looks neat. Waited quite a while. It was worth waiting. Chef sliced the duck in front of us. Pick up the Peking Duck skin + condiments. Roll it up and yummy yummy yummy! It got creative by cutting up the buns in half and sandwiching the duck meat + condiments. Yummy too! 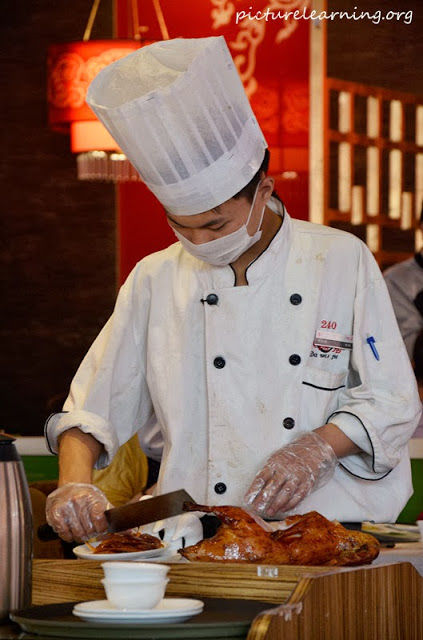 There are 3 Main areas: Hall of Prayer for Good Harvests Imperial Vaults of Heaven Circular Mound Altar The Hall of Prayer for Good Harvests is a round building on a square platform. The Imperial Vaults of Heaven is surrounded by round walls. The Circular Mound Altar is of course a circle, on top of a square platform. The entire place is in a semi circle. The interesting point in this place is the Echo Wall. It is said that if 1 person whispers at one end of the wall, the other would hear it on the other end. 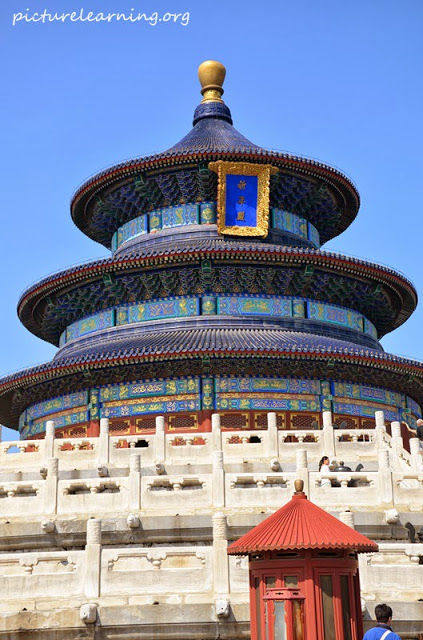 Easily accessible by subway to Hujialou Station. Chaoyang Theatre is right next to the Exit C. My advice; get a discount online instead of purchasing through the counter by yourself. Tips: Actually the hall is not so big. You don't have to buy the VIP seats. Even if you buy the normal seats, you would have a fine view of the show. Be there early to get the first row of the normal seats. The whole show lasted for around 1hour 45 mins.

Qianmen is another interesting place at the far end of Tiananmen Plaza. Before you go to the Qianmen Shopping Street, you might want to visit the China Railway Museum which is more of a Victorian style building. I never thought Qianmen could this beautiful. I thought it was just another street like the Wangfujing Street. But no, it was so different from Wangfujing Street. I liked the blend of modern stores and the grey bricks of Chinese houses. I also liked the fusion of Western & Eastern brand side by side on the same street. If you are looking for a good bargain. Get off the main street and go to the back street. You can get some silk scarf for as low as CNY10 per piece. I bought 3 and I am pretty satisfied. They are smooth and nice enough for me. 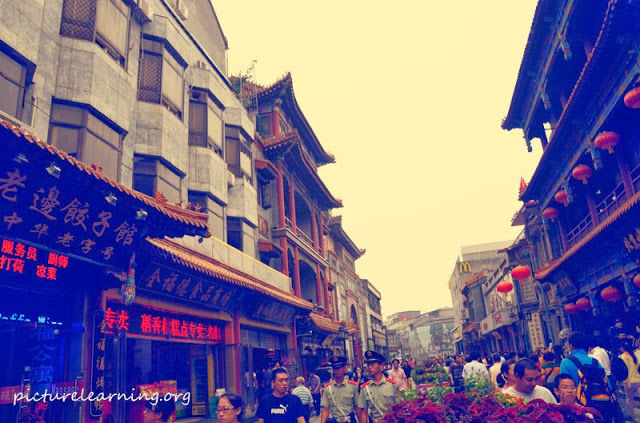 Being in Beijing, I thought I should not missed out the iconic CCTV tower. Took the subway all the way to Gongzhufen station. Came out and I didn't see anything iconic. I saw a tower, but it isn't in a squarish shape. Apparently there is an old and a new CCTV tower. I had to take the subway Jintaixizhao station, which is at the other end of the line. Finally, I reached the tower. It was tiring after all the wrong routes taken, but when I finally reached, it was satisfying. 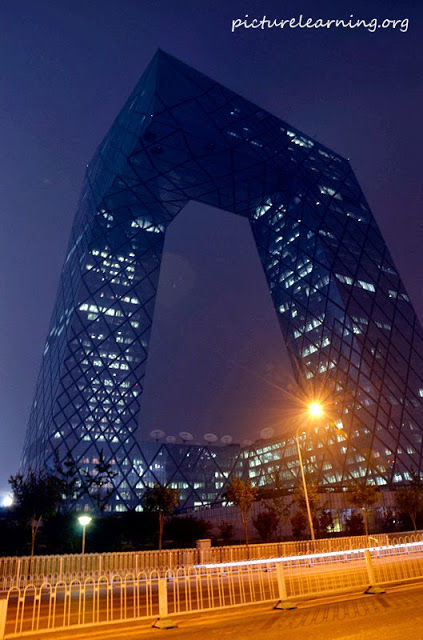