With no Wikipedia page of its own like its other historical cousins this place is still a revered one.

As per the local belief Sage Ved Vyas (who wrote the Vedas and the Upnishads) was writing the Vedas and required water in order to turn the pages and since the Vedas in itself is an equally revered book considering the knowledge it contains any water would have proved insulting which made The Sage to ponder and eventually pray to Lord Brahma who being the God of all creations created the Brahmatal.

Elevated at a mighty 12000 feet this tal may not be as colourful as Bekal tal its short altitude twin but it surely is natures canvas surrounded by snow capped mountains and a spotless blue sky in the morning and lighted by the stars at night.

The trek to Brahmatal starts from Lohajung and if that rings a bell then you are correct in thinking that Lohajung is also the starting point to another mesmerising trek called the Roopkund.

The easiest way to reach Lohajung is to take a train till Kathgodam and then by road till Lohajung.

The first days trek will be a cake walk with minimal steep routes until the last stretch which will be snow covered if you are visiting Brahmatal in the starting Months of the year.The weather was squally which at one moment made us love the tiny snowflakes caressing our faces but at the next moment frown at the winds which sent chills down our spines.Unknowingly we all craved for more snow but that was not what it had to be.

Our first campsite was Bekal tal in its semi frozen state surrounded by trees and as all religious places a tiny temple at the side.No sooner than we had reached our campsites and hoisted our tents the weather changed into blustery icey winds flowing from all directions that knocked the living daylights out of us and just as a house stuck in a tornado the tents started to unhook and unearth and we all found ourselves grabbing to the tent to stop us from being homeless.

All our hopes of making a snow castle and a snowman suddenly vanished in those icy winds. We now were ravaging our rucksacks looking for warmer clothes to make sure we do not end up freezing to death.The temperature was below -10 degrees but the icy winds made it feel colder in a way that we could feel the ends of our bodies freeze to a certain degree of numbness.

The night continued to be harsh and sometime early morning the wind stopped and the next day the sun greeted us with a beautiful bright morning with knee deep snow was still much better.

Brahmatal is like viewing beauty without makeup;a semi frozen lake painted on a white canvas of snow defines it and to witness it you will have to see it. Neither pictures nor blogs could give you what it feels to be surrounded by a place which was created by the God himself. 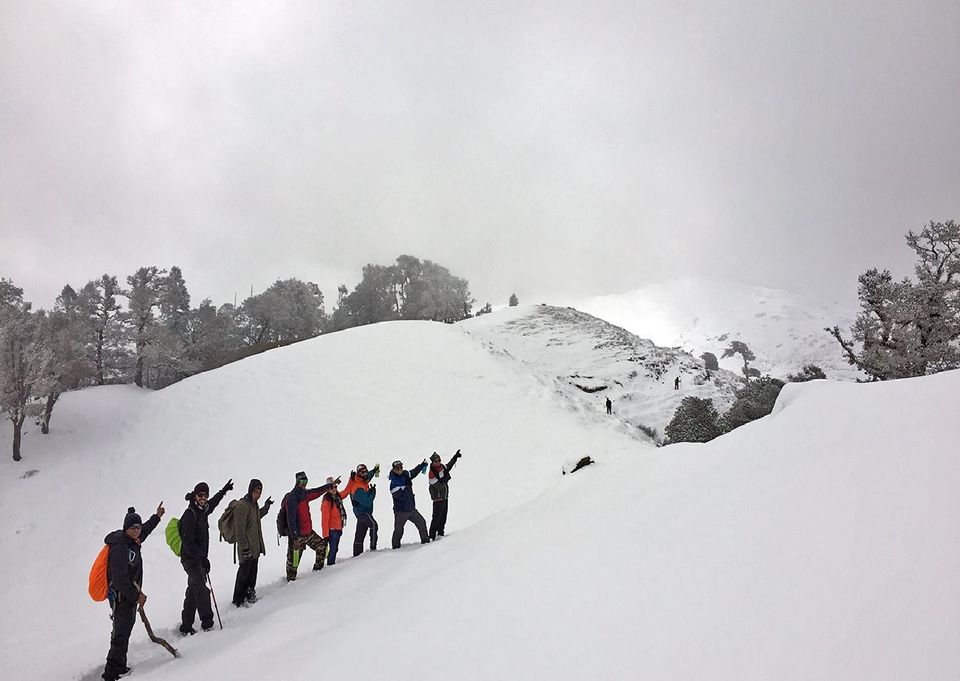 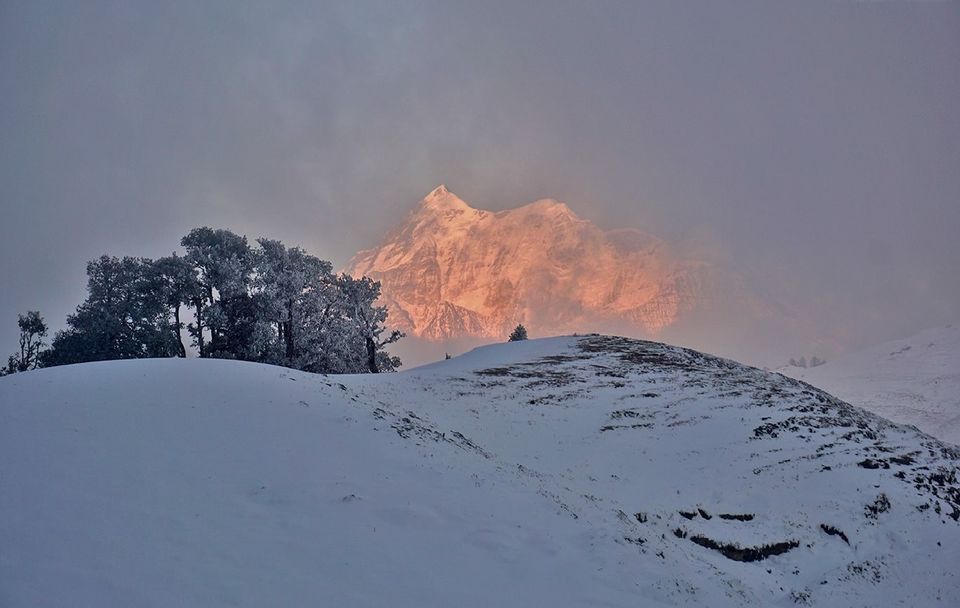 It was chilly but the wind not being there it was so much more fun. It did not snow further and we started our ascend to Brahmtal. The snow made the climb both fun and difficult. As the altitude meter climbs up you feel the dip in oxygen level and your pace becomes slower but on the contrary this makes you appreciate the beauty around you.

Jhandidwar is the highest altitude you will reach of 12000 feet surrounded by the mighty Trishul and other 7000+ meter mountains and with the clouds playing hide and seek its difficult to get a clear shot. 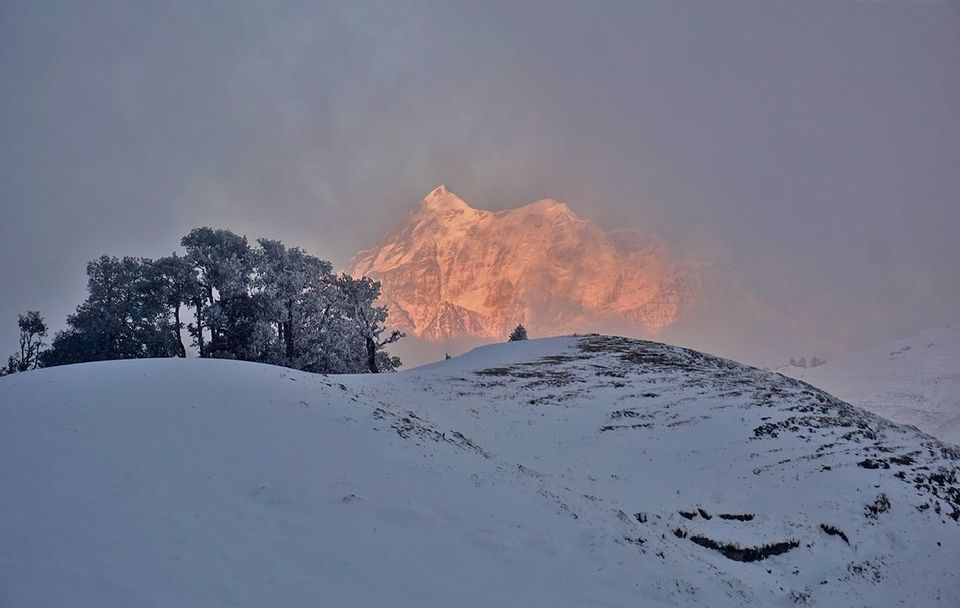 Brahmatal is a steep descend from Jhandidwar and one could either walk or slide through the initial part. 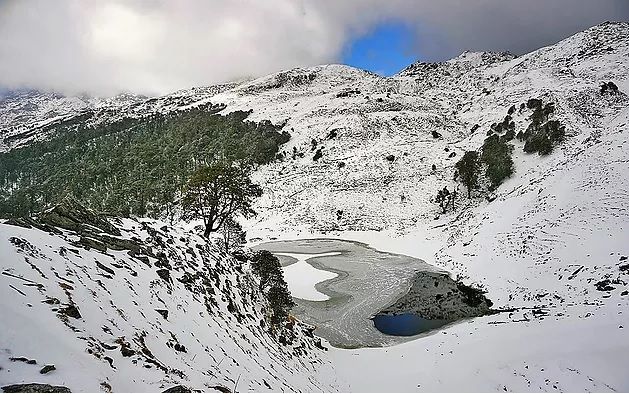