Amidst Peaceful Monasteries and the Burning Lake !!! 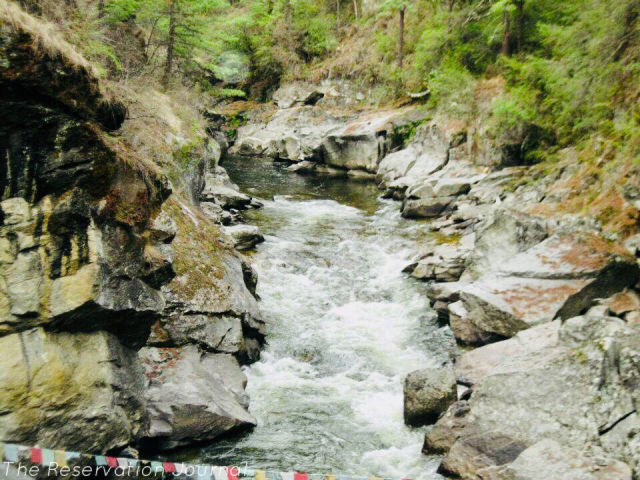 The Himalayan kingdom of Bhutan offers a variety of flora and fauna. The tranquil landscape offers much peace to the tourists looking out for solace, away from the bustles of daily life. The small kingdom has several scenic valleys, each of which has its own charisma.

One such valley is Bumthang (or Jakar), unknown to the throngs of tourists wriggling like serpents along the busy traffic point in Thimphu or hiking the Taktsang Monastery in Paro (though slowly and steadily Bumthang too has started to grab the notice these days). When we first heard of Bumthang, we were a little apprehensive of the long journey time it would take us to reach the quaint valley - a whooping 10 hours drive. But then, the stubborn travellers that we are, at last we decided to take the 7 AM bus to Bumthang from Thimphu, which would take close to 12-13 hours to reach the valley. As planned, we reached the terminus at 6:45 AM and were shocked to hear that the bus is completely booked out. Disappointed, we were ready to head back home when a driver asked us where we would like to go. Hearing Bumthang, he quoted a price of Rs.18,000/- for the return trip along with sight seeing. After a long and hard negotiation, he agreed to take us to Bumthang, stay there for 2 nights, take us sight seeing and then drop us back to Thimphu via Punakha, all for Rs.15,000/-. We were satisfied with the bargain since it was quite a steal and also we were more than eager to visit the valley.

After a drive of 2 hrs, the first stop was outside the city of Punakha. We stopped for tea and a light breakfast. One should note that these small roadside eateries in Bhutan might not have the best of spread but they do serve amazing local cuisines and piping hot tea. The toilets are also very clean. After refreshments, we moved on towards Wangdue.

Wandue Phodrang is one of the districts (or dzongkhags) of Bhutan and is famous for the Wangdue dzong. We were lucky to catch a glimpse of the old fortress before it was burnt down by fire in June 2012. A little ahead from Wangdue the road forks into two - one leading to Phobjikha valley and the other towards Trongsa.

As we moved along with our journey, the landscape changed as the road meandered its way through the high altitude. We could catch glimpses of the snow-capped peaks in the distant, while at times our eyes soothed watching the lush green fields down below. After a few hours of arduous drive we reached the town of Trongsa.

Another 3-3.5 hrs drive from Trongsa and we reached Bumthang. It took us nearly 10 hours with the breaks to reach the town. Approaching it, the valley appeared green with quaint little houses standing in the midst of green fields, a scene much similar to a sleepy European village town. Please note that accommodation options are very limited and might lack the basic amenities (though Amankora - a lavish super-luxury resort chain, is located right outside the town).

Bumthang is the capital of the district by the same name. Its importance lies in the number of sacred sites located there. Bumthang is mainly noted for dairy products, honey, apples and rice. There is a number of swiss dairy farms located there and you can take dairy tours to these farms. There is a small airport at Jakar- the Bathpalathang Airport which receives few flights from Paro and Gelephu.

We checked into Hotel Home which was located at a little away from the main town. The rooms were cosy and overlooked a pretty garden. Since it can get quite chilly, the rooms are equipped with traditional fireplace, but the hotel might run out of water and electricity at times.

Next day started off with visiting the famous sites in Bumthang/ Jakar.

1) Jakar Dzong: The dzong is located on a ridge and is a few minutes uphill climb on cobbled paths. It is also said to be the largest dzong in Bhutan. "Jakar" means "white bird" and the dzong was built when a white bird flew and perched on this ridge. The interior of the dzong has several courtyards lined with administrative offices. One could see the beautiful Chokhor valley below from the dzong.

Our next stop was the Kurjey Lhakhang.

2) Kurjey Lhakhang: A little away from the main town lies the Kurjey Lhakhang. It is named after "kur" (body) and "jey" (print) of Guru Rinpoche which is believed to be preserved in a cave inside the oldest of the three buildings. It is also the resting place of the first three kings of Bhutan.

The first temple is Guru Lhakhang which is also the oldest. There is a statue of Garuda with a snow leopard which depicts the famous struggle between Guru Rinpoche (Garuda) and the local demon Shelging Kharpo (snow leopard).

Sangay Lhakhang is small passage which the Bhutanese believes would leave your sins behind. In the upper floors a thousand small statues of Guru Rinpoche are lined alongwith that of Pema Lingpa and Drolma. The cypress tree behind the lhakhang is said to have sprouted from the Guru's walking stick.

The first king of Bhutan had built the second temple - Sampa Lhundrup Lhakhang. There are several paintings of local deities and a figure on white horse of Shelging Kharpo.

The third temple was built by the Queen Ashi Kesang Wangchuck. She had also built a wall with 108 chortens surrounding the temple complex.

From the Kurjey Lhakhang we headed straight towards the Mebar Tsho or the Burning Lake.

It is also known as Burning Lake as according to legends, Pema Lingpa, Bhutan's greatest treasure finder, saw a temple at the bottom of the lake in his dreams. He reached the spot and dive right in where he found a treasure chest and at that very moment he found himself back on dry land. The local people did not believe him and they took him to the same spot. There, Pema Lingpa dove again with a lit lamp in his hand and he told all those gathered that if he was telling the truth he would return with the treasure with the lamp still alight, and if he was lying he would drown. After a while, he did burst out of the water with a statue, treasure chest and the lamp still burning in his hand.

The lake is very scenic and tranquil and one can see small conical mounds as religious offerings to the living or dead. The site is very slippery and recently tourists are forbidden from walking down towards the lake since 5 people have already drowned at the site.

From the Mebar Tsho, we headed across the river towards Ngang Lhakhang.

Ngang Lhakhang: The monastery contains several paintings and statues of Guru Rinpoche and Zhabdrung. It also has a heavy woven iron cloak inside the monastery. It might not be as well conserved as the Kurjey Lhakhang, but it certainly has its importance in the Bhutanese history and culture.

Bumthang is a very safe place and one does not need to worry a thing about pickpockets or snatching. But one needs to be cautious about the remote location of the valley, which makes it harder for the tourists to find decent hotels there. The shops and restaurants shut down quite early and it would not be wise to stray far from the main town after sunset. Also, being a Himalayan kingdom, Bhutan has its fair share of diverse flora and fauna and Himalayan bear sightings and attacks are quite frequent in the hilly areas. So beware of the surroundings after dusk since the valley is surrounded by dense forest.

And last but not the least, enjoy the warm dumplings (or momo), soupy noodles and a couple of drinks of Bhutan Highland whiskey or Raven vodka to keep yourself warm!!!