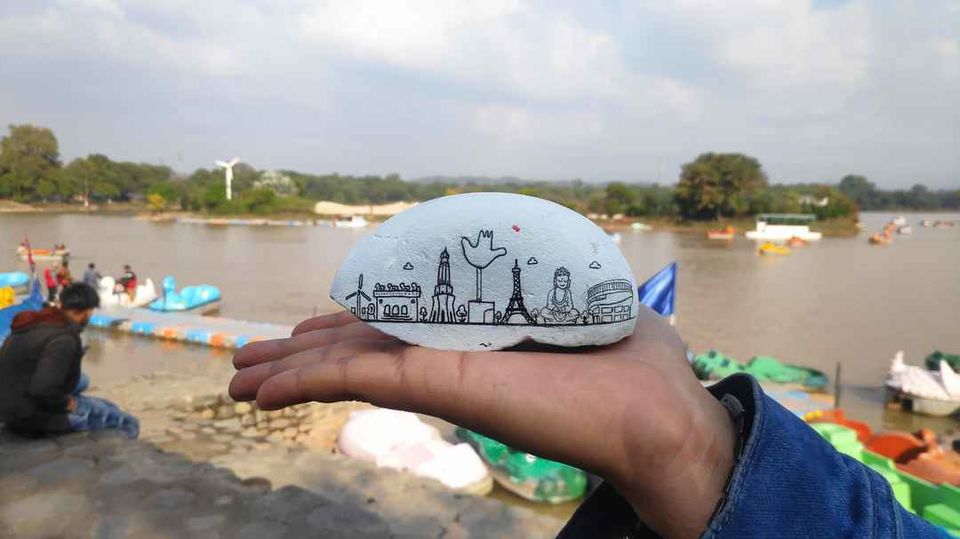 This trip was a little different from my previous ones. Usually what I do is, I search for a spot, avoiding looking at its pictures and any details about it and just head to that place and explore it myself. But as I used to live in Chandigarh for about 3 years, I had visited Sukhna Lake multiple times before. So what’s the catch? Why am I even writing about it? Well, you’ll know after reading this.

On a lazy Saturday morning I woke up with no plan to go anywhere but after my breakfast I felt like I needed to go somewhere and on the top of my head I was like “Sukhna Lake” so I got ready and headed for it, the first time ever solo.

So I reached here and it was nothing new, I just sat by the lake and observed people but for some reason I felt like I should explore this place and so I did. Funnily enough, I got to know about it way more. I didn’t even know there is Shoe Island not representing shoes but it's in the shape of a shoe but offers beautiful LEDS, I’m sure that would’ve looked amazing but as I was there in the morning it was not to be seen by me.

After that I left for a brisk walk around the park as by the time I got over the awe of me not knowing a lot of people had come by and what do you know, more places I didn’t know about. A serene experience awaited me as I entered what is known as The Garden of Silence. A giant statue of Buddha welcomed me and I felt like I was one with the zen or I guess that was my imagination, but it sure felt amazing and I just did not feel like leaving the absolute calmness I felt there. With that said I will not mention how long I spent there.

After some retrospection I found out that I didn’t know this place after all, I just briefly knew about it. Finally I did the unthinkable, I grabbed some information about it from the internet but I guess it’s fine as I was at the spot. I found that there were alot of other spots at Sukhna Lake such as a shopping area, a tower. I would’ve loved to stay and explore but I was running out of time as I needed to head somewhere else soon, being an adult I guess. However, I did make a quick run to the Jungle Trail and Nature Interpretation Centre, the former one was true to its name, as it is literally like a jungle. The latter one was actually quite fascinating, it looked exactly like the house of teletubbies, I’m not even going to deny it. I was a bit disappointed not to find those chubby creatures but other than that it was great.

Overall, I’d say this trip was not an adventure per say but it was an eye opener for me. As it made me realize I need to explore my previously visited places as well but in depth and see their own beauty.