Varanasi Travel GuideVaranasi TripsWhat I Learned About Life, Happiness & Kindness From My Trip To Varanasi

What I Learned About Life, Happiness & Kindness From My Trip To Varanasi 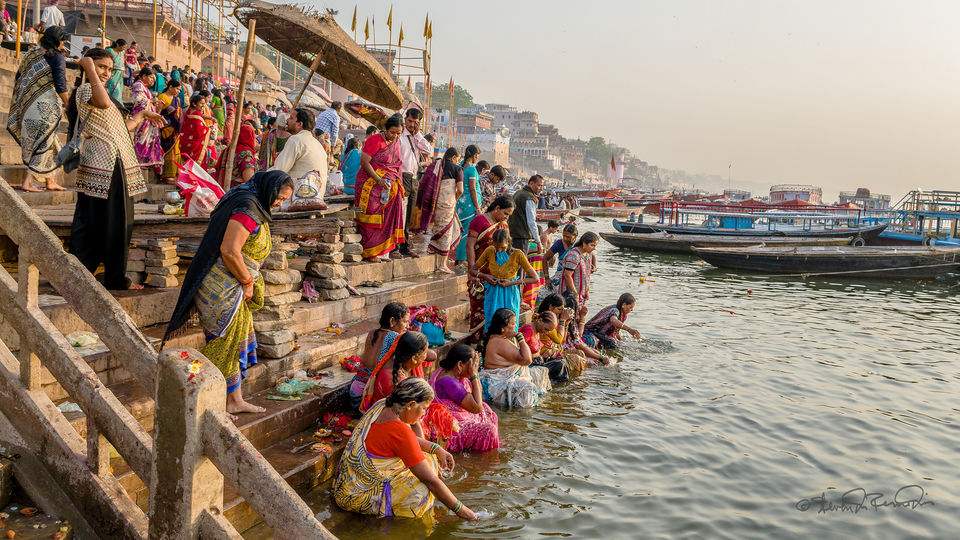 I want to share a story about my recent trip to Varanasi.

On our second day in the city, we were taking an auto back to the hostel after spending the entire day at Assi Ghat. And once we reached the hostel, we got down and forgot our bag, containing our camera, both our wallets and my phone, in the rickshaw. Since we had already taken out the cash to pay beforehand, it didn’t strike us to check for our bag before getting off.

We only realised once we began looking for our key to unlock the room. In a panicked frenzy we tried everything to try and get in touch with the auto-wallah, but without a license plate number or even a name, it was near impossible.

After about an hour, when we had given up and had finally decided to go to the cops to file an FIR, we witnessed a miracle. As we were leaving from the hostel in a cycle rickshaw, we heard someone shouting and when I turned back to look, it was the same auto driver! He had come back with my bag and not even a penny was missing! We tried to repay but all he wanted in return were prayers for the success of his new business venture.

Our Varanasi trip was filled with such gestures of kindness. The journey was as insightful for me as it was fun. Even after coming back, I ended up contemplating about how we see our life and the world as a result of it. And I made some deductions too. Here they are, for you all to read. Let me know what you think.

People aren’t as bad as I thought

With so many negative stories in the media and people’s negative experience, I usually go into the world prepared for the worst. But barring a few unpleasant experiences, I’ve never really come across “bad” people. That is not to say that I am looking at the world through rose-coloured glasses. But I would like to believe that there is more good in the world than we are made to believe. And this Varanasi trip reinforced this.

Happiness is a state of mind

I might have used this several times even while travelling. Varanasi is a very chaotic place. In the beginning, it is a major sensory overload because something was happening all the time! If a similar situation existed in a place like Delhi, a lot of people would’ve been victims of road rage. But not in Varanasi. Despite all the chaos there, everyone is in a sense of calm and not bothered about what is going on around them. They’re content with their own little world. And there were times I was jealous of that state of mind.

We make mistakes every step of the way, but when we have to be on the receiving end of someone else’s, we often react very strongly. In Varanasi, this behaviour was more or less absent. If someone on the road bumped into a vehicle, they just apologised and were forgiven just as easily. It was the same for every other scenario I witnessed. And it was kind of liberating. I felt for the first time that forgiveness wasn’t a difficult thing to achieve.

If you can’t do something about it, let it go

I always try and implement this learning in my life wherever I go. But the people of Varanasi take this a step up. If an activity is easily doable or achievable, they’ll do it and otherwise not bother with it. And while this might not always be the way to go, learning to let go of things is something we can all get better at. It allows more peace of mind and let’s us focus on the more important things.

I’m saying this at the risk of sounding too philosophical, but it was something that was quite evident in Varanasi. Not only did people not bother bother getting riled up or angry, but they went out of their way to help others. I think it’s built into their way of life and kindness is just an involuntary gesture, and not something that you consciously work your way up to. This is what should be taught in schools.

Have you experienced kind acts from strangers? Let me know in the comments or better yet write about your experience on Tripoto and share it with millions of readers.