Chengdu: Home of the Giant Panda. 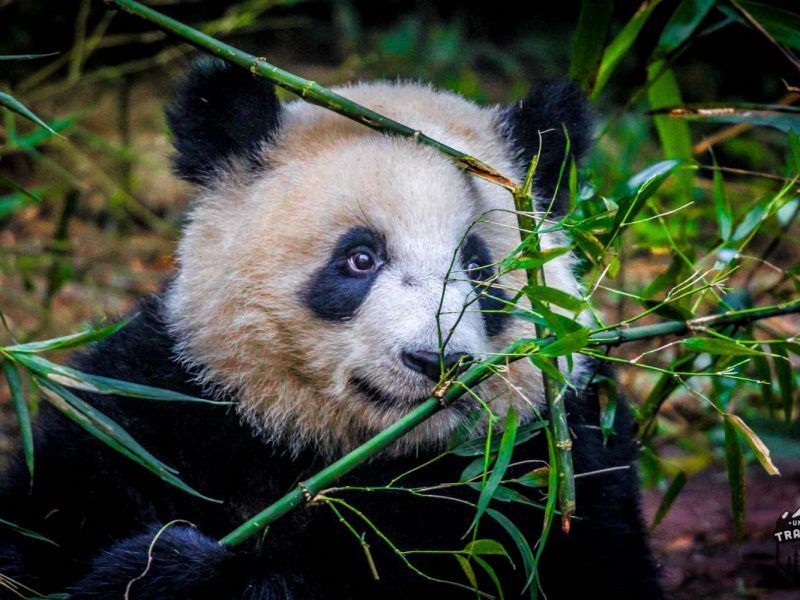 ChenTo see Pandas in the wild is extremely difficult so the best place to see them is at the Chengdu Panda research base of giant panda breeding. Chengdu is in Sichuan province in western China.

Normally I’m not a fan of visiting Zoos or animal parks (they should live in their natural environment) but the Panda breeding center in Chengdu is genuinely very good.

The Pandas have a well sized and clean living space and they are really well looked after by the people that work in the center. Best of all the employers show pride in working there.

The park is home to around 60 Giant Pandas and also a number of red Pandas. There are a small museum and a cinema showing a short documentary about what’s being done for the Pandas. 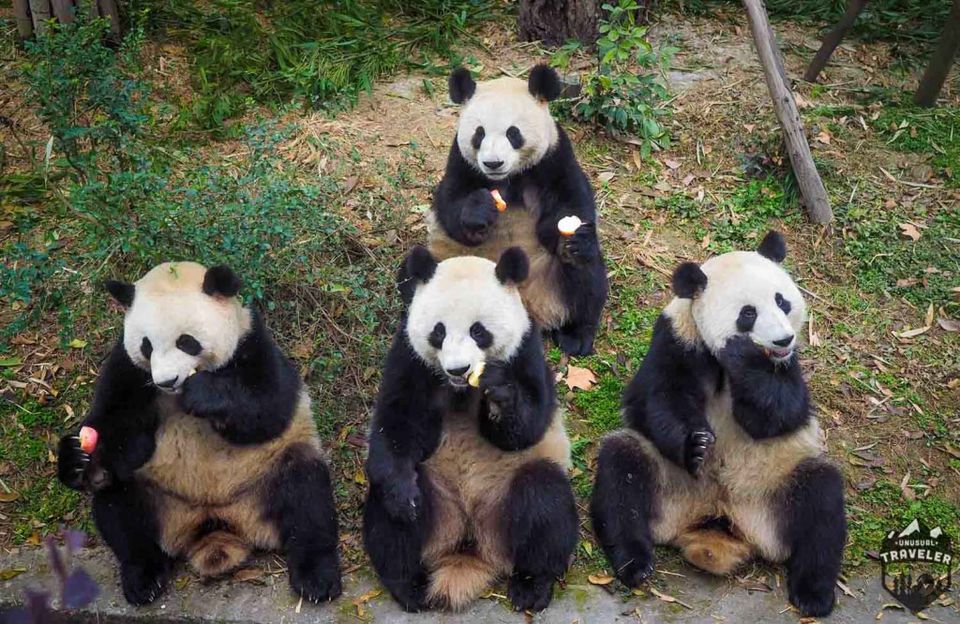 The Panda is the laziest animal in the world, they do little more than eat and sleep. Pandas sleep during the hottest time of the day, so if you decide to visit, you should do it before and while it eats. Since the panda only eats bamboo and bamboo contains a very small level of energy the panda needs to eat as much as 9 to 14 kg (20 to 30 lb) of bamboo shoots a day to compensate for its low level of energy. To obtain this much food means that a panda must spend 10 to 16 hours a day foraging and eating. The rest of its time is spent mostly sleeping and resting.

However, they do branch out with about 1% of their diet comprising other plants and even meat. While they are almost entirely vegetarian, pandas will sometimes hunt for Pikas and other small rodents. 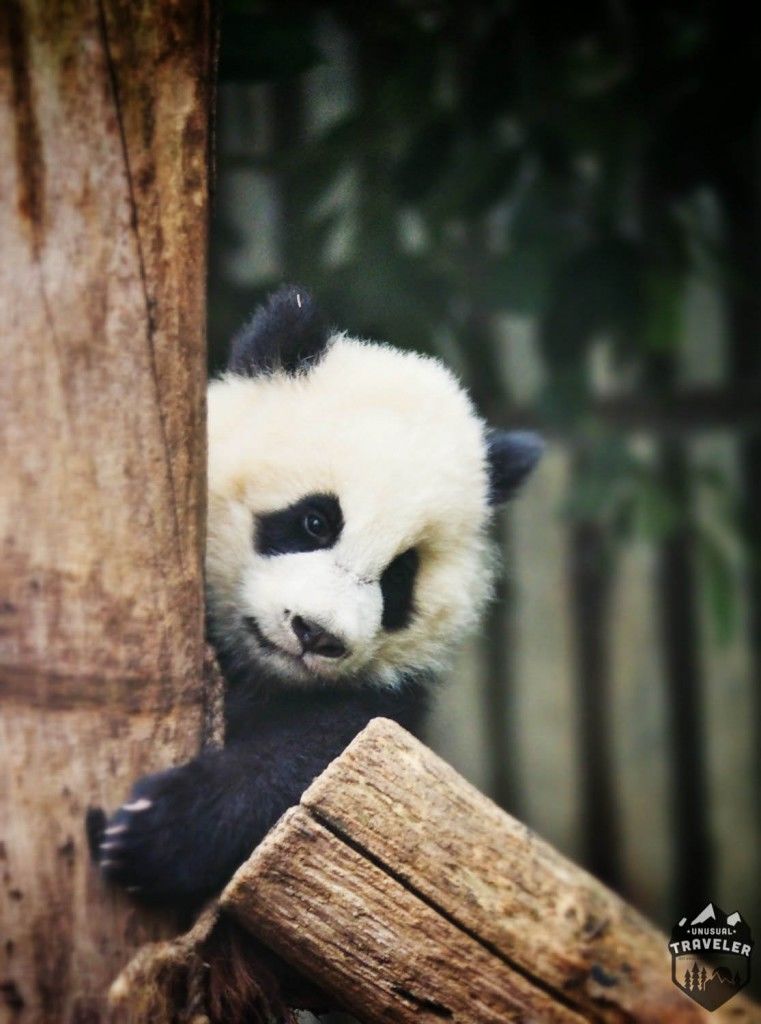 To watch the panda while it sleeps is pretty boring so you should be there when the parks open at 8 am and I recommend you to be there around 7.45am to skip the long queues when the hordes of Chinese tour groups and school groups arrive. At this point, you will go from being more or less alone in the park to being in a cramped space fighting for any view at all.

One of the highlights in the park is to visit the ‘kinder garden’ where they keep the panda cubs. Pandas give birth around August, but the center doesn’t allow public viewing of the cubs before November to December. So the best time to visit is December when you stand the best chance of seeing a Cub. 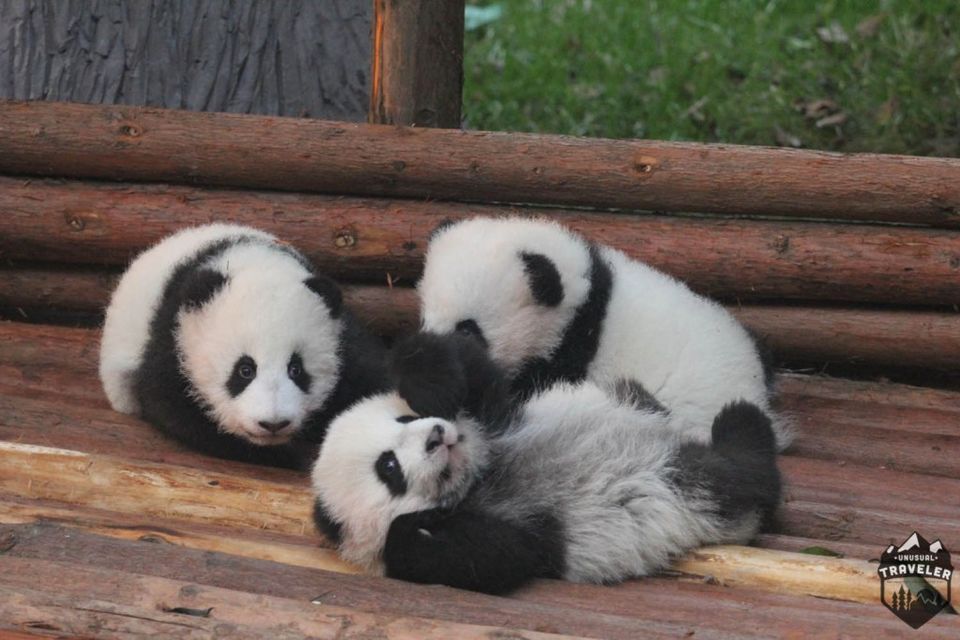 After you seeing the giant Pandas, you can see the red Pandas. They are in enclosed area with footpath to walk on, the red panda will walk right to your feet but be careful they do bite!! 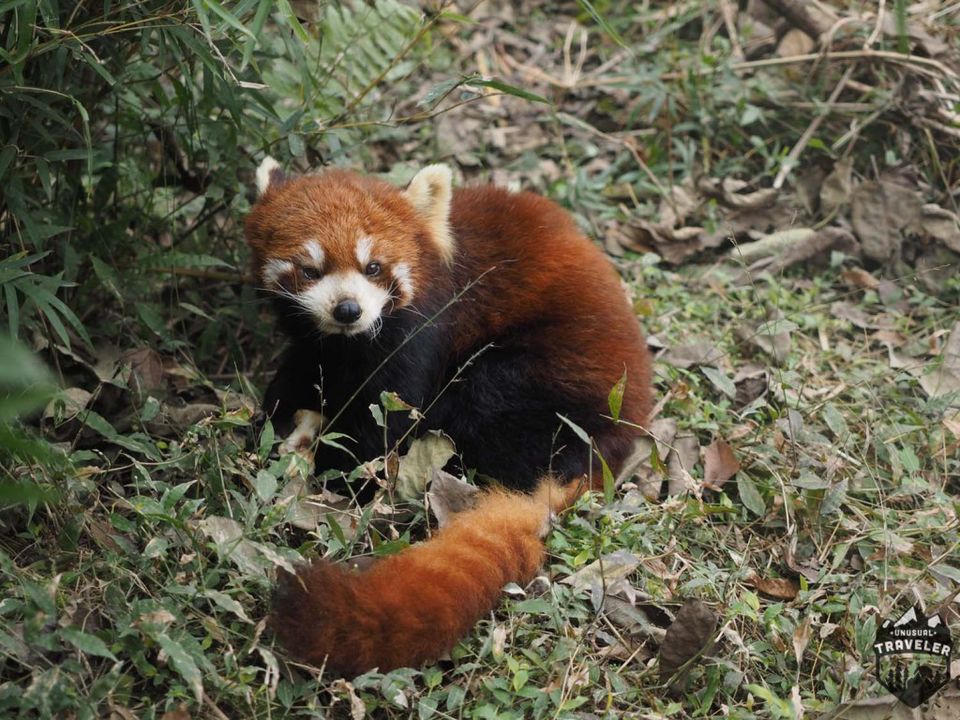 5 Facts about the Giant Panda. 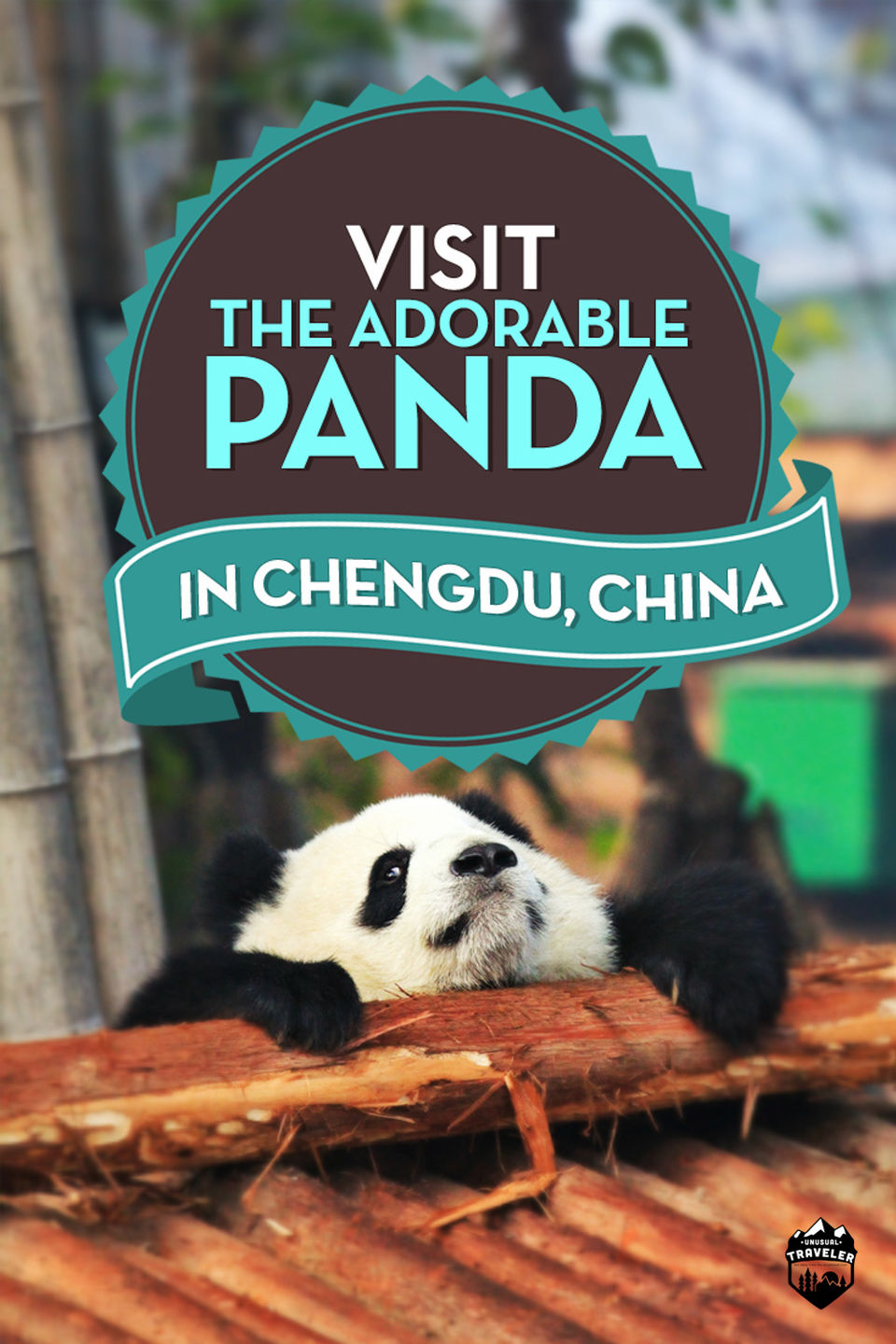 There are only about 1,000 giant pandas left in the wild. They are classified as endangered.

At first glance, the giant Panda seems to resemble a Bear but, in fact, its features show it has a stronger affinity with raccoons.

Keeping even a single Panda in a zoo is expensive. A panda costs five times more to keep than the next most expensive animal, an Elephant.

In China, giant Pandas are considered to be national treasures

Pandas have been a symbol of peace in China. For example, hundreds of years ago warring tribes in China would raise a flag with a picture of a panda on it to stop a battle or call a truce.

100Rmb, no student discount for foreigners.

Getting to The Giant Panda Research Center.

Every hostel and hotel in Chengdu offers tours to the center but there is absolutely no reason to take the tour, and I would actually recommend you NOT to take the tour. Why?

I have met a lot of tours in the park, they arrive late when the hordes are already there and they rush around the whole park with only spending limited time in the ‘kinder garden’. It’s very easy to reach the park with public transportation.

A taxi should be around 30-50Rmb for the whole car.

Where to stay in Chengdu.

Chengdu has some world class hotels and I have stayed in most of them over the years, but my favorite is Flipflop hostel. Flipflop has by far the best location in the city, located 5min from the main square and shopping street, Chunxi Road where you got the metro, bus stops and plenty of food options. It’s also a 15min walk away from the Xīnnánmén bus station. The staff is super friendly and helpful and its a popular place for foreigners so you’re guaranteed to meet other travelers. From 40RMB for a bed in a 10-bed dorm per night.

Don´t forget to read about how to see the Great Ape, the Orangutan!