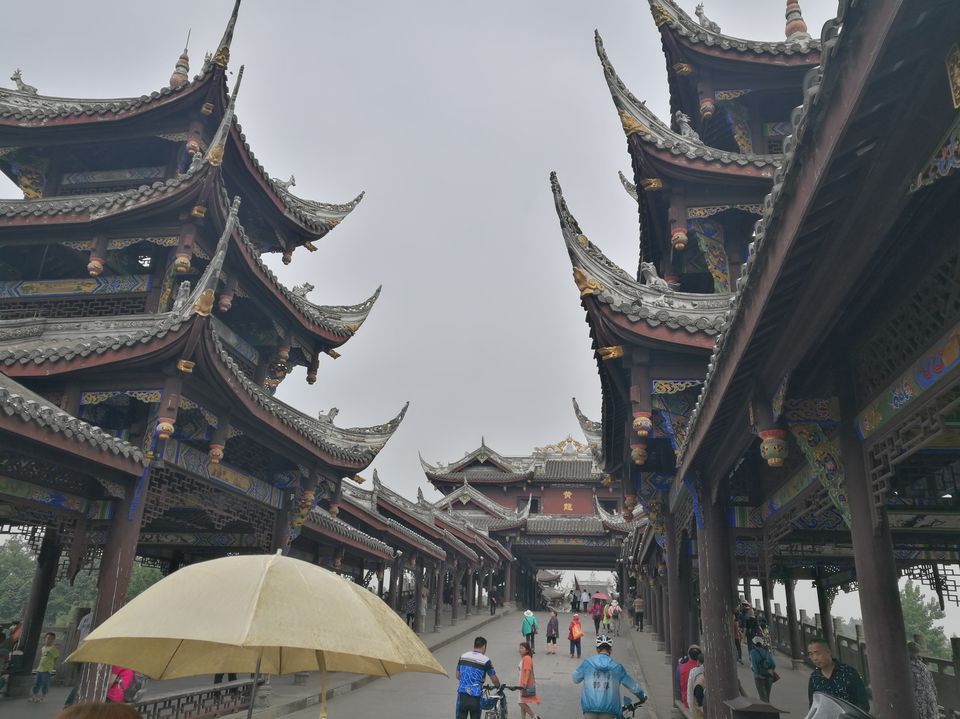 China is a competitive name on the list of most popular tourist destinations in the world. It is also considered to be the world's largest source of outbound travellers. In recent years, the country has seen an extensive rise in the Indian tourist population. Considering these factors, Indian domestic airline, Indigo, has introduced cheap return flights to Chengdu city of China.

With round trips for as low as Rs 13,000, the rustic ancient towns near the city have become effortlessly accessible.

Chengdu in Sichuan Province of China is well-known for its ancient Chinese towns. These towns have been preserved and maintained till date. Here is a list of a few ancient towns near the city that you can plan to visit on your next trip to China.

Located about 95 km from Chengdu, this ancient town is said to be more than 2000 years old. Also known as the River Village, this town was an essential part of the silk route. It was the starting point of the historical route. With Banyan trees as old as 1,000 years and buildings that can be traced to the Ming and Qing dynasties, Pingle Ancient Town offers some stunning architectural landscapes.

Named after the emperor of Shu Han dynasty, Liu Shan, this ancient town is just 20 km drive from the Chengdu City. Some of the famous constructions of the formerly called Wanjing Street are Huguang Guildhall, Guangdong Guildhall, Hakka Museum and several others. The old town boasts of 2,000 years of craftsmanship in Shu Brocade, which can be used as a unique souvenir for your friends back in India.

Located 278 km from the Chengdu city, this old town is positioned near the Yangzi River. The town's history can be traced back to the Ming dynasty. Li Zhuang has served as an important location for academic centres and also a safe house for many during World War II. When visiting this place do not miss the Li Zhuang White Meat (a pork dish) and its well-preserved architecture.

Liujiang has landscapes straight out of a postcard. The ancient town is believed to have an 800-year-old history. It will take you by surprise with its old enchanted trees, lush green foliage, traditional courtyards and scenic rivers flowing right through the town. A boat ride in this magical town will transport you to a time when things were much simpler.

Shangli is a two-hour drive from Chengdu. Home to hundreds of art students in summer, Shangli is a town with many things to boast. On one hand, it is adorned with mountains, rivers, lush greenery and waterfalls, and on the other, the old alleys and houses of Qing-dynasty is a treat to one's eyes. It is a beautiful city, but it still bears the marks of the devastating earthquakes of 2008 and 2013.

Popularly known as the ‘Back Garden of Mount Qingcheng', Jiezi Ancient Town is a perfect blend of culture and nature. With mountains like Qingcheng and Tianguo nearby and several famous padogas (traditional temples), Jiezi makes a good spot for hikes and cultural exploration. The town is almost 1,000 years old and traditionally means 'a small street'. It is 60 km from Chengdu City and can be covered easily if you have limited time in hand.

This town is said to be a must-visit for anyone who is in Chengdu. With a history of more than 1,700 years, Huanglongxi Ancient Town has faded old roads, buildings from the Ming and Qing dynasties and antique residences that were a significant part of Chinese history. The town is also known for its crystal clear waterfalls, lakes and mountains that together make up the stunning landscapes. Huanglongxi is also a popular destination for film shoots across the world.