Where To See The Mysterious Red Panda In India

Before I begin, there are a few things you should know about the fascinating Red Panda in India

• It is the only surviving species of the genus Ailurus and the family Ailuridae, which are a type of bear family.

• Though the Red Panda is not directly related to the popular Giant Panda, because of a similar diet and solitary behaviour, they share a second name.

• Local names of the Red Panda in India are synonyms of the Nepalese bhalu biralo, which means "bear cat".

• The Red Panda sleeps all day and wakes up at dusk to eat for a little while until the sun sets. They then wake up at dawn, eat and go back to rest till dusk. The Red Panda, because of their low calorie diet, do little more than eat and sleep.

• Similar to the Giant Panda, the Red Panda cannot digest cellulose and therefore needs to eat massive quantities of bamboo to survive. They also feed on small mammals, insects, flowers and berries.

Let's talk about the Red Panda in India

• India has about 20 protected areas aimed at conserving the Red Panda population. These areas fall within Sikkim, Arunachal Pradesh and West Bengal.

• All three of these parks also have popular trekking trails within them, which causes major disturbance for the solitary panda.

• The biggest threat to the Red Panda in India is the excessive extraction of fuel wood from forests. This causes deforestation of bamboo jungles, which unlike grasslands, take a longer time to grow back. Bamboo trees are the natural habitat of the Red Panda.

• But Forest Departments, Environment and Wildlife Management, and the World Wildlife Federation are effectively working towards securing forests. By providing alternates to fuel wood in villages and seeking support from local communities, activists hope to safely maintain the national parks, which are a natural habitat for several endangered animals.

• If you are on a trek inside any national park, please follow eco-friendly methods of travelling, such as not leaving any trace behind, carrying your garbage back with you and avoiding any sort of pollution. Find out more here.

This is where you can find Red Panda in India

Situated in the unexplored terrains of Kalimpong Hills, the untouched natural forests and dense bamboo groves of Neora Valley give shelter to several endangered species that are protected in this area. The national park is also connected to the Pangolakha Wildlife Sanctuary, another habitat of the Red Panda.

To reach Neora Valley National Park, you have to reach Lava (34km from Kalimpong), which is the nearest village. From there take a jeep ride to the national park, which because of the bad roads, takes upto an hour. You can easily get the permit from the forest office in Lava. 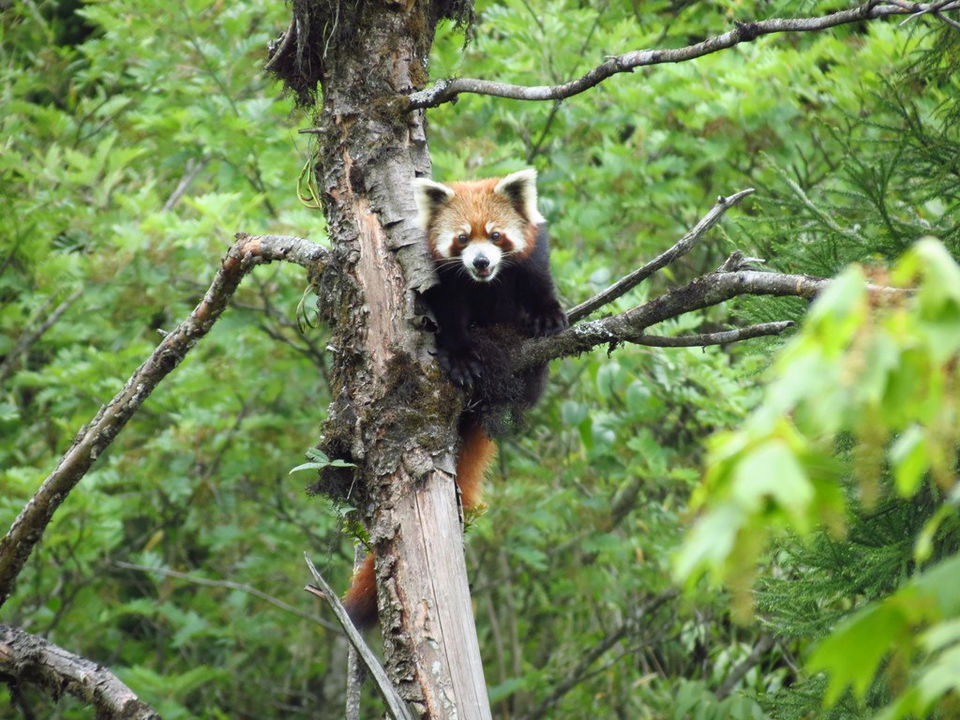 One of the highest biosphere reserves in the world, the Khangchendzonga National Park is home to several endangered animals as well as highly popular trekking trails. Trails to Goechala, Dzongri, and the Green Lake pass through the national park. Being at the centre of the Eastern Himalayan bamboo belt, the national park has a good density of the Red Panda.

To reach Khangchendzonga National Park, you will have to hire a shared cab from Gangtok. The closest airport is in Bagdogra and the nearest rail-head is New Jalpaiguri, Siliguri Junction (221km away). The entry fee is Rs 200 for Indian nationals and Rs 400 for foreigners. No vehicles are allowed inside the national park, so you will have to explore it on foot.

View of the Kanchenjunga peak. 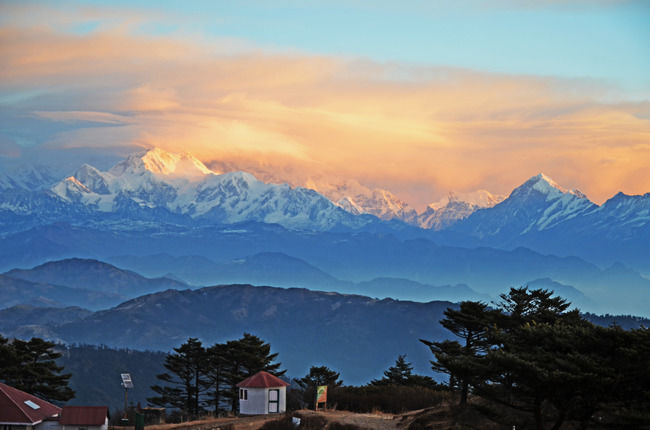 The Singalila National Park had the highest density of Red Pandas in India, until a major forest fire swept through the park in March 2006. After that, only 20 to 25 of the species were left in the area, giving rise to Project Red Panda for their reintroduction in the wild from captive breeding.

The extremely popular trek to Sandakphu from Phalut is also within the Singalila National Park.

To reach Singalila National Park, start your journey from Siliguri to Tonglu via Kurseong. The nearest railway station is Ghoom, 31km from Tonglu. Bagdogra is the nearest airport to the national park. You can get the entry permit from Manebhajan shortly after Tumling. It costs Rs 100 for Indian nationals and Rs 200 for foreigners. 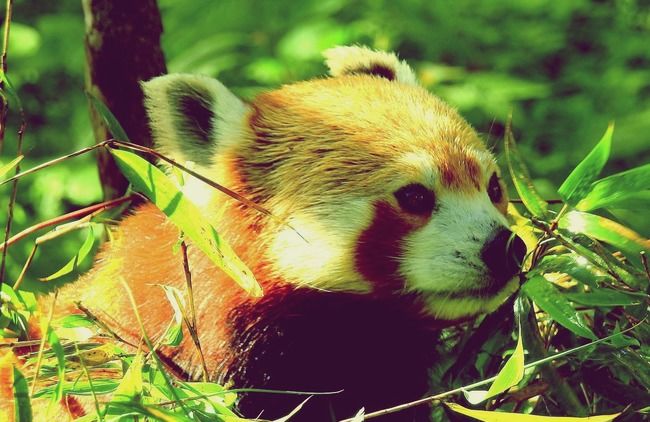 Outside these three national parks, the Red Panda in India is also spotted in some wildlife sanctuaries, such as Barsey Rhododendron Sanctuary, Eagle Nest Wildlife Sanctuary, Pangolakha Wildlife Sanctuary and Maenam Wildlife Sanctuary. But given their overall small number, it might be slightly difficult to spot them in the wild. Hopefully, however, this will change in the future.

Also check out A Literal Encyclopedia To Exploring 11 National Parks Of India On Foot.