The abode of Gods

Dewas literally means the abode of the Gods. I had been hankering to visit this quaint town for quite some time. There was no particular reason for the hankering. I knew it housed some temples. Those temples are neither well known like Ujjain or Omkareshwar nor are they known to be any architectural marvel. But still there was some pull which was drawing me towards Dewas.

I was to board my bus for Udaipur from Indore in the night. I decided to make a day trip to Dewas. It was still dark when I got down at Sarvate bus stand and boarded into a bus for Dewas. I literally alighted from one bus and squeezed myself into another. In Madhya Pradesh government transport is only namesake and the private buses are the only mode of transport for the commoners. When I arrived at Dewas it was still dark. I alighted at the bus stop. It was pitch dark. Not a soul was to be seen on the roads. I wanted to freshen up before I started for the temple. I found only one lodge on the road by name Surya. It was undoubtedly the ugliest lodge I had ever seen in my life. As stated earlier I just wanted to have a bath and had no plans to stay overnight. Moreover there was no other better option in my hands. So I decided to put up at Surya.

After bath I started for the temple which locales call as Tekri meaning a hillock. It was six in the morning and was terribly cold. The temple is near the bus stand and is walkable. You do not need any conveyance to reach there. Rather it would be appropriate to say that no conveyance reaches to the top. Though I was able to spot policemen riding their bikes to the hillock.

Before the ascend to begin I was able to spot the bungalow of the famous classical singer Kumar Gandharva to my left. I was superexcited. But the fact that the great singer is no longer alive and I would not be able to meet him in flesh and blood disheartened me. I thanked all the recording companies for preserving his voice for many generations to come.

As it was petty early in the morning even most of the shanties selling flowers, coconuts, chunari, photos and other religious paraphernalia were still closed. The vendors were brushing their teeth and heating water on the earthen stove for bath.

I entered the iron gate which was probably erected to prevent motorcycle riders from taking their bikes to the top. I began the steep climb. The tekri appeared to be a favourite spot for people of Dewas to go for morning walk and exercises. Men and women in tracksuits and walking shoes were climbing and descending, greeting each other a good morning. There was a man who was climbing alone with marathi songs from the film Asthavinayak playing on his mobile. I was proud to hear marathi songs being played out of Maharasthra. But I was equally ashamed as a marathi man was committing the sin of breaking the peaceful, serene and pious environment with the noise blarring from his chinese handset which promised high pitch sound.

There are benches installed on the way for the pilgrims to sit. Many of them were broken. There was drinking water facility as well. However the plight of the water station was such that I doubt if anyone would dare to drink a single drop therefrom.

The walk though steep is not much in distance. As you climb up mesmerizing views of Dewas town are on offer. The town had slept with a blanket of mist over it. The Sun had come gently kissing the houses and making them to get out of the blanket.

Until I visited Dewas for me Kho-Kho was just a game. But I discovered Kho-Kho mata's mandir on the way to Parikrama. I was happy to have found a goddess with an unusual name. I wish there was some more information available regarding the Kho-Kho goddess. 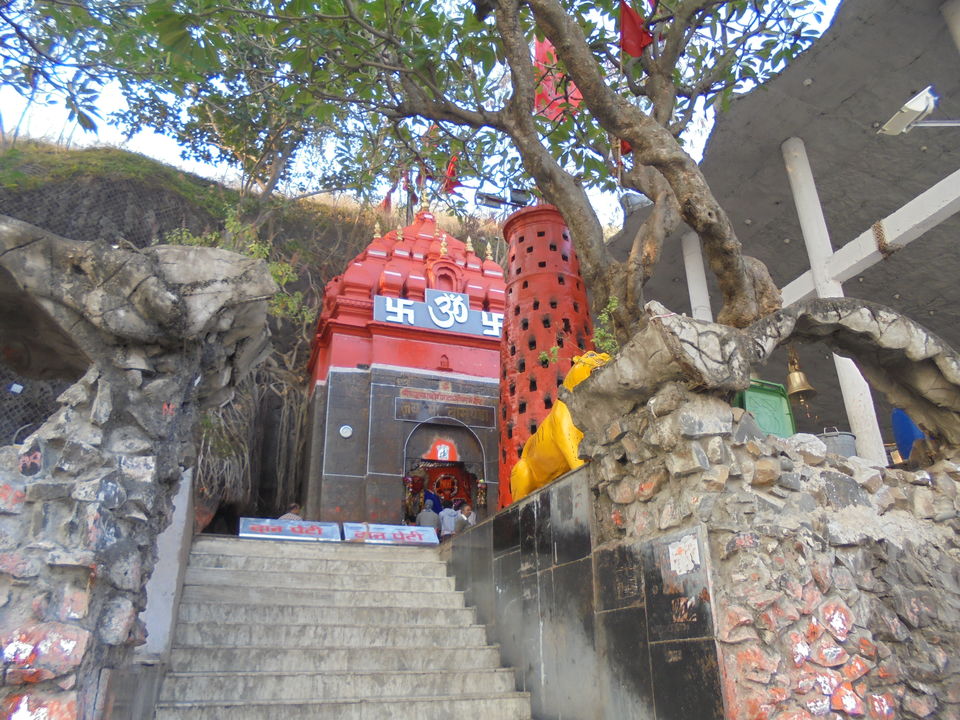 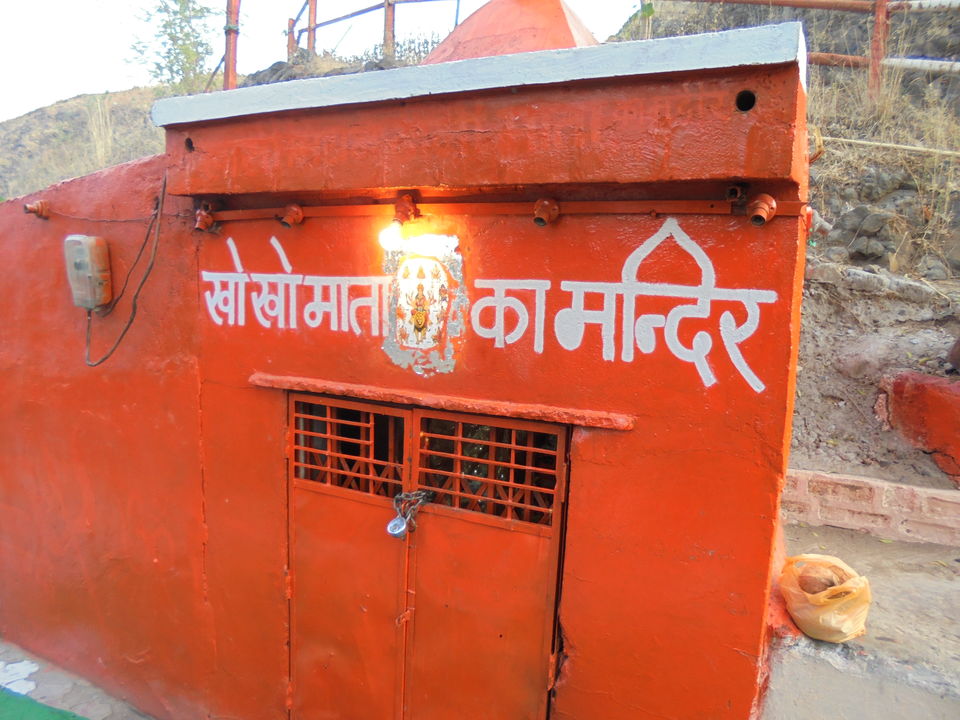