BANGLADESH or UAE:Where would you go?

In the past four months I have lived in two Islamic countries, the first being an under developed nation economically and the latter one being one of the fastest developing economy of the world. The underdeveloped nation is Bangladesh and the rich economy being UAE. Living in such different economies and societies but a similar culture made me question what it actually means to be developed or progressive. Is having wider roads and tall glitzy buildings the way to judge a development of a nation or has it got to do with culture and evolving with development ideas rooted in the context ?

Bangladesh is a country with 90% population preaching Islam and the remaining 10%population comprises of Hindu, Christians and Buddhists. Dhaka, capital of Bangladesh is also called as the city of mosques and has one in every neighbourhood. Living there for a quite some time made me familiar with all the azan (call for prayer) times and the first azan of the day worked as the morning alarm. When you are living in a city or say a country which has very few tourists coming in, it presents itself in the rawest form. You might find it overwhelming initially or even more to live in a place with culture or religion so foreign to yours.

UAE, is an Islamic country that is a federation of 7 emirates with Abu Dhabi as its capital and Dubai being the tourist destination. It’s an absolute monarchy as opposed to Bangladesh which is a democracy (with difficulty). A very small percentage of people living in UAE are Emiratis and that becomes one of the primary reasons why it is possible to have free education, free healthcare, marriage funds and various other facilities. It was a tax-free country until this January and I think this gives the economic background of the country. One who visits Dubai and has been to other developed economies will not understand what the hype is about. Abu Dhabi is the conservative capital and Dubai trying to be the liberal one.

The transition from living in Bangladesh to UAE is that of a sanitation upgrade which is a much needed one. Bangladesh is a country that has government which runs on aid and UAE has the lavish lifestyles and exotic pets. Dubai is making more and more artificial islands to attract tourism and Bangladesh cannot figure out a way to reduce traffic jams. It’s obvious anyone would think that UAE is the progressive one or the better one unless you have visited them. If you are looking for culture and history, then UAE is not the place to be. A country that boasts about being the one fastest developing nation in the world is still so conservative in its thinking. They have 5000 mosques with only 3 actually possible to be visited by everyone only if you are dressed in their clothing. Why is wealth not used to liberate people where the girls so small to even understand what religion is are covered in abaya. Bangladesh might not have sanitation or wide roads or ordered city structure but it gives you authenticity and you have to be brave enough to accept it because living in a religion that you don’t identify with or which is considered to be very conservative or doesn’t hold women in the best light is a tough place to live in. Bangladesh because of the mix of Bengali and Muslim culture takes it a step ahead when it comings to having a liberal society to live in but is still held back because of the religion in some ways. You go to the countryside and you feel the hold of the religion loosening on people. There’s no compulsion to wear burqa but you have be clothed properly before entering the mosque and if you don’t belong to their religion then it becomes more flexible as opposed to UAE which has rules even for the non-Muslims before entering religious places. What’s saddening about such place like Bangladesh is that they have a lot to offer to the people when it comes to culture, food and history which is entirely their own but it’s places like Dubai that get people attracted to them and who need to invent heritage museums and global village in the name of culture and there could be nothing more plastic than that. 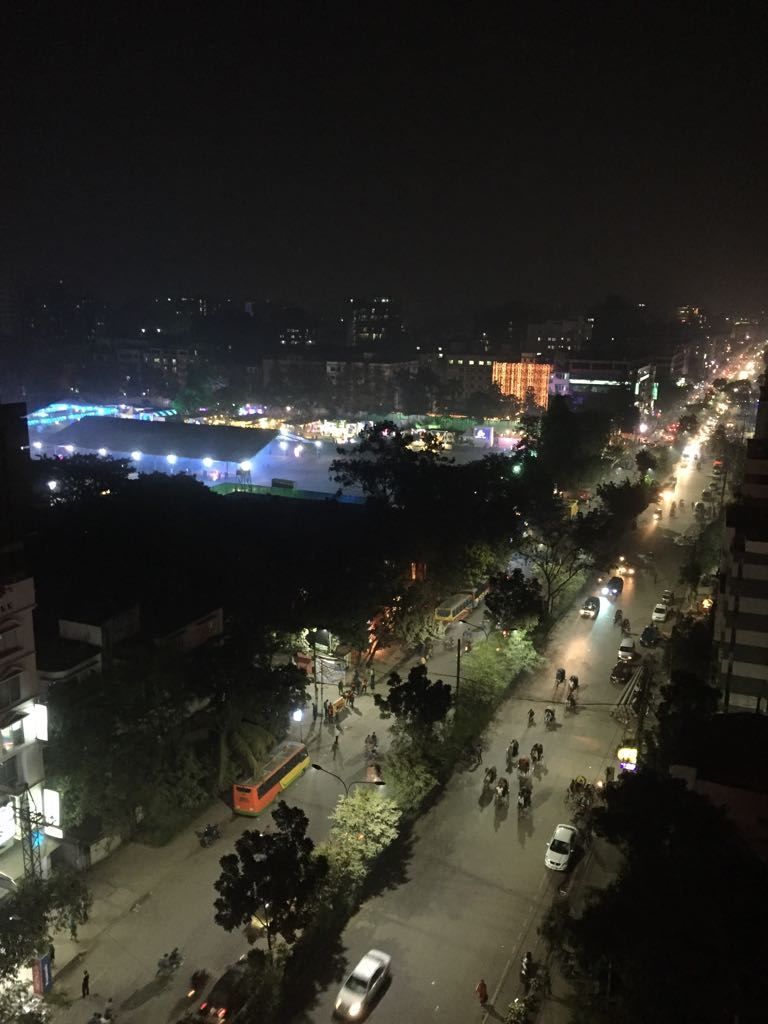 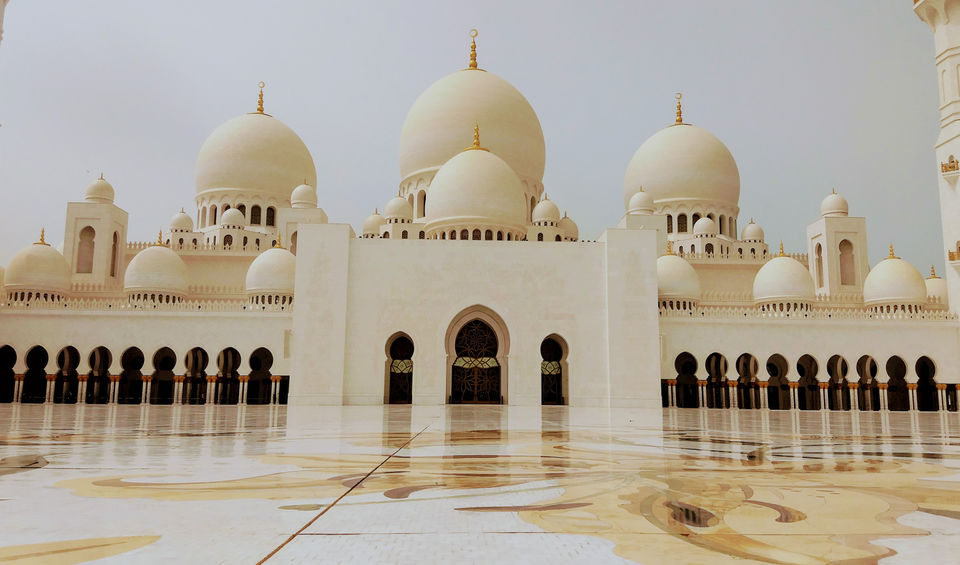 Islamic architecture focuses on the enclosed spaces as opposed to the exterior or the façade. The façade rarely reveals the function behind it .It’s an architecture that doesn’t change its form so easily if at all according to the function .It is the dissolution of this balanced plan within an Islamic architectural complex, it’s absorption into a maze of additional structure which ,like accretions comparable to the natural growth of coral reefs or cell structures of irregular form ,accumulate around the nucleus of the original design ,eventually engulfing it. Sheikh Zayed Mosque in Abu Dhabi which is one of the three mosques open to public and is placed in isolation and stands for grandeur. It’s not modest in its scale and makes you wonder how is it so clean. It stands for wealth more than spirituality and maybe that’s what it is trying to do, to show how rich and powerful their religion can be. But since when does praying need to be about grandeur. If you ever visit Bait-Ur-Rouf mosque designed by Marina Taboussum in Dhaka and observe the way its placed and built it would be difficult to identify it’s a mosque. Its devoid of the features we consider to be the traditional elements of Islamic architecture, i.e. a dome and complex or passageways. Its placed in a densely populated area and made entirely out of brick which is mass produced in their own country. The interiors of the mosque space have punctures in the ceiling giving it a starry effect and slivers of light coming in that make it spiritual in a way to be inside it. The space doesn’t define any religion and that’s what Islamic architecture is supposed to do. The façade or the organisation of the space not making it rigid to its function. The mosque in Dhaka breaks away from the rigidity as opposed to the way the Muslim religion is portrayed in today’s day and time and that is one of the progressive steps taken by a nation which is economically underdeveloped. 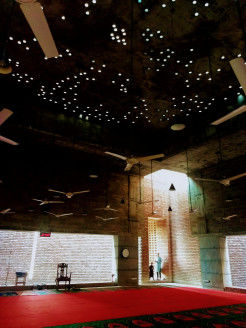 The perspective in categorising how we classify a country to developed or underdeveloped, liberal or non-liberal, cultural or non-cultural has to be broadened. That’s what the past four months have been about, challenging one’s own perspective.