Dudhsagar falls, popularly known as the "Chennai Express falls" is the nature's wo derful creation at the Goa Karnataka border, approximately 3 hours from Goa. It is accessible from both Goa and Karnataka. The water is milky white and the beauty of it is beyond comprehension. It's a must visit for people looking for something offbeat and are done with the same old places in Goa.

I got a chance to visit there last monsoon. We decided to board the train from Vasco as the road to Dudhsagar Falls was inaccessible at that time. There's a train that runs on that route, which leaves at 7:00 from Goa and also, the same train comes back at 5:00 in the evening from Kulem, which is the nearest station to Dudhsagar. After about 2 hours, we got off at Kulem. From there, started a trek of approximately 12 kms. It's better to take a guide as they know the proper routes through the forest. One can also get off at Dudhsagar station, and can start trekking from there or hire a bike with a professional rider who would drop you near the falls. From there, starts the most adventurous part of crossing the river multiple times, with the body half submerged in water to reach the base of the falls. As for us, we started trekking alongside the railway tracks, then through the forests. The terrain was uneven and the rains made it all the more difficult to walk. After about 4 hours, we reached the base of the falls. The magnificent beauty was within my reach and I couldn't help but stare at it incessantly. After spending about an hour or two, it was time for us to head back, as we had to board the 5:00pm train back to Goa. Tired from all the walking, and low on energy, we tried convincing one of the bike riders to drop us to the station. After a lot of requesting, one of them agreed to drop us half way. We hopped on the bike and then started the scariest 20 mins of our lives. He rode his bike as if it was an adventure sport. The terrain was all muddy from the rain, but he was unstoppable. I was sitting behind, hoping to reach there safe and sound. It was a 2 metre wide pathway with 100 feet deep river by its side. I couldn't breathe until he dropped us off. We paid him and started walking alongside the same railway track again. After walking for about 2 hours, completely drenched, we reached kulem and boarded the train at 5:00, still not ready to leave the place. I settled myself in, and sooner than I'd realise, we were back in Goa again.

1. Carry a water bottle and munchies with you.

2. Always carry a raincoat if you plan on going in monsoon, which is the best time to visit anyway.

3. Hiring a guide is better if you are going for the first time.

4. Time coordination is very important if you are going by train and want to come back the same day.

5. Always carry a torch and a first aid kit.

6. Keep you friends and family well informed as there is no connectivity in the nearby areas. 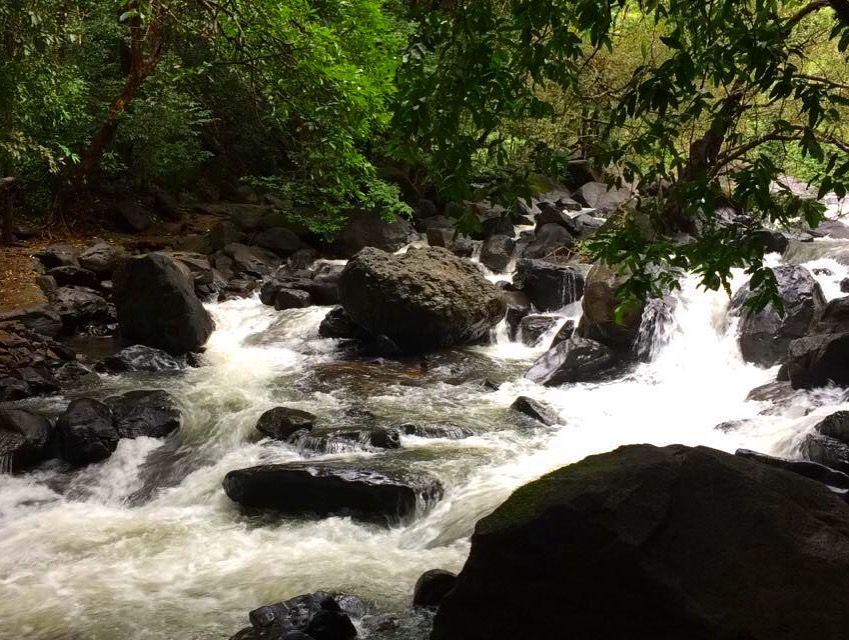 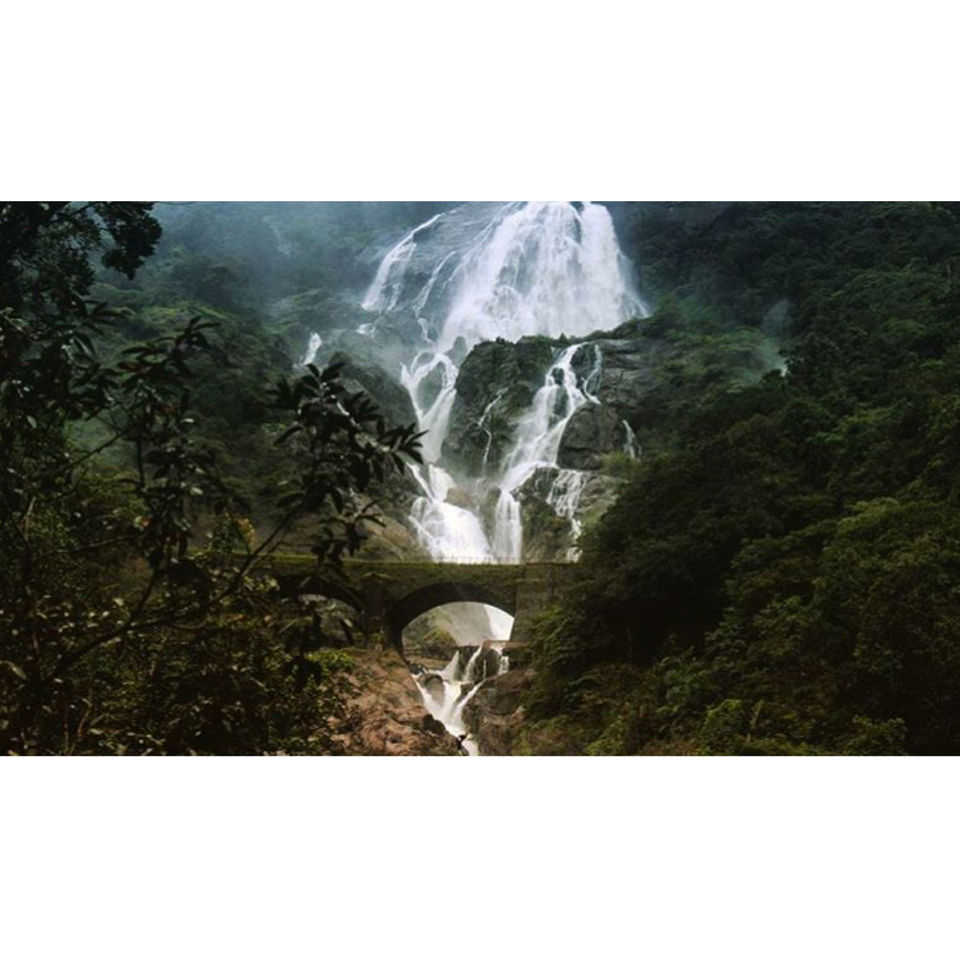