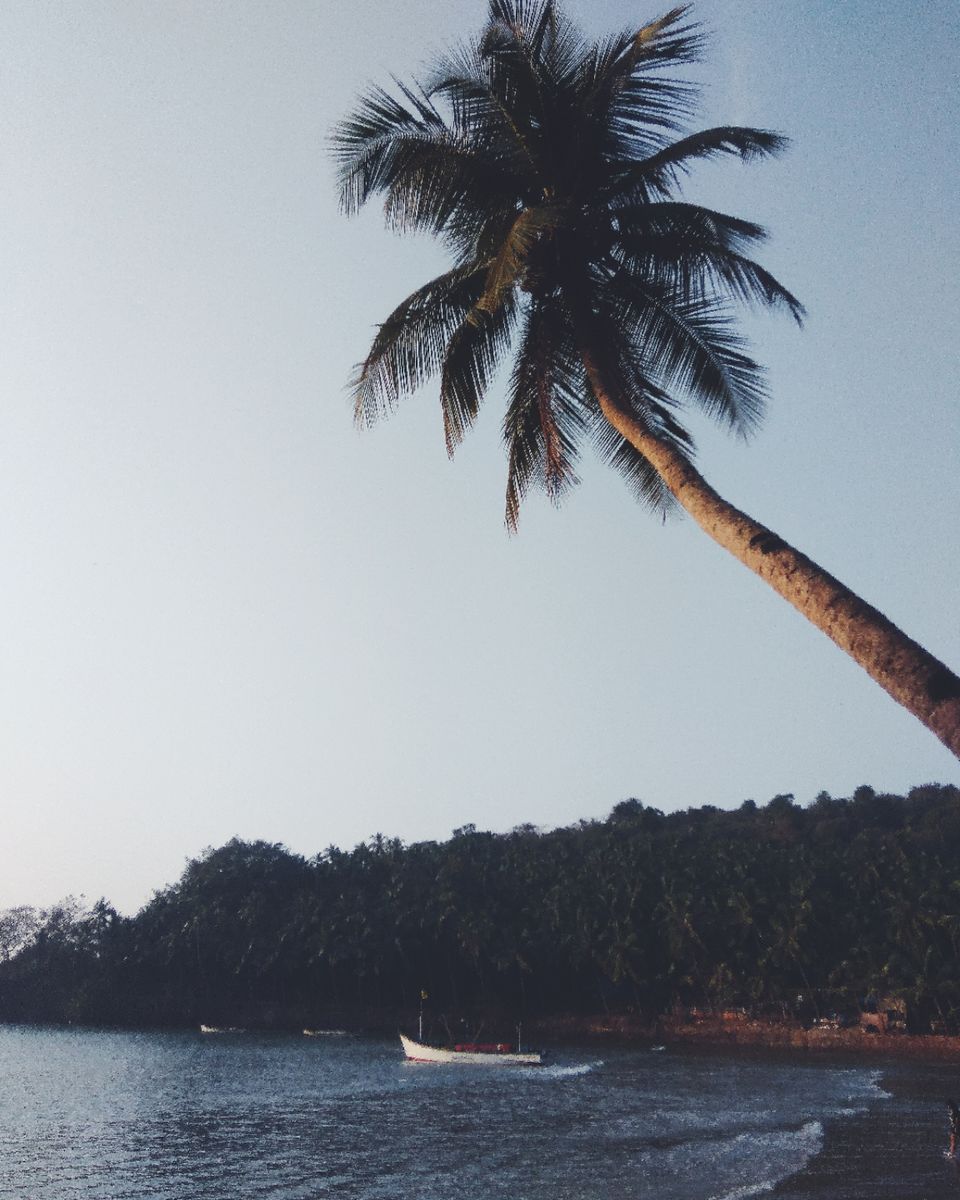 We left our hostel at around 5:30am. The streets of the BITS, Goa campus were unnervingly dark. Strays howled at every corner. We walked with our phone cameras on, far too aware of every little movement around us.

We lied at the security, told him we were hungry. He grugingly let us out. So began our walk to a tiny little beach in South that no one frequents.

After following the GPS for about a kilometre, we began to ask around for directions.

"Straight to the circle and left", a girl in a uniform said. Behind us, the sun had already begun to ascend.

We took the left from the highway, into a tiny road.

The Goa we had seen so far was filled with structures, this little road showed us different. Coconut grooves lined both sides of the road. The Portugese architecture gave way to mud huts and tatched roofs.

We walked for an hour. My friends cursing me under their breathe for dragging them this early. (I mean, who does lame things alone, right?! What are friends for, anyway?) The greenery of Goa seemed to never end. The rushing sound we could here, was only of the stream.

We were almost willing to turn back, when we finally heard the waves. Our hopes refreshed, and our paces quickened. We reached a little shack, shutp and barred. Cigarette butts and beer bottles from the night before, lay everywhere.

After jumping the broken perimeter wall, we landed at what seemed like a slice of paradise.

The sunrise was breathtaking. But what was better. Was the walk by the beach. The little stream met the ocean, and did with such grandeur, that we could only gawk.

(Check out the photo blog for what we saw!)

When we were finaly up for return, we saw an empty road ahead. Another 10km walk back was not something we were up for.

Just as we took a few steps, along came a school bus to drop some kids off at the local school.

We requested the driver, and hitched a ride back to the highway. Another bus at the highway, and we were back at the campus, in time for the first session of the day.

(If you made it this far, you deserve to know that the beach is called Hollant.
It's about 10kms away from BITS, Goa.
It's super secluded, and only recommend if you have your own transport, or if you like to walk.
There are no restaurants and cafes here, there are some small bakeries on the highway/main road.
It's a beach, so there are entrance costs.)