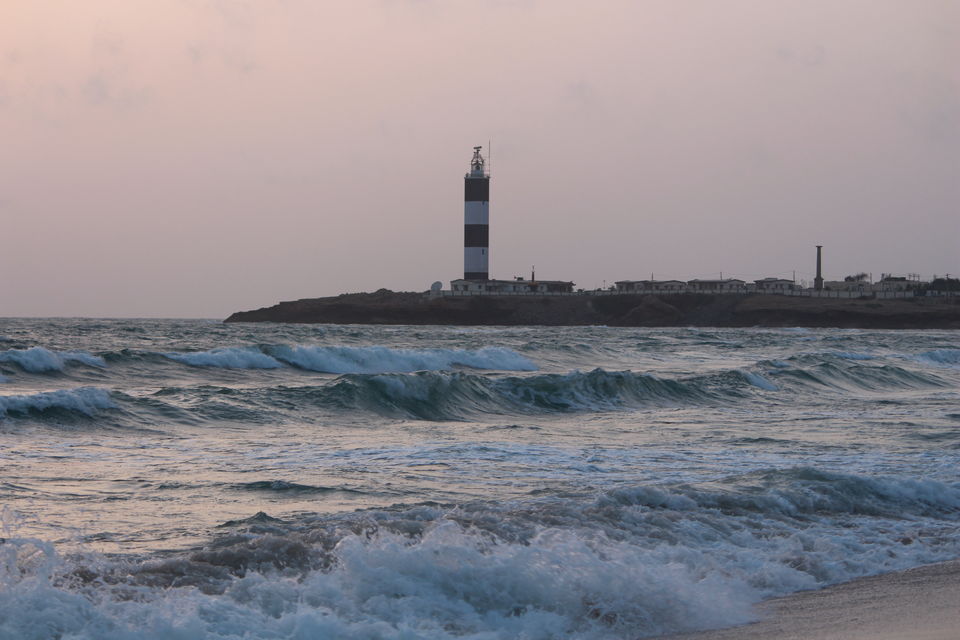 Our journey started from "New Delhi" to "Jam Nagar" via "12478/ SVDK Jam Express" and after that we were only left with 3-4 hrs run from Jam nagar to reach "Dwarka". So, we covered it from local train. 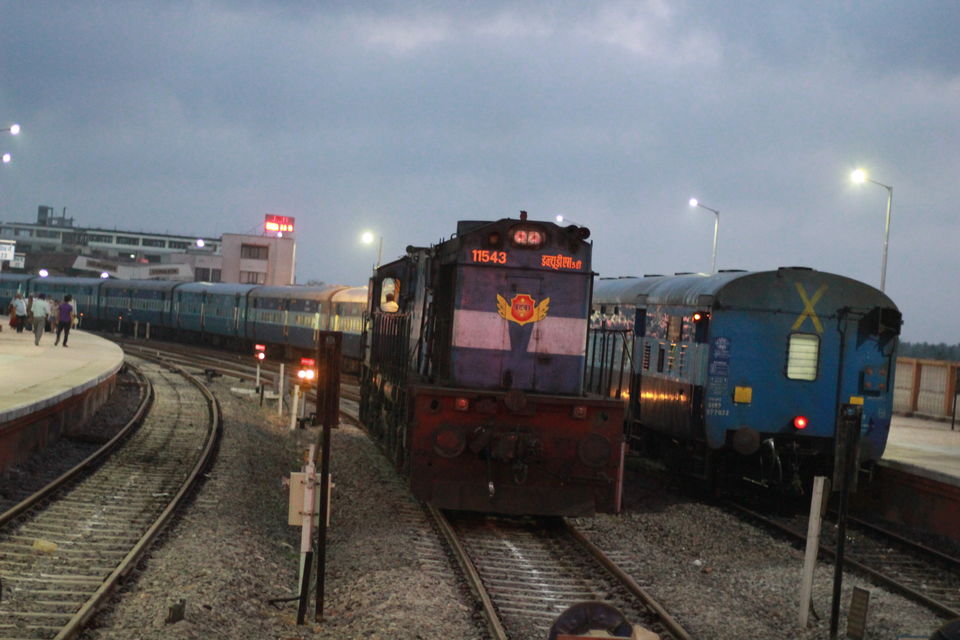 "The Gomati Sangam Ghat Dwarka , Gujarat" Gomti River flows past the Gomati Ghat Dwarka and that makes the Ghat a real holy place and River Gomati is the tributary of Holy Ganges, the most sacred river for all Hindus. In lord Krishna’s legendary city Dwarka, Gomati Ghat is an important haunt for all devout pilgrims. It is also referred to as Gomati Sangam Ghat as the river flows past the Gomati Ghat and soon afterwards meets the Arabian Sea at the Chakratirtha Ghat. 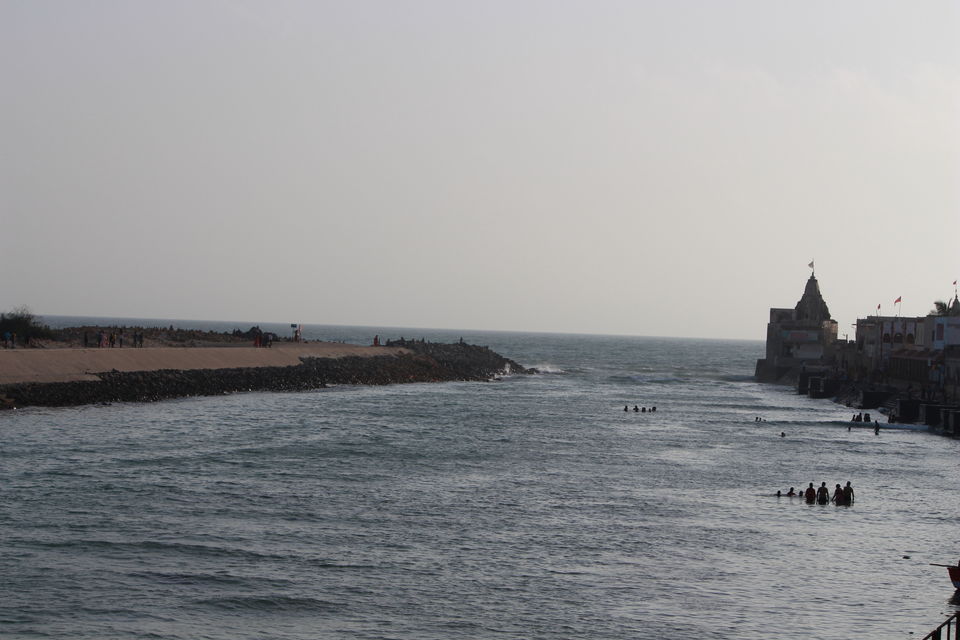 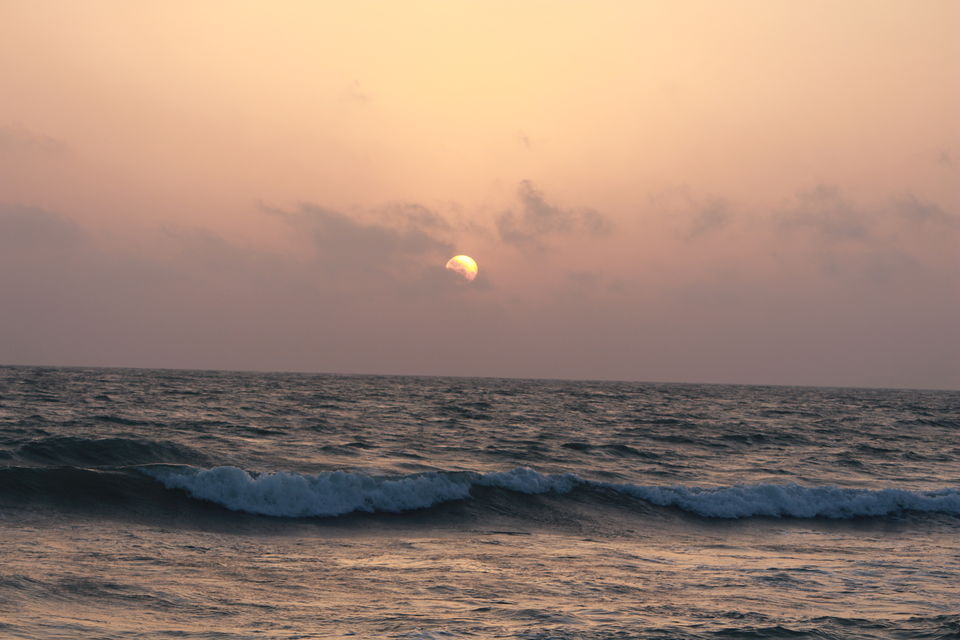 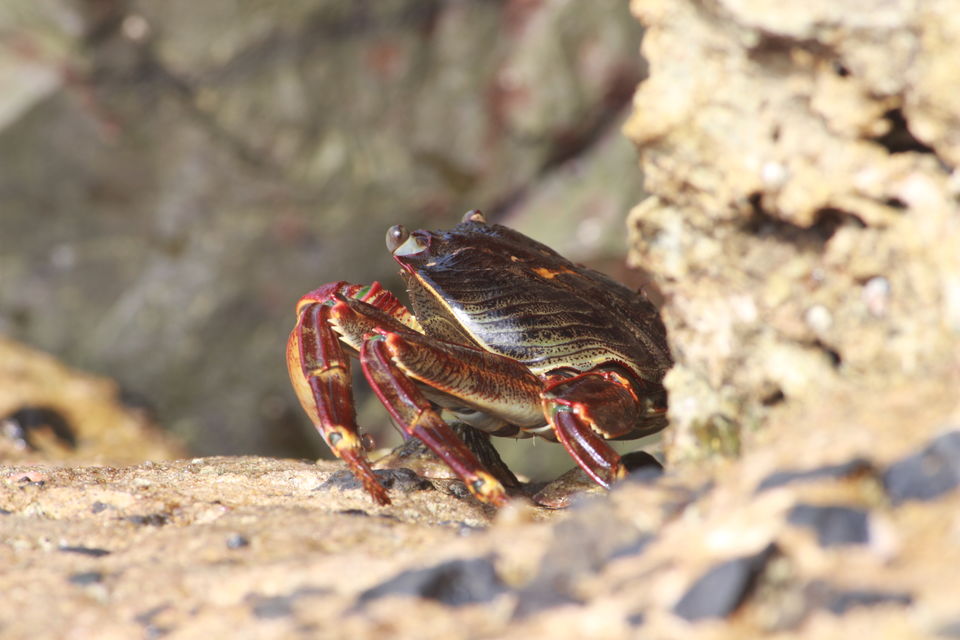 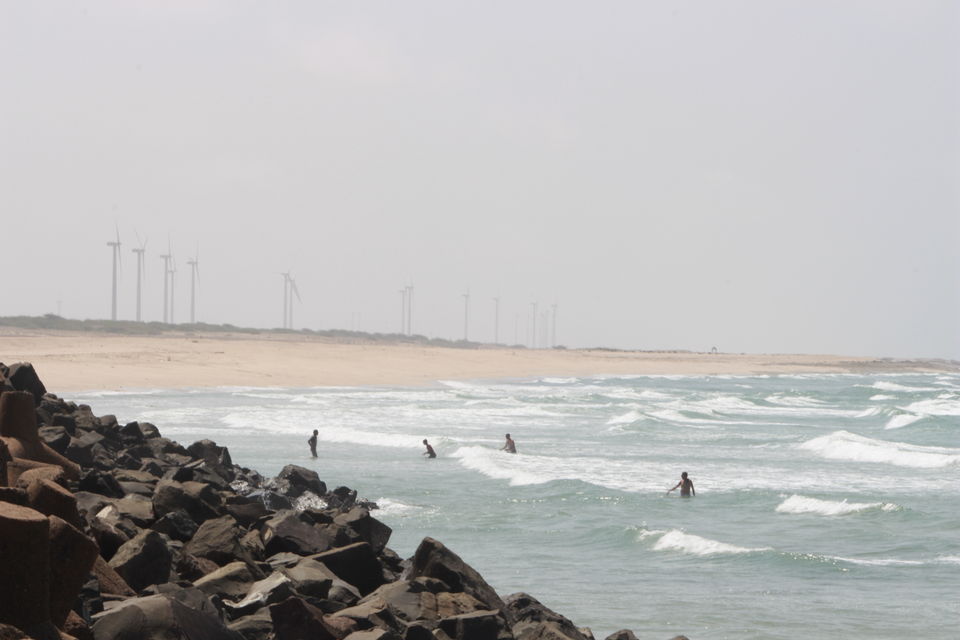 "Sudama Setu" A pedestrian bridge over Gomti river connects Jagat Mandir of mainland Dwarka and Panchnad or Panchkui Tirth on the island in southeast of it. 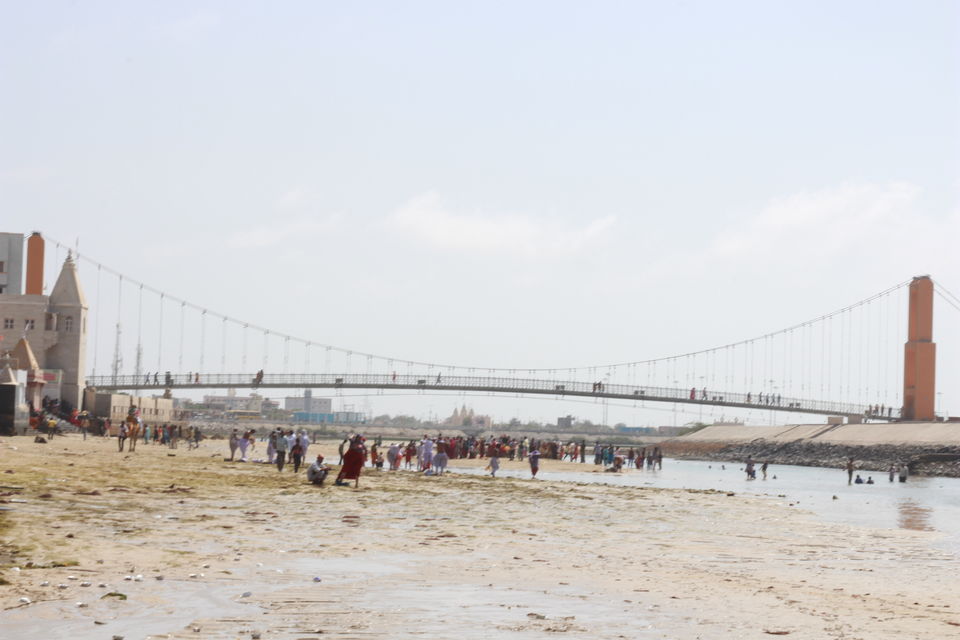 "Dwarkadhish temple" The main temple at Dwarka, situated on Gomti creek, is known as jagat mandir (universal shrine) or trilok sundar (the most beautiful in all the three worlds). Originally believed to be built by Vajranabh, the great grandson of Lord Krishna, more than 2500 years ago, it is a glorious structure seeming to rise from the waters of the Arabian Sea. Its exquisitely carved shikhar, reaching 43 m high and the huge flag made from 52 yards of cloth, can be seen from as far away as 10 km. The grandeur of the temple is enhanced by the flight of 56 steps leading to the rear side of the edifice on the side of the river Gomti. The temple is built of soft limestone and consists of a sanctum, vestibule and a rectangular hall with porches on three sides. There are two gateways: swarga dwar (gate to the heavens), where pilgrims enter, and moksha dwar (gate to liberation), where pilgrims exit. 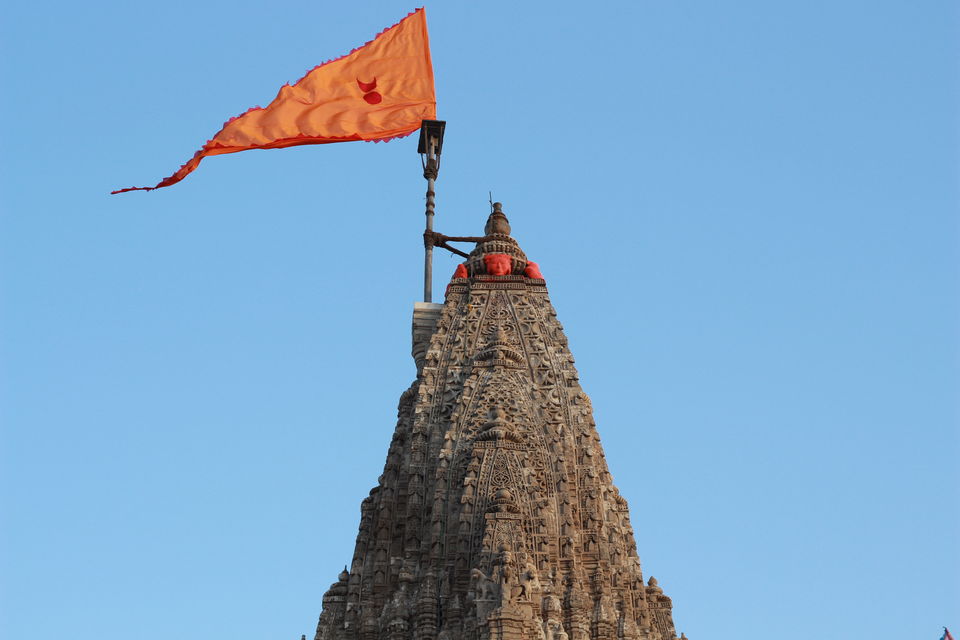 3rd day we planned to visit the second most popular temple i.e. "Beyt Dwarka". Beyt Dwarka or Shankhodhar is an inhabited island at mouth of Gulf of Kutch situated 3 km (2 mi) off the coast of Okha, Gujarat, India. So firstly we reached "Okha" by bus and after that we went there by ferry and it takes around 30 min to reach this island. This place is mysterious and It is said to be the home of Lord Krishna. 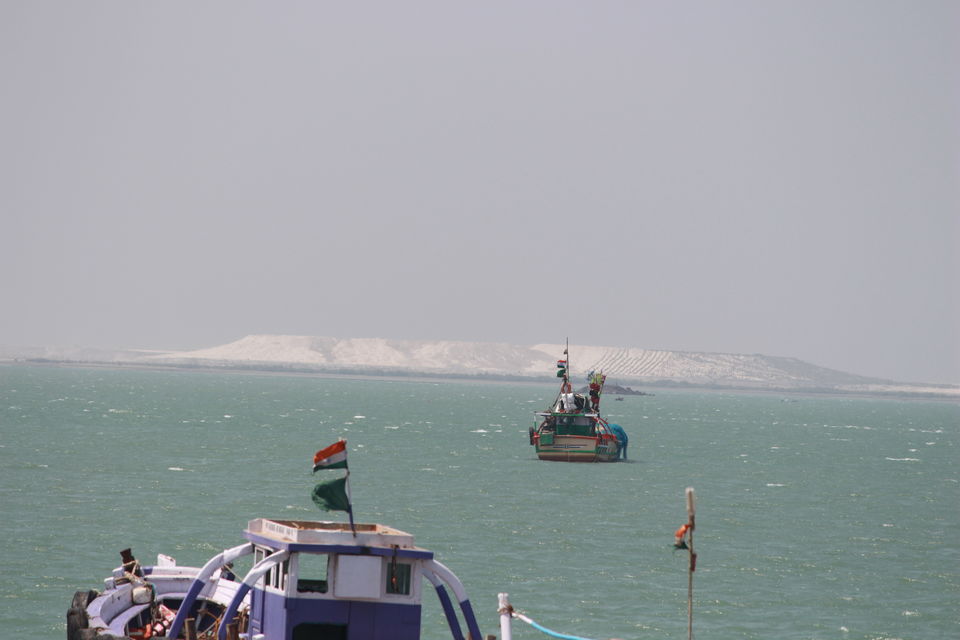 Nageshvara Jyotirlinga is one of the 12 Jyotirlinga shrines mentioned in the Shiva Purana. Nageshvara is believed to be the first such shrine. It is around 17km from "Dwarka" and you can visit here while going to "Okha" for "Beyt Dwarka". 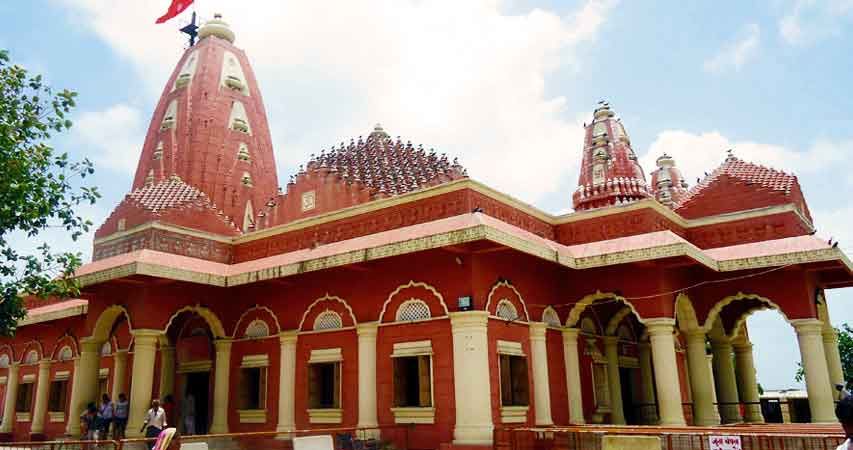 "Rukmani Temple" A small structure is an important shrine dedicated to Krishna's beloved consort, Rukmani Devi. Not as majestically gigantic, this shrine is an architectural masterpiece in itself. It is around 2km from main city land "Dwarka". 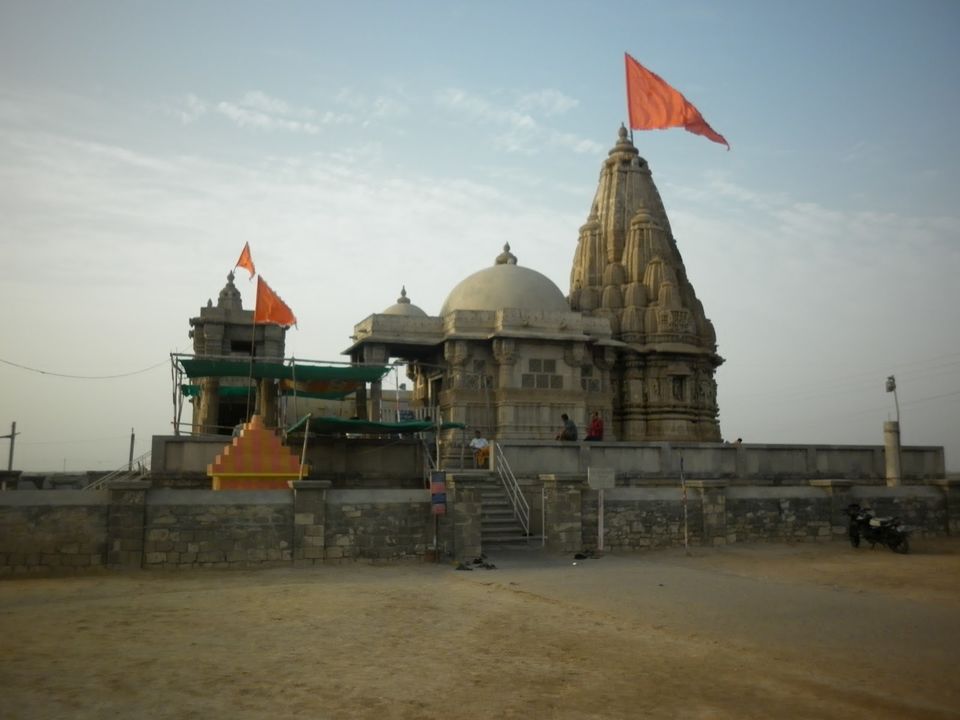 On 4th day, We were ready to depart for "Somnath" temple. We boarded "19252/ Okha Somnath Express" and it took around 8 hrs to reach "Somnath". The Somnath temple located in Prabhas Patan near Veraval in Saurashtra on the western coast of Gujarat, is believed to be the first among the twelve jyotirlinga shrines of Shiva.[1] It is an important pilgrimage and tourist spot of Gujarat. Destroyed and reconstructed several times in the past.

"Somnath" The principal temple of Somnath is believed to have been built in gold by the moon god Soma, in silver by the sun god Ravi, in wood by Krishna and in stone by the Solanki Rajputs in the 11th century. The present temple, built in 1951, is the seventh reconstruction on the original site. 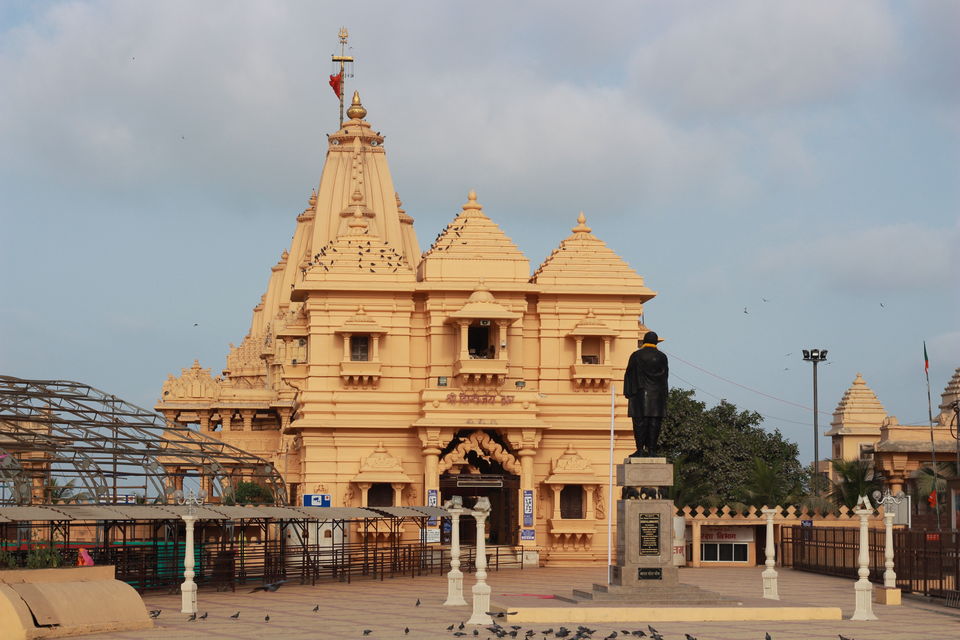 Sea around "Somnath" temple. It is believed that the temple is situated at such a place that there is no land in a straight line between Somnath seashore until Antarctica, 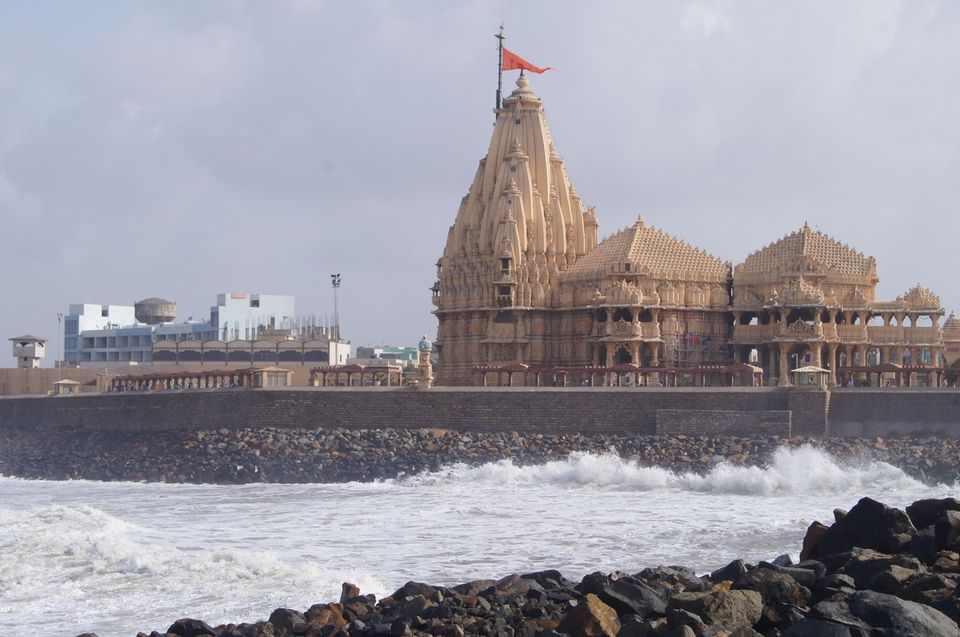 After exploring and knowing some mysterious facts about this place, Now we returned back. "Mountains...Beaches.. Hill stations.. Most of us want to travel such places only. But they forget that there also exist some marvellous historic places in India and this place is one of them. I urge you guys to pull out some days from your busy schedule and visit this place. "Gujarat"