A trip from Delhi to Manali ☃

So finally the day came…got the tank full, air pressure checked, journey begins for the first stop to be taken to Murthal Took first break at some Sukhdev Dhaba to take some Aloo Paranthas.;0 The roads went up and up, then down and down, then up and up with almost no co-traveller or traffic to pass. It was complete lonely stretch feeling like we are walking into forest, leaving a sense of vulnerability. Anyway.. it lasted for a while and we were back to plains after that. It was still night and despite of expectations, no sunshine even by 4AM and then just small by 4.30 AM.

After cross Chandigarh, Man!! What a sight the hill ride of Una-Bhota was. Literally never thought to see such roads on any Indian hill route. It was damn Hollywood style, picture perfect route (only wish, my friends would have been more interested in taking pictures than just watching & enjoying the scenic view). Perfect width, perfectly marked with paints and with rocks on a side and sometimes both the sides, it was always beautiful throughout the route. I really wished that it remains so till Manali.

We also took a stop in between at some reservoir where we took Samosas and Tea while enjoying the view.

It was a long long hill drive for sure and in such perfect conditions of roads that if I had any longing for hill drive then it should have been satisfied completely by now (Must have been 250 kms in hills in this journey). After having a bump free ride for at least 400-450 kms till now, We took a stop at Mandi at around to have brunch. Roughly 7.5 hrs for wouldn’t be called as some fast ride but considering the hilly roads throughout, horrible patch of 33km (Manageable still) and stops to take a look at views on kind of Hollywood style dream roads, I was prepared in advance for the journey but still wasn’t sure that where the 3Kms long tunnel is (Its at Auto BTW), also when would Pandoh dam would come and if its on the same road or again offroad like Bhakhra one was probably. The 3km long tunnel, happened to be just few kms away from there. 3Km sounded way too long in reading but didn’t last for long and then it was sudden light over eyes once it was over. Beas river banks were now together us for most part of Delhi to Manali journey. Around 70kms of roads through Kullu was remaining and it was already 5.00 PM, when we left after enjoying river banks. Where was a great profit of Beas river for tourists, which we came to know after half an hour of crossing the tunnel. There were some tea shops on sides of roads giving access to river banks, where we decided to stop by for touching the river once. Only after dipping the feet in river, you come to know that snow might be ahead otherwise anyone coming from Delhi heat and moderate weather on the way, won’t even believe that snow might be there after just few kms. Trust me, its hard to keep the legs inside water even for 2-3 mins. But the water has some magical effect over us. It took almost all pain away from our legs. Little tired shoulders and back may be, but legs were revived as just beginning for journey. Around 70kms of roads through Kullu was remaining and it was already 5.45 PM, when we left after enjoying river banks. Hotel charges begun post 12PM, but that part I already knew and didn’t care about. Later on, we took some spontaneous stops to take one or two pictures (one happened to be on other side of river bank at Naggar) but target was to reach hotel as early as possible to have a sound sleep before starting for all Manali View. We slept early after our big road trip for a much needed rest. After dragging ourselves out of bed we headed down to a local cafe where we found breakfast and a great cup of french-press coffee. After breakfast, we took a walk through the forest between Old Manali and Manali. This is significant because it is the first real strech of forest that we've seen in awhileOur next stop was the Hadimba Temple just outside of town from where we walked back across the river to Old Manali. We continued walking up the road through town to another temple and farm houses at the top of the hill. It was cool to see the old houses built into the hill (everything seems perched on a cliff in this part of India) and watch the locals go about their business. Returning closer to town we stopped at a restaurant and ate Falafel and hooka.

Next Morning Drive to Manali from Gulaba.

Journey begun, the ride was kind of fast & furious. Kind of upward slopes, winding turns & kind of overtakes he was making, we were just hoping that he doesn’t hit anyone else (our car didn’t seem to be at risk despite of going close to border of roads. I knew that there were some scenic places in between near Gulaba. At the top, not many were there before us as private vehicles don’t prefer the hilly ride in dark & only experienced ones drive through night. When we reached to top,. Snow wasn’t all white as we might have pictured in our mind nor spread all over like it happens to be in may or august, but land spots were looking out from snow layers. Tourist footprints had made snow dirty a little and even after those boots, keeping the feet on ground was chilling. We ordered tea and Maggie from a shop which was just opening there but when the tea reached to us then it was almost cold. The greenery and views near Gulaba was really breath taking at some places and so were the view of winding roads from certain points when looked down. We reached to our hotel by 6.00 pm. After Gulaba, we took auto back to Mall road and then spent a long while there. Rs 100 for 8 pieces of Chicken and veg Momo. The view of hills from the mall road was kind of perfect with clouds and little sunshine left of the day.

This Gurudwara shall be on the checklist on every tourist travelling to manali.The Manikaran Gurudwara sahib is located enroute to Kullu-Kasol and one may plan a darshan in the afternoon. A very auspicious place.... Manikaran is about 80 km from Manali ....once you take a cut from Kullu towards Manikaran the beauty of nature mesmerizes you ....a sharp cut highway.....nice river flowing with you.....a patch of Deodar trees.....and finally peace at Gurudwara makes it a perfect drive and natural hot springs will give you another gift from nature...You may also enjoy the langar and participate in the seva afterwards.Then we packed up and headed off Delhi. I wish we had more time to spend in Manali, this is a place where a backpacker could relax for a week or two.

Long Drive Back to Home

Drive back home was supposed to fast and furious as this time, we had to take no stop like we didn’t in first journey. We was changing route to take the main route of infamous Bilaspur to save at least 70kms. By 8pm, we had crossed Mandi and by 10.26 PM, we had reached to Bilaspur means roughly 200kms in 5 hrs. Major trouble with roads was just 10km before Kiratpur where roads were damaged for few kms. Despite of cautious driving, we managed to hit the bottom of car at one patch though it didn’t felt any big then. Once past Kiratpur, the dream roads were suddenly back and so was the speed of 80-90kmph. Though I would say, the Kiratpur – Bilaspur stretch might be good for coming back from Manali but would sure cause trouble while coming from Delhi to Manali considering the upwards slopes are plenty and so are number of trucks. Kind of road signs in Chandigarh- Ambala are nightmare. At one place, there were two ways, one leading to Chandigarh and one bypassing it, but the sign was so much away from the actual splitting that wasn’t readable from distanceMany diversions for under-construction flyovers snatch much of fun of GT roads, yet the average speed easily remains on higher side. We seen three cars bumped into each other in the way and bought fruits from one place. I was waiting for Haveli Restaurant to come and made a mistake of not taking flyover before Panipat. We reached Haveli by 3 AM and for that I had to take a tough turn at high speed highway. Don’t know how its possible to cross roads either by feet or by vehicle at such fast highway for others. It took roughly 2.5 hrs to reach back home at Delhi, which was a distance of 83km. Finally it was end of the longest journey by us.KEEP CALM AND KEEP TRAVELLING 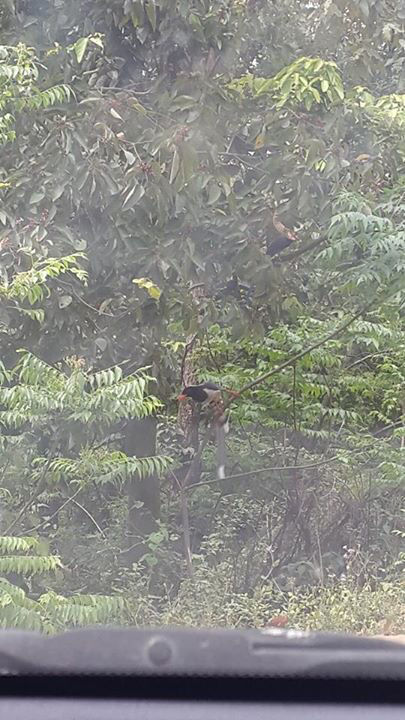 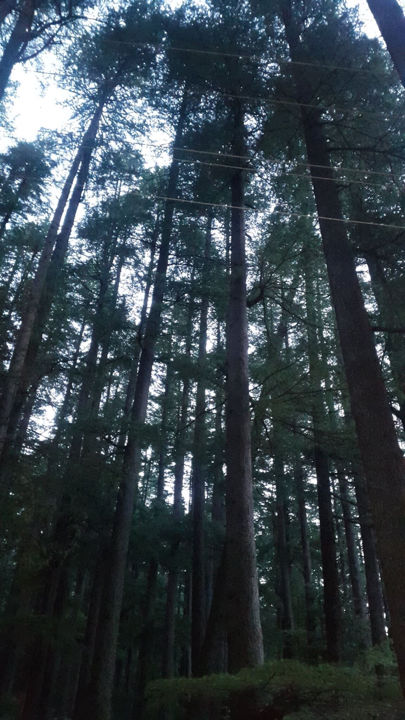 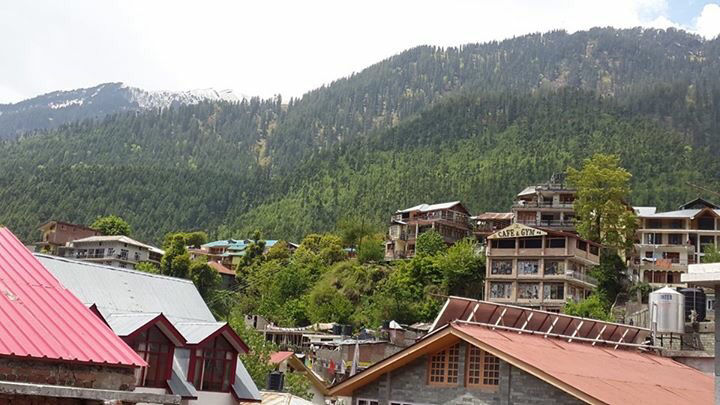 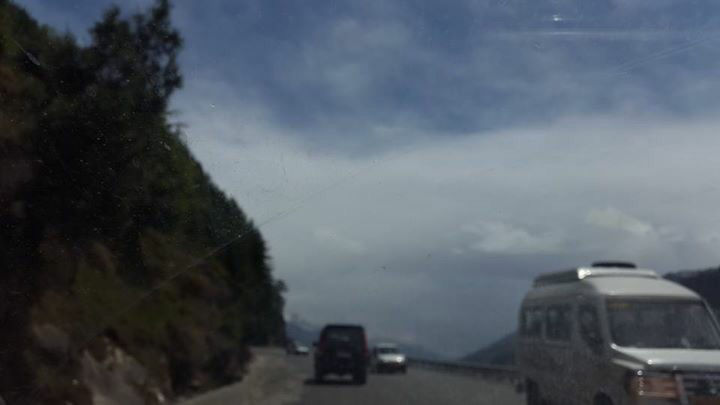 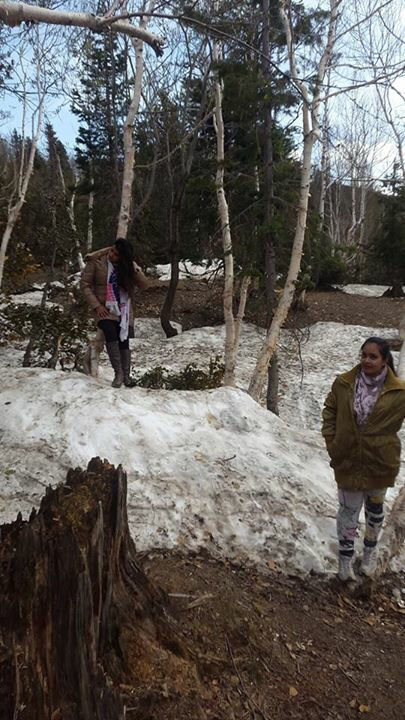 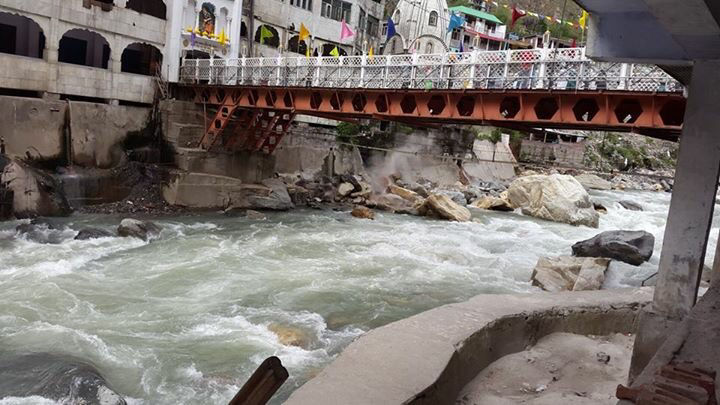 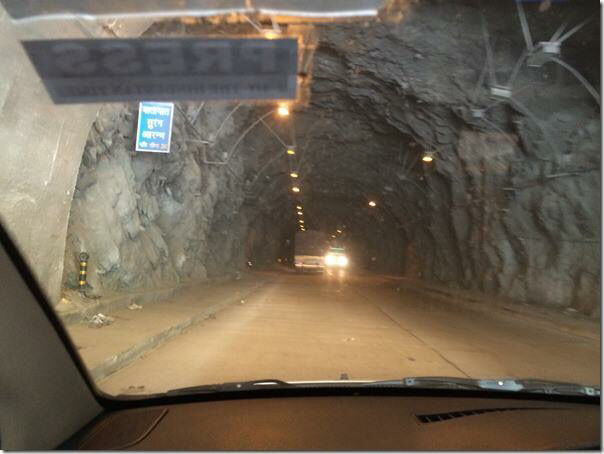 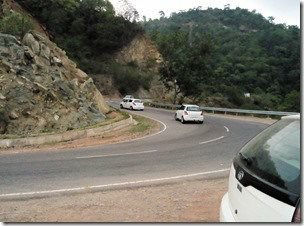 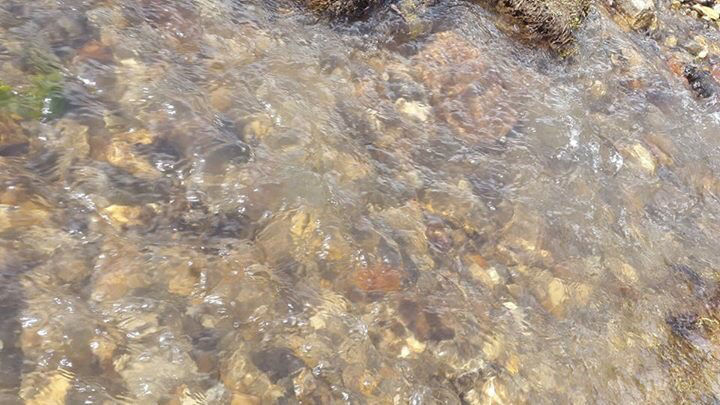