The train journey from Kalka to India’s erstwhile summer capital Shimla, early in the morning is one of the best things happen to me in the hills of India. Shimla, also known as the Queen of Hills, is the capital of Himachal Pradesh. It is located in the north-western ranges of the Himalayas at an altitude of 2213m. This toy train journey starts from Kalka, a town in its neighboring state, Haryana and ends in the magnificent Shimla. The Kalka –Shimla Railway is a narrow gauge railway that covers a distance of 96km. This 96-kms long railway track is built over 889 short to long bridges and passes through 102 tunnels in the foothills of the Himalayas.

Barog Tunnel with the view of Guest House 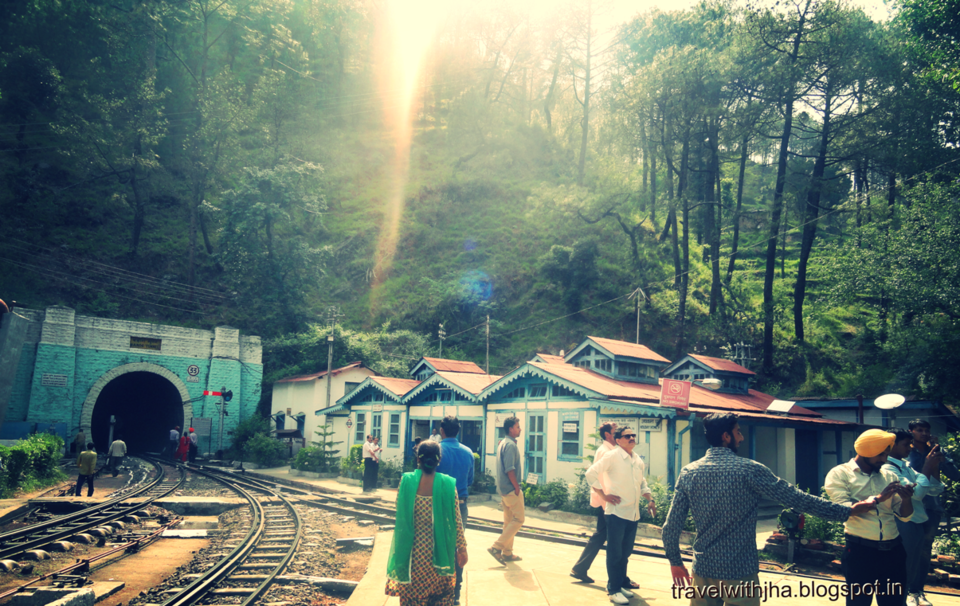 The tunnels were renumbered in 1930, as some of them were found to be defunct. From 107, their number was reduced to 103, and this was further came down to 102 when tunnel no. 46 near the Solan Brewery had to be demolished. 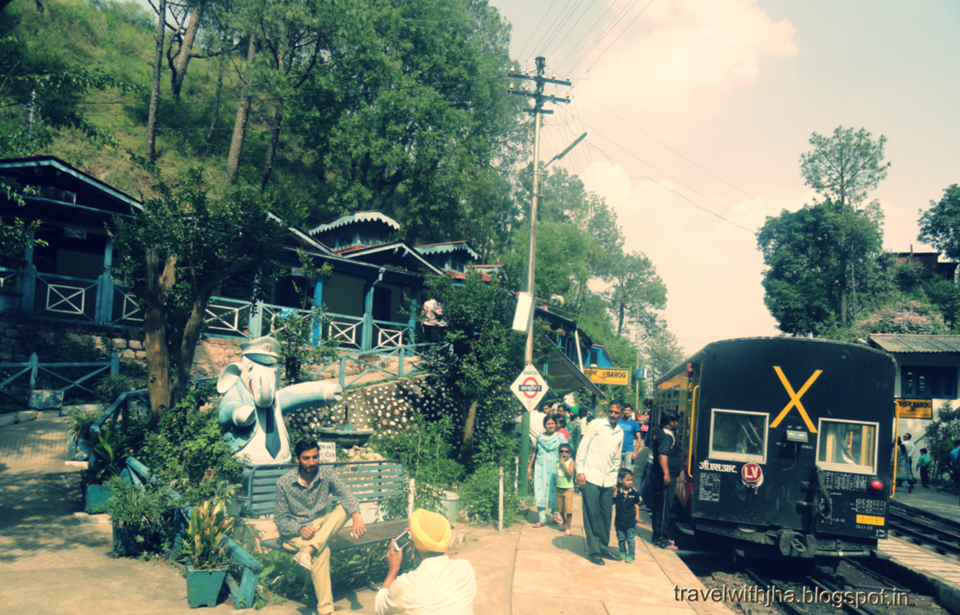 The two of the longest tunnels on this track are at Barog and Tara Devi. All the tunnels were built between 1900 and 1903. L. Edwards, Executive Engineer of Dharampur division, completed work on as many as 30 tunnels. Railway chronicles say workers used large mirrors and acetylene gas to illuminate the tunnels. The longest tunnel on this track is the Barog tunnel (no 33). It is named after Barog, a British railway engineer. 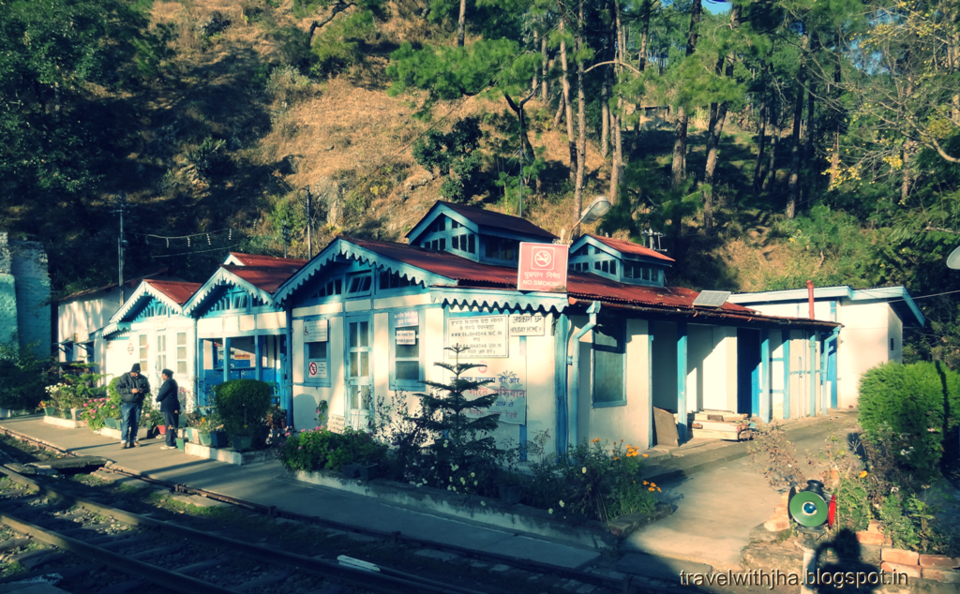 Barog is a small hill station in the Solan district of Himachal Pradesh, situated in the Choor Chandni hills of Himalayas, at a height of 5,12o ft.Barog Tunnel at 1144 meters is the longest tunnel on the route and appears just before the Barog Station. At a speed of 25 kilometers per hour, trains take about 2.5 minutes to cross the tunnel. It is the straightest tunnel in the world, which is associated with local tales and legends. Colonel Barog was a British railway engineer who was in charge of creating a tunnel through a mountain in the Kalka - Shimla Railway.

The Barog Tunnel which passes mostly through fissured sandstone has a tragic tale associated with it during its construction. Colonel Barog, who was in charge of Tunnel No. 33 committed a mistake of boring the tunnel from both (opposite) ends of the mountain, which is quite common as it speeds up construction. The crew was divided in halves, which started the digging and blasting the tunnel from opposite ends. The Colonel instructed the crew members to bore the tunnel according to his calculations with a vision that both the tunnels would meet in the middle to become a single tunnel.

The workers kept on boring the from both ends, but did not meet even after crossing the center of the mountain. After some time, the workers became hopeless and began doubting the decisions on Colonel Barog. The Colonel also realized that due to his miscalculations, the alignments of the tunnels were wrong, and both the ends of the tunnel could not meet. The Colonel was already very depressed while the decision of the British Government to fine him added to his miseries. The British Government fined Colonel Barog Rs. 1 as he was accused of wasting the property of the government. The workers were also furious because all their hard work went in vain. This was very humiliating for the Colonel.

The British engineer could not digest this humiliation and during a walk along with his pet dog, shot himself in sheer desperation. He killed himself near what now is the state government-run Barog Pine Wood Hotel. It is said that his dog upon seeing his master bleeding profusely ran in panic to a village, near the present Barog railway station, for help. However, by the time people reached the spot, Barog had breathed his last.

There are different versions about the suicide as some say the dejected engineer shot his dog before he shot himself. He was buried in front of the tunnel, near the Kalka-Shimla national highway, about 1 km from Barog. The forlorn tunnel has now been closed.

After the unexpected death of Colonel Barog, Chief Engineer H.S. Herlington was given the charge to bore a new tunnel. Mr. Harrington also faced similar problems in finding proper alignment of the railway track. With the guidance of Baba Bhalku, a local saint from Jhaja, near Chail, Mr. Harrington surveyed the mountainous terrain along with the railway staffs. Finally the tunnel was was constructed approximately one kilometers away from the earlier point with an expense of Rs. 8.40 lakh. The work on the tunnel was commenced in July 1900 and completed in September 1903. The Tunnel No. 33 was given the name to show respect to Colonel Barog. It is believed that Baba Bhalku possessed natural engineering skills. He also helped the British railway engineers to bore other tunnels on the Shimla-Kalka railway track.

After the death of Colonel Barog, there were rumors of his ghost being seen lingering in the adjacent areas. It is said that many people saw the ghost of the Colonel in and around the tunnel. He is however believed to be a friendly ghost who would not even shy away from having a friendly chat with the living. People here often tell stories of how they went for a walk in the tunnel, met Barog’s ghost, even sat down with him and shared a laugh. People are damn sure that the darkness of the tunnel, contains something mysterious and eerie in its silence. The tunnel is quite scary with is wet and damp walls. 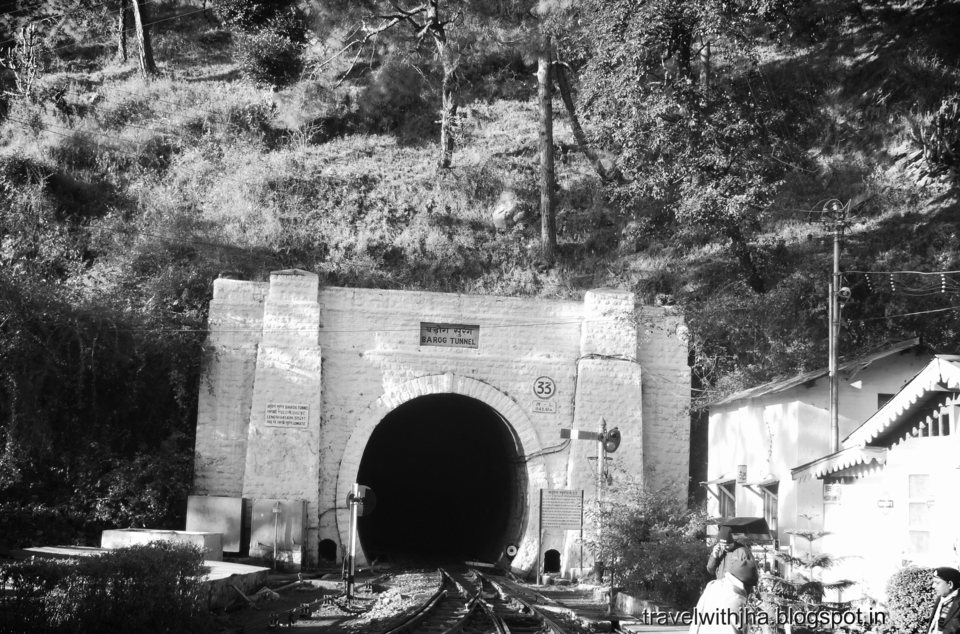 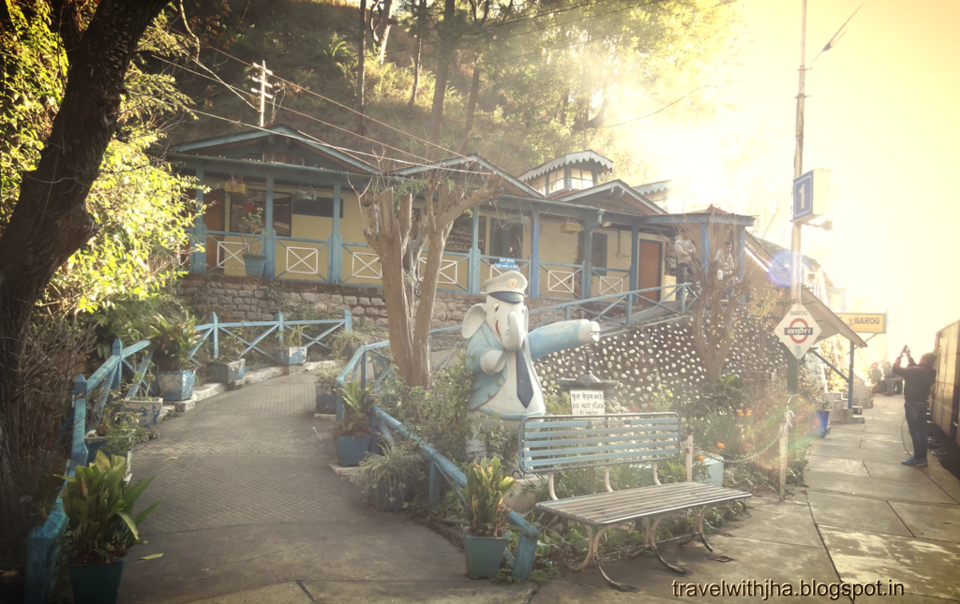 Hoever there are also stories about Tunnel no. 46 and 103. Also there is no certainty that which tunnel is actually haunted. Apart from this haunted story most important fact about this tunnel is that it is the longest tunnel on this railway and also the straightest in the World. Most impotant thing about this place is that it is scenic and enjoyable.