The Myth Of Barog Tunnel – Shimla 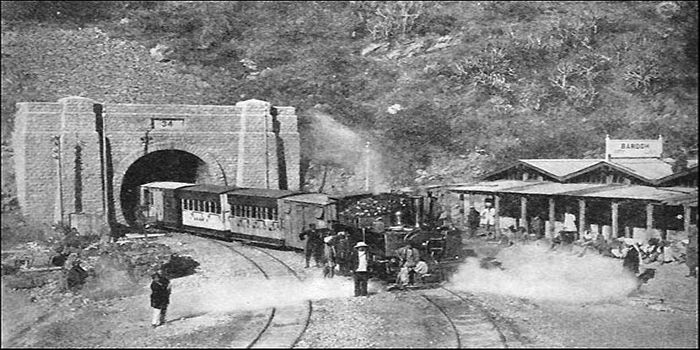 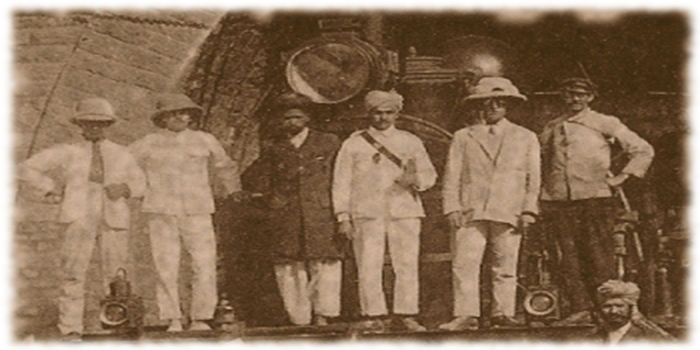 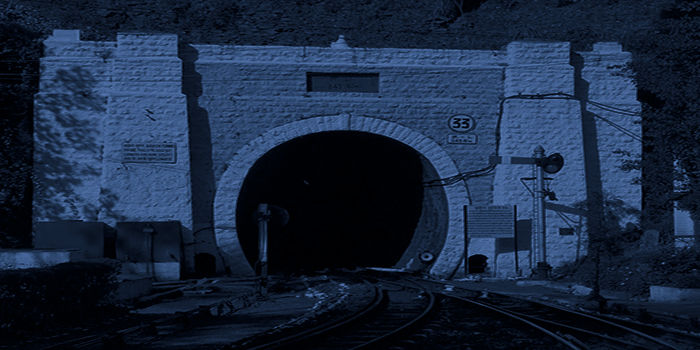 Sometimes the stories related to a so-called haunted place get so mixed up that rather than being a legend, it all starts to sound like a fairy tale. As the word gets passed on from person to person, generation to generation, people keep adding their own spice to it and pretty soon, even something already as fictional as a ghost story starts to sound even more childish. One such legend or myth is of the Barog tunnel on Kalka-Shimla railway.

Often known as the queen of hills, Shimla was first settled by the British shortly after first Anglo-Gurkha war in 1816. By 1830, it had developed as a major base for the British and by 1864, it was declared as the summer capital of British India. For ease of transport, foundation of a narrow gauge railway from Kalka to Shimla was laid by the British in 1898. Construction officially began in 1900 and was completed within a short span of 3 years. Inaugurated by Lord Curzon on November 9th 1903, this railway was declared as heritage property by Indian government more than a 100 years later in 2007. In July 2008, the Kalka–Shimla Railway was included in the UNESCO World Heritage List.

Covering a distance of almost 100 kms from Kalka to Shimla, this railway now passes through a mostly mountainous route, covering 18 stations, 864 bridges and 102 tunnels. At the time it was built, total station count was 20 and operational tunnels were 107 but over the time, 2 of the stations were abandoned and 5 tunnels were discarded. It is one these 102 left tunnels that the ghost stories are related to but the funny part is that no one can tell which tunnel for sure. If you made the mistake of asking any of the railway employees, they would start laughing considering you as a total idiot for believing it.

Barog is a small village located around 43 kms and 8th station on the railway from Kalka. This place was settled in during the railroad construction between years 1900 – 1903 and was named such after an engineer called Barog who was involved in laying down the tracks. Tunnel No. 33 of this railway is just before Barog and it is said that Engineer Barog was in charge of building this tunnel. From the very fact that this railroad was completed within 3 years in times when technology was still in its diapers proves that all the work was being done in a hurry. In order to complete the tunnel in a very short span of time, as per the legend, Engineer Barog started digging Tunnel 33 from both sides of the mountain. There were no satellites, no GPS or radars those days so it were pretty much Engineer’s calculations and measurements to ensure that diggings at both ends were in alignment to each other. Tragically, Barog’s calculations proved to be incorrect and upon reaching the center of the mountain, it was realized that the tunnel was not aligned and the workers were just digging two different tunnels in different directions, going right past each other. This was heavily criticized by the British government and Barog was removed from his duties as in charge of the tunnel after paying Rs. 1 as fine. It is said that he became laugh of the town and center of all the jokes of British officers and even the Indian workers. Unable to cope with the humiliation, Barog one day just walked into the tunnel and shot himself inside. He was buried nearby the tunnel and the village was named after him. Work of the tunnel however was carried on at a different site after him under the supervision of a Chief Engineer H.S. Harrington and a local sage, Bhalku. The tunnel that Barog was digging was abandoned and Harrington dug up a new tunnel that is operational today as Tunnel 33.

This entire story is what finally gave birth to the most popular haunting story of this railroad. As per the legend, Barog’s soul still haunts the tunnel that he could not finish and which eventually became the reason of his suicide. He is however believed to be a friendly ghost who would not even shy away from having a friendly chat with the living. People here often tell stories of how they went for a walk in the tunnel, met Barog’s ghost, even sat down with him and shared a laugh. He seems to have told many people that his soul is trapped inside the tunnel for all eternity, never being able to leave it and depart for heavenly abode. It is believed that if you walked into the tunnel and yelled out his name, he would definitely answer.

If the story ended here, it would still sound a little convincing. Someone dies in a place and haunts it forever, we all have heard that before but this is not the only legend to this railroad. In total, there are 5 different stories related to the hauntings here, including the ones involving Barog.

The second legend and my favorite one is of a werewolf. It is said that the tunnel was not abandoned because Barog could not align it but because of the mysterious deaths of the local workers. Several of the workers and even the British engineers were attacked and killed by an animal late at night. People sleeping in their tents were dragged out and were found next day half eaten which led people to believe that there was a wild animal at lose. Barog along with a hunting party set out one night in order to hunt down the animal but what they found that night was beyond anyone’s belief. Barog was the only survivor from the hunting party and described the attacker as half human and half wolf, standing over 7 ft straight on his legs. The story soon caught fire among the educated English class and turned it Barog into a laughing stock as nobody believed it. Barog was relieved from his duties after being labeled as mentally unstable for inventing such stories. Unable to bear the humiliation, he committed suicide but even after him, the English could not get local workers back to work in the same tunnel. They were all too scared of the incident, of the werewolf, and refused to work in the same tunnel stating that it was within the werewolf’s territory. After a lot of persuasion, the British finally gave up and started to dig a new tunnel.

As per the third story, this tunnel is haunted by a witch clad in a white saree. She is believed to have red glowing eyes that can hypnotize people and have them walk into the tunnel following the witch. Anyone who entered the tunnel under the spell of the black Witch was never seen again.

As per the fourth legend, people claim to have seen a beautiful woman clad in a black saree holding a child to her bosom. It is believed that this woman is not even aware of the fact that she s dead. If anyone ever ran into her, she just looks at the other person as if in some kind of disbelief, with a look in her eyes that almost seems to be a cry for help. She looks at the child that she holds several times before starting to scream in pain and run into the walls of the tunnels to vanish. If we are to believe this story, this woman was a local who was killed by a motorist near the tunnel while she was still pregnant with her first baby.

And the fifth legend is of a sinister ghost of a signalman, holding a green light in his hands. He seems to lure people into the tunnel waiving the green lantern in his hand and anyone who ever followed the light was never seen again. No one knows for sure about who this murderous signalman was.

The most interesting part in all these stories is that the tunnel changes every time these are told. Some people say that the haunting site is Tunnel 33, the one right before Barog, while others will say it is Tunnel 103 which happens to be the last tunnel on the route, just before Shimla. Some people claim it to be Tunnel 23 which would fall several kilometers before Barog. Some would tell these stories as hauntings related to abandoned tunnels of railway which would be a total of five considering that the original route had 107 tunnels initially. In 1930, four of the tunnels were discarded and then again in 2006, Tunnel 46 was dismantled as well. So if we are to believe that the hauntings happen in an abandoned tunnel, then it would become tunnel 46 because the other 4 abandoned tunnels have long collapsed with no one using them in almost a century. The sign board reads of a tunnel that Barog was building and which happens to be around a kilometer away from the current 33rd tunnel but this would again point the haunting site to be an entirely different one.

If you want to go for a ghost hunting yourself, your best bet is to start walking from Kalka towards Shimla on foot, following the tracks, crossing all the 104 tunnels on the way including abandoned tunnel 46 and that would also give you a chance to find the other 4 long discarded tunnels. Even in the myth, there is no certainty that which tunnel is actually haunted so you will have to search all of them.  If you plan to do that, please keep a close watch for the train because if you happen to be inside one of the narrow tunnels while a train crosses it, chances are that you would also become part of the legend with your ghost haunting that particular tunnel. And if you do happen to meet Barog in any of the tunnels, say “Howdy” for me.