Kotighat: Deities and Priests dealing with the Supernatural. 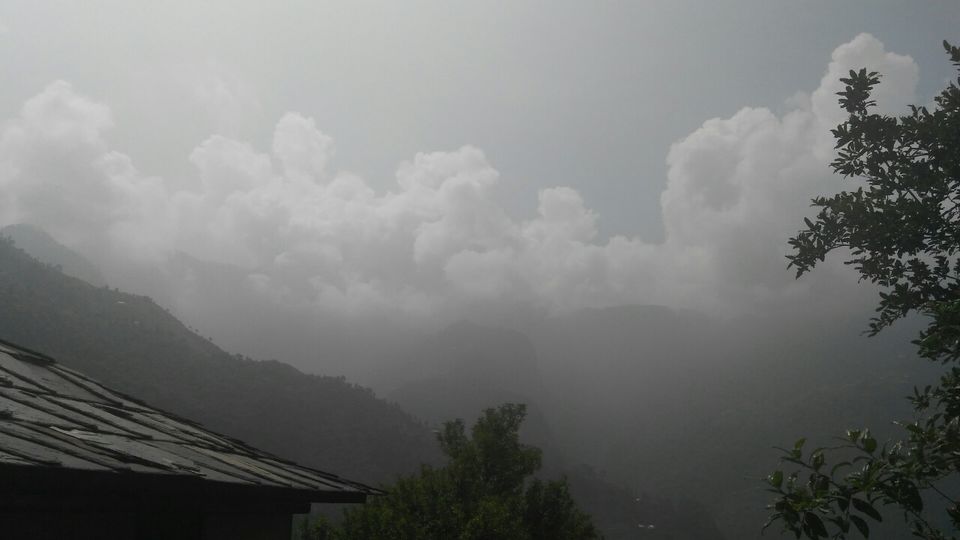 First of all, where exactly is Kotighat situated?

Kotighat (tehsil Kumarsain) is actually a very small village which is located in district Shimla of Himachal Pradesh. To reach there one first has to drive to Matiana, which is around 50kms from Shimla via NH21.(now named as NH5). From then on, Kotighat is a 30kms drive on a sub-route. Locals will let you know the directions. All together this distance can be covered in 3-4 hrs from Shimla.

Now, what's so special about Kotighat?

Kotighat is mainly known because of its Deity (Devta) also called Pandoi Devta. This deity is famous because people from all nearby places come here for what can be called as exorcism. The main priest of the temple cures around 4-5 people daily all under control of supernatural powers. You are always welcomed to sit around in the temple while the proceedings take place openly. There are no fixed time for the proceedings to start but whenever someone is brought to the temple the priest starts doing what he does best.

So, what was my experience in the temple?

The moment when I entered that place the priest was shouting at a lady and saying "isse ekdum se chodh de" (leave her instantly). The lady was actually in control of some supernatural powers. She was constantly refusing and crying or sometimes just showing her tongue to the priest and laughing. Upon sprinkling some holy water on her, she started crying out in pain. After scolding and sprinkling of holy water for 5 mins the lady was finally free of that evil power.

Just when I started to get a little hold of what was happening around me, came another lady who was carried to the temple premises by two people on their shoulders. This scene was a little terrifying and somewhat like everyone would have seen in horror movies. A lady under control of some supernatural powers, eyes swollen, hair all messed up and shouting on top of her voice which one could barely understand due to the modulation of 2-3 voices together. The moment the priest saw her, he shouted, “Tu hai kaun” (who are you?), to which the lady didn’t replied anything but kept on crying.

She then nodded in a way saying no and kept on looking down.

Suddenly the lady got angry and slowly started to catch hold of the priest’s neck. But hey, the priest was there at his position for a reason. When he got angry he caught hold of the lady and started pulling her over various directions.

The lady initially didn’t say anything but upon asking again and again she eventually said two people. The shocking part here was that one of those two people was her very own husband. The priest said that it was already too late. The deity of the place where she came from was very weak and evil was firmly residing there. It was actually their house temple which was cursed by some black magic.

“Tu ab Pandoi Devta ke pass hai. Himmat hai toh inse ladke bata” (You are now at the shrine of Pandoi devta. If you have the guts then try and fight him)

Hearing this the lady instantly started shouting “Nahi, nahi” (No, no) to which the priest finally acclaimed that if that evil power decided to leave her body, the deity would decide its destiny on his own. Thank god, it finally did. The whole experience was quite astonishing for me because it was the first time I had seen anything supernatural in front of my eyes.

There is actually another reason as to why kotighat is a famous place. It’s because there is a particular time everyday when the deity’s soul enters the body of the main priest who then listens to the problems of his devotees and gives them the necessary solutions. This sight can also be terrifying because when the deity acts as the priest his actions would seem rather unexplainable. There is a sudden change in his voice and its temperament. It sure is an experience of a lifetime. This deity is believed to help everyone . Someone even got cured with a deadly disease after visiting this place.

There is something which lives on the other side of our existence. Maybe just energies. But it definitely does.