Kasol is a village in Himachal Pradesh, northern India. It is situated in Parvati Valley, on the banks of the Parvati River, on the way between Bhuntar to Manikaran. It is located 42 km east of Kullu at the height of 1640 meters. 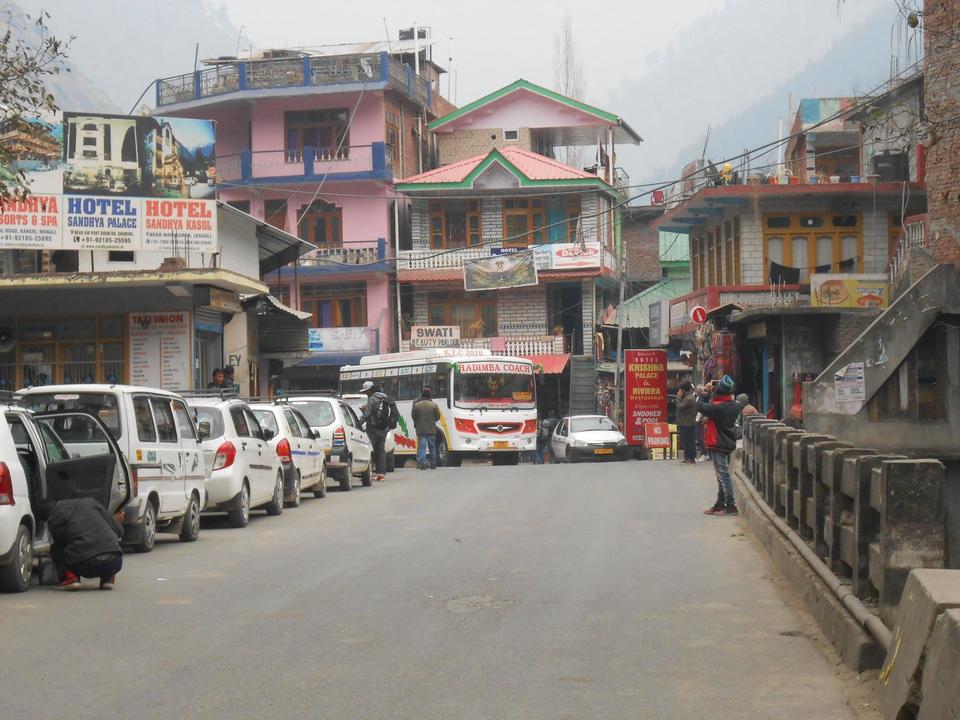 Manikaran is located in the Parvati Valley on river Parvati, northeast of Bhuntar in the Kullu District of Himachal Pradesh. It is at an altitude of 1760 m and is located about 35 km from Kullu.This small town attracts tourists visiting Manali and Kullu to its hot springs and pilgrim centres. 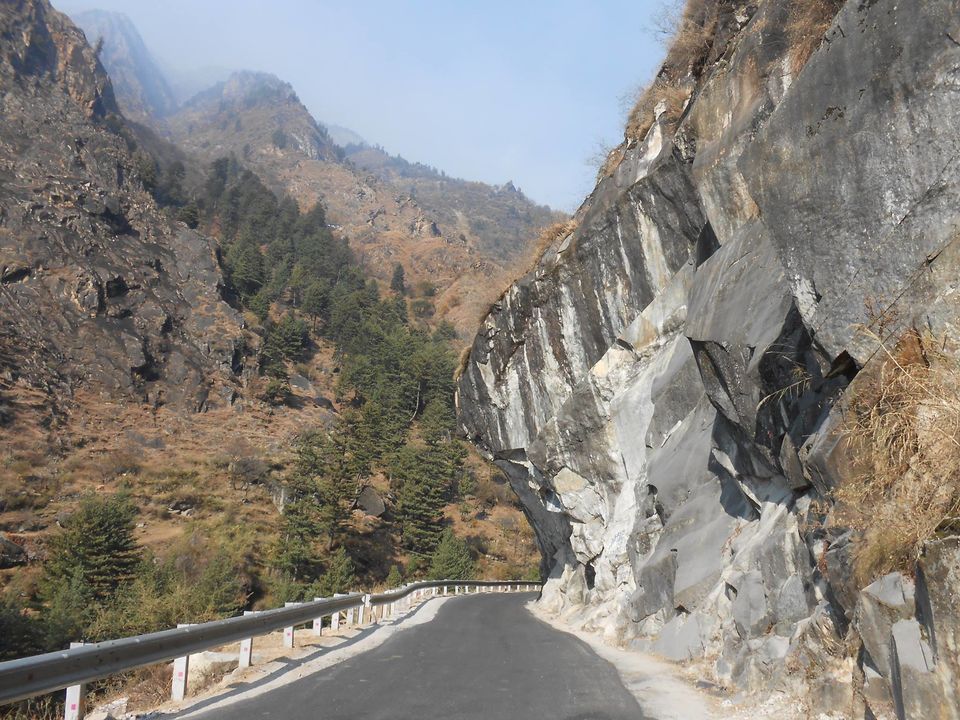 Manikaran is a pilgrimage centre for Hindus and Sikhs. The Hindus believe that Manu recreated human life in Manikaran after the flood, making it a sacred area. It has many temples and a gurudwara. There are temples of the Hindu deities Rama, Krishna, and Vishnu. The area is well known for its hot springs and its beautiful landscape.

According to legend, when the Hindu God Shiva and his consort Parvati were walking in the valley, Parvati dropped one of her earrings. The jewel was seized by Shesha, the serpent deity, who then disappeared into the earth with it. Shesha only surrendered the jewel when Shiva performed the cosmic dance, the Tandava and shot the jewel up through the water. Apparently, jewels continued to be thrown up in the waters at Manikaran until the earthquake of 1905. 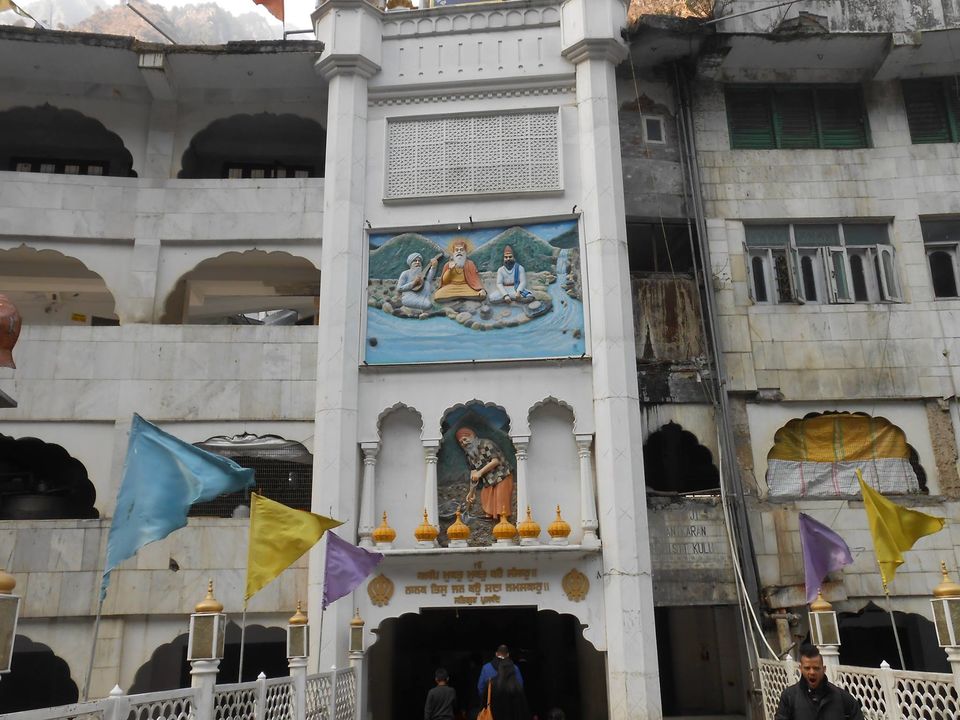 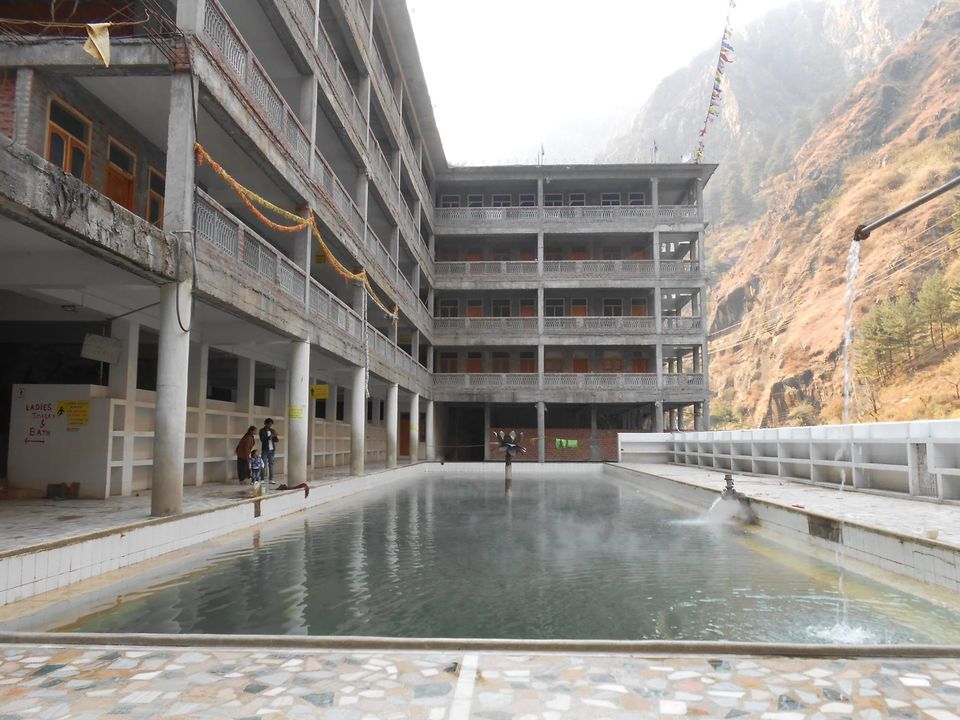 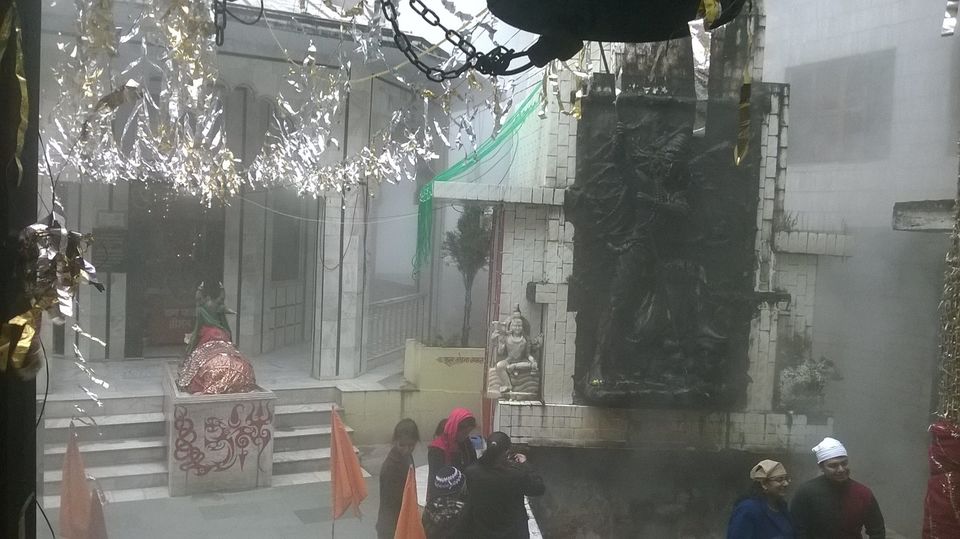 According to the Sikhs, during third Udasi, the founder of Sikhism Guru Nanak came to this place in 15 Asu 1574 Bikrami with his disciple Bhai Mardana. Mardana felt hungry and they had no food. Guru Nanak sent Mardana to collect food for the langar (the Community Kitchen). Many people donated atta (flour) to make Roti(bread). The one problem was that there was no fire to cook the food.Guru Nanak asked Mardana to lift a stone and he complied and a hot spring appeared. As directed by Guru Nanak, Mardana put the rolled chapatis in the spring to his despair the chapatis sank.Guru Nanak then told him to pray to God saying that if his chapatis float back then he would donate one chapati in His name. When he prayed all the chapatis started floating duly baked.Guru Nanak said that anyone who donates in the name of God, his drowned items float back.

The legend of Manikaran states that while roaming around, Lord Shiva and Goddess Parvati, once chanced upon a place that was surrounded by mountains and was lush green. Enamoured by the beauty of the place, they decided to spend some time there. It is believed that they actually spent eleven hundred years here.

During their stay here, Goddess Parvati lost her mani (precious stones[5]) in the waters of a stream. Upset over the loss, she asked Shiva to retrieve it. Lord Shiva commanded his attendant to find the mani for Parvati. However, when they failed, he was extremely angry. He opened his third eye, a tremendously inauspicious event which led to disturbances in the universe. An appeal was made before the serpent god, Sheshnag, to pacify Lord Shiva. Sheshnag hissed thereby giving rise to a flow of boiling water. The water spread over the entire area resulting in the emergence of precious stones of the type Goddess Parvati had lost. Lord Shiva and Goddess Parvati were happy at the outcome. 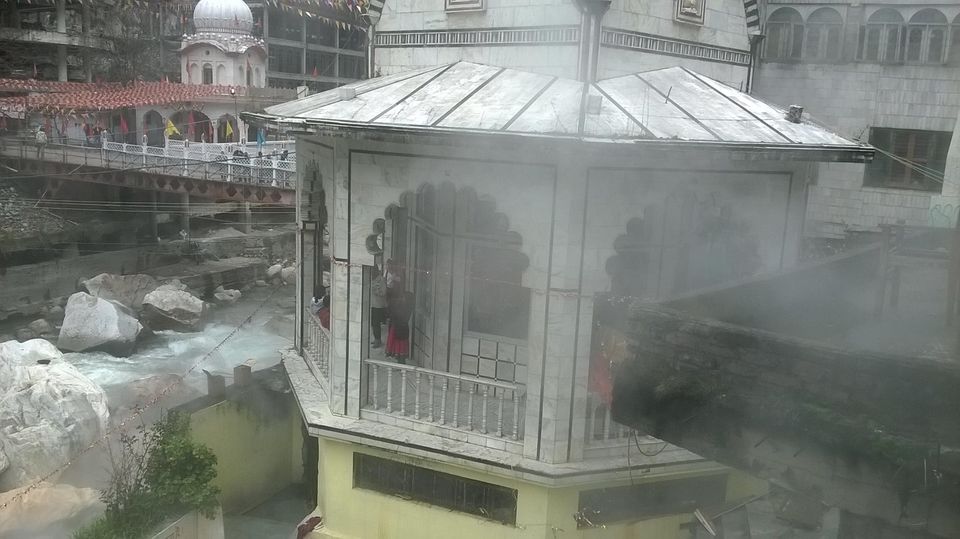 The name Manikaran is derived from this legend. The water is still hot and is considered extremely auspicious. A pilgrimage to this place is thought of as complete. It is also believed that there is no need to pay a visit to Kashi after visiting this place. The water of the spring is also supposed to have curative powers. The water is so hot that rice can be cooked in it. 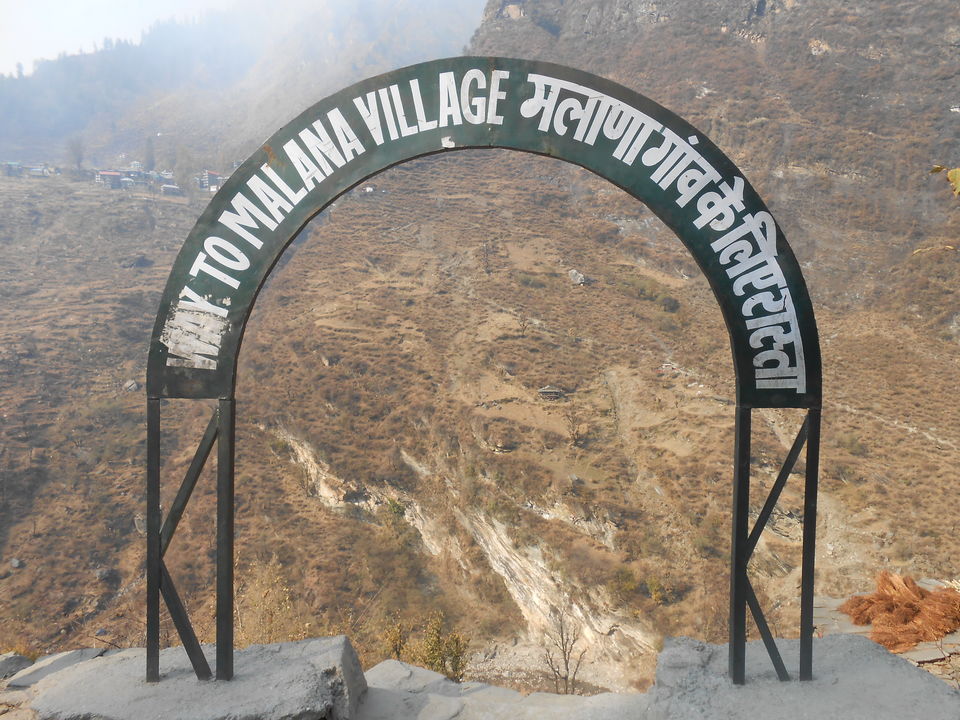 Malana is an ancient Indian village in the state of Himachal Pradesh. This solitary village in the Malana Nala, a side valley of the Parvati Valley to the north-east of Kullu Valley, is isolated from the rest of the world. The peaks of Chandrakhani and Deotibba shadow the village. It is situated on a remote plateau by the side of the torrential Malana river, at a height of 2,652 metres (8,701 ft) above sea level. Malana has its own lifestyle and social structure and people are strict in following their customs. Malana has been the subject of various documentaries, including Malana: Globalization of a Himalayan Village, and Malana, A Lost Identity. The existing speakers of the autochthonous language Kanashi, the traditional language of the inhabitants of Malana, number approximately 1700. According to the 1961 census, the language speakers were then 563, but today the population of Malana is at least three times as large as 40 years ago. 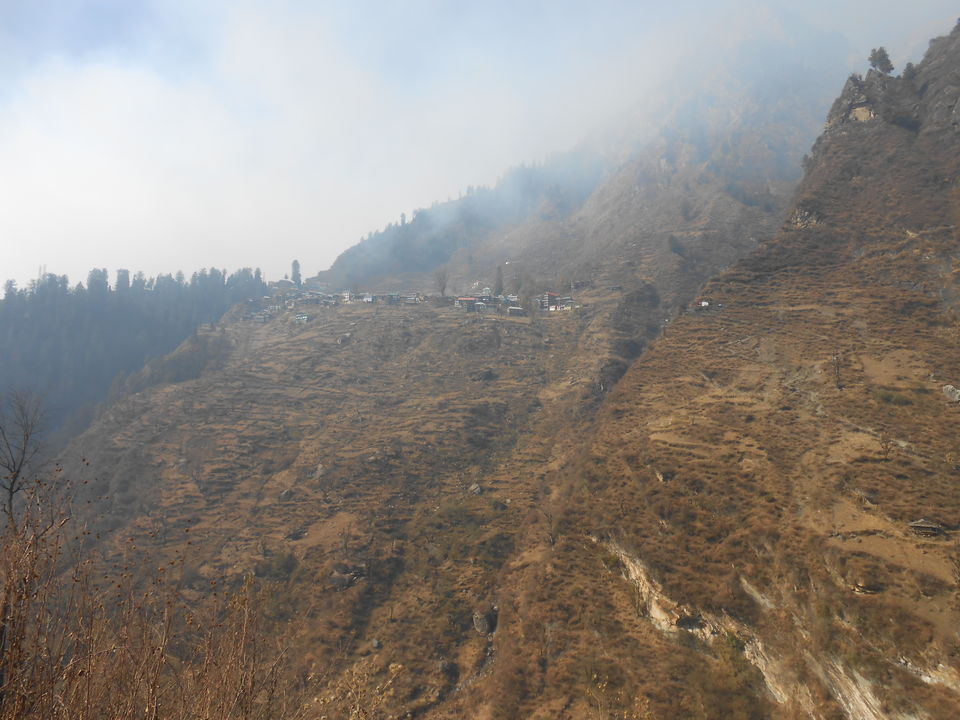 A dam project, the Malana Hydro Power Station, has brought Malana much closer to the rest of the world and provides revenue for the region. A new road has shortened the walking time from several days to just 4 hours. The Hydro Malana Project has also ruined the beauty of the valley. In 2004, Malana was adopted by Aryan Sharma, a businessman based in Delhi. On 5 January 2008, a raging fire in the village, which burnt for more than 5 hours, destroyed cultural structures and parts of ancient temples located in the village. 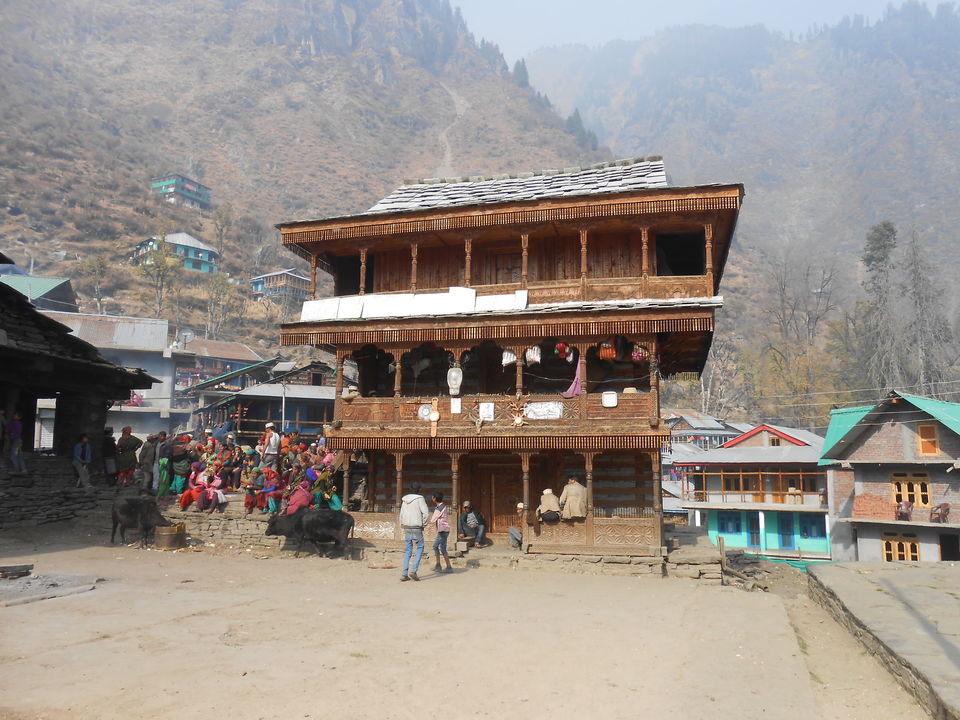 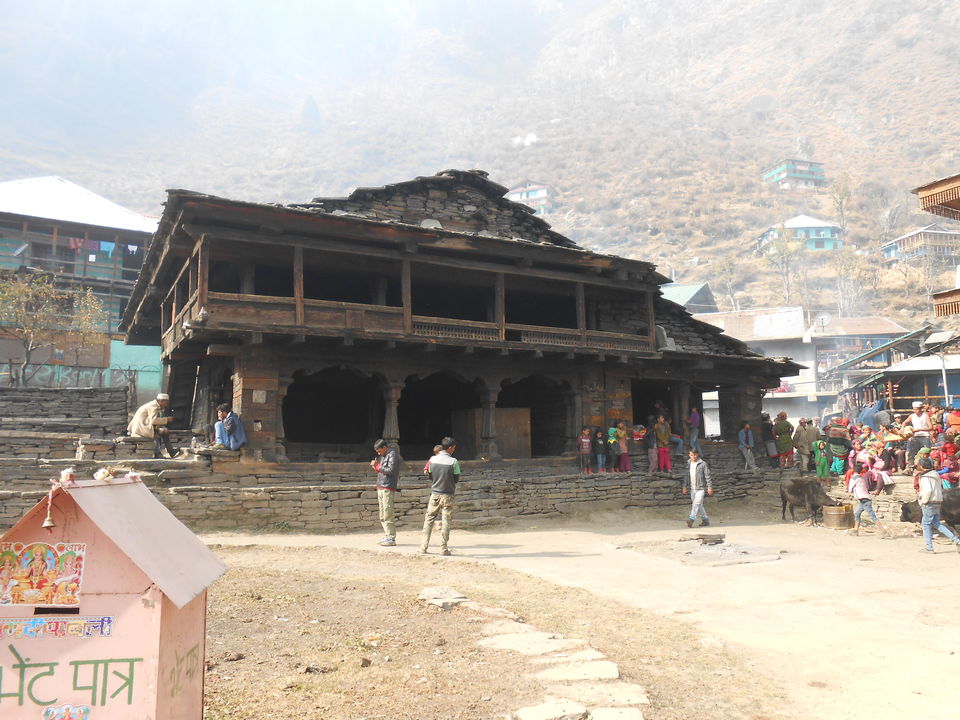 According to tradition, the residents of Malana are the descendant of Aryans[citation needed, and they acquired their independence during the Mughal reign when the Emperor Akbar walked to the village in order to cure an ailment that he was afflicted with[citation needed after having been successfully cured he put out an edict stating that all the inhabitants of the valley would never be required to pay tax. An alternative tradition suggests that Malana was founded by remnants of Alexander the Great's Army. 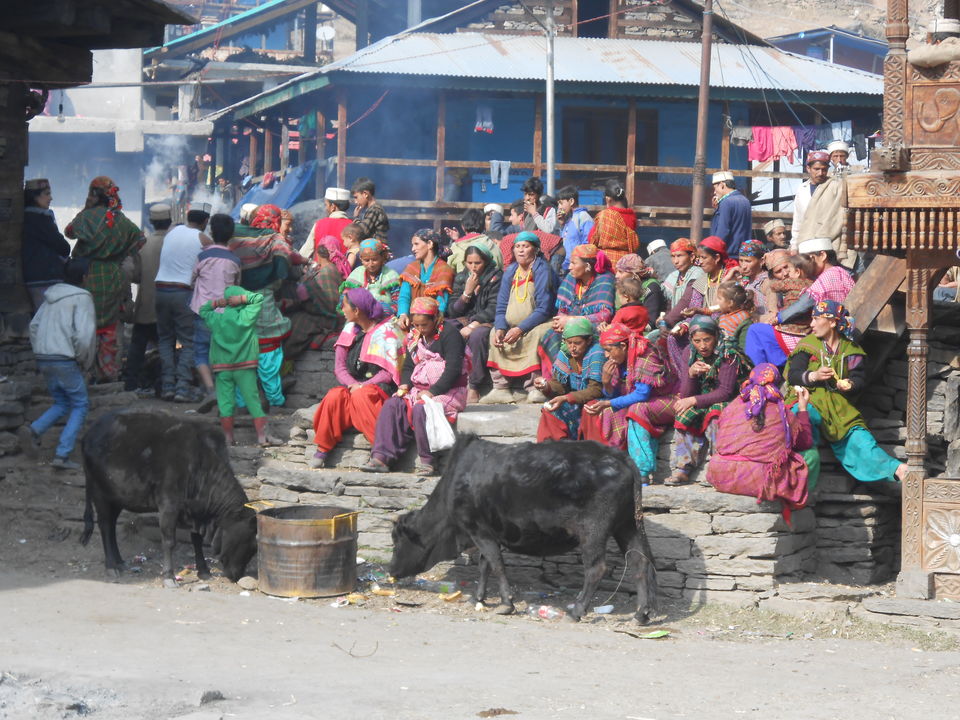 The social structure of Malana in fact rests on villagers' unshaken faith in their powerful deity, Jamblu Devta. The entire administration of the village is controlled by him through a village council. This council has eleven members and they are believed as delegates of Jamblu who govern the village in his name. His decision is ultimate in any dispute and any outsider authority is never required. Thus Malana has been named the Athens of Himalayas.

The village administration is democratic and is believed, by locals, to be the oldest republic of the world.

Malanis (the inhabitants of Malana) admire their culture, customs and religious beliefs. They generally do not like to change though some traces of modernization are visible.

"Kanashi, the language of Malana 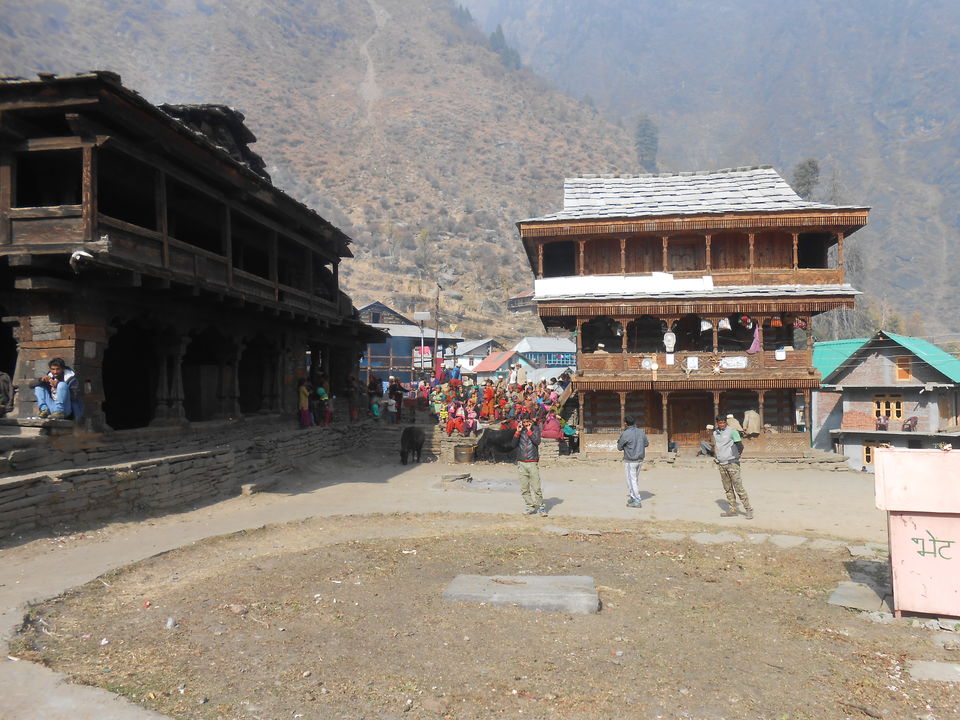 The residents of Malana speak Kanashi/Raksh (supposedly the dialect of devils residing there long ago), which is understood only by the villagers. "Kanashi, the language of Malana, does not resemble any of the dialects spoken in its neighbourhood but seems to be a mixture of Sanskrit and several Tibetan dialects." Ethnologue, citing a reference from 2002, classifies Malana as a Tibetan-Burmese language, rather than as a member of the Indo-European languages, and notes that Kanashi has "no intelligibility with any Tibeto-Burman languages of Lahul-Spiti and Kinnaur" and that Malana is surrounded by Indo-Aryan language speaking populations. 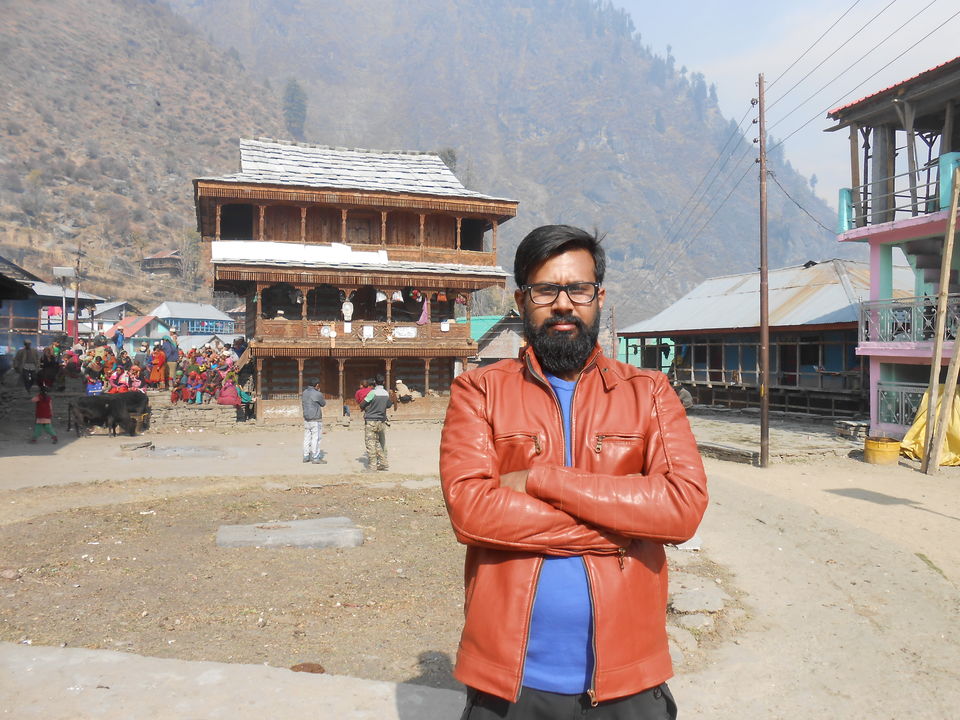 People in Malana consider all non-Malani to be inferior and consequently untouchable. Visitors to Malana town must pay particular attention to stick to the prescribed paths and not to touch any of the walls, houses or people there. If this does occur, visitors are expected to pay a forfeit sum, that will cover the sacrificial slaughter of a lamb in order to purify the object that has been made impure. The visitors are also made to sign a letter of consent stating that anything that happens in the village of Malana shall be sorted by the village administration and no other jurisdiction can intervene in the process. Malani people may touch impure people or houses as long as they follow the prescribed purification ritual before they enter their house or before they eat. Malanis may never accept food cooked by a non-Malani person, unless they are out of the valley (in which case their Devta can't see them). Malanis may offer visitors food but all utensils will have to undergo a strict purification ritual before they can be used again. This is also seen as a technique used by the people of Malana to protect their vested interest in the hashish manufacture / marijuana fields in the mountains above their village, since Malana Cream and other popular, yet costly varieties of the drug come from this part of India alone..

How can we forgot this in Malana 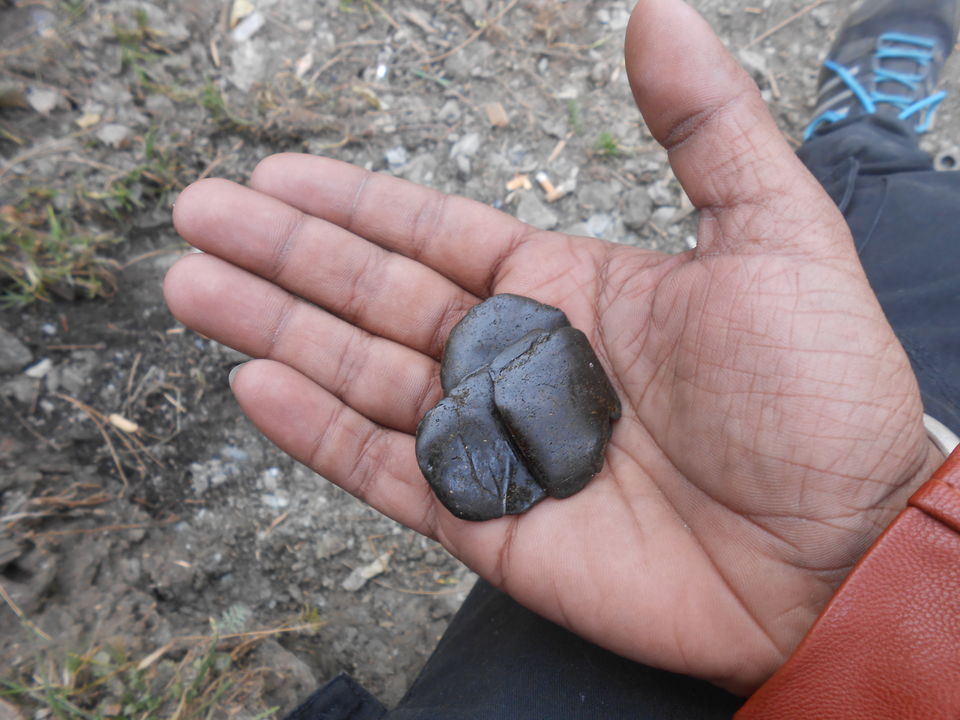 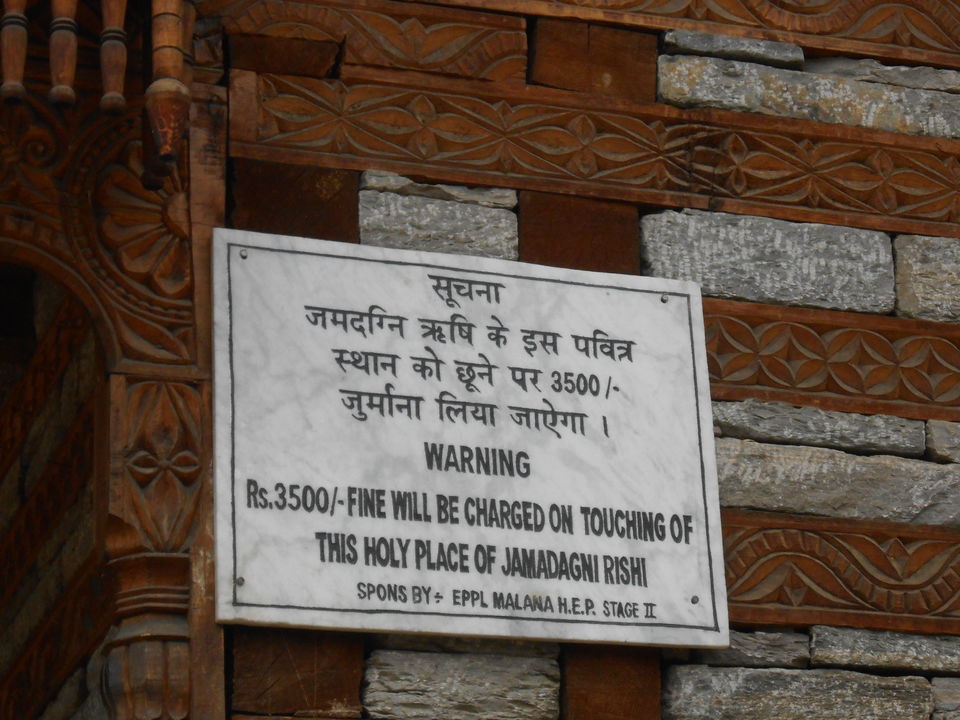 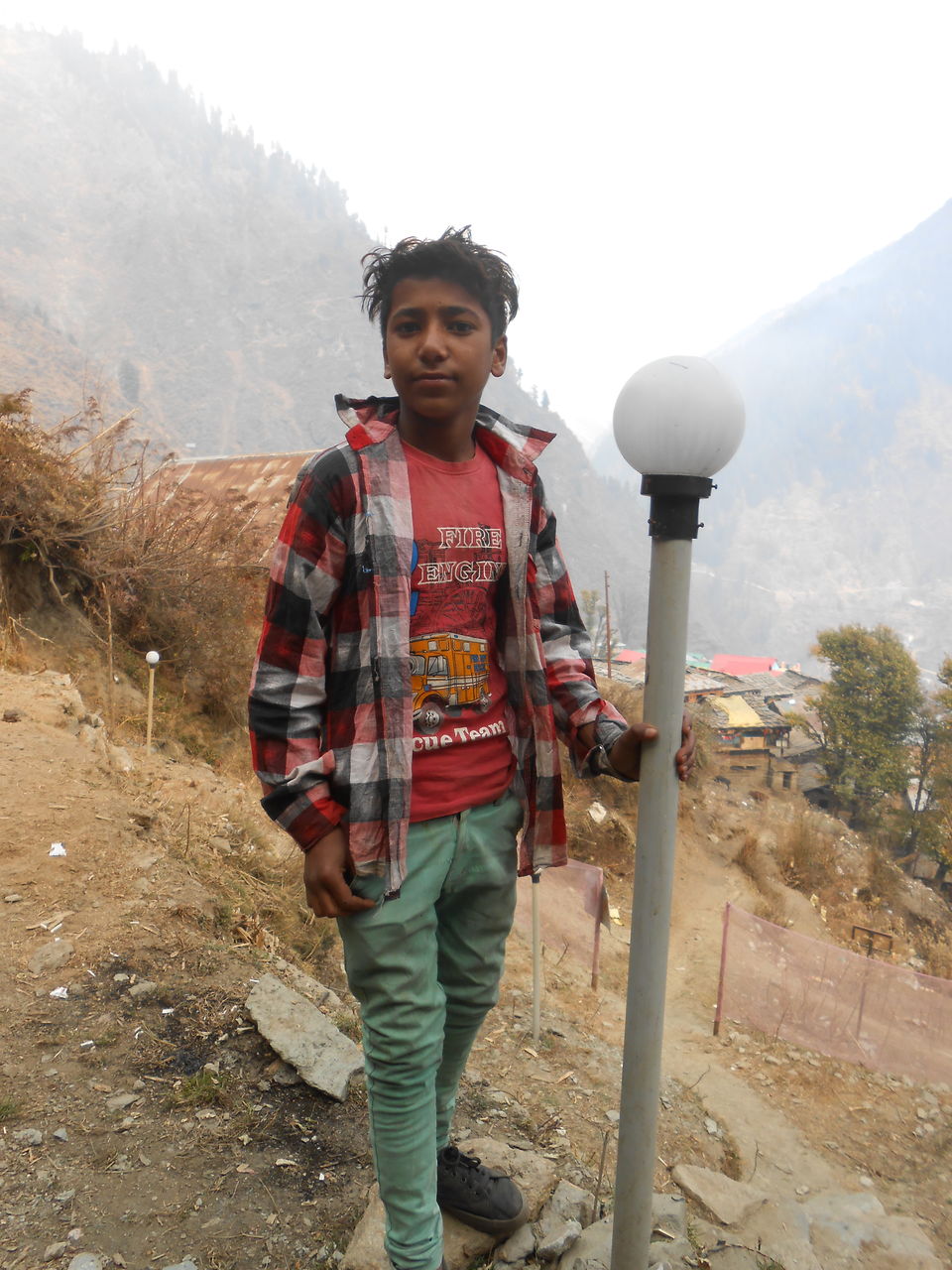 There are various legends about their origin. According to one of them, it is believed that they are the descendants of Greek soldiers of Alexander's army. As the legend goes, some soldiers took refuge in this remote land after Alexander left the country and later settled there permanently. This myth is however disputed because there are those who claim that it is the valley of Kalash, in Pakistan that is actually the area in which Alexander the Great's soldiers took refuge. This legend is also inconsistent with the legendary descent of the local people from Indo-Aryans who would pre-date Alexander the Great's soldiers by approximately a thousand years. Recent genetic typing of the Malani population is more consistent with an Indo-Aryan origin with a large proportion of Y-DNA haplotypes J2 and R1a associated with Indo-Aryan influences in South Asia than with a Greek origin which would have a different characteristic mix of Y-DNA haplotypes. 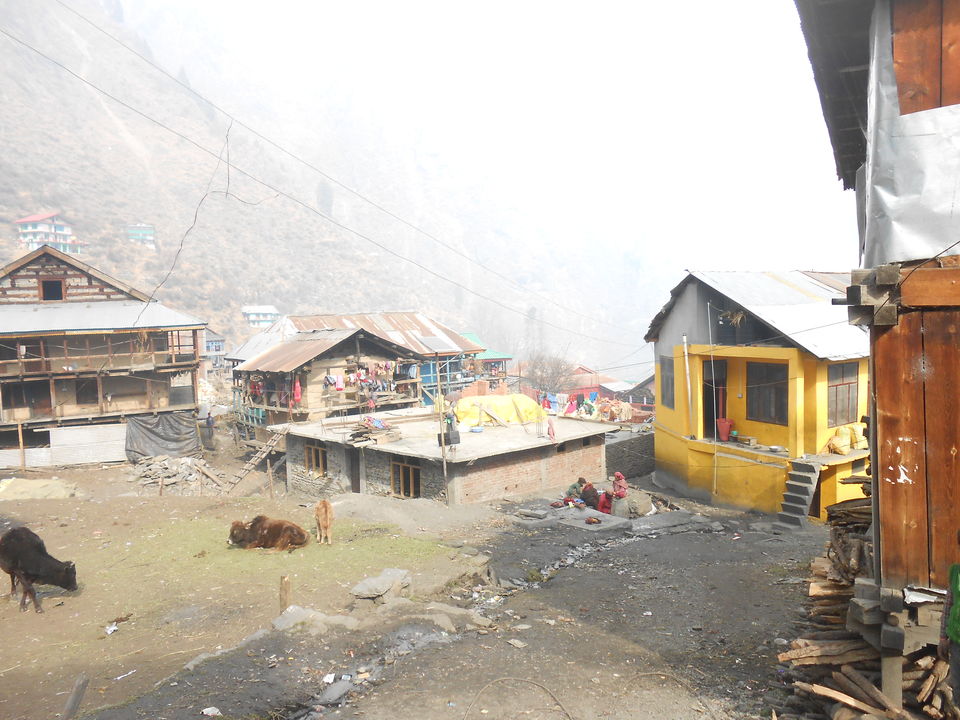 According to authentic sources, the legend of the Greek origin comes from the Malanese people having a lower-house and upper-house system. This system was observed by someone who co-related this system with the system of governance followed in Greece, and hence formed the legend. Their language is called Hamskad and is the native language of Kinnore. 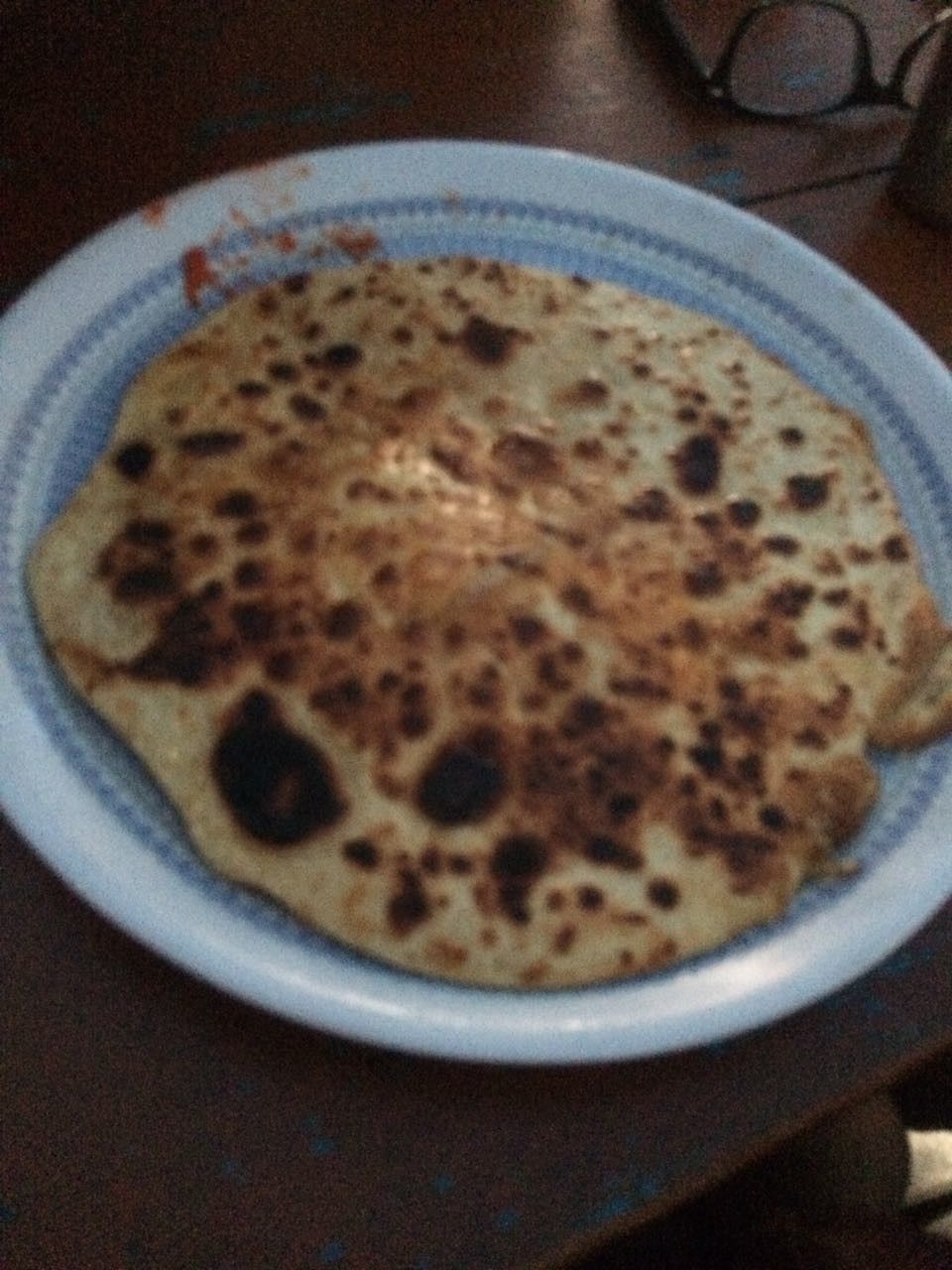 How can you miss Pratha in Kasol, they are lots cafe in kasol who serves pratha like Gobi pratha, Aloo Pratha and my favourite Egg Pratha, actually i live on this food in Kasol. If you are trekking keep ready to eat food and water bottle with you it helps you alot while trekking. 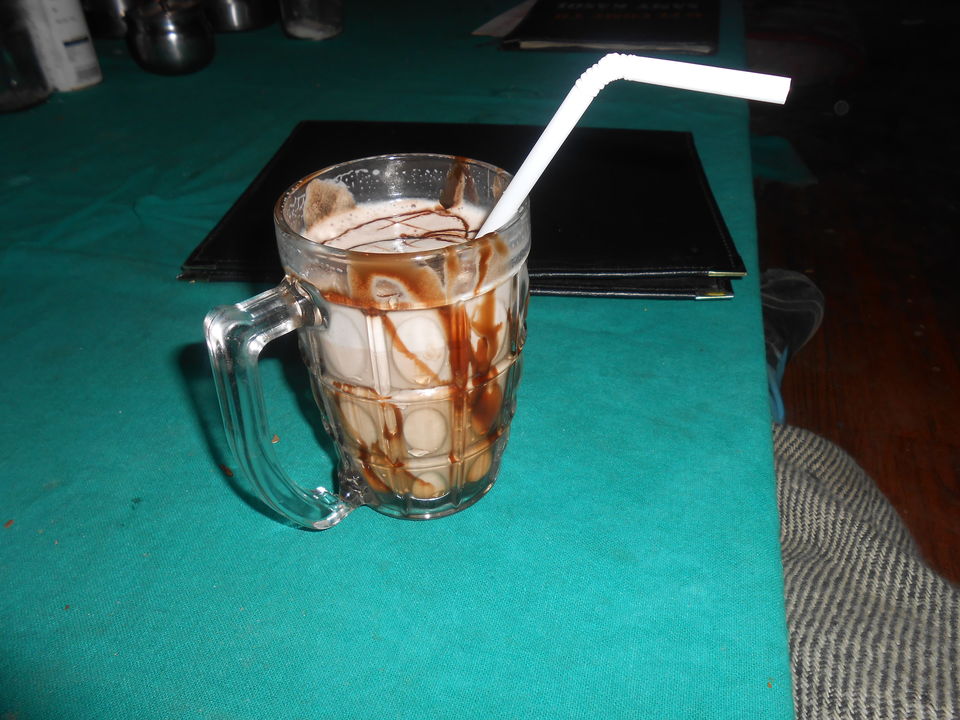 Chocolate shake at Bhoj cafe you should try this one. 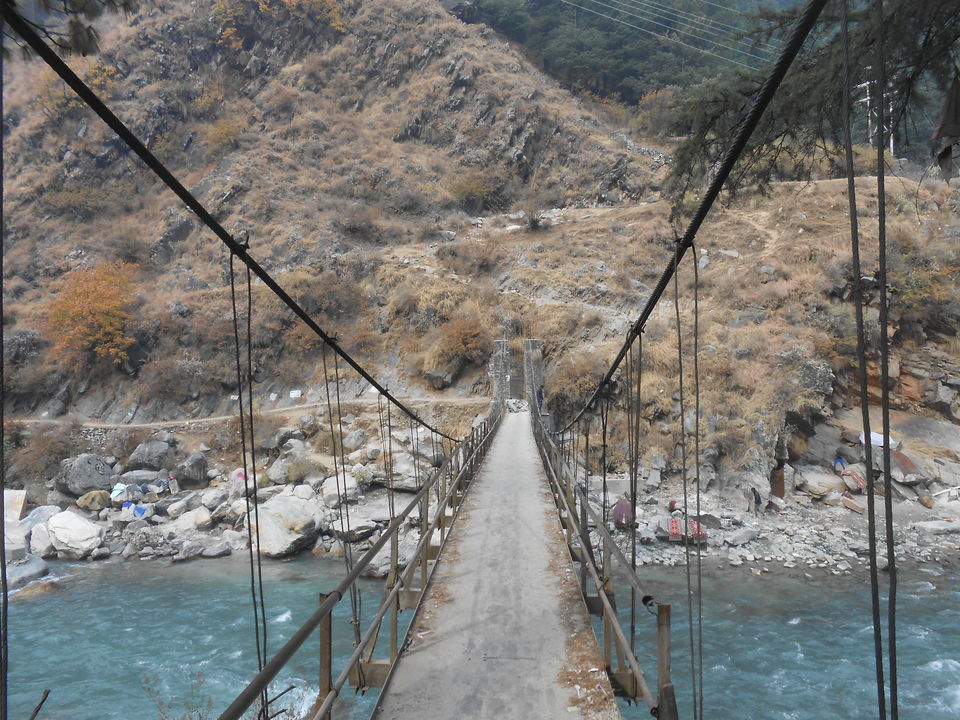 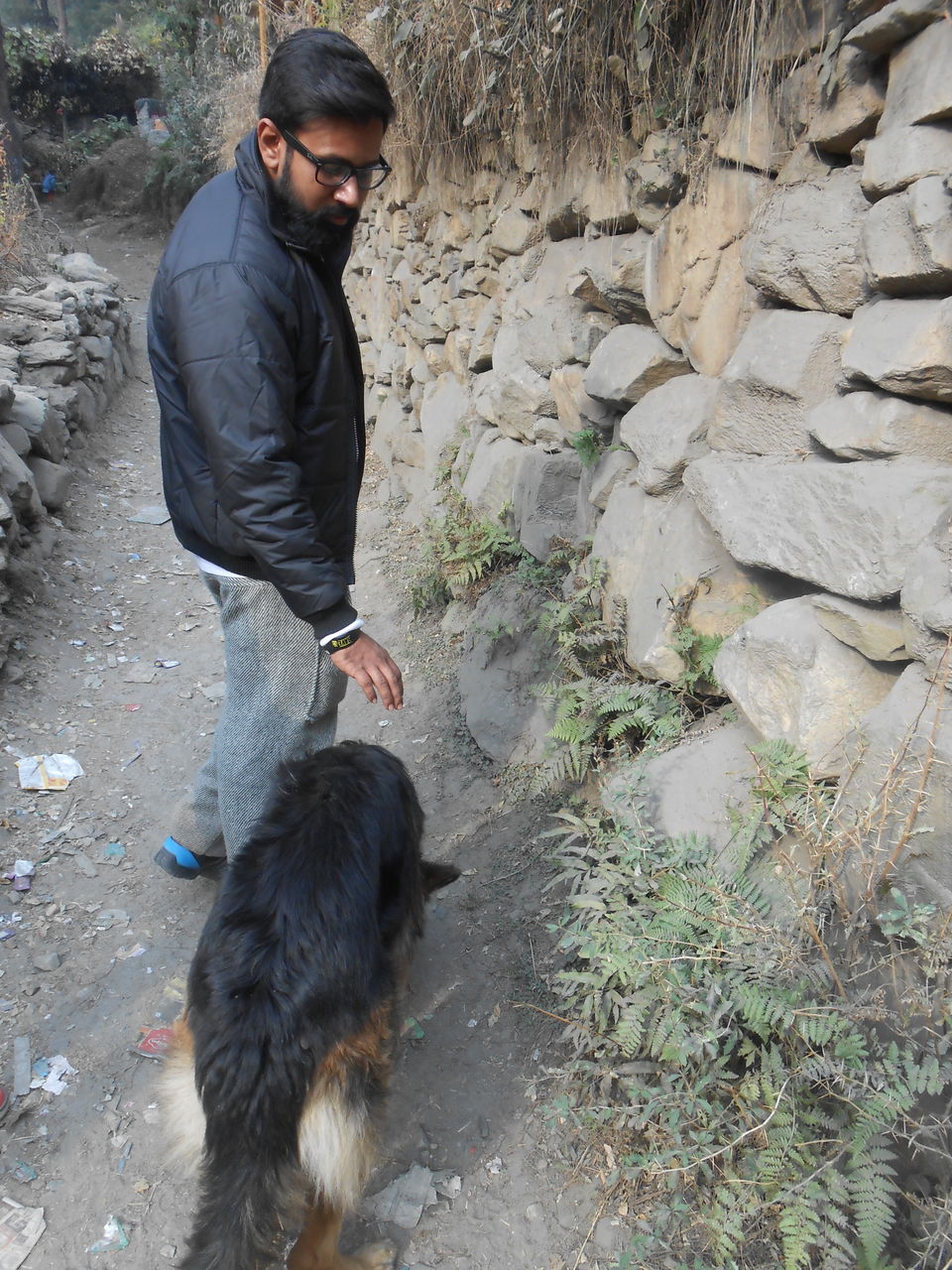 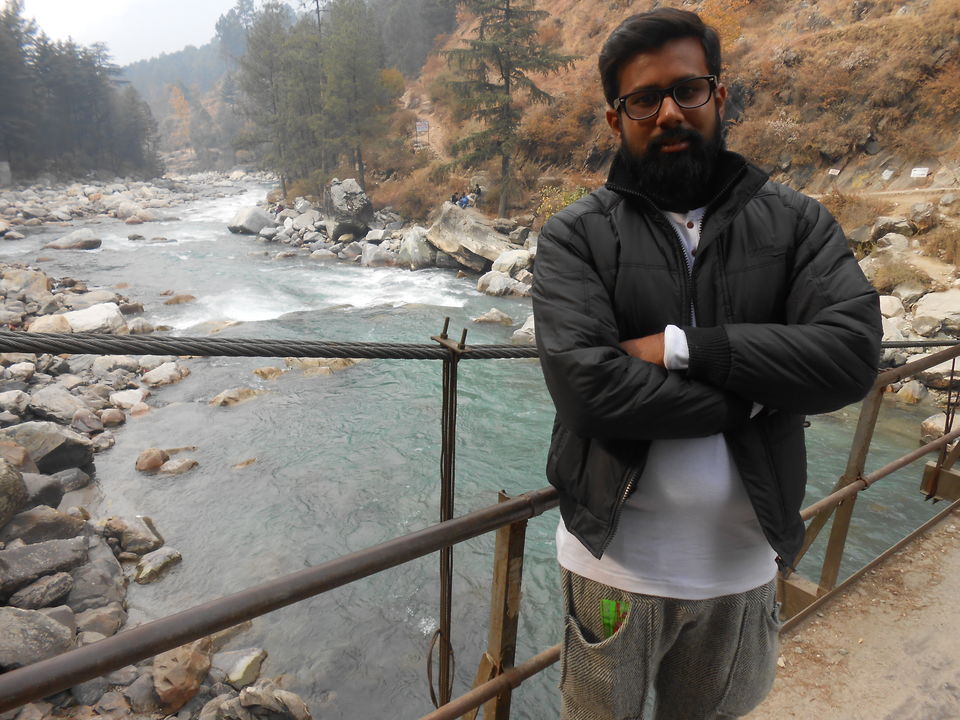 According to the local legends, Jamlu rishi (sage) inhabited this place and made rules and regulations. The locals claim it to be one of the oldest democracies of the world with a well-organized parliamentary system, guided by their devta (deity) Jamlu rishi. Although Jamlu is currently identified with a sage from the Puranas, this is a relatively recent development. Jamlu is believed to have been worshipped in pre-Aryan times. Penelope Chetwood recounts a tale about an orthodox Brahmin priest, who visited Malana, and tried to educate the locals about the pedigree of their god, and what subsequently befell the hapless priest.

Despite being a part of the Kullu valley, there is a myth that the Malanis have very distinct physical features, and a dialect which is different from the rest of the valley. However, in the valleys of Himachal, there are a significant number of distinct Pahadi dialects, some of them totally different from each other. Hence the physical/lingual uniqueness cannot be proven, given the inaccessibility of the Malana people, except for the trade of Marijuana / Hashish in the Parvati valley. 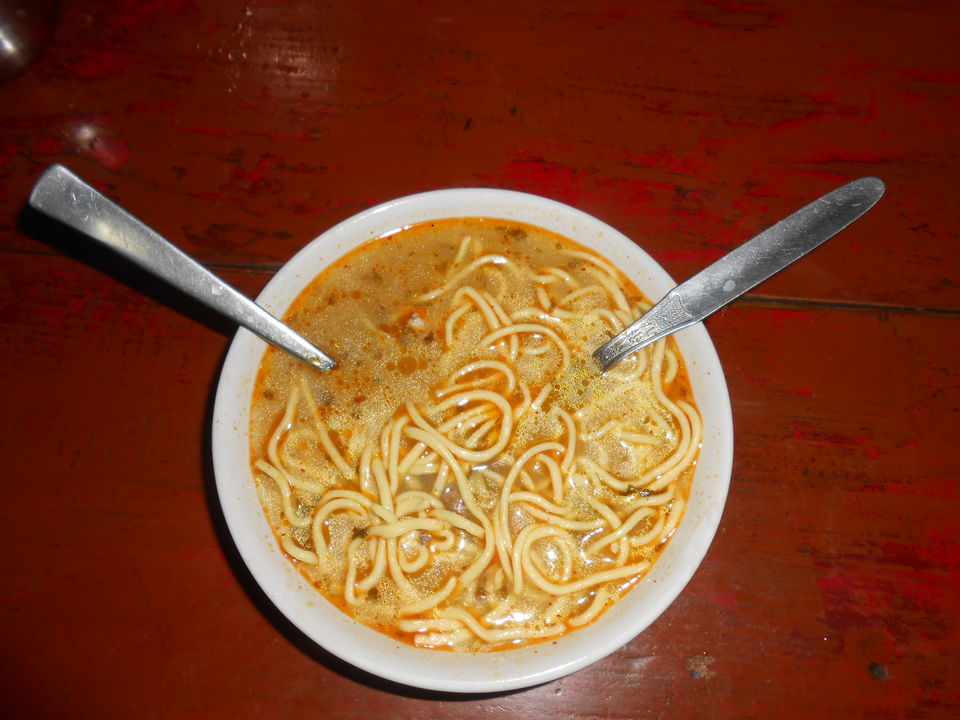 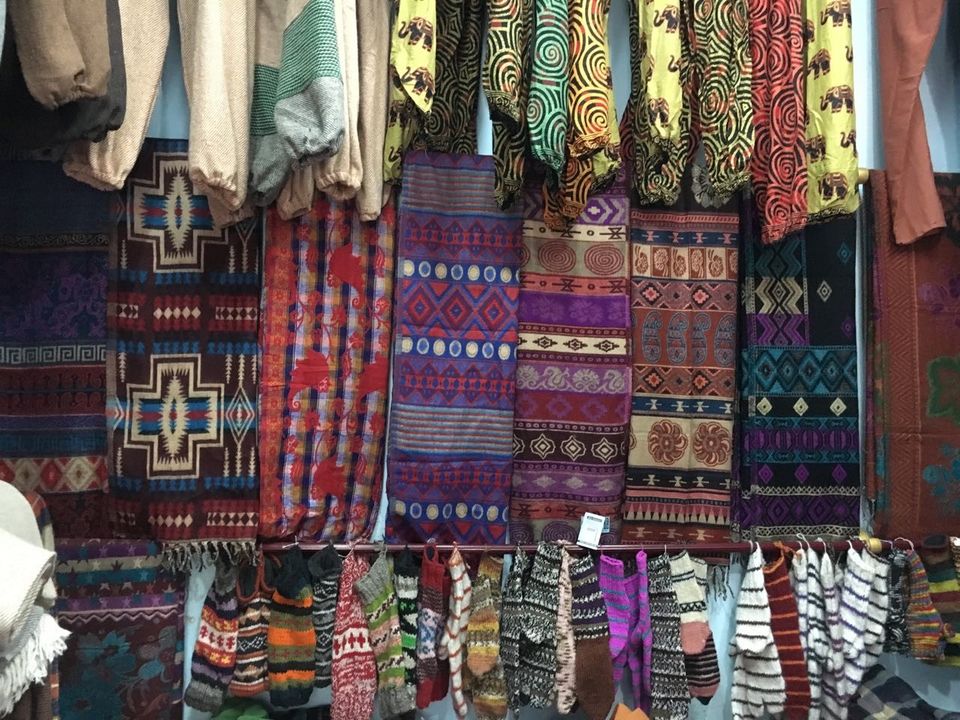