WHERE YOU CAN DO IN INDIA :

There are also many other points in India. You can search on google before going there whether it is available or not.

HOW MUCH YOU HAVE TO PAY:

It depends on the tourist season of that area and time duration of your flight. Rates may be between 1.5k-5k per person. I have done paragliding in 1.5k in Manali in July 2018. Budget tips for paragliding:

1)Go just before starting and after ending of tourist season. You will get everything at low rates.
2)Go early morning like 7-8AM . At that time there will be less number of tourists. I used this trick to get the cost reduced from 3k to 1.5k.

HOW DO YOU FEEL:

Don't overthink about the fear. There will be a pilot with you who will control the flight. Everybody has some fear of heights. I am also afraid of heights but I did it. There will be little fear during taking off like planes but believe me after that you will enjoy the view. So whenever you get a chance of any adventure activity; just do it without any second thoughts.
As Jordan's quote says :

Just before the landing 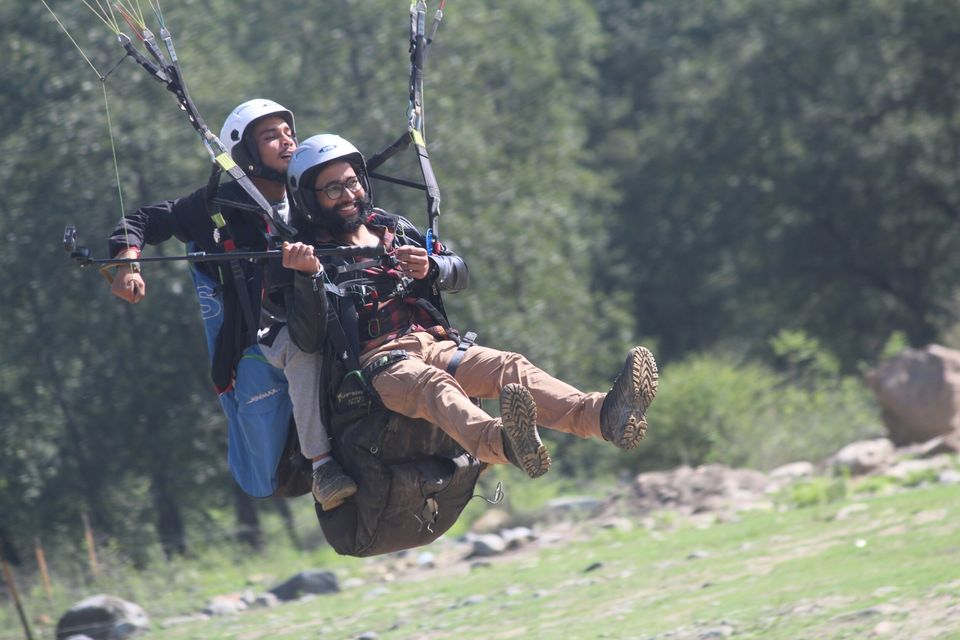 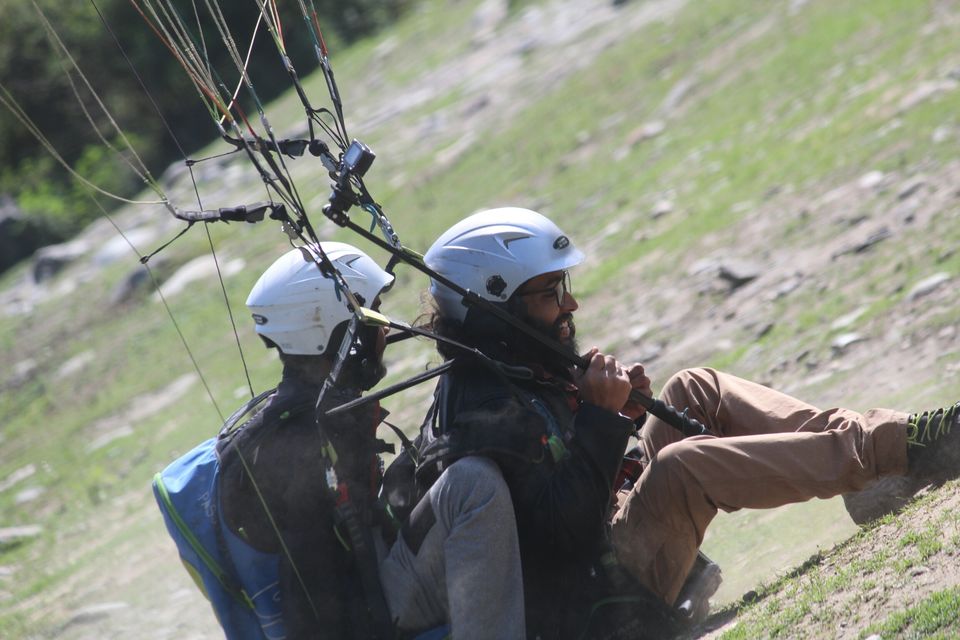 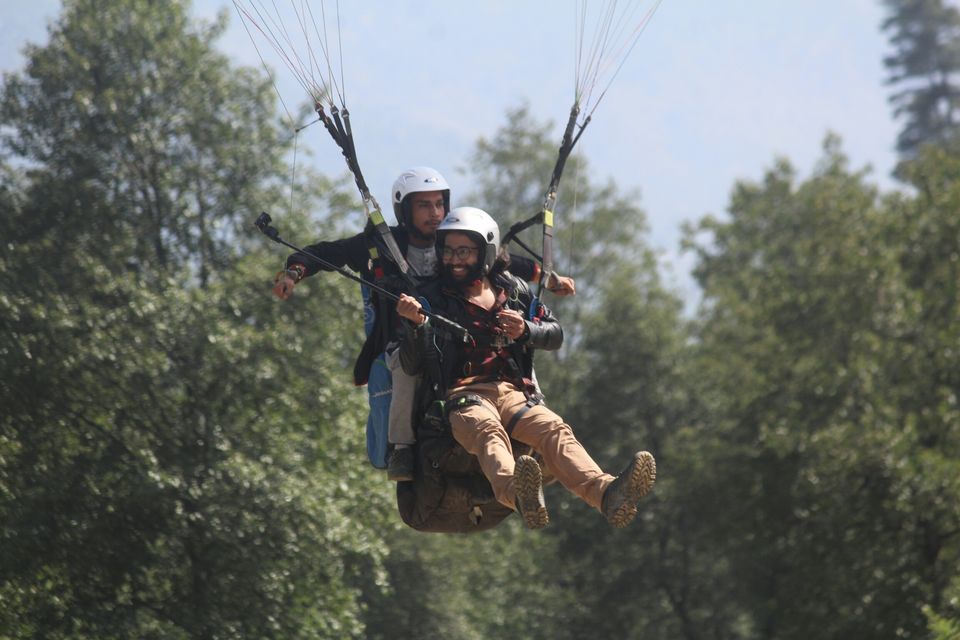 Pilot pulling the strings to land 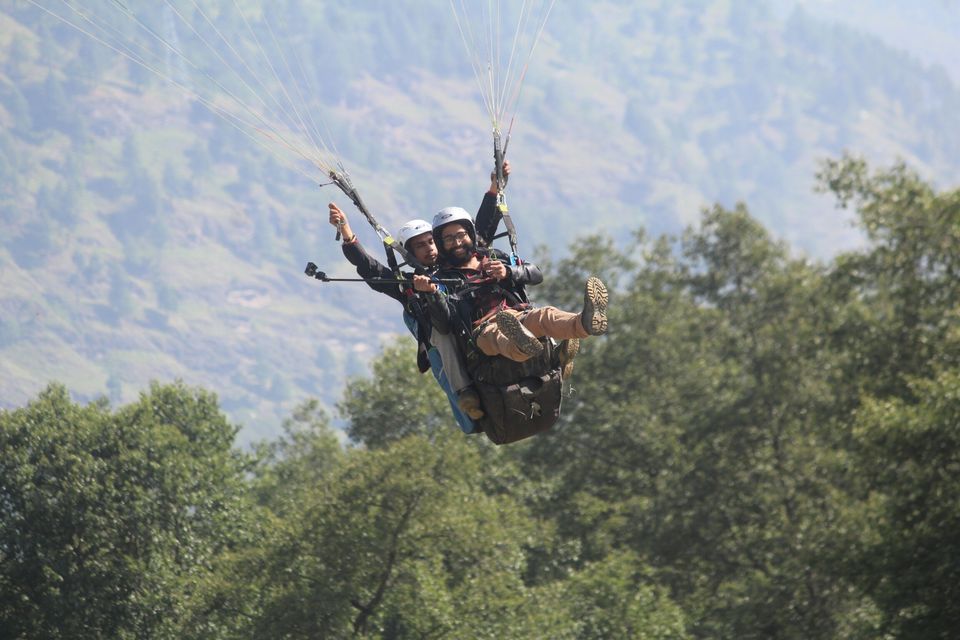 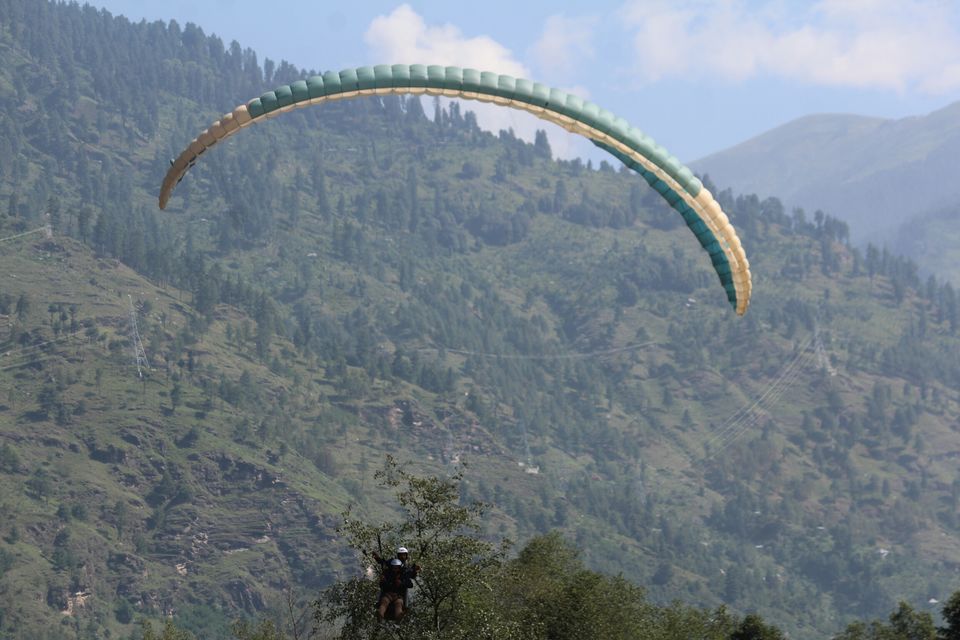 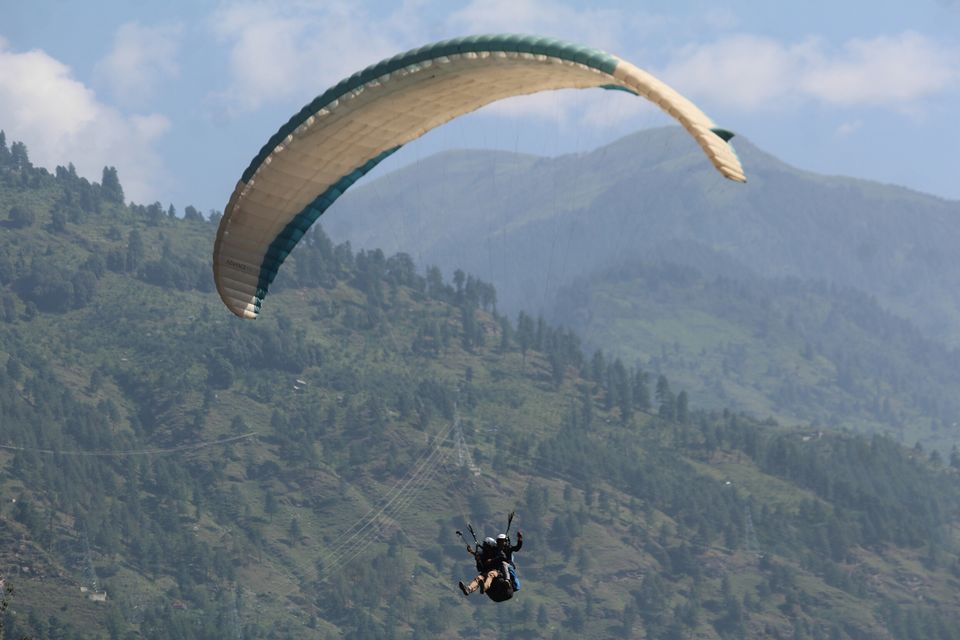 Smiling for the camera???? 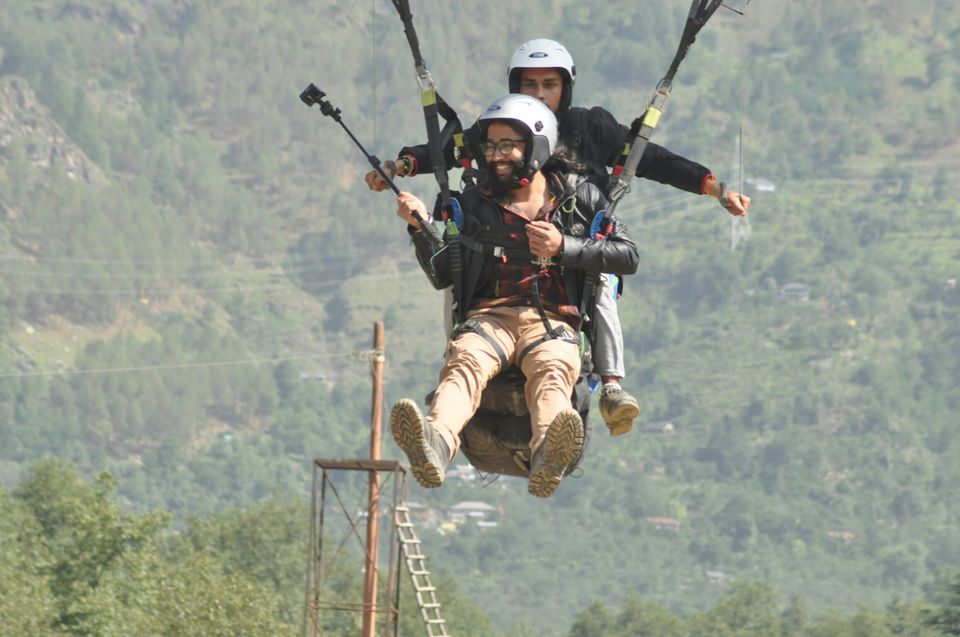 When you have countered you fear of heights 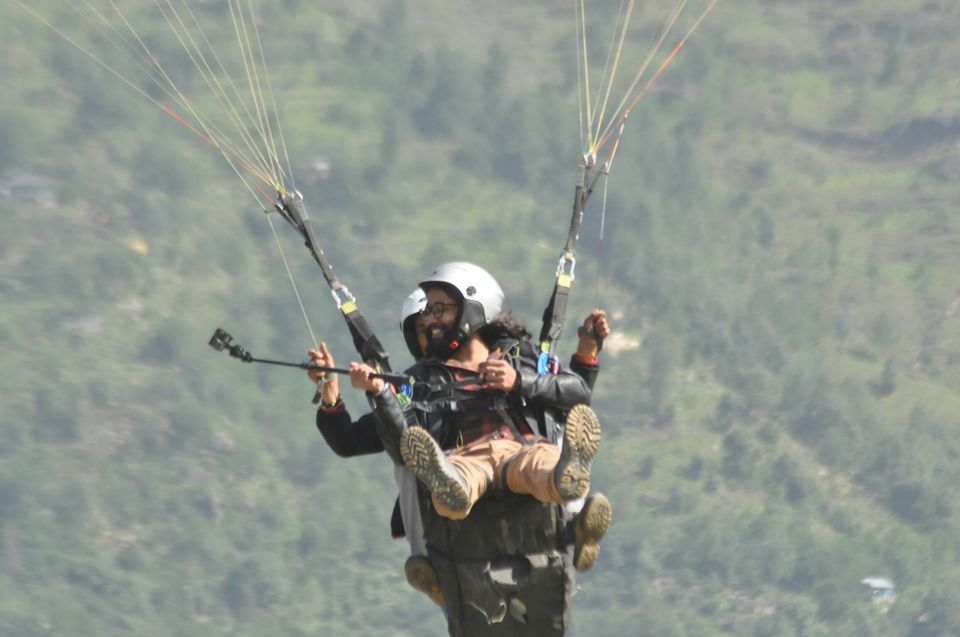 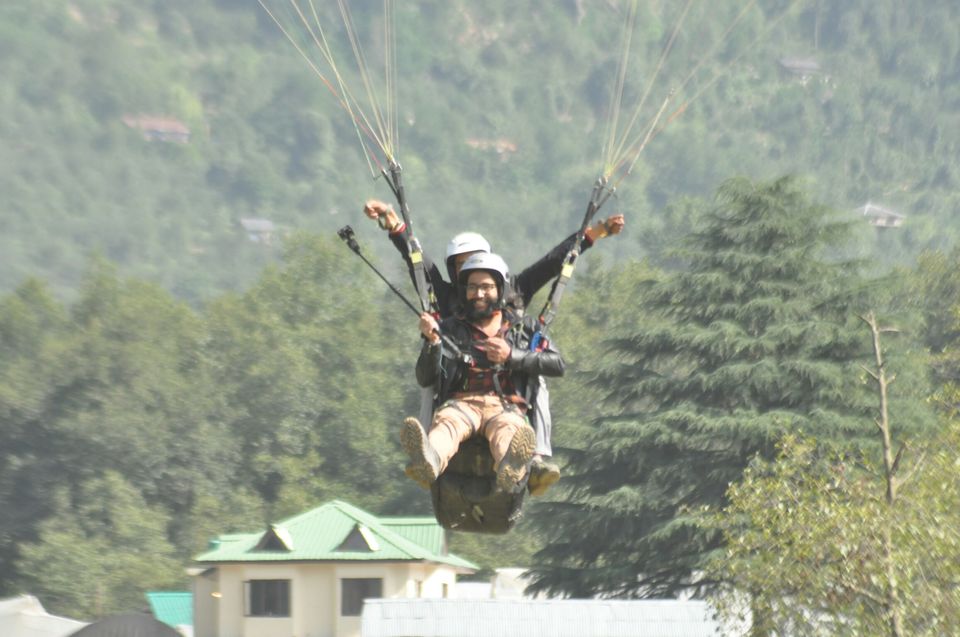 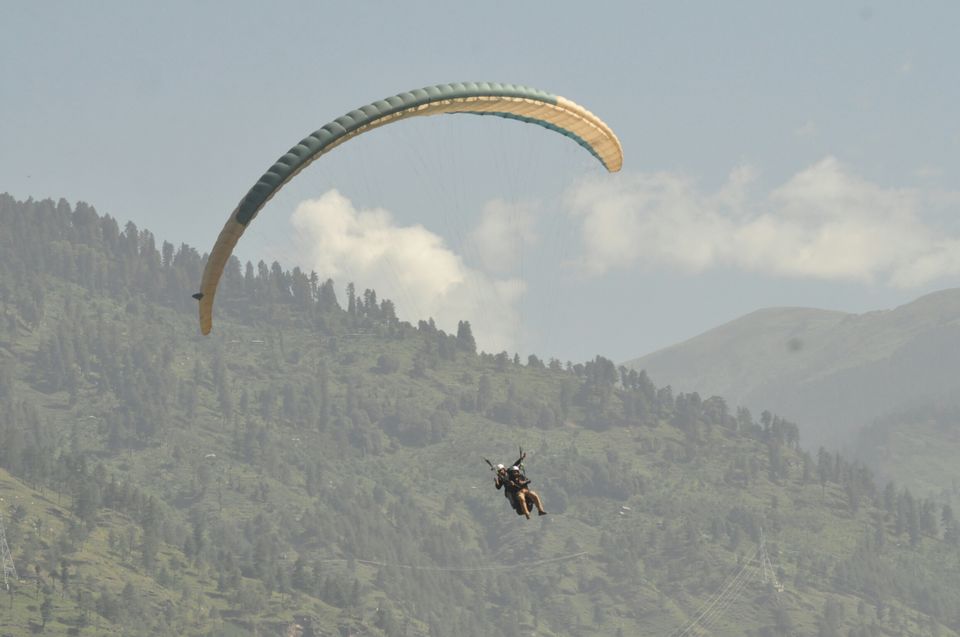 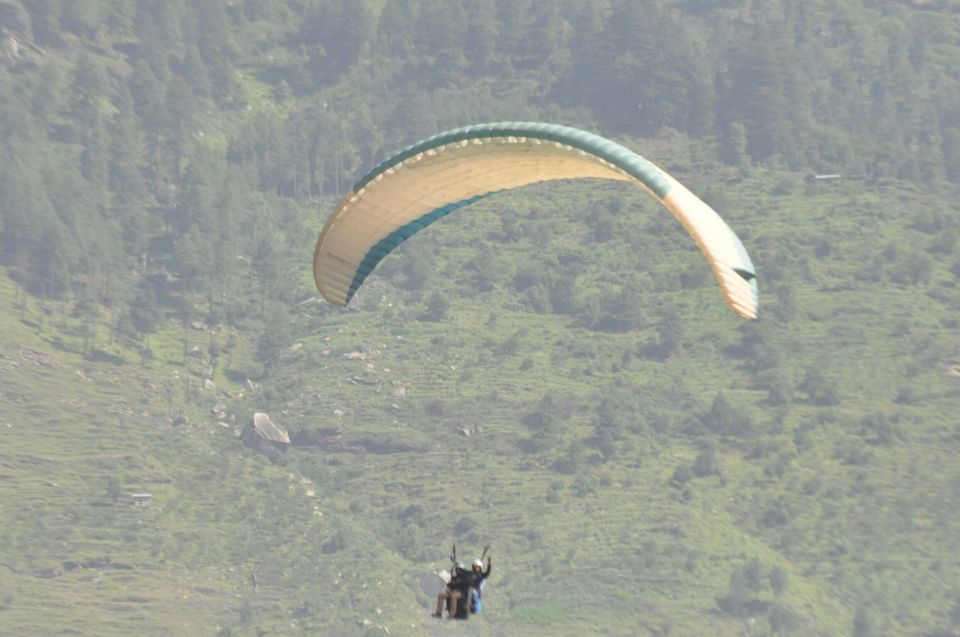