Paragliding at Kamshet(2 hours drive from Mumbai)....flying with the birds!!

By Gireesh Gangadharan (To Wander Is To Be Alive)

Flying has always been an intriguing experience for human beings from the beginning of time. And I must admit here, it definitely is an awe inspiring experience :). The joy of watching a bird flying high up the sky is beyond expressing in words, because it signifies the freedom the birds has. And this very feeling of FREEDOM has inspired man to try and find ways to fly. So it would be rightful to say that though we do not have wings to find, our mind definitely has means to develop ways to aid us fly. Paragliding is one such adventure activity where you can soar high in the sky and feel bird like, getting a bird's eye view of the surrounding below. 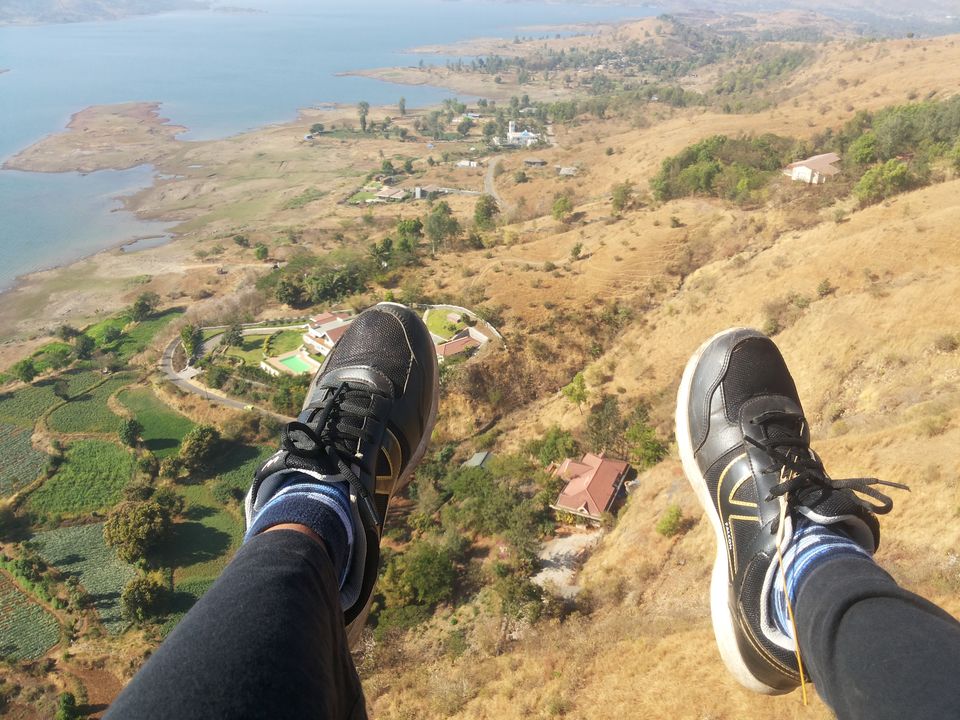 I have done Parasailing in past, and from then I had the desire to do Paragliding one day. I always used to check for options available near by. As I am from Mumbai, Kamshet seemed to be an obvious choice. You can check http://www.templepilots.com/Tandems/default.aspx for details.

Templepilots offer certification courses in Paragliding, if you want to establish yourself as an independent glide pilot. Best part is for adventure seekers who want to just experience paragliding as a one time thing, Tandem paragliding is for you!! 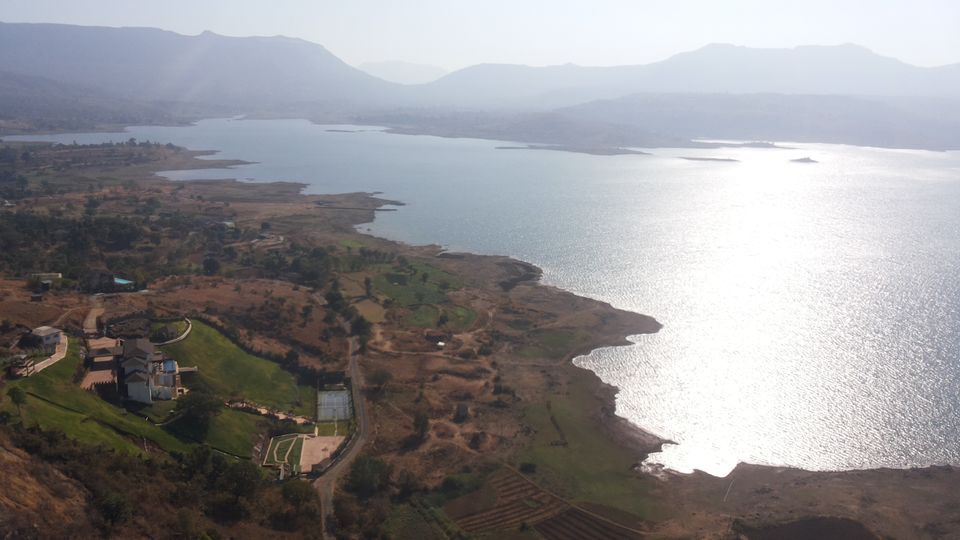 I completed by registration for the ride and fixed the date for a weekday. The site was informed to me a day prior to the event. As the activity is very much dependent on the condition of the wind, the team select Pawana Lake site for the event out of the two available sites in Kamshet. The reporting time was 3pm.

I reached the site along with the team after meeting them at a point near the Kamshet railway station. We had to fill up a form prior to the activity, giving some emergency contact details followed by a brief instruction session. Within 5 to 10 mins the experienced pilots of Templepilots we ready to take their first flight of the day.

I was all excited for the moment. I was second to fly, I had a selfie stick and decided to take my phone up with me hooked to the stick!! Within seconds here I was floating midair and all I could see below were mountain, lake and the sun straight ahead of me :). We went a lot ahead and could not see the point from where we started the flight. I could feel the breeze hitting my face, which was completely unexpected because I was expecting a violent wind high up the sky. The pilot holded the glider so stable at a point I could literally feel like floating in the sky, not moving not gliding....just floating. The feeling of a bird finally. You can open both your arms(no need of holding to belts of the glider) and soak it all in. You would not be able to put your mind to the thought that you are so high in the sky without any motorized vehicle and still not feel any fear.....just the joy of the flight(no pun intended). And the icing on the cake were the birds flying around near to the glider.

It is a 10 - 15 mins air time. Since we are landing back at the same spot from where we took off, the pilot will steer the glider using the strings and take a full circle above the point of landing. We are expected to run a bit when we hit the ground, before the team members catch hold of the glider.

For ones who are still planning to do it....My suggestion delay no more, put all the worries aside and go for it!! 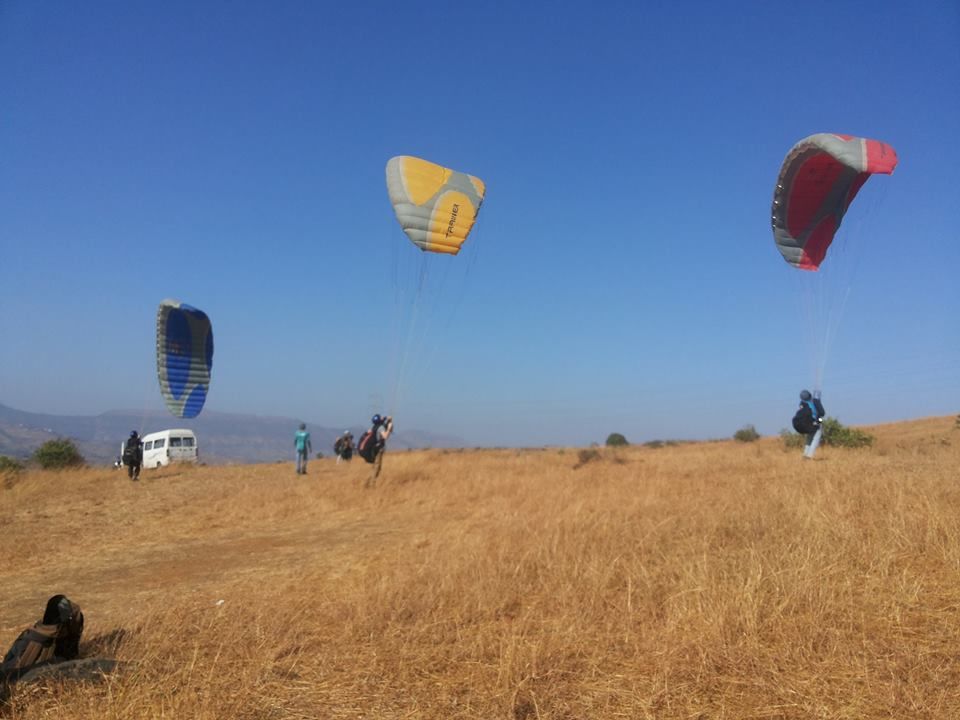 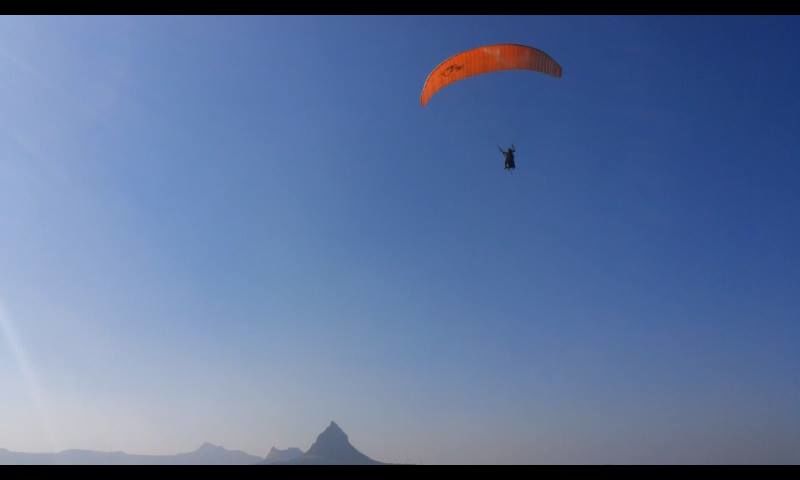 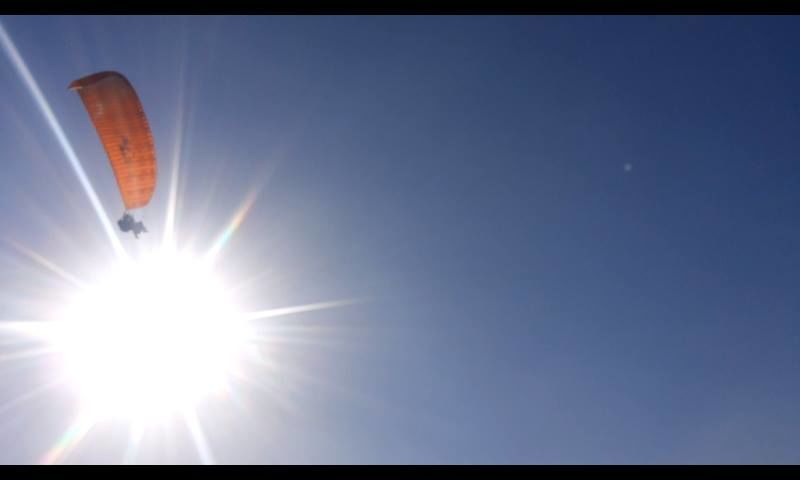 P.S : - Go-pro cameras are available with the organisers at an additional charge. Even there are various flying techniques which the trainer will explain and can be enjoyed if you wish at an additional cost too.

If you like this article, please do check about my awesome Kasol trip: