Once upon a time, a Brahmin from a nearby village cam to visit a lake, named Serolsar Lake (also known as Saryolsar Lake), which is 5 kms of a walking distance from Jalori pass.

While he was taking a stroll around the lake, he drowned himself. 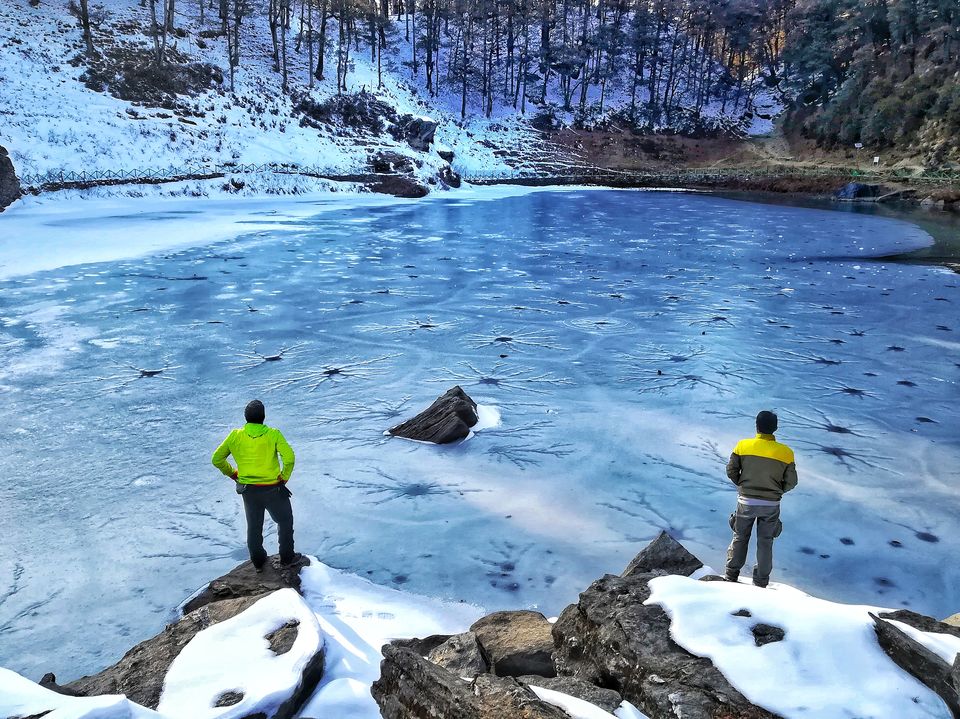 Now, Serolsar Lake is the residence of the Budhi Naagin – the mother of all Nag (Snake) Dieties of Himachal like SheshNag, KamruNag, GhundaNag, MahuNag to name a few and she lives in her golden palace at the bottom of the lake.

She didn’t let the Brahmin drown and saved him. She even allowed the Brahmin to stay in her golden palace. After 3 years the Brahmin wanted to go back home, but he was asked to not tell anyone about the Budhi Nagin’s Residence.

The Brahmin’s family, who assumed him to be dead, was ecstatic on seeing him after 3 years. Everyone kept asking him about his whereabouts for those 3 years but he kept dodging that question. But one day, he reluctantly told his family & friends where he was for those 3 years, and as soon as he did that, he died.

His family & friends were shocked. They wanted to go and figure out about the mystery of the lake. But on the way, they met with an accident and died too. It is believed, that ever since then, any of the Brahmi’s descendants who have attempted to visit the lake have never been able to.

Surprisingly, no geological study has still been able to accurately calculate the depth of the lake. Maybe because the Budhi Nagin wants to stay peacefully in her Golden Palace.

And if you want to offer your prayers to the Budhi Nagin, do so at the temple located next to the lake, and do not venture into the lake – she doesn’t like people taking a dip in it, or standing on it when it’s frozen. You never know, she may mistake you for one of the Brahmin’s family.

P.S. – No matter how adventurous it looks, or how good a picture it makes for, do not get into the lake, and stop others from doing so. The locals worship their deity and the lake. If they see you getting in it, it may hurt their sentiments. Some may get violent and hurt you too.

To know more unheard stories from the Himalayas, check my social media channels. Am most active on Instagram.