As I mentioned in my earlier post, after a quick breakfast, we hit the roads once again around 08:00 hrs for our onward journey to Tabo. The drastic change in the terrain from lush green snow peaked mountains to barren scant vegetation was clearly visible. One of the major worries we had was the road conditions from Kalpa to Spiti. I did a lot of research prior to the trip & almost each travelogue detailed out the roads were far worse than the ones from Shimla to Sangla. After driving in the disaster prone roads in Rakcham, I was definitely not looking forward to driving in "Highways to Hell" once again as others even if they knew to drive, were novice when it came to driving in the mountains. But thanks to my "Grahas & Nakshatras" the roads were pretty decent and well pitched. Yes, the roads were steep &snaked & winded through the mountains, but up to Khab Bridge, I didn't face any issues with the roads. Maybe the tireless efforts of the BRO resulted in the decent roads or maybe they were recently pitched. But I felt no such need to be "Over Cautious" while driving through these roads.

The excitement of the drive grows when you reach Khab Bridge as you can very clearly see the confluence of the Satluj & Spiti River meandering as one towards Kinnaur. The very first sign that you are about to enter "The Land which is meant for the Gods."!!!!! It definitely called for a few clicks & a "Sutta" to mark the occassion ;-).

Next stop on our itinerary was Nako, especially the Nako Lake. Half an hour post Khab, we reached a 3 way cross road with the left wedge taking us to Leo, the straight path towards Spiti & the right wedge towards Nako. It was almost 12:00 hrs and we faminshed. We decided on feasting our eyes first & then our "Pet Puja"; a decision we all regretted later on. We had quite high expectations from Nako Lake as it is highly glamorized, but much to our dismay, it is more of a pond than a lake. Maybe it was our grumbling tummies that were effecting our thought process or maybe I am right and many shall agree to what I just said. But as far as my opinion goes, we were unimpressed by Nako as well as Nako Lake. Well what was done was done and now it was time to satiate our growling tummies. We found a small hang out serving Tibetan dishes. Though Tibetan cuisine is not new to me, my comrades have never tried the same and we ordered Mutton Thukpa, Tibetan Bread (Balep) with home made honey & Veg Momos. After appeasing our tummies, we again hit the road to Spiti Valley, next destination being Gyu for the Gyu Mummy.

We started from Nako around 14:30 hrs and from thenceforth we drove at almost 10-20 kmph as roads were becoming steeper and narrower with abnormal patches of non existence. Finally around 16:30 hrs we reached Sumdo, the first village of Spiti from Shimla side. The feeling, the sense of accomplishment at finally reaching our destination, such joy, much wonder!!!!

After the necessary checking of the documents at the check gate of Sumdo, we were finally let in. The irritating part was the Policeguard at Sumdo Check gate as he didn't let us click the stereotypical "Welcome to Spiti" shots for "Security Reasons". Why Sir???? Why???? :-(

Crossing Sumdo, the roads were decent upto Hoorling which helped us cover some distance in short time.By the time we took the road to Gyu, they were again back to deplorable & we were forced to drudge along. It was already nearing 18:00 hrs and we were worried whether we will be able to reach Tabo before sunset as driving in the Trans Himalayas post Sunset is suicidal. With "Buland Housla" we moved ahead, though deep down we were all apprehensive. Finally with all our doubts we reached Gyu village and thanks to a good local, he pointed us on the right direction to the Gyu Mummy resting place. Gyu Mummy is actually almost a 600 year old mummy of a Lama of the Nyma School of Buddhsim, who with his intense meditation (Dhyaana Mudra) self mummified himself by dehydrating himself of his bodily juices. It's a miracle and a wonder that even today the locals believe the Lama grows his nails & hair.

After paying our obeisance to the Lama, we drove through to our final destination of the day, Tabo around 18:30 hrs. By the time we reached Tabo, sun was already about to set. So we checked into the Hotel we booked & went for a little bit of mountain climbing to check out the ancient meditation caves of the Lamas.

We checked into the Hotel Tow Dhey & the proprietor's son Tenzin greeted us at the hotel entrance. Tow Dhey is located a few yards ahead of the Dewachen Retreat & in my opinion is better, moderately priced & much more hospitable staff than The Dewachen Retreat which on the other hand is over priced & provides you the same facilities like Tow Dhey. Best thing about Tow Dhey was it's heart warming hospitality, authentic and finger lickingly good Tibetan Food (specially prepared for us as we requested for the same) and the facilities. It was totally unexpected to have found a Hotel with all the modern facilities like Tow Dhey in a remote location like Spiti. I shall recommend Tow Dhey to all who are traveling to Spiti let it be friends, couples or family.

Early morning next day, we headed towards the Chogs Khor Monastery a.k.a the Tabo Monastery following the Gelukpa Sect of Buddhism. At walking distance from our Hotel, amidst labyrynthine passages, lies the 1000 years old enigma that is the Tabo Monastery. Very aptly named "The Ajanta of the Himalayas" the wall paintings, thangka paintings & murals we saw in Tabo were a feast for the eyes & gave us an insight into the kind of life the Lamas lived centuries ago. Still functionng & still retaining it's aura, Tabo Monastery was one wonder secretly cooped up in the lap of the mighty Himalayas. It was in a manner disheartening that we were not allowed to click pictures within the main prayer room, but on the hindsight, it is a blessing in disguise to preserve the austerity & the life span of thewall paintings & the Thangkas. We were fortunate enough to have reached early for the prayers & sitting in gratitude to the shlokas & mantras chanted by the Monks gave us a sense of calm and at being with one's own self and delving deep into our existence. Call me old fashioned, but one disheartening thing was the construction of the new Tabo Gompa within the complex near the Main Stupa. I prefer things to be original & though I really care for the Lamas & the need for renovations, I would have prefered Tabo Monastery to retain it's original structure & continue to be the enigma that it is. Well, it is completely my opinion. We spent nearly 2 hrs in Tabo Gompa basking in its glory before finally heading out to Dhankar as our next stop.

Continued in The Middle Land-III

We started around 08:00 hrs in the morning for our long drive from Kalpa to Tabo enroute Nako. This proved to be our hubris as we reached Tabo in the wee hours of the evening. The constant nagging of reaching Tabo late  kind of dampned our spirits and this resulted in our spending less time in Gyu. I would suggest start around 06:00 hrs in the morning so you don't face the same issue as we did & enjoy this portion of the road trip without any nagging issue. I personally didn't enjoy Nako & skipping Nako heading directly to Gyu would not be a bad option. Total distance we covered for the day was around 170 kms over a time of 10-11 hrs. Excluding Nako, it may come to be around 150 kms over a period of 8-9 hrs. I personally would suggest Tow Dhey for accommodation in Tabo, but for the more realistic feel, there are a few Homestay options and Guest House options available near the Monastery itself. 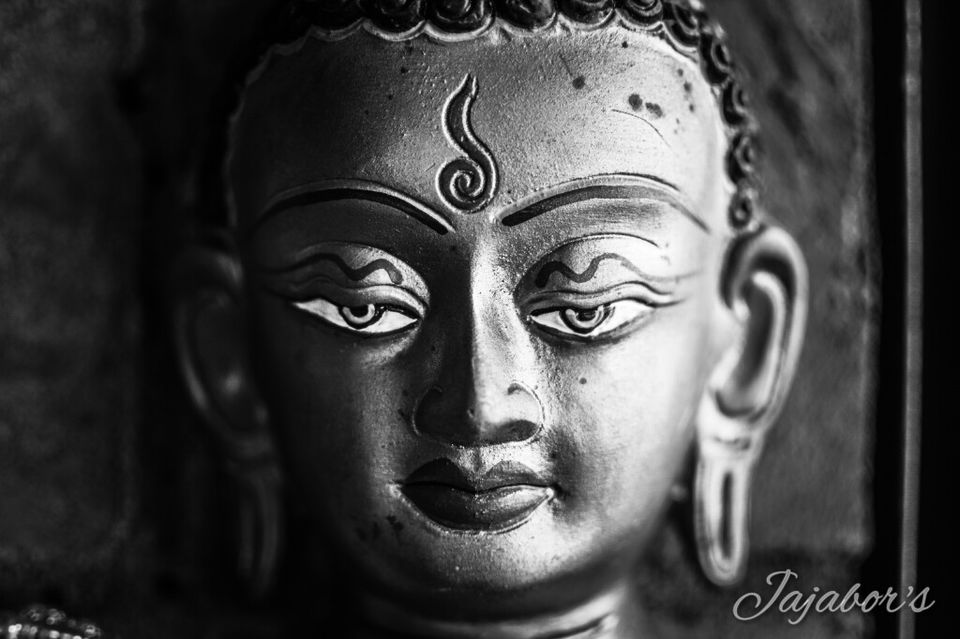 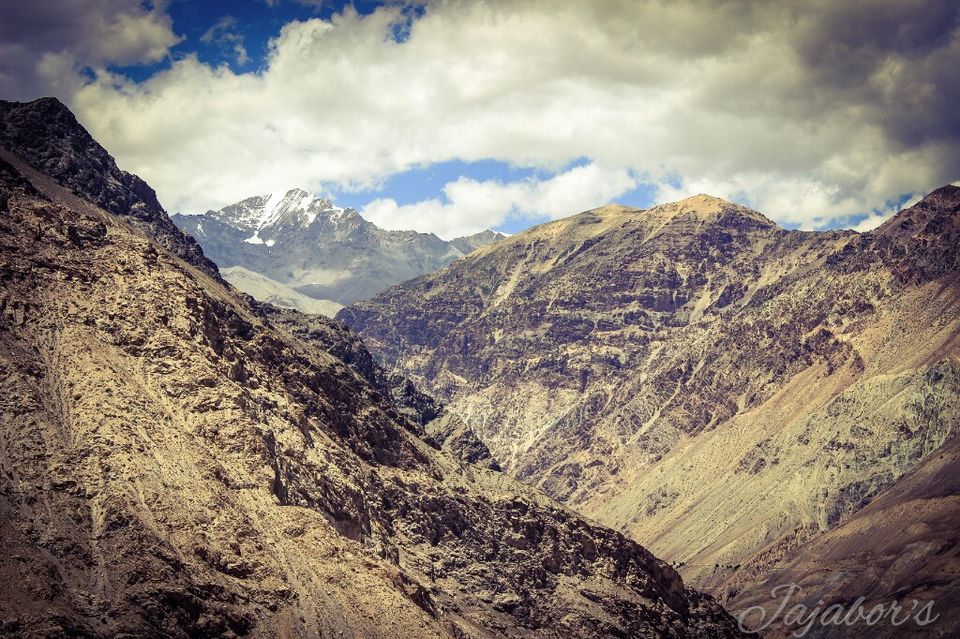 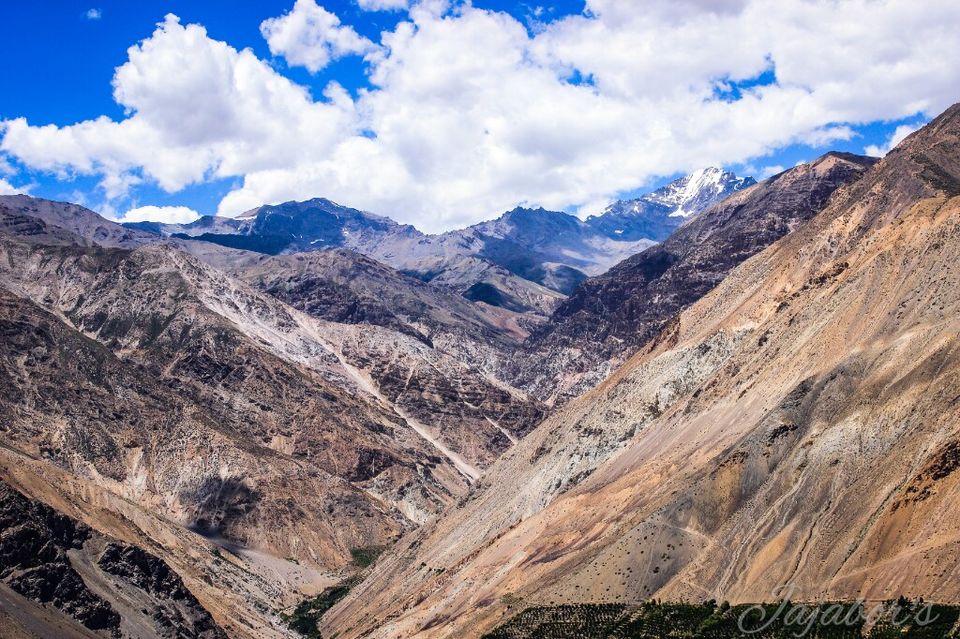 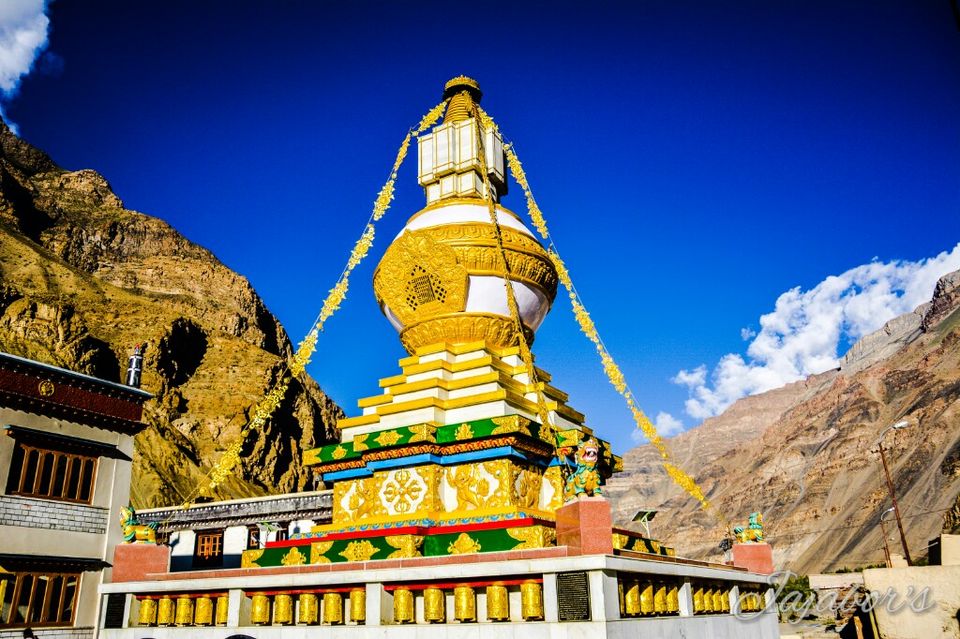 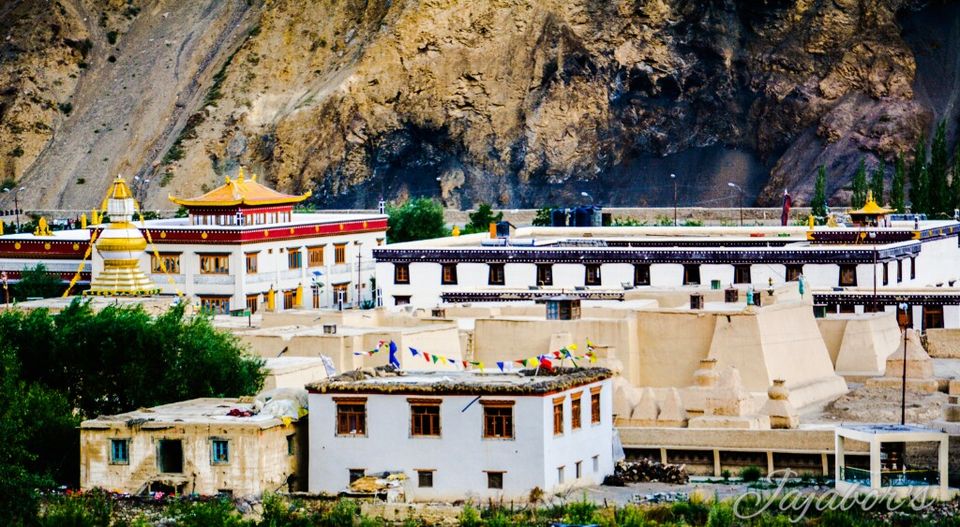 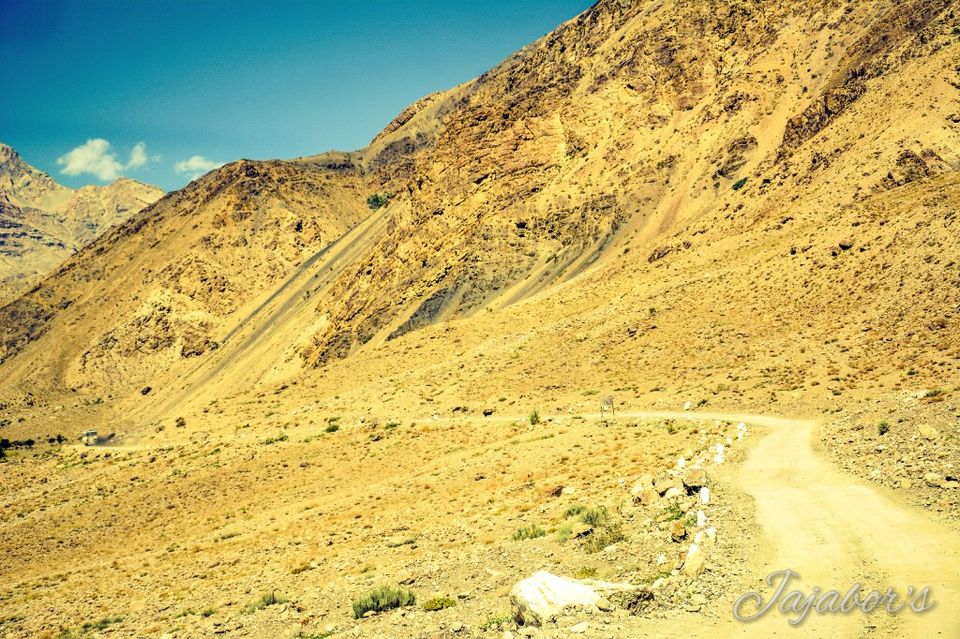 With the local kids 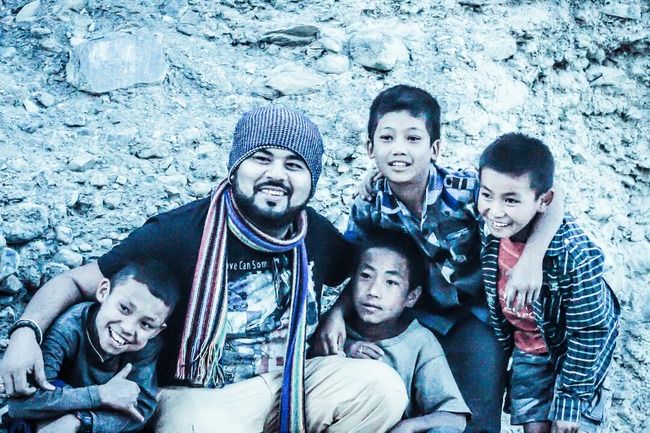