I always had this exquisite feeling about Chamba, glimpses of it always traversed the corners of my mind. Pictures of high grasslands, where Gaddi moved their flocks of sheep; beautiful people living their life in most cultured way; hills echoed in their beautiful mountain music, and much more which I think any Himachali would have experienced. It’s simply because it has always been a symbol of very an ancient Himachali culture, be it’s songs, folklore or beautiful people.

Chamba, one of the twelve districts of Himachal Pradesh located in very north of it, touching Punjab in West, Kashmir in North and Kangra in South east. It is confluence of influences of all these rich cultures, which is very conspicuously reflected in it’s ow n heritage. I have had chance to visit Chamba recently, though it was not an elaborate one, but I do want to share what I felt and observed.

We woke-up in a fresh snowy morning in Chamba, for me it was unique, because I had never experienced this much  snowfall in my life.
I was very much fascinated by the whiteness and I loved this whole white fuzz around. It’s amazing how a thick white layer of glittering crystals takes a place, very close to heaven.
“बर्फ का धरती पर आगमन बहुत खास होता है, बर्फ की एक लंबी सफेद चादर, पत्तों से बर्फ के सिरकने की आवाज़, ताज़ा बरफ़ पर पाँव का धँसना, एक बहुत ही खुशनुमा एहसास की उत्पत्ति करता है!”

It’s so amazing how gently & quietly snow flakes become part of earth after a brief journey from sky.
“बर्फ की सफेद चादर इस धरती के अनगिनत रंगो को और भी अहंकार देती है!”
We reached Dalhousie after walking in fresh snow for about seven kilometers.
This historical sanatorium, which hosted people like Subash Chandra Bose, was lazy enough in fresh snow to welcome us.
Dalhousie alone houses around 500 hotels and accounts to 3% of Himachal state’s GDP.
Dhabas are very popular in Himachal, as it is common place for social chit-chat and community talk.

Dalhousie can give you the view of three rivers flowing in Punjab plains, that is Ravi, Satluj and Beas. Unfortunately, we couldn’t get the view because of bad weather.
Chamba: It’s always amazing to know how places get their names.

Sobha Singh, the painter or the army-man? Who swore for Bhagat Singh’s trial? Is it really so?

So many people have misconceptions about this. Actually, where Sobha Singh(painter) glorified Bhagat Singh’s contributions for country by making his beautiful painting, on the other hand the other Sobha Singh was partially responsible for Bhagat Singh’s execution.

The moment I saw ‘Her Grace the Gaddan’ painting, I was very much captivated by the originality of his work. The Gaddan lady’s face is very much approximation of a common Himachali woman. Every single object in the painting is real. That’s the reason most of the people in this region have this painting in their home.

Chamba is home to two very famous and culturally rich tribes, Gaddis(majorly) and Gujjars. These semi-nomadic people have been living here for centuries. But the Gaddi’s influence is on higher side. History books say Gaddi came here with their cattle before 5th century from plains, accompanying Rajput kings. They say ‘Rathi’ another sheep flocking people are the original inhabitant with few other tribes.

It’s amazing how discreet Gaddis and Gujjars are, not only in culture and faith, but also their facial features.

It feels sad when heritage of the city is being ignored and is crumbling in phases. But we can’t blame people, how can they be untouched by the pace of urban influence, but atleast it can be preserved, so that we can always take inspiration from our glorified past.

This trip was first published on http://spunkeeh.com/.

Her Grace The Gaddan: By Sobha Singh 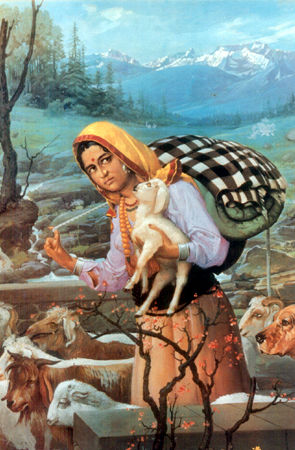 The Many hundreds old 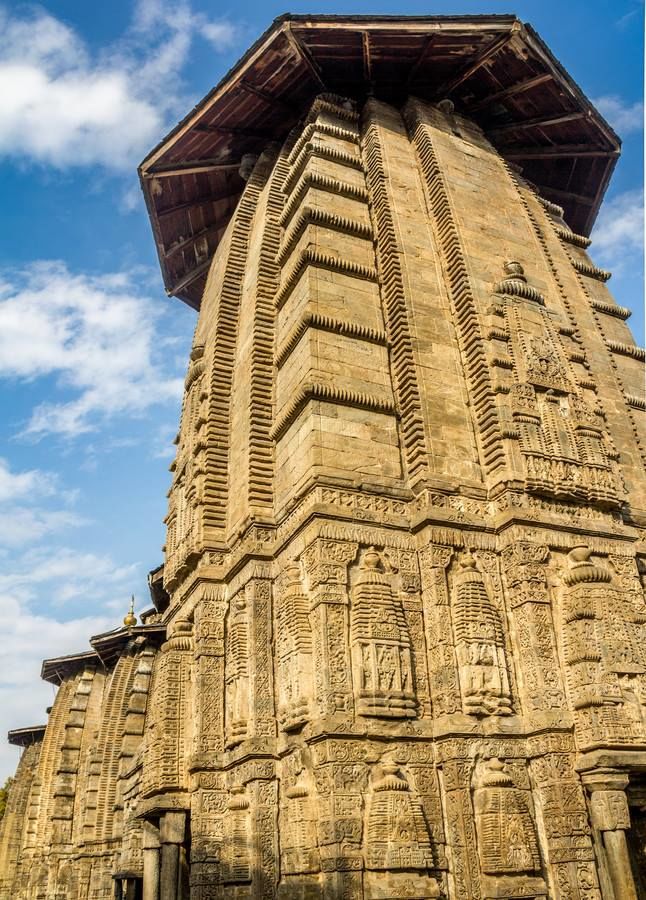