Picture people back in the time, walking through a forest clearing that opens into a river and finding a dead tree stretching from one side of the river to the other. And there comes the first bridge. Ever since this discovery, we’ve pushed the limits of engineering and design and improved on the dead tree to make it possible to put a bridge anywhere - spanning rivers, traversing mountains and connecting countries. Clearly then, we couldn’t have lived without bridges.

Here is a list of some of the most amazing bridges in India.

The most celebrated landmark of the City of Joy, the Rabindra Setu on the Hooghly River is the largest cantilever bridge in India. The bridge, which connects the twin cities of Kolkata and Howrah, is the fourth busiest cantilever bridge across the globe, carrying a daily traffic of approximately 100,000 vehicles. 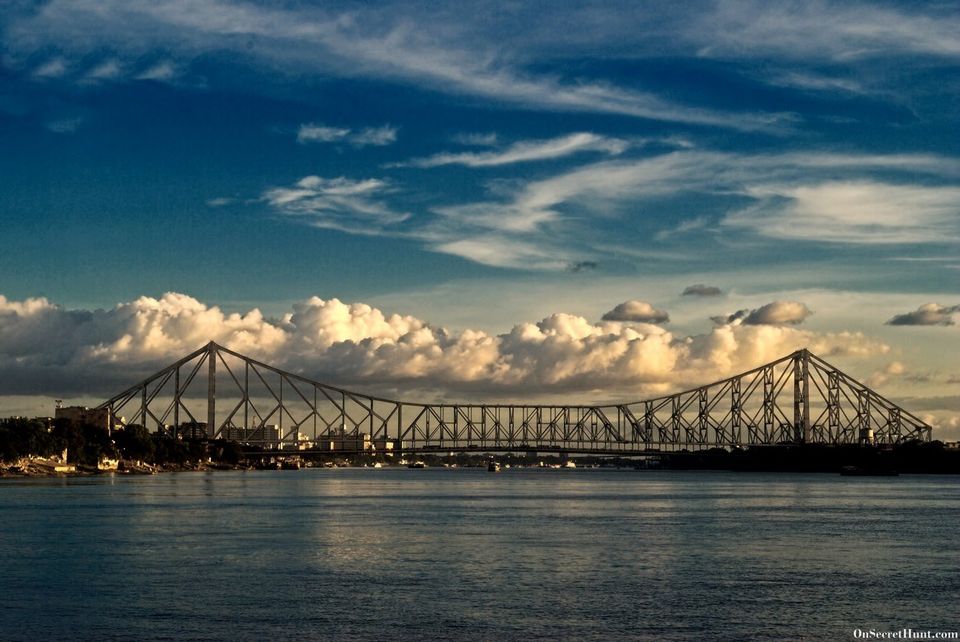 The construction period was fraught with problems. One night, during the construction process, the ground below the foundation structure yielded and the entire mass plunged, creating such an impact that it was registered as an earthquake.
The Rabindra Setu has been a regular feature in movies, particularly while in ferry or motor boats crossing the Hooghly from one corner to the other. Take a boat ride on the Hooghly passing barges, boats and old warehouses towards the magnificent Howrah Bridge and feel the heartbeat of Kolkata. 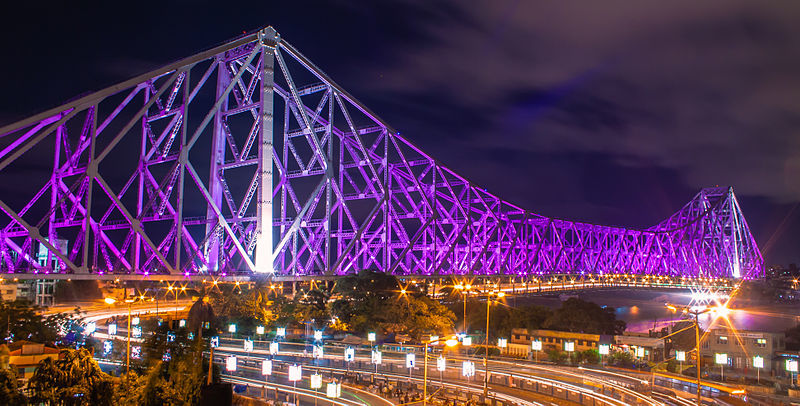 The good stuff: An amazing thing about the bridge is that no bolts and nuts were used in this bridge. The structure was made by riveting the steel.

The plummeting waters of the mighty Brahmaputra River are also home to the 3-km-long Kolia Bhomora Setu near Tezpur in Assam. This bridge is an awesome concrete road-bridge which gives magnificent views of the Brahmaputra and the hills on the shore of the river.
In a country full of bureaucratic hurdles, the completion of this bridge ahead of schedule was a big surprise. Drive over this engineering marvel during evenings or go boating under it, when the sky paints a colourful canvas and the bridge lights up magnificently. 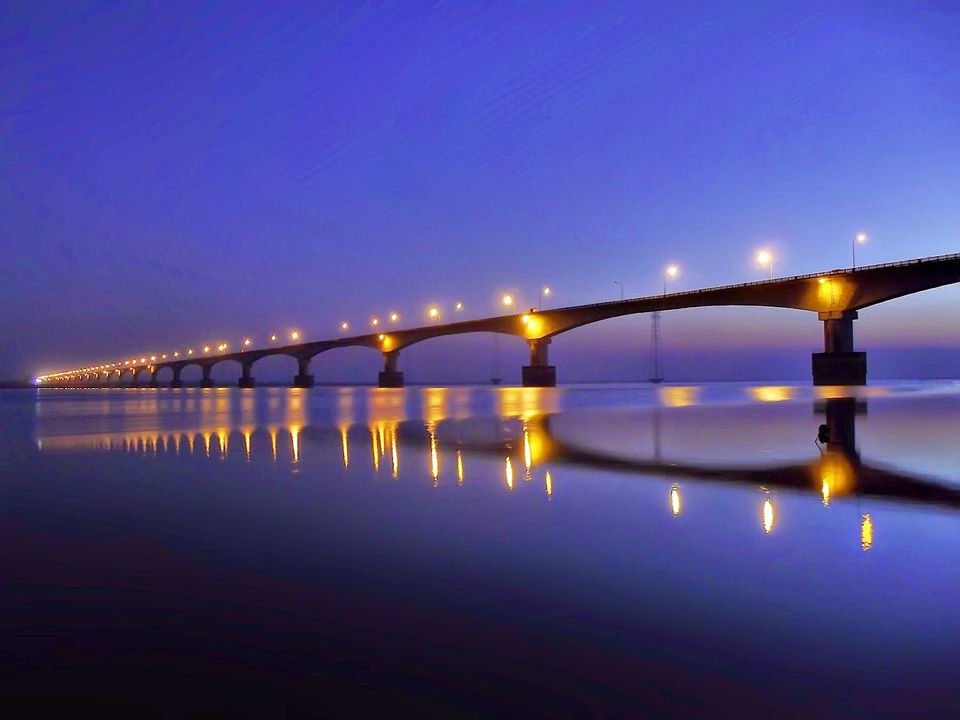 The good stuff: There are 27 foundations of the bridge of which 25 are open wells. The wells were dug as down as 56m to tackle any seismic disturbance.

The Jadukata Bridge in Meghalaya, the longest span cantilever bridge in India, stretches so beautifully from one end to the other that it seems to grow out of the vegetation. This bridge over the Jadukata river is close to the Indo-Bangladesh border and a vital link on an important road in this border state. The beauty of this bridge is beyond words. 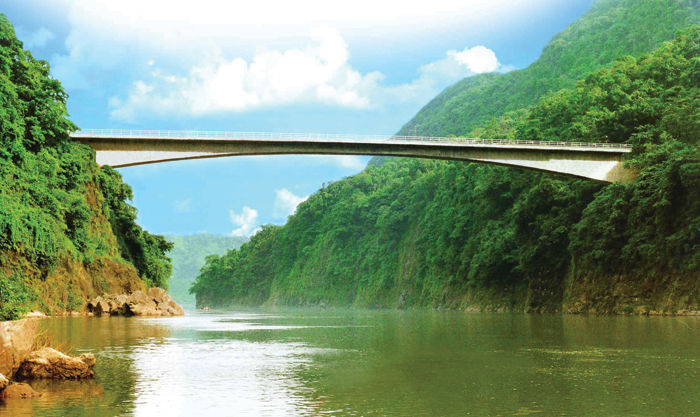 The good stuff: Jadukata Bridge is listed as one of the most beautiful bridges in the world.

Feel the wind in your hair as you drive under the amazing silver cables of the Bandra-Worli Sea Link. This link is a cable-stayed bridge which connects Bandra and the western suburbs of Mumbai with Worli and central Mumbai. 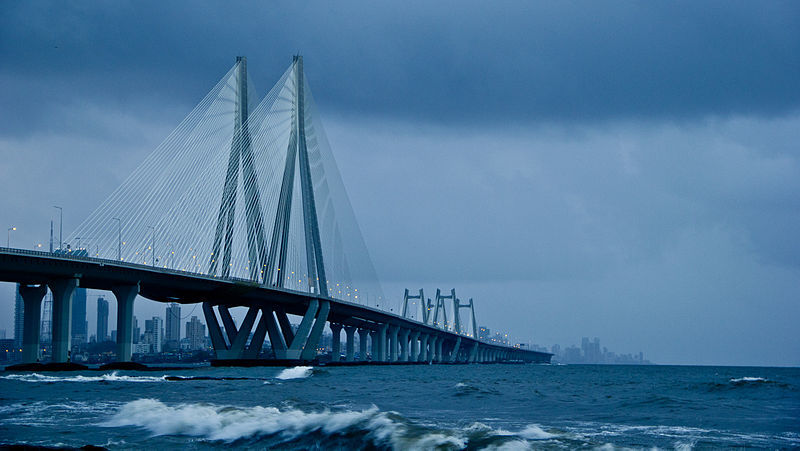 Opened in 2009, the 5.6 km-long bridge is India’s answer to San Francisco’s Golden Gate Bridge and the country’s longest bridge over water. The sea-link reduces travel time between Bandra and Worli during peak hours from 60-90 minutes to 20-30 minutes.
Gaze at the stunning sunsets of the Arabian Sea or witness the beauty of this architectural delight illuminated beautifully at night, making it one of the more enthralling sights in the city. 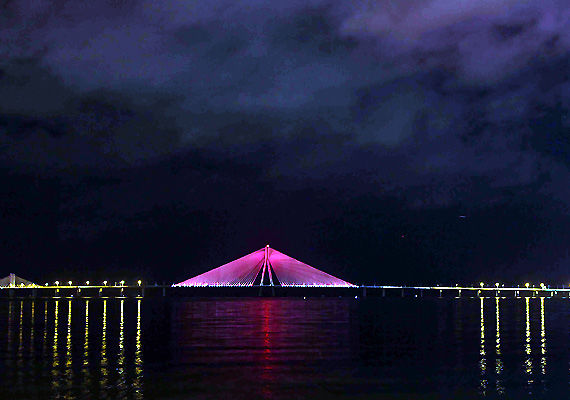 The good stuff: The steel wire used in building this bridge is equivalent to the circumference of the earth.

The longest rail bridge in India, the Vembanad Bridge overlooks Kerala’s pristine backwaters and connects Edappally and Vallarpadam in Kochi district. Spanning over 4.6 km, it is earmarked only for trains carrying freight. 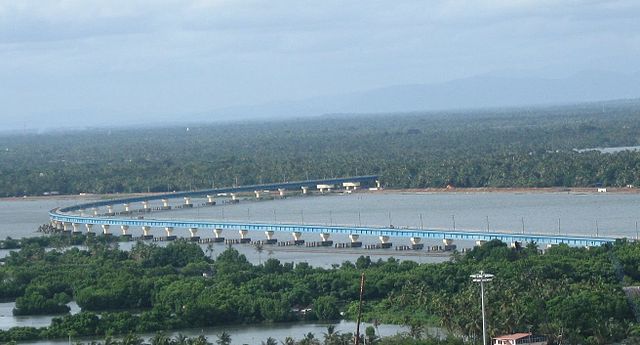 The bridge and the Vembanad backwaters provide the idyllic background to making God's own country a global tourism icon.

The good stuff: About 80% of the bridge is built over the backwaters of Vembanad lake and passes through 3 small islands.