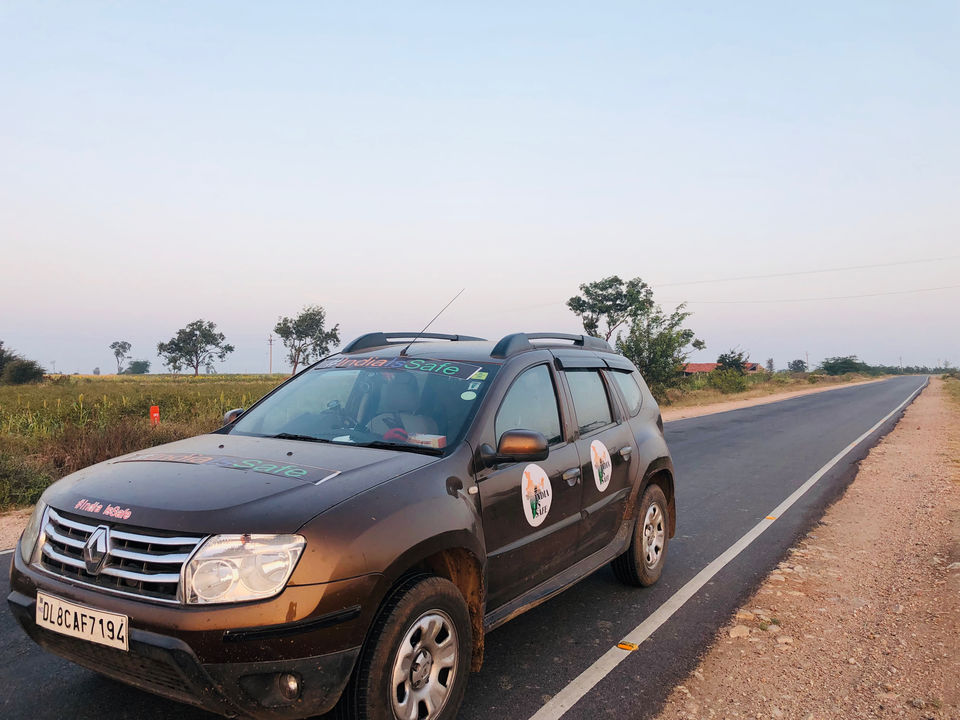 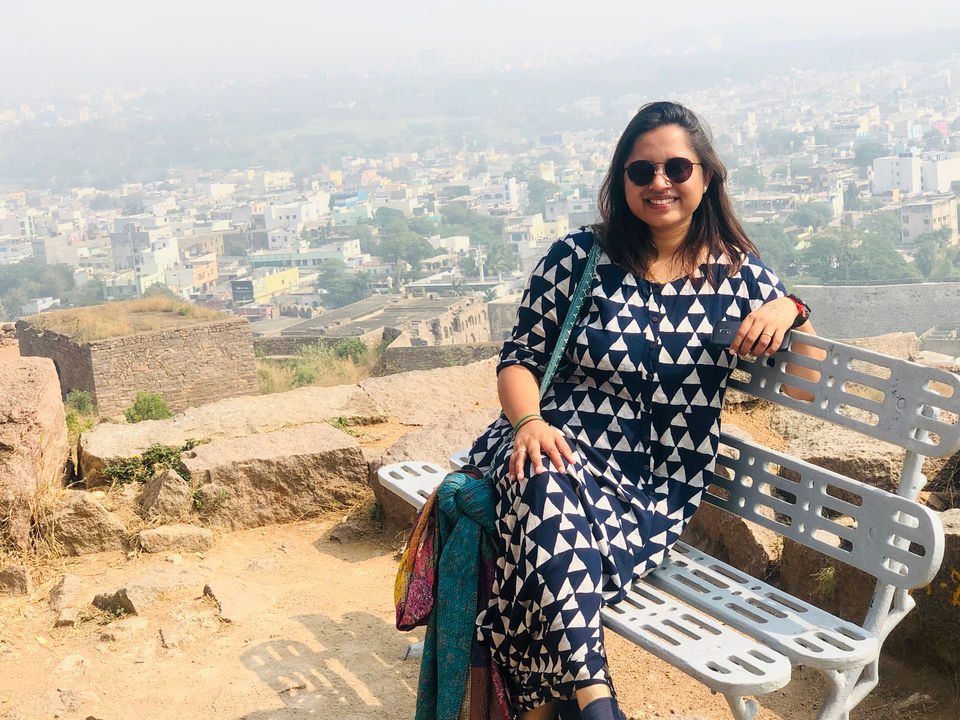 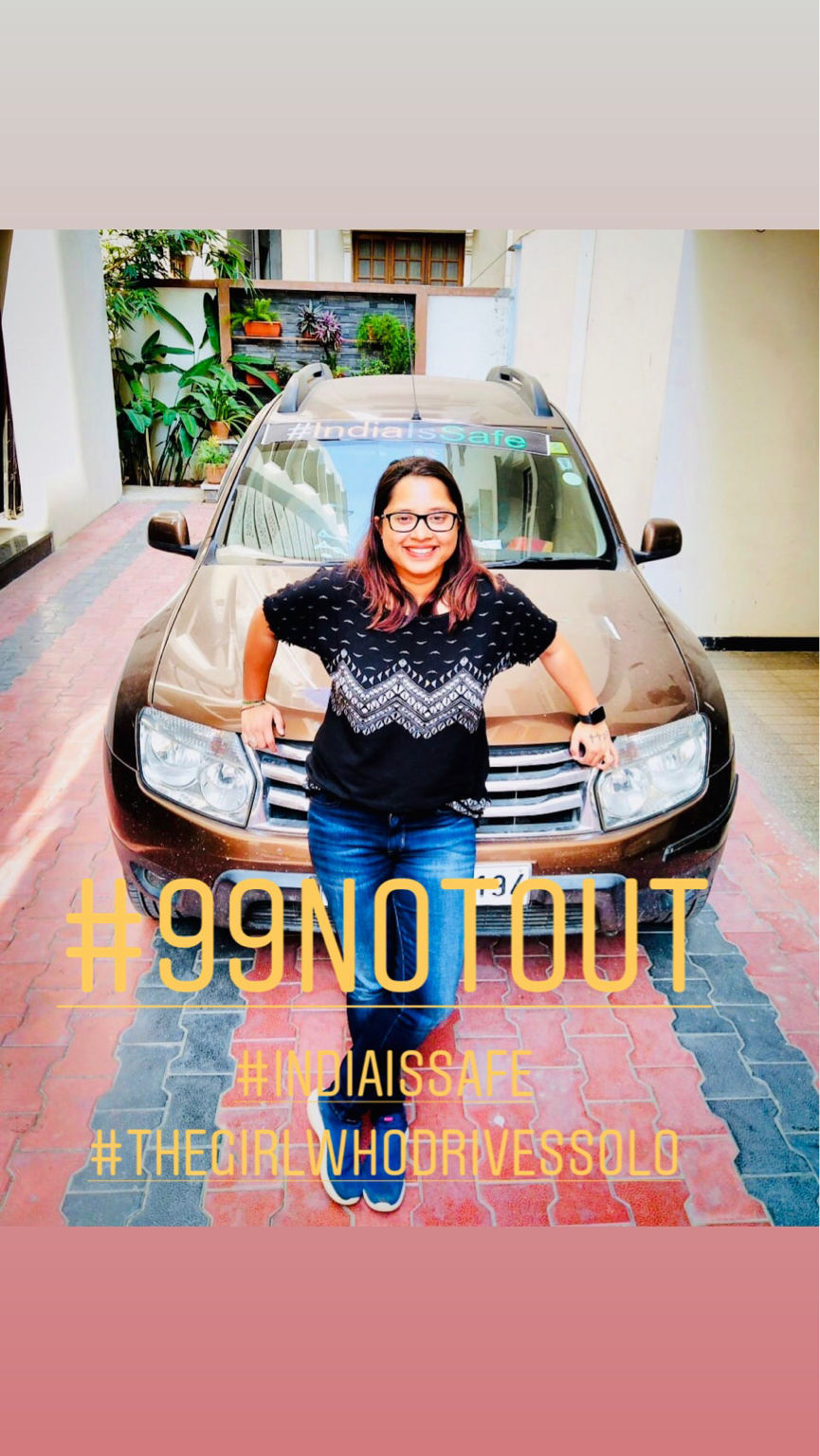 #indiaissafe 2.0 - started on 19th September 2018 and finished on 6th January 2019. I covered kerala, Tamil Nadu, Karnataka, Pondicherry, Andhra Pradesh and Telangana by road and that too solo. My first trip I.e., #indiaissafe 1.0 was the Gujarat and Diu trip. Let me start with a short mention...

The germination of this campaign is based in one small incident - In December 2017, I planned to celebrate new year in Diu and then go ahead to explore Gujarat and Rajasthan (Udaipur). It was a road trip plan with friends. I love Driving, more than anything else. And I had heard about a lot of good road trip stretches too. I wanted to witness the grandeur of Gujarat too. For some reasons, either the friends backed out or they didn’t give confirmation. Maybe few of them were even afraid of going on such long distance with me in the driving seat. I could sense it then that people (be it family or close friends even) usually don’t trust female drivers.

I do not want to give the impression to the world that there is no crime against women in India. NO, that is not true. But the fact that India is not limited by this fact only. India is not as barbaric as being portrayed by the world. I have travelled safely for 108 days, crossing four states, exploring five States and one UT, covering 17000 kms and not even a single untoward incident. I did experience some staring and unwanted attention - but no-one made me feel uncomfortable. It was more out of curiosity, because I was solo driving a car. When people got to know that I am a north Indian and driving all the way from Delhi, then they were in awe. During my on-going campaign, I have felt safe, all thanks to the amazing people in different southern states who had been amiable and helpful. I learn with every passing day & every additional interaction that we Indian are basically very benevolent & friendly, with due exception. And of course the job our security forces including police are commendable: discovered the softer side of our police personnel during this travel.

Primarily the overall picture that has come out in recent times is that India is a horrible place for women. It has hurt me personally. Something inside me has always been telling me that my country couldn’t be this unsafe because I had to travel.

I am born and brought up in delhi and live there too. It is painted as the most horrible and rape capital of the country. But I have travelled alone and worked in different parts of delhi too - both day and night. I also used to go out of city during weekends and people generally had been helpful and cooperative. Just a few incidents doesn’t make the entire country unsafe. This initiative is about telling my story, and listen and tell story of many other fellow travellers - who had felt safe while travelling in India.

At the same time, I am cautious, use common sense and take preventive measures to avoid any untoward situation. My point is that India is not any different from any other country. Also the various states within India - though being different, shouldn’t be the only reason to stop us from travelling. The truth is that the world in entirety is not a safe place for women anywhere. And in some situations, it is equally unsafe at home also. A huge proportion of abuse/violence is domestic. I am not saying that anyone is wrong in feeling uncomfortable. But I just want to take an attempt to tell my story, and story of many others through my platform #indiaissafe - so that we have enough sample data to come to a conclusion.

In the end, it is all about practising safe travel. My advise is always to have knowledge about the place you are visiting. While visiting in india, one needs a lot of learning as it is a land with diversities. Eventually, it is the level of confidence and attitude that plays a pivotal role in our experience of travelling.