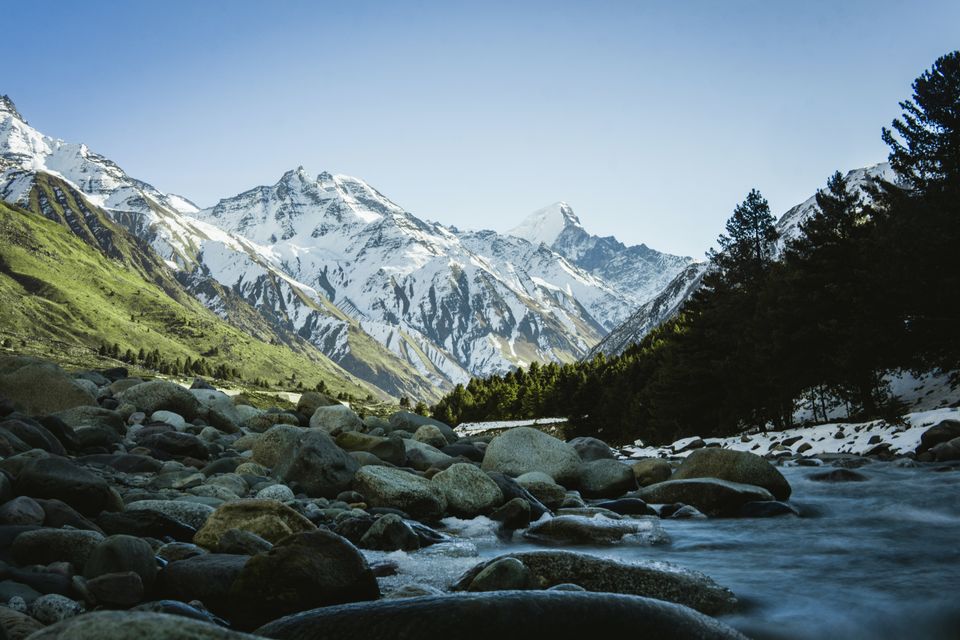 With emerald carpets, green tea plantations glittering in the sun, and spectacular views from lofty mountain ranges, the Indian Himalayas is one of the most beautiful destinations in India. It has everything one needs- greenery, snow, tranquility, love, challenges, and life! For millennia, it has piqued the interest of people all around the world.

The huge old natural beauty of India only adds to the mystery of the land. This article will provide you with the names of five UNESCO World Heritage Sites in the Himalayas. Incredible India is ranked 6th among the top 20 countries with the most UNESCO world historic sites, making for an unforgettable travel experience!

Let's have a look at which five they are. 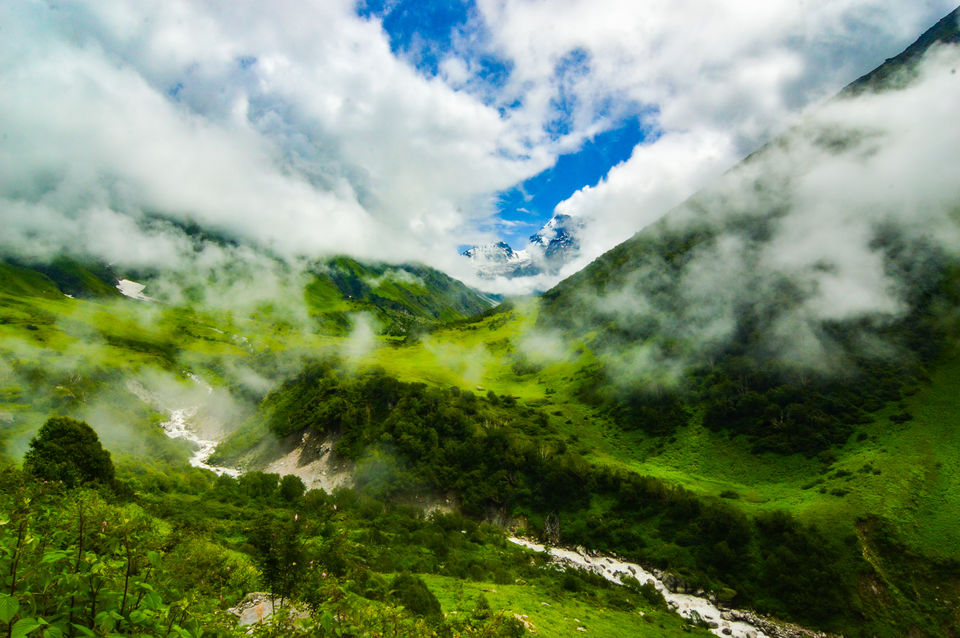 Nestled high in West Himalaya, Nanda Devi Biosphere and India’s Valley of Flowers National Park are renowned for their meadows of endemic alpine flowers and outstanding natural beauty. The rugged and scenic reserve is located across three districts of Uttarakhand, namely Chamoli, Pithoragarh, and Bageshwar, and is guarded by the Nanda Devi peak. Rare and endangered creatures such as the Asiatic black bear, snow leopard, brown bear, and blue sheep can be found in this diversified environment. The Alaknanda River and its tributaries, such as the Rishi Ganga, Dhauli Ganga, and Pushpawati, crisscross the area, adding to the beauty of the parks and making it one of the top places to visit in Uttarakhand.

Due to their remoteness and limited access, the Nanda Devi and Valley of Flowers National Parks are naturally well protected. Except for some well-regulated community-based ecotourism in small portions of the parks, the parks remained unexplored until the 1930s and have not been subjected to anthropogenic pressures since 1983. As a result, both parks contain relatively undisturbed natural ecosystems that now act as control sites for natural processes to continue. These parks were included in India's list of World Heritage Sites in 1988. 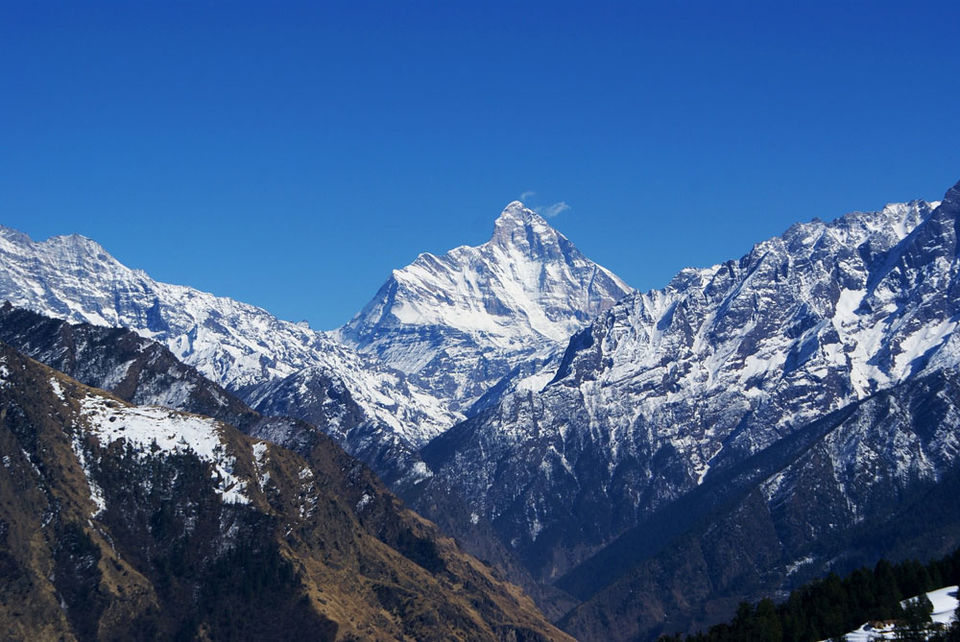 Nanda Devi and Valley of Flowers National Parks remain open to the public for 6 months a year i.e. from May to October. To experience the best climate and the stunning beauty of flora and fauna, mid-June to mid-September is the best time to visit this area. Due to the very low temperatures and snowfall, the park is closed from November to April.

If you want to know everything about the Valley of Flowers, here it is. 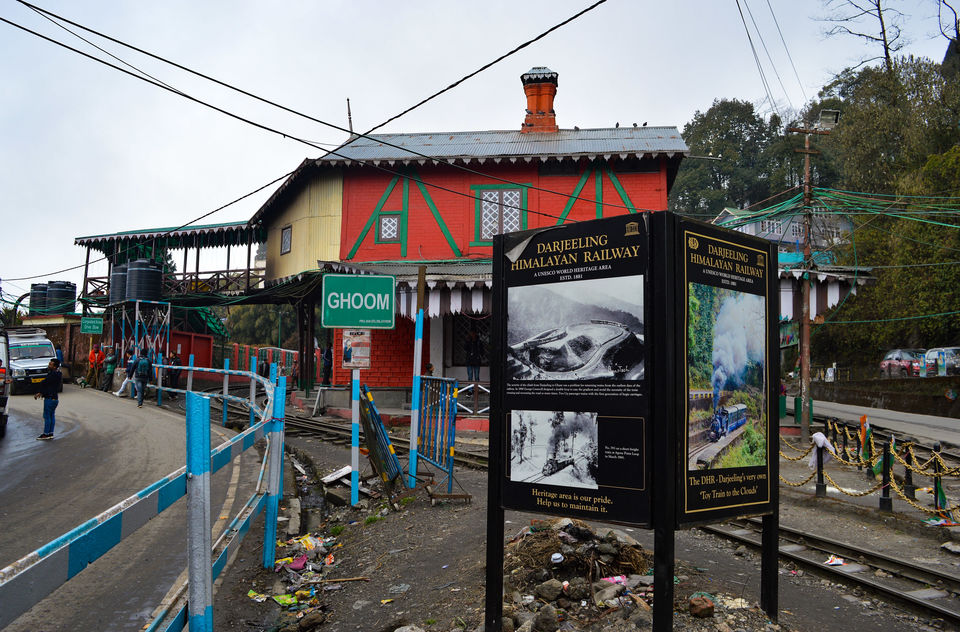 As per the UNESCO World Heritage Convention, “The Darjeeling Himalayan Railway was the first, and is still the most outstanding, an example of a hill passenger railway.” In 1999, it was designated as a UNESCO World Heritage Site. The Darjeeling Himalayan Railway (DHR) started operation in 1881 intending to make rice and other commodities transportation easier and more cost-effective. It is now a major tourist attraction in Darjeeling and remains one of the most impressive examples of engineering in difficult terrain.

The 87 km DHR railway lines, which operate at a tiny gauge of 2 ft and stretched like ribbons across the high hills, provide travellers with breathtaking views of the mountains and dense forests. The train chugging up to the small hamlet of Ghum covers a great distance at a leisurely speed, allowing you to truly appreciate the state's splendour. Lean out the window and bask in the breathtaking view of colourful valleys with steep mountains rising dramatically behind them, letting the pure mountain air wash away your fatigue. 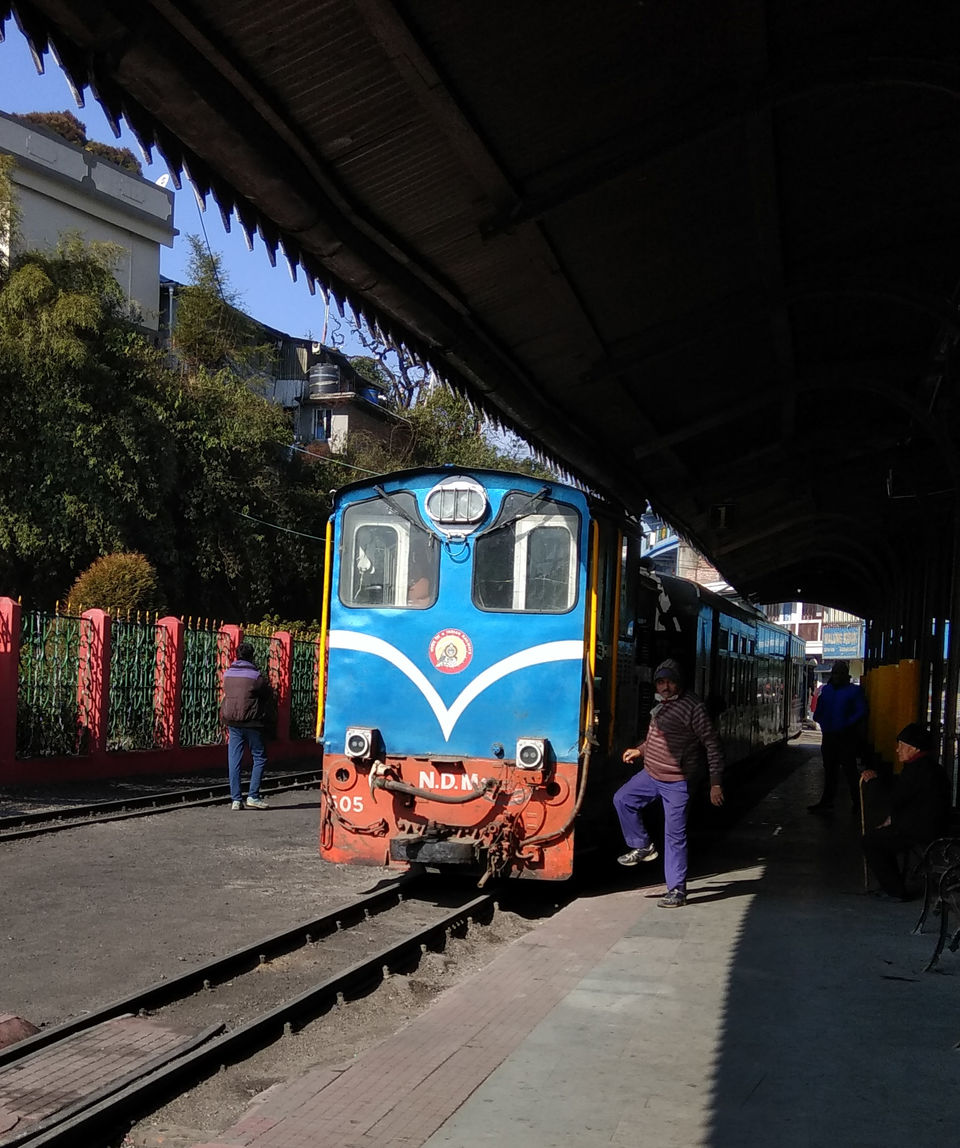 October to March is the best time to experience Darjeeling's toy train services. The mist begins to disperse at that time, allowing for a better sight while riding the toy train. 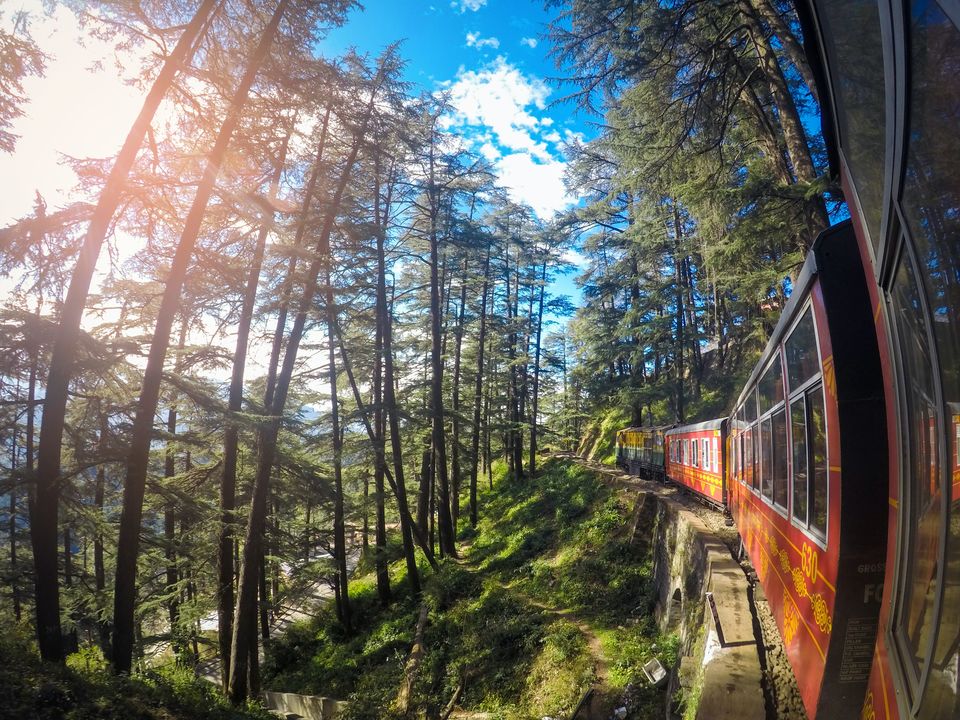 The Kalka–Shimla Railway is a 762 mm narrow-gauge railway in North India that traverses a mostly-mountainous route from Kalka to Shimla. It is known for dramatic views of the hills and surrounding villages. This 96-km long, single-track working rail link was built in the mid-19th century to provide a service to the highland town of Shimla. During its construction in 1898, 107 tunnels and 864 bridges were built along the route. It was considered the “crown jewel” of the Indian National Railways during British times.

The main train services available on this route are the Shivalik Deluxe Express, Himalayan Queen, and Rail Motor Car. Each train has its own charm. The experience of sitting by the window of the train, breathing in the cold breeze, and soaking in the greenery, the scent of fresh dew on the plants, the chirping of birds, and the sight of cattle grazing around the track, are the most refreshing part of the journey through this rail track. The scenery you'll view along the way is just breathtaking. 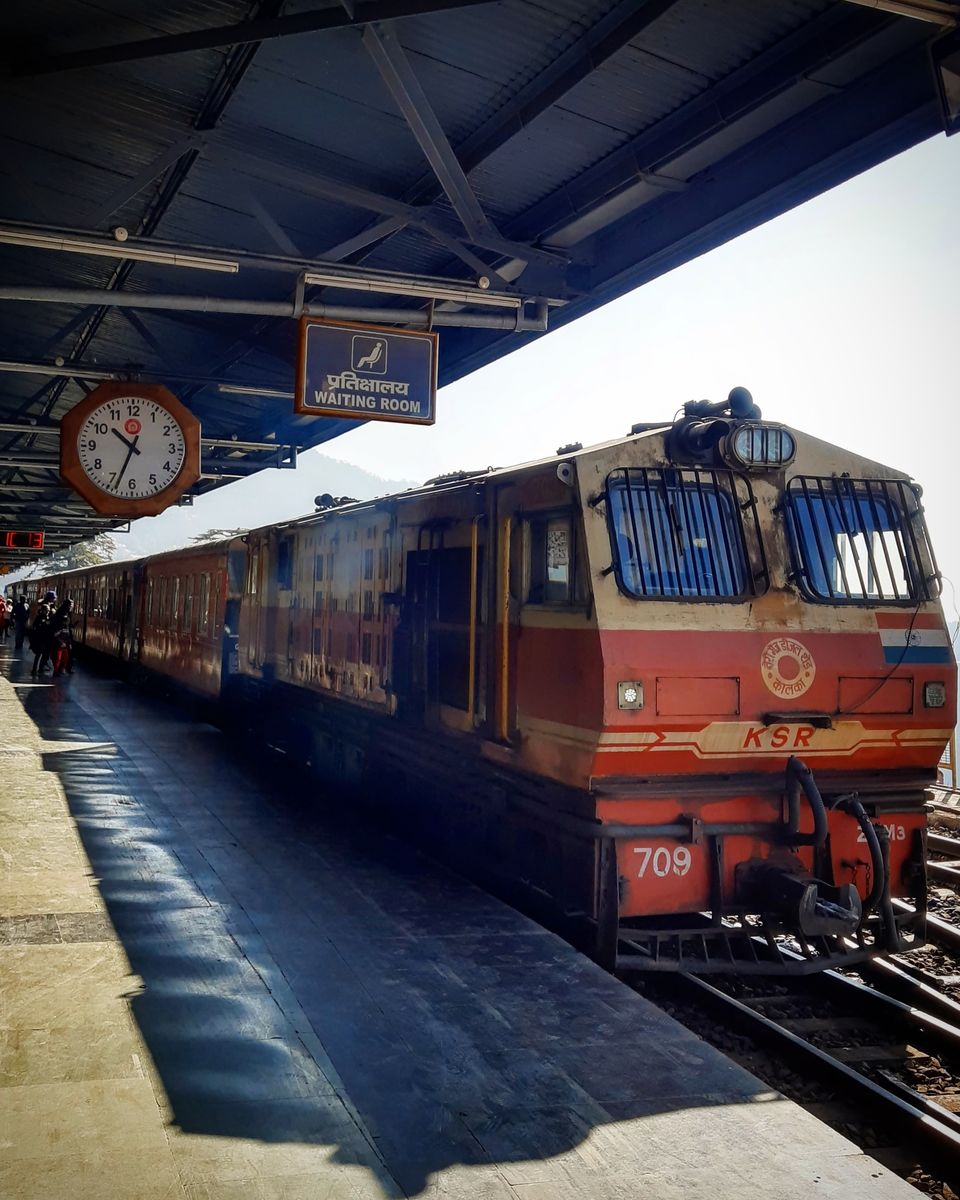 The best time to visit Shimla is between March to June when the weather remains pleasant and the temperature ranges from 15°C to 30°C. November to February is ideal for snow activities like skiing and exploring the snow-covered surroundings in Shimla. 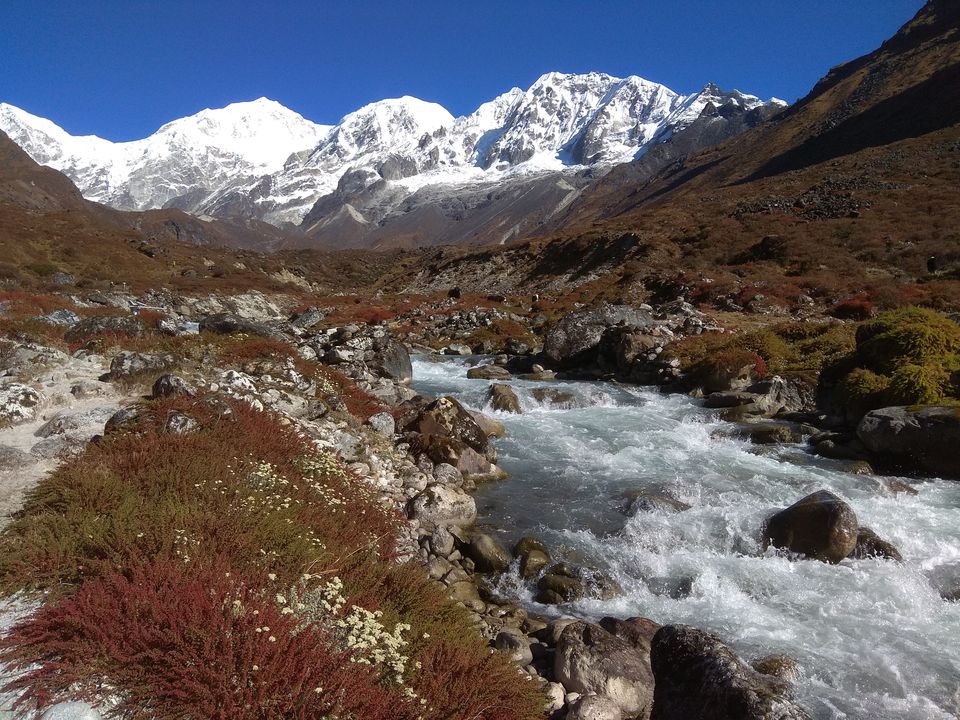 Situated in the northern Indian state of Sikkim, Khangchendzonga National Park (KNP) exhibits one of the widest altitudinal ranges of any protected area worldwide. It stretches about 7 kilometers in length, from subtropical jungles to the snow-capped peaks of Mt. Khangchendzonga, the world's third-highest mountain. This national park is home to a significant number of endemic, rare, and threatened plant and animal species. It also has one of the highest numbers of plant and mammal species recorded in the Central/High Asian Mountains.

Khangchendzonga National Park was included in the list of World Heritage Sites in 2016. The Khangchendzonga Peak and the several other peaks within the National Park are magnificent, contributing to a landscape that is revered by people of all nations and beliefs. These peaks have attracted people from all over the world, mountaineers, photographers, and those seeking spiritual fulfilment. Also, it boasts eighteen glaciers including Zemu Glacier, one of the largest in Asia, occupying an area of around 10,700 ha. Visiting this national park will undoubtedly be a once-in-a-lifetime opportunity for you. 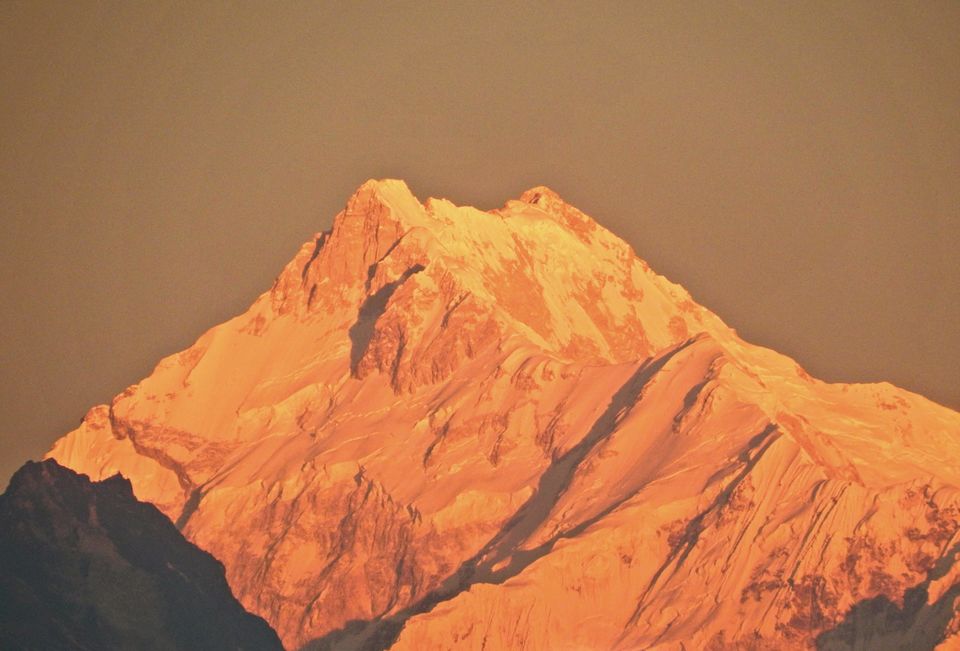 The best time to visit the Kanchenjunga National Park is between April and May. 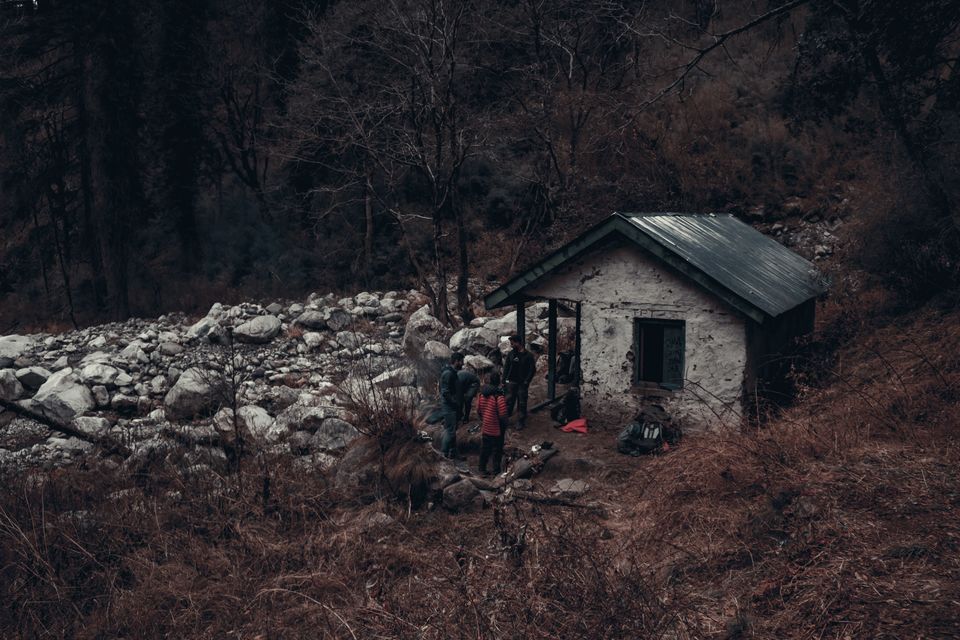 The Great Himalayan National Park is a beautiful habitat of alpine flora and fauna nestled within the snow-capped Himalayas. Located in the Kullu region, it was built in 1984 and declared a National Park in 1999. In 2014, it was designated as a UNESCO World Heritage Site for its remarkable contribution to biodiversity conservation. Over 1,000 plant species, including many medicinal herbs, 31 animal species, 209 bird species, as well as amphibians, reptiles, and insects, are all conserved in the park. Four of GHNP’s mammal species and three of its bird species are globally threatened, including the musk deer and the western horned tragopan.

GHNP is also a popular destination for adventurers since it provides the possibility to plan a variety of treks ranging from easy to difficult in the park's numerous sub-regions. Since 2004, several communities have been incorporated into its expansion, and tourists have had the chance to experience the people's symbiotic interaction with their environment. 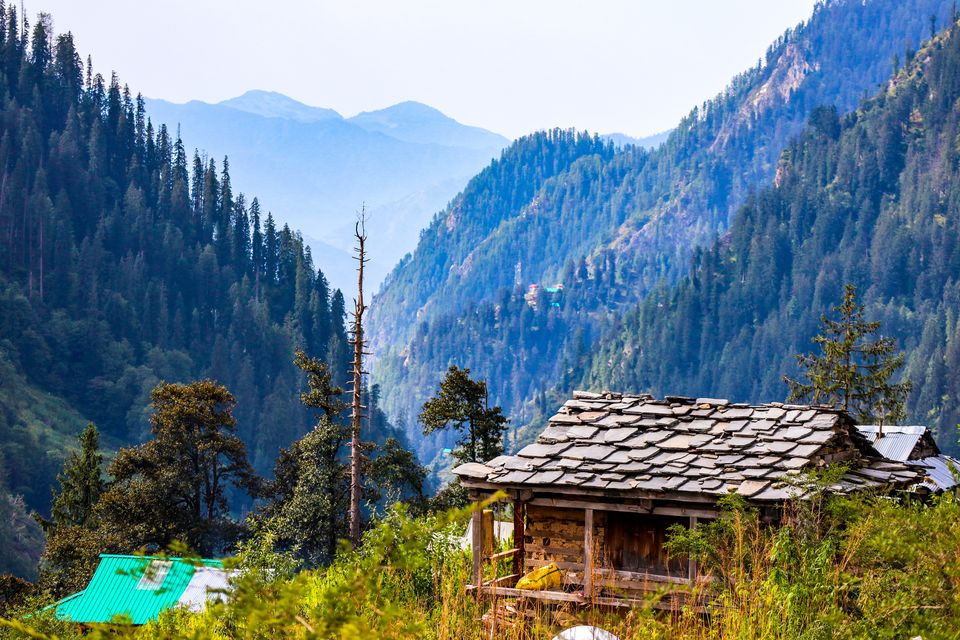 To behold the best climate and beautiful flora and fauna, March, April, May, June, and Mid-September, October, and November are the best time to visit the Great Himalayan National Park.

Are you ready to visit these Himalayan World Heritage Sites? Let us know in the comments section which sites you're intending to visit next.