India Travel GuideIndia TripsCan We, As A Well-Intentioned Traveler Experience A Tribal Culture Without Cheapening It?

Can We, As A Well-Intentioned Traveler Experience A Tribal Culture Without Cheapening It? 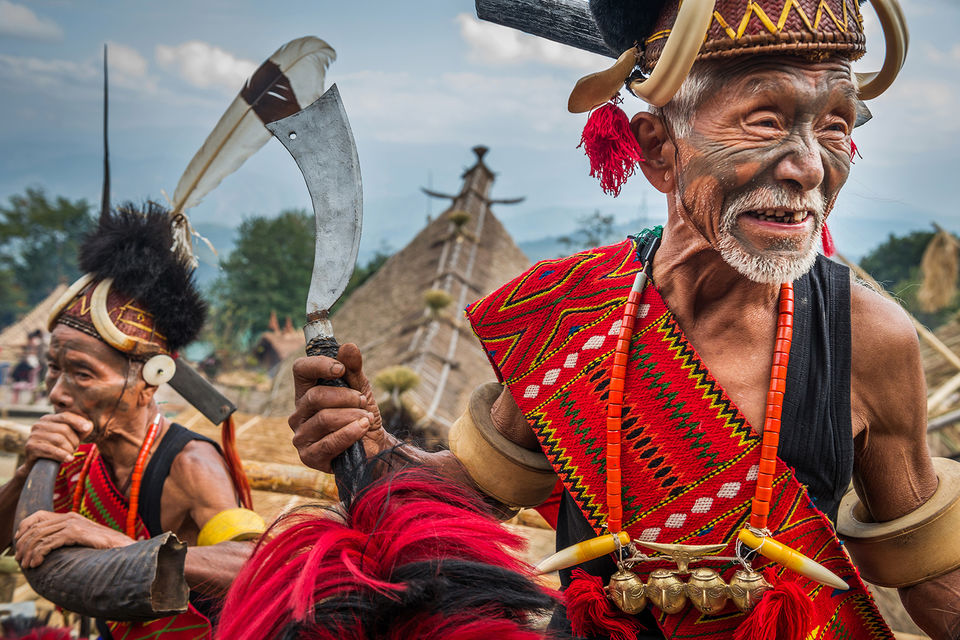 My upcoming Andaman trip made me read a lot about the aborigines of the Indian Island which is more famous as an exotic beach destination rather than being termed as the Jarawa Land.

However, the Andaman and Nicobar island is the home to a handful of tribes who are believed to be residing from the ancient stone age.

Though the Jarawa got popular due to the construction of the infamous Andaman Trunk Road which led to their exploitation, the original residents also includes The Great Andamanese, Onge, Sentinelese and Shompen. Each one of them represents different culture and speaks different languages but one thing is common among all of them - that is their tragic story of exploitation and extinction.

The Great Andamanese(collective term used for 10 different tribes) of the Strait Island lost majority of their population back in the British Era while resisting the colonial power to enter into their land. Today most of them are very near to extinction due to colonialism coupled by diseases and natural calamities. Few years ago a news came out regarding the oldest woman of the Bo tribe who is the only one surviving but unfortunately we have lost her as well resulting in the extinction of a tribe along with a language.

The Onge of the Little Andaman is somewhat successful in protecting them from the so called civilized-animals though they are not spared fully from the impact of the outsiders. In the name of sympathy, they are been provided with food and clothes by the administration making them lazier and loosing their parental skills of hunting and house building on their own.

The Jarawas among all got the most limelight during the construction of the Andaman Trunk Road which connects South Andaman with Diglipur in the North. Though the road has made the lives of the town people much easier but the Jarawa forest was compromised for this. The road passing through the reserve has led the Jarawas more vulnerable to tourists and people passing through the reserves. Though government has strictly restricted any kind of interaction or photography in that area, but some true nomads never sit back. The Jarawa kids are becoming sick by eating the foods given by tourists and also we are infesting them with diseases that they are not immuned to. Above that some people even laugh at them and mock them breaking their moral and sentimental values.

The same happened to the Shompens of the Nicobar Islands as well! A road passing through their habitat made them open to exploitation.

And not only these tribes, if you see the Hornbill festival of Nagaland, it has become a common place for the foreign tourists. State Governments and some tourist organizations are encouraging tourism to improve their economy but at the same time they are alluring tourists by cheap ways like making some tribal dance just to showcase the tourists that too in exchange of a very little money. And these poor neglected tribes are made to do all sorts of activities in the name of culture and tourism.

Speaking about countries with rich tribal population outside India, the condition is all the same. The Bushmen are prohibited from hunting in the Botswana Reserve but Trophy Hunting for wealthy tourists are allowed.These Bushmen who hunts for feeding their families are either dying out of hunger or getting shot by police helicopters. The government on the other hand has no funds to offers these ancient tribes for their survival. Sarcastically, the tourism is still being advertised by the pictures of these Bushmen in hunting postures worldwide(See the picture below).

Also, now some are showcased in front of the tourists fakingly displaying their hunting skills!

What we are forgetting is that they are also a part of the conservation-And yes they have contributed to it. Shooting these bushmen at sight is very much similar to shooting a leopard who is chasing an antelope who his food!

Papua New Guinea, the Holy Grail of Tribal Tourism has now many rustic yet luxury tribal hut styled guest houses and hotels to offer to those who wants to taste the essence of the tribal culture sin the daily inconveniences of the rustic life.

History has seen many brutal genocides in the name of development and urbanization. The Survival Of The Fittest Theory may be a good argument against this, but considering the importance of the word 'Humanity' in our modern civilization, cant we spare these people and let them live in peace and isolation without disturbing them just for our selfish benefits or sometimes luxury!

Tourism is important but if any tribe wants absolute isolation, the community has the full right to practice their own way of living!