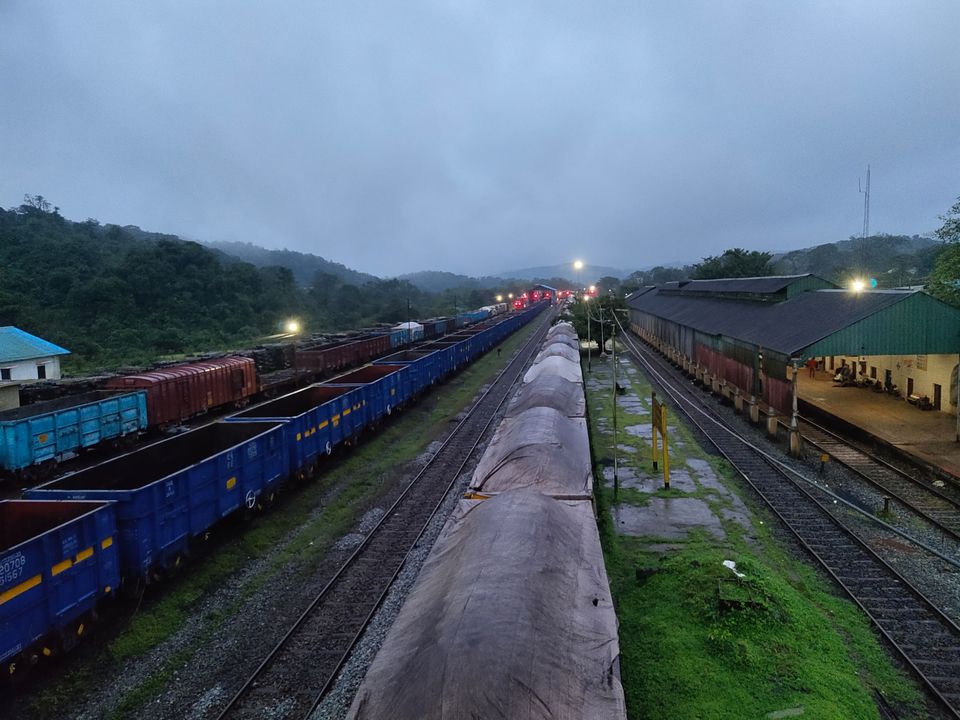 We were 10 people travelling to Dudhsagar. We boarded on the train to castle-rock scheduled at 17 o'clock. Then the train started & by the time went buildings,people, cities, were diminishing; and green lush were increasing. The train was taking snaky turns which were amazing to see. We were enjoying trip very well. Weather was so cherish that it was raining casually. At 2 o'clock(15th sep) we reached at castle- rock railway station. The train was about to leave castle-rock station at 5 o'clock (15th sep) in the dawn. We got some sleep in that steady train. Then went in castle-rock village around 6 o'clock to visit. There were some hotels which was yet to open then. We called some bakery owners and requested to open them because we weren't carrying food. Bought some snack and a local hand-made raincoat . Again arrived at castle-rock station & had breakfast ( utappa- rs 30). Then started walk towards dudhsagar waterfall. We had to walk around 18 kms. Between the railway tracks. There is no special road which leads to waterfall. We have foot down on railway track. From castle-rock village to the waterfall road everything is surrounded by flaura and fauna. It's situatrd in Bhagwan Mahaveer wildlife Sanctuary. (Railway ticket- rs 60)

Castle-rock station view(1) when we were entering in village. 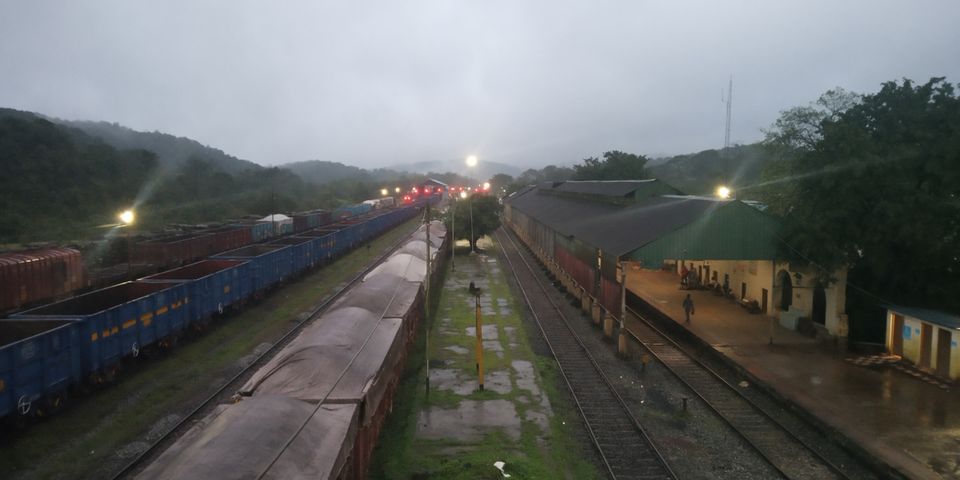 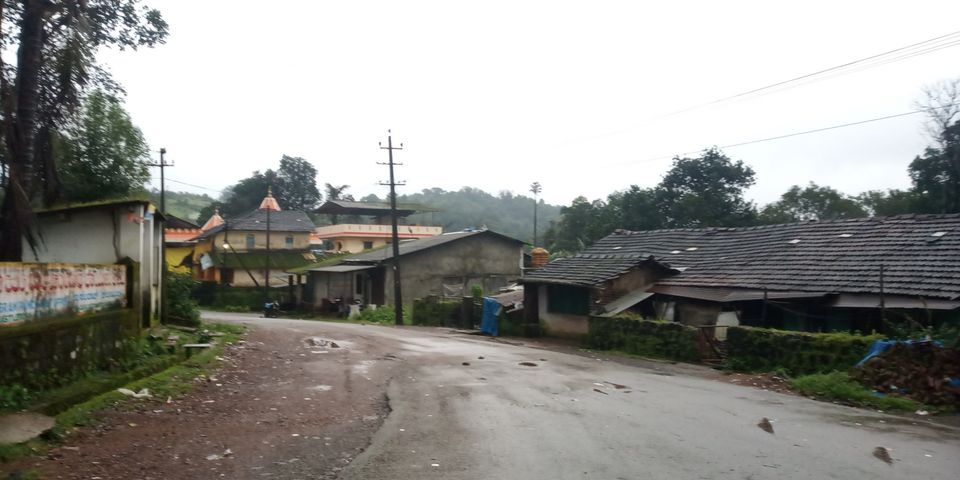 Village has statue of Chatrapati Shivaji. 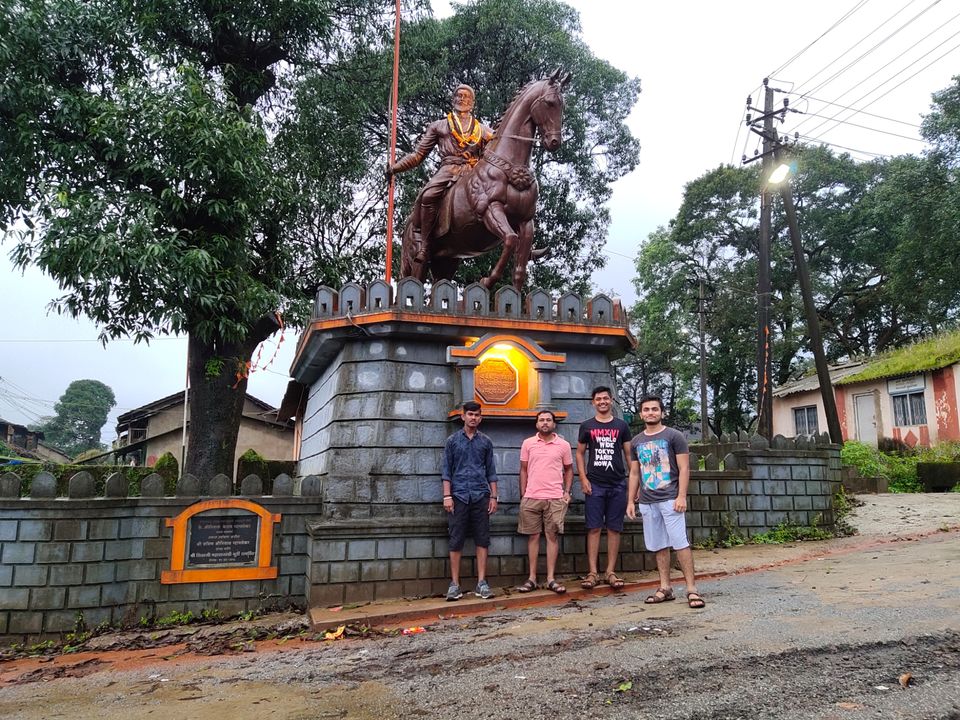