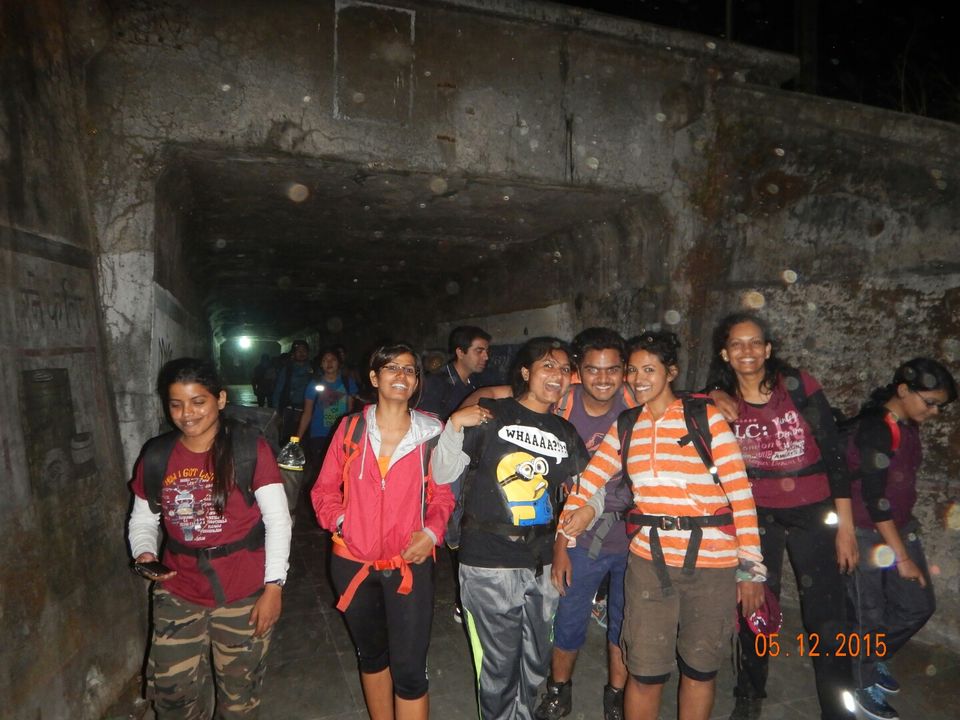 Enroute Samrad- The Base Village 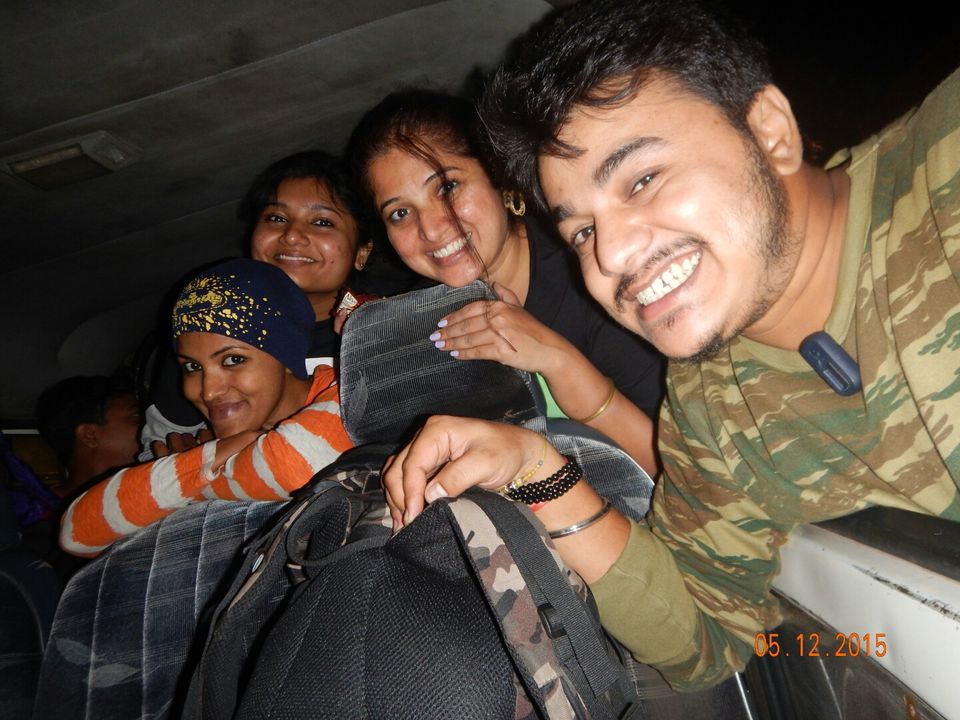 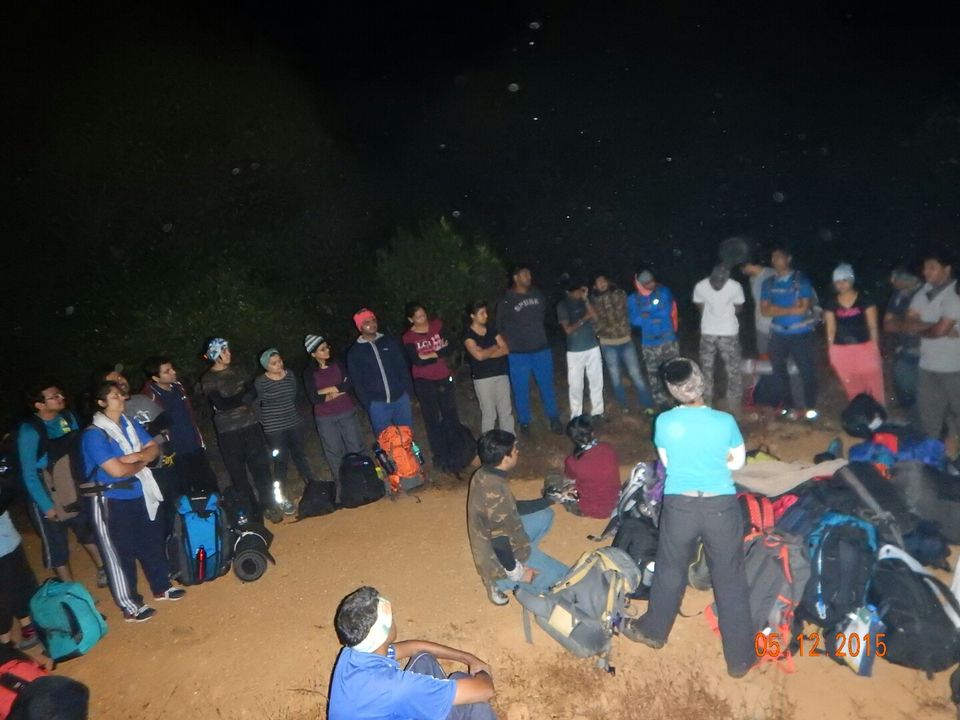 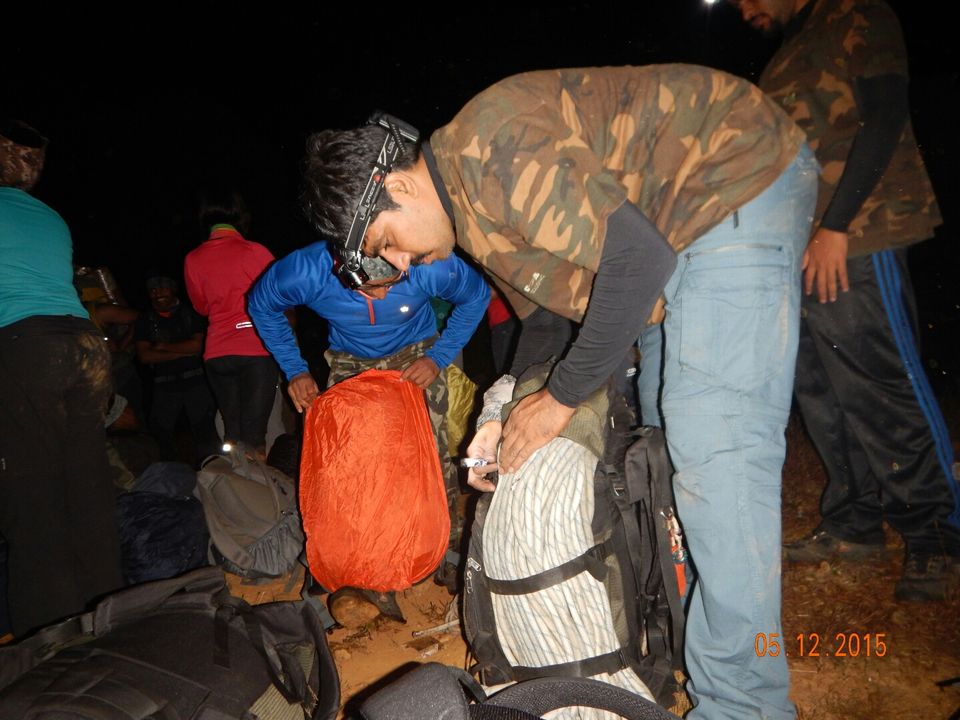 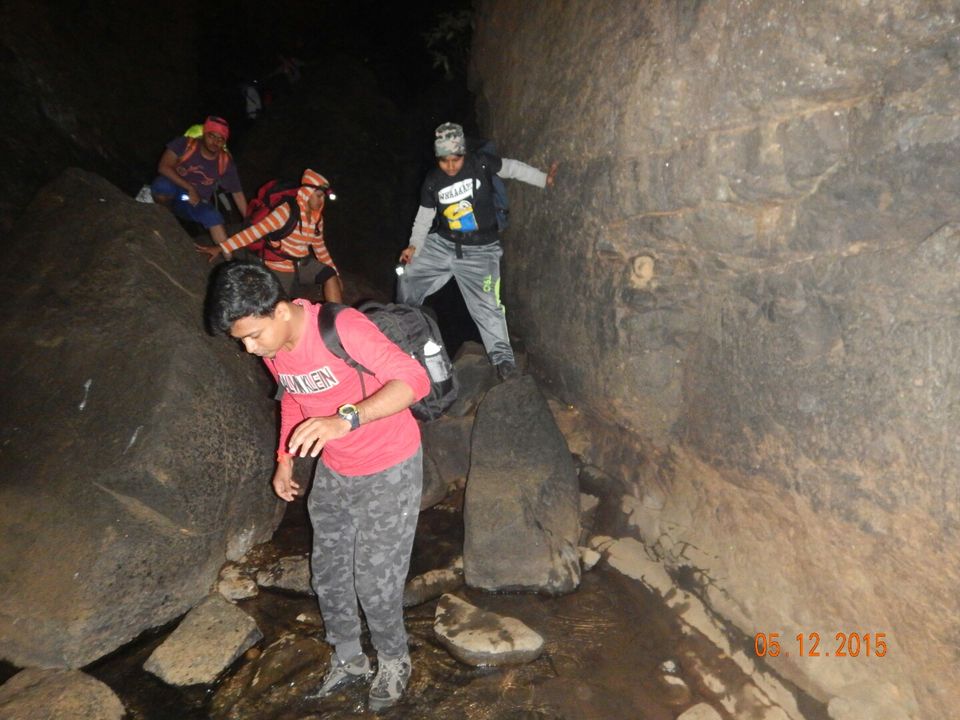 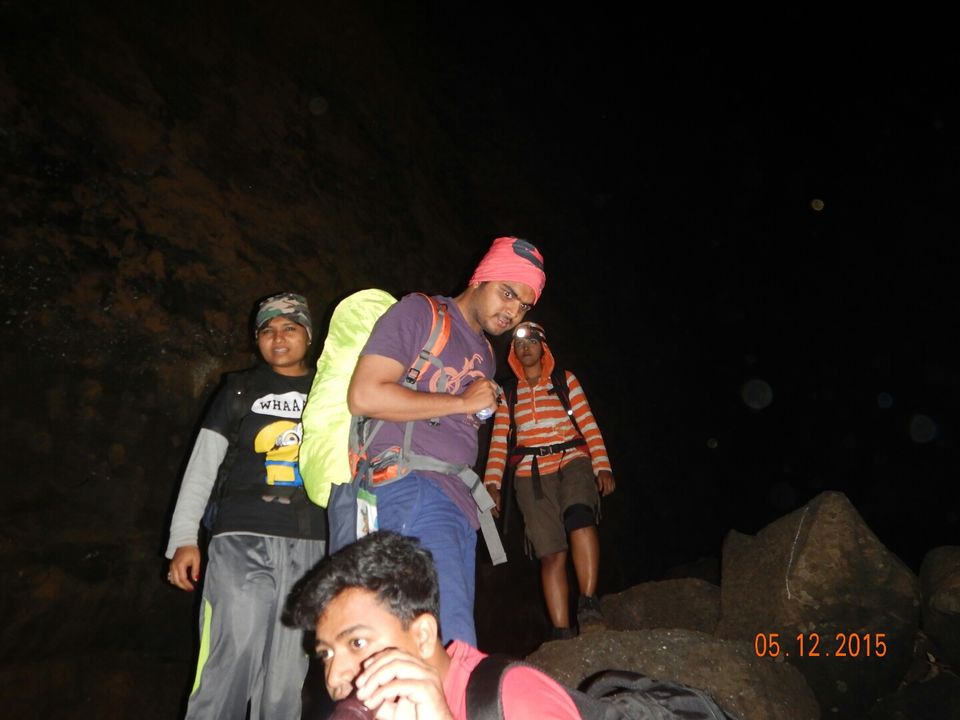 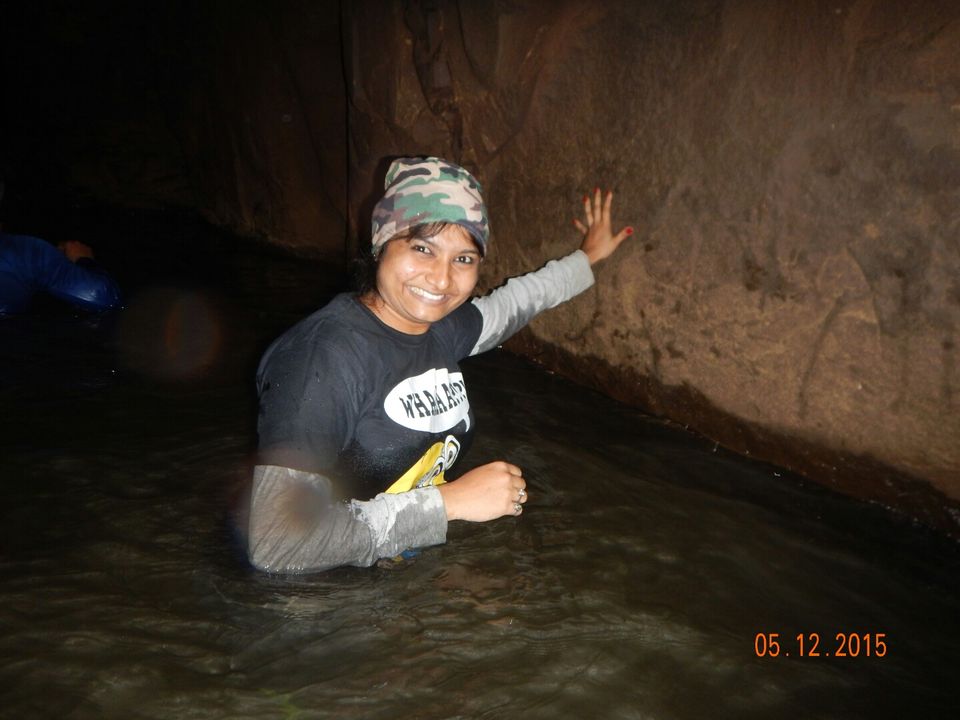 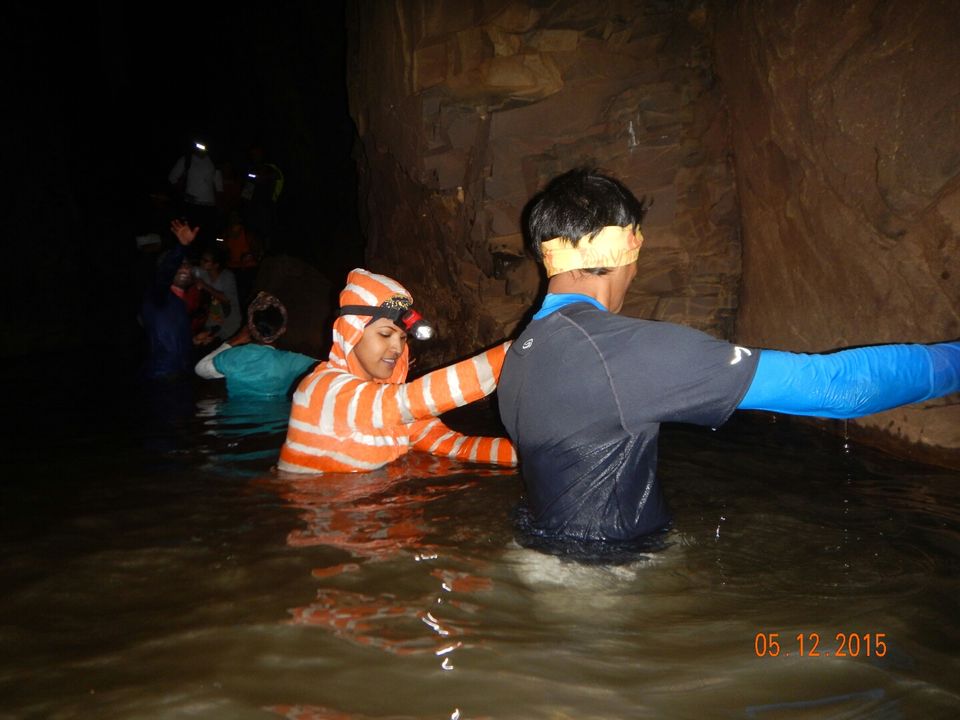 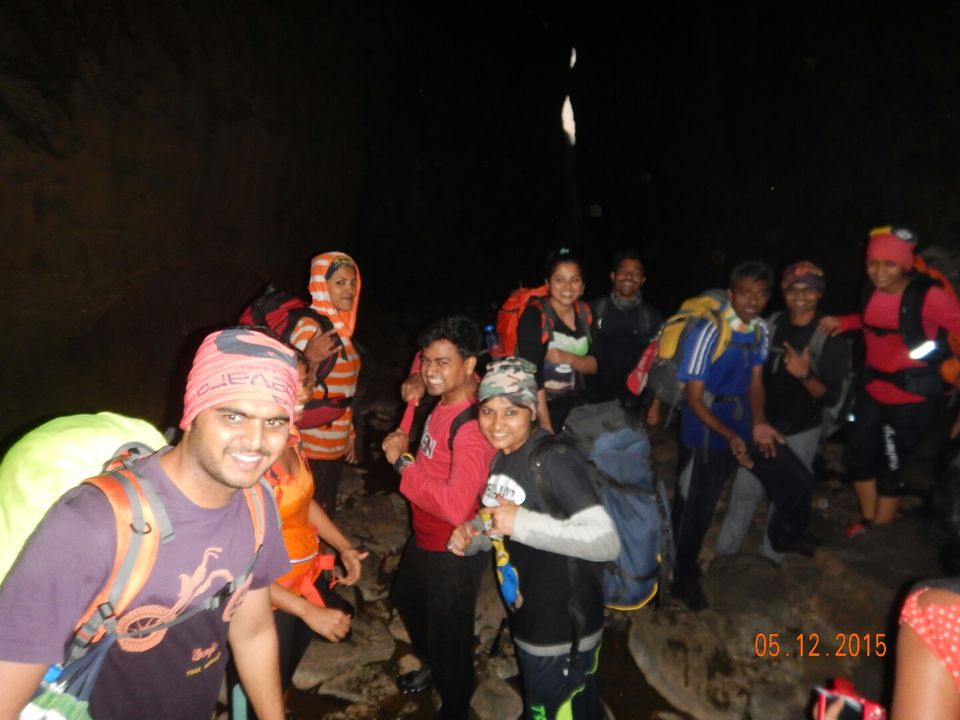 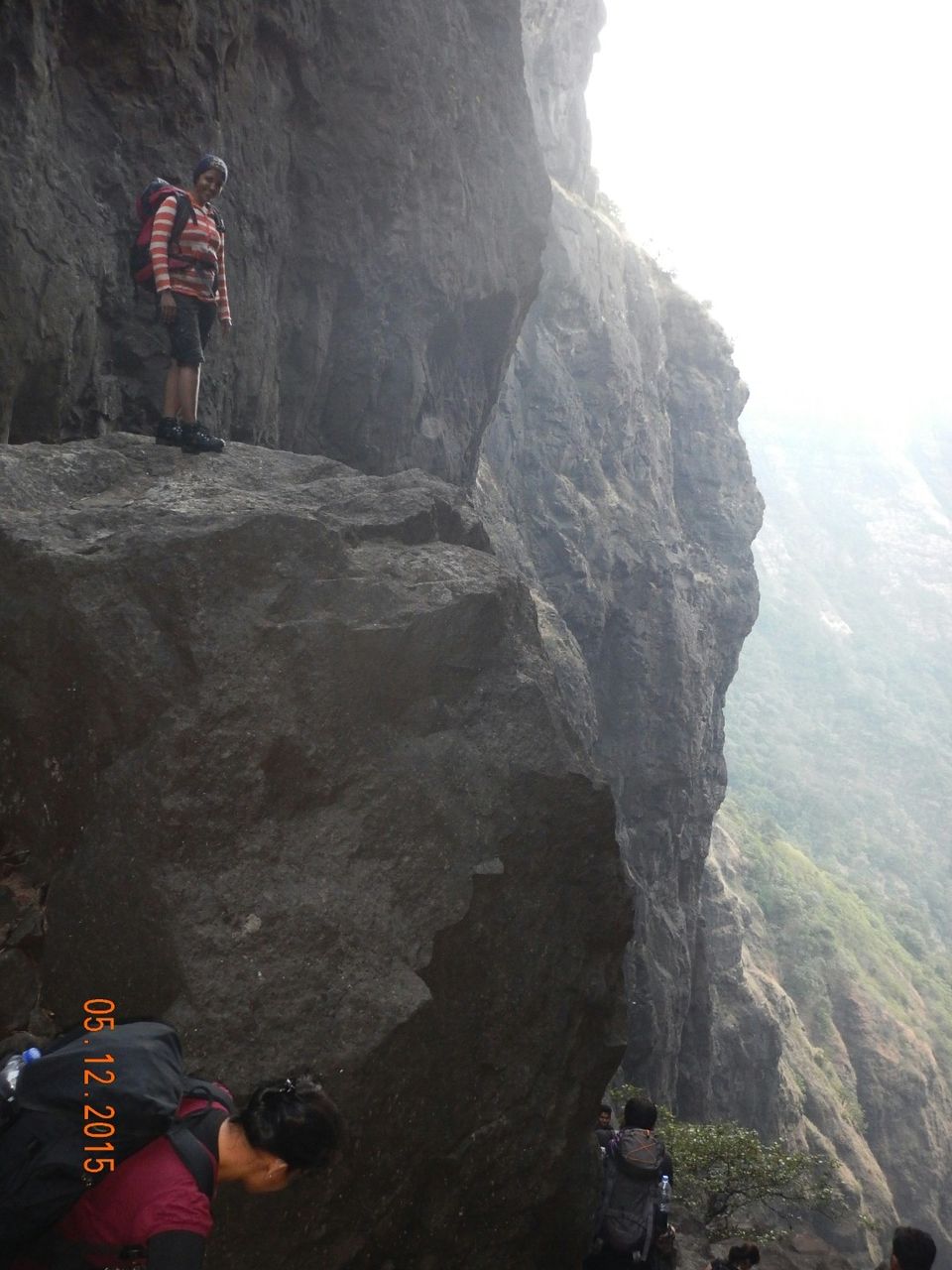 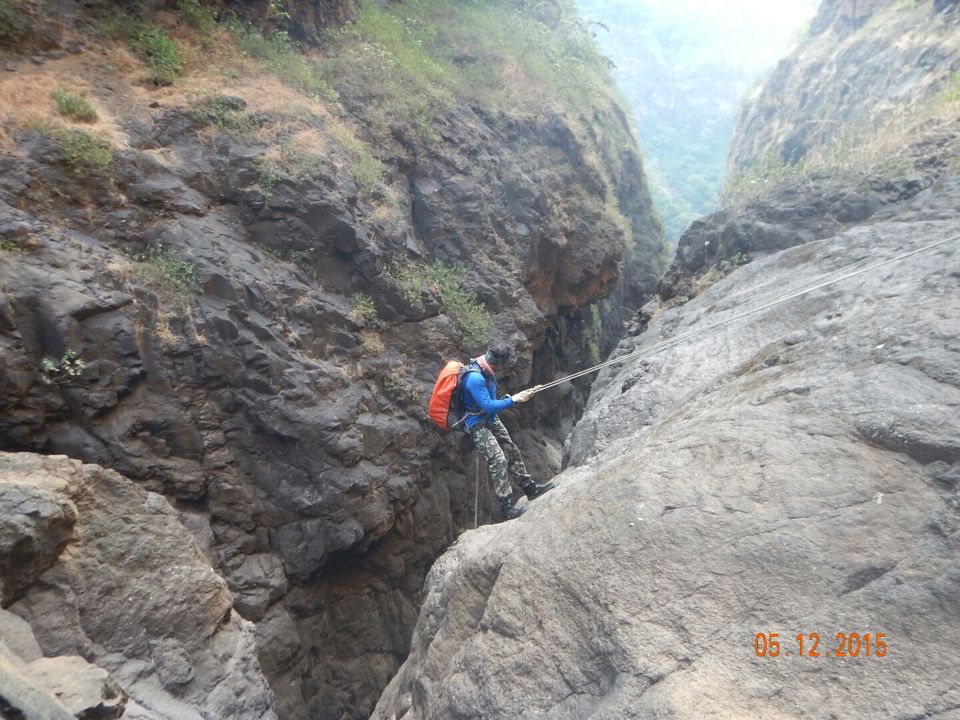 Soaking in the Magnificence 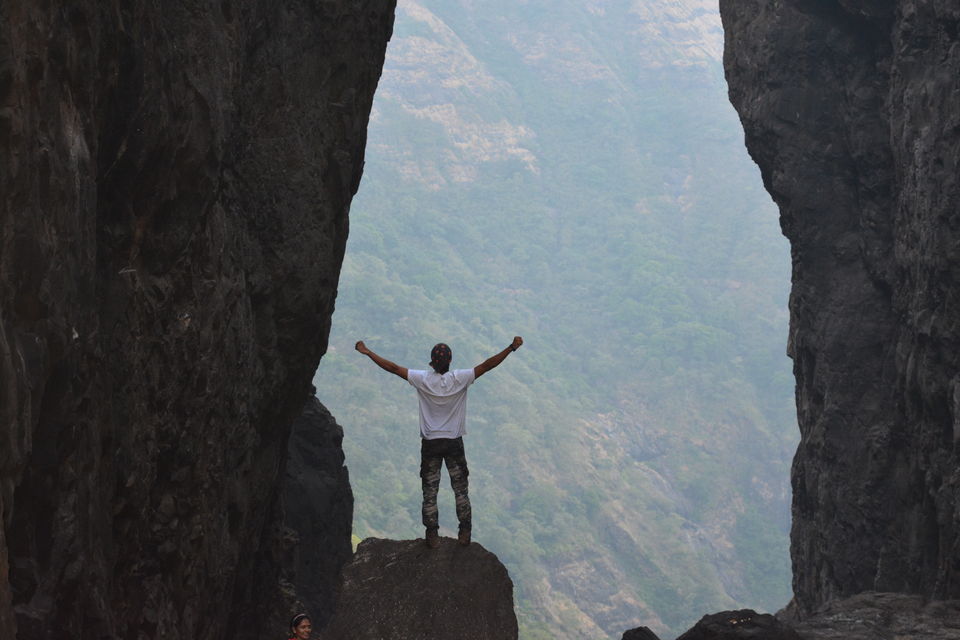 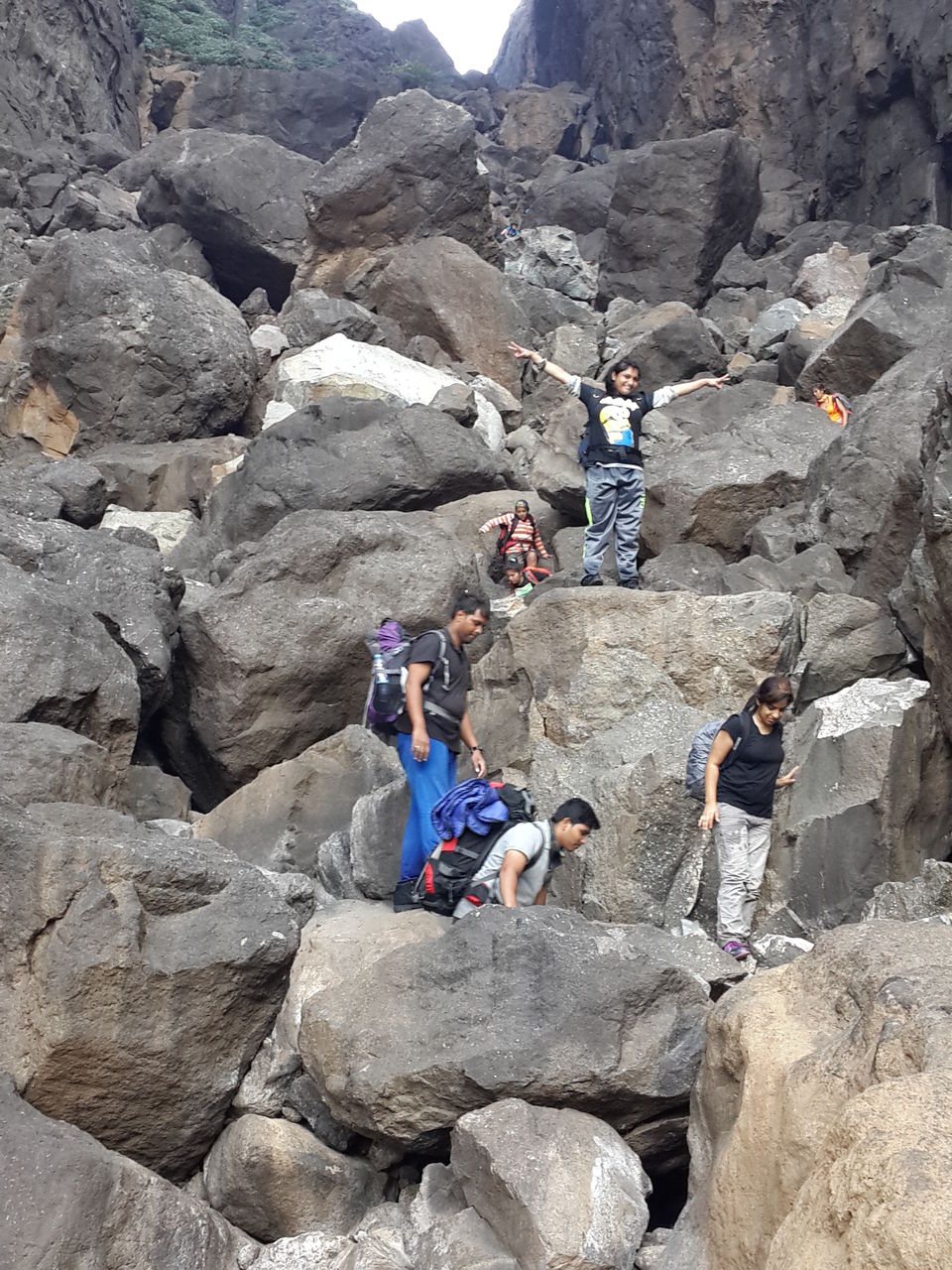 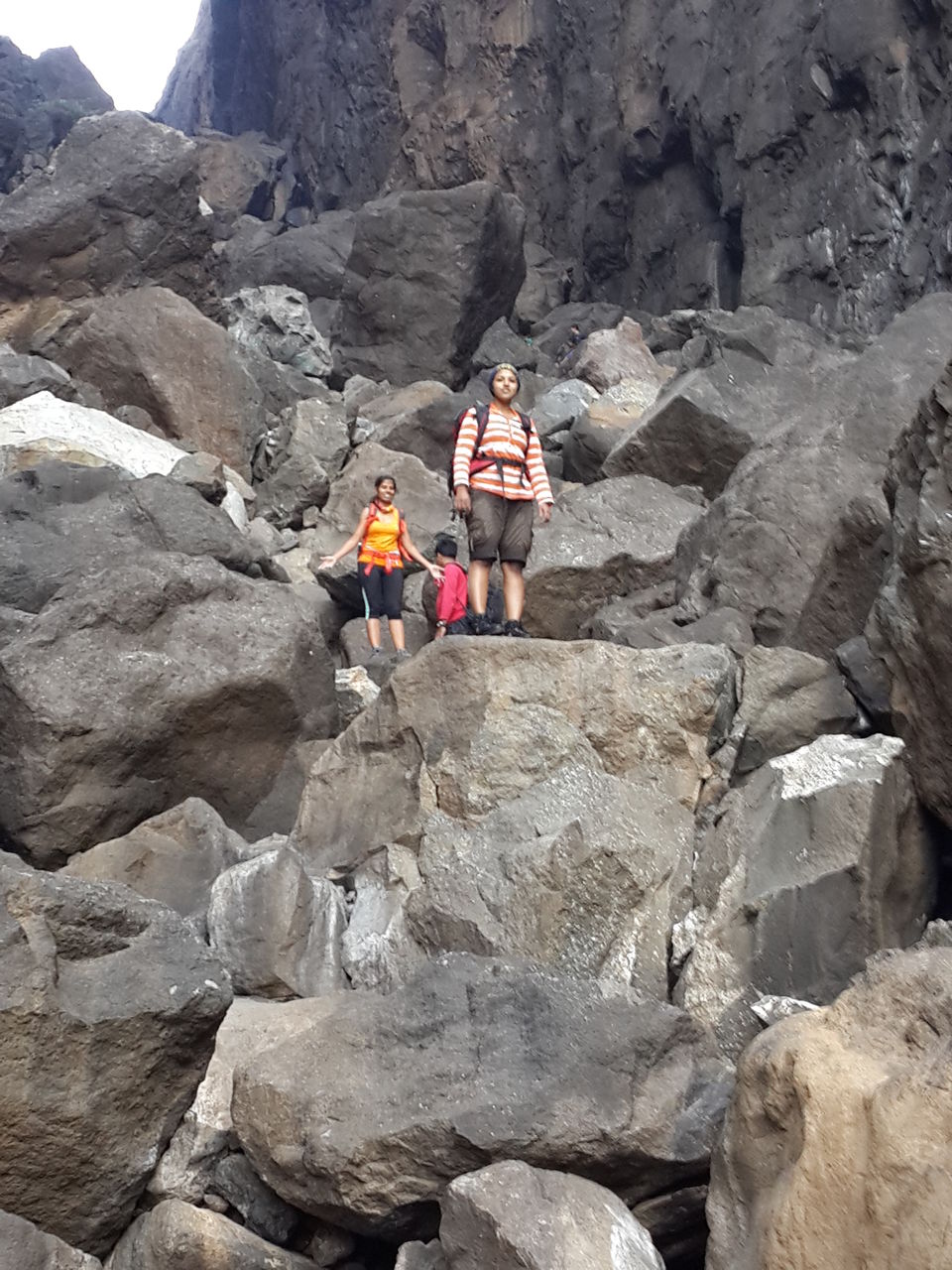 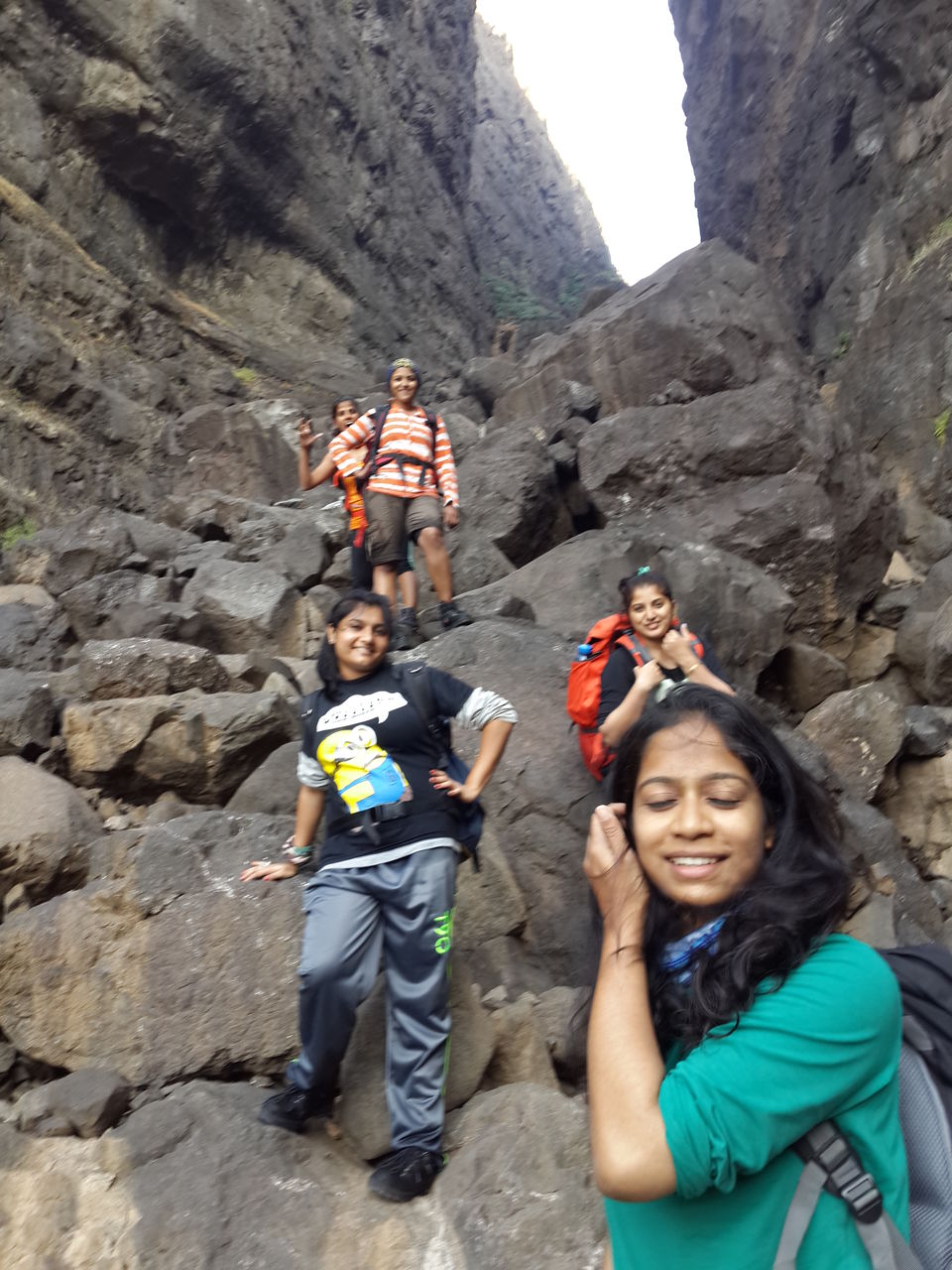 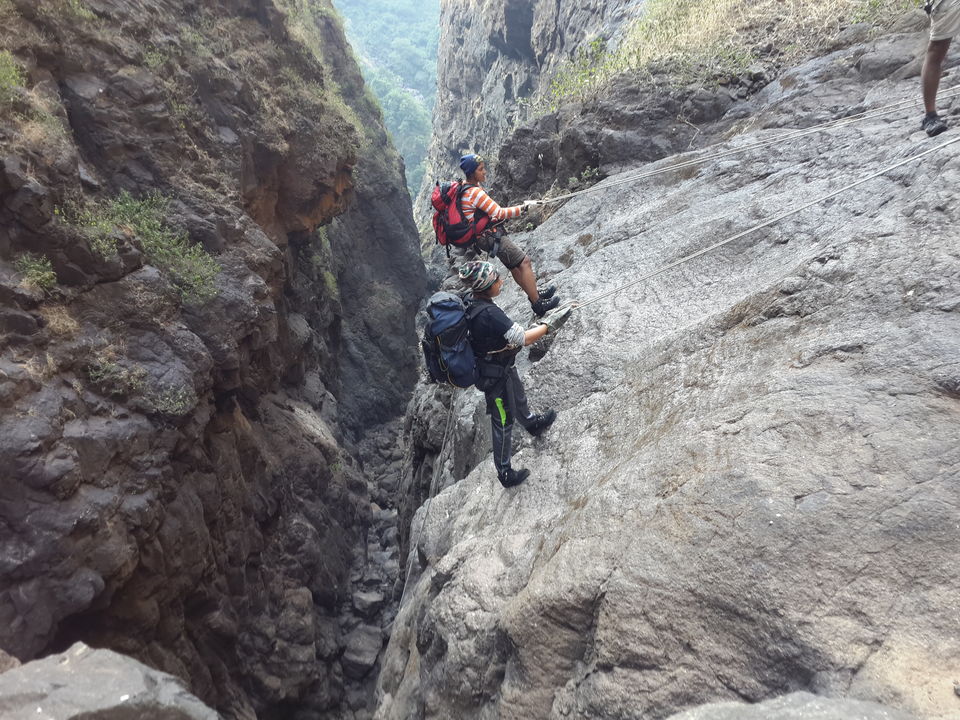 Show me the Way 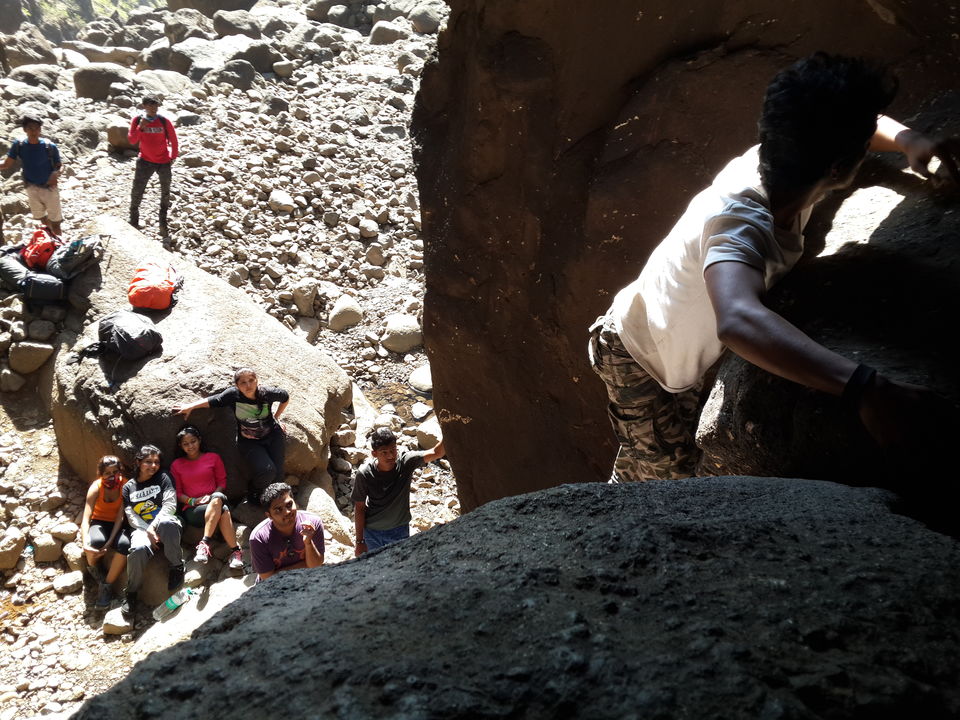 No clue of the way down 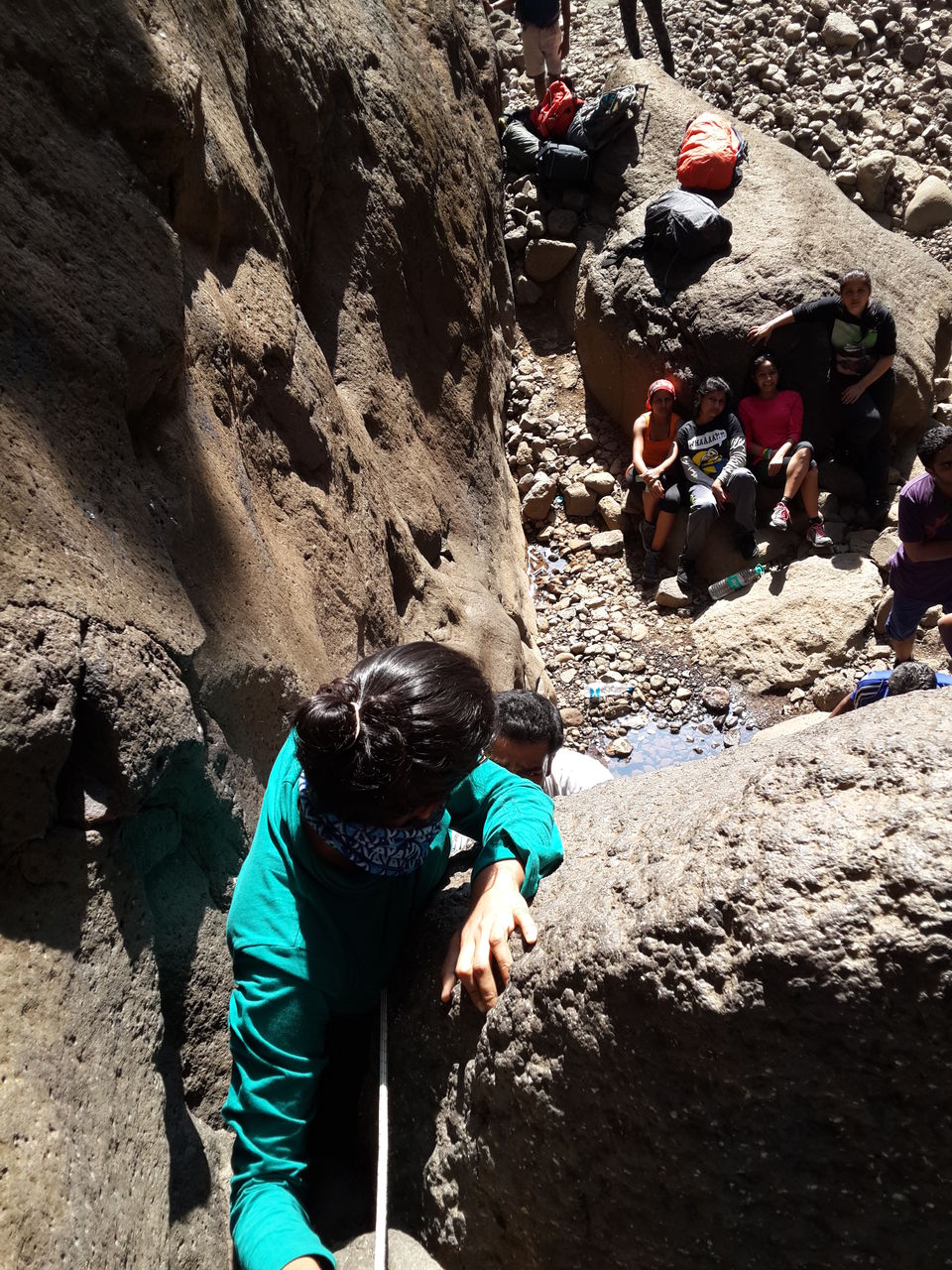 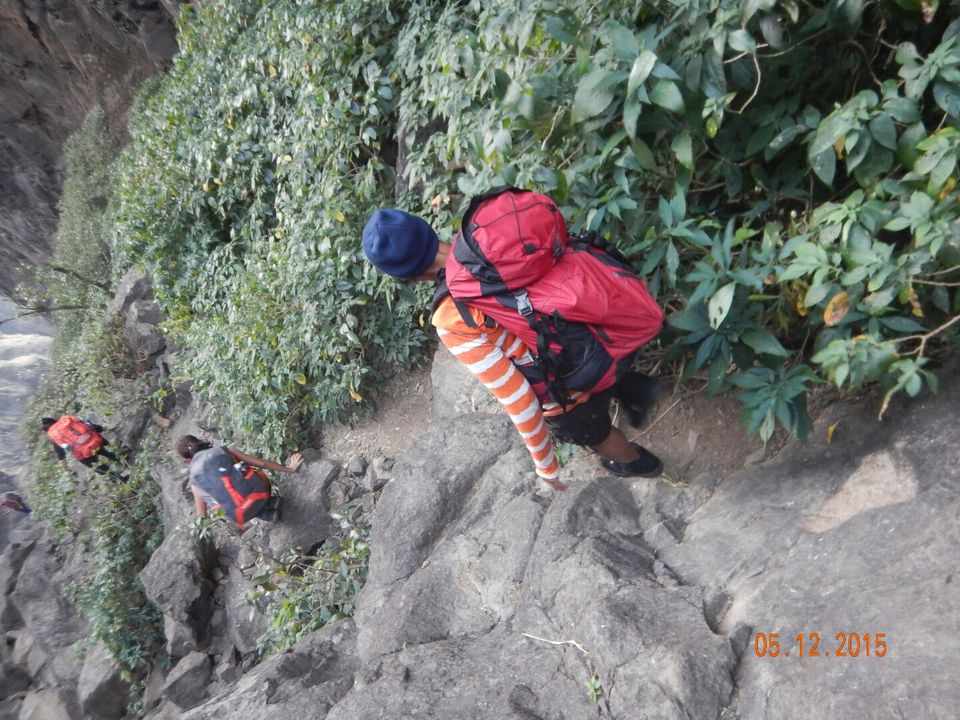 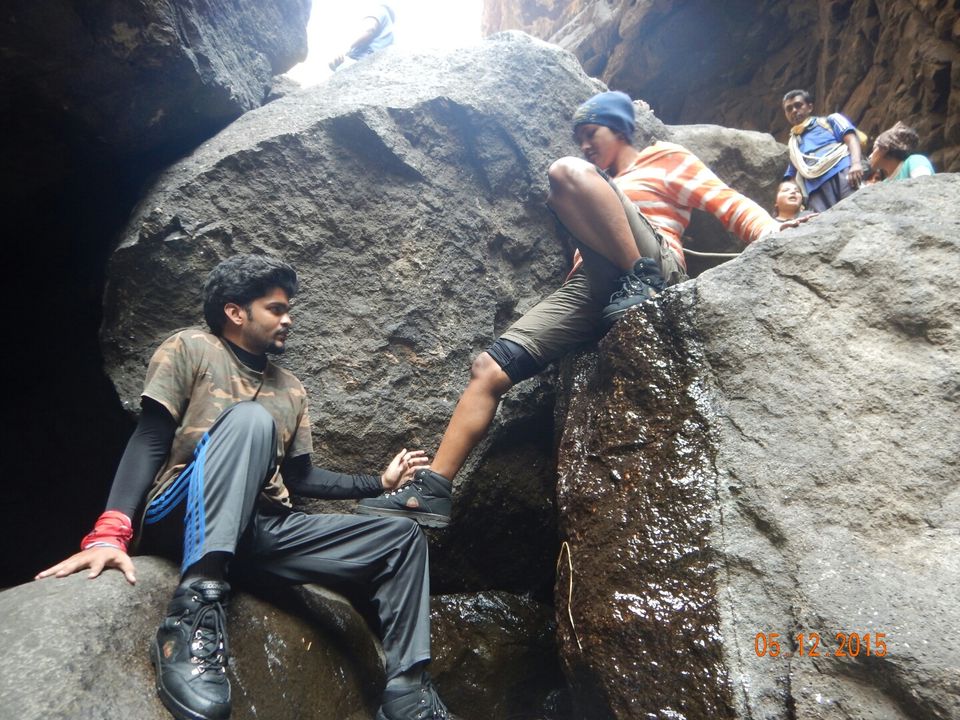 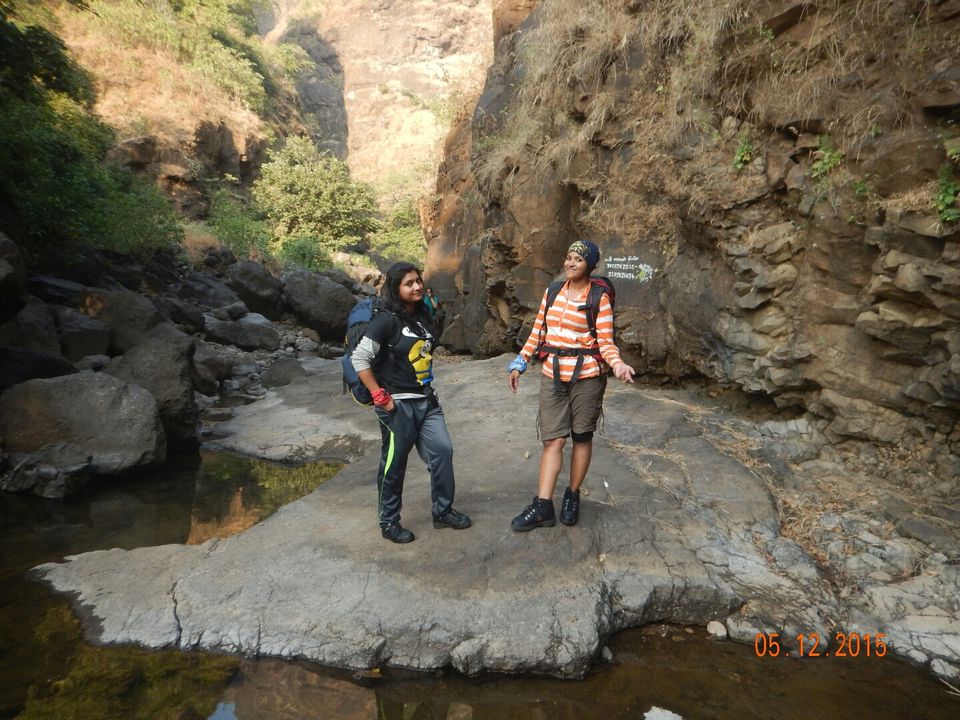 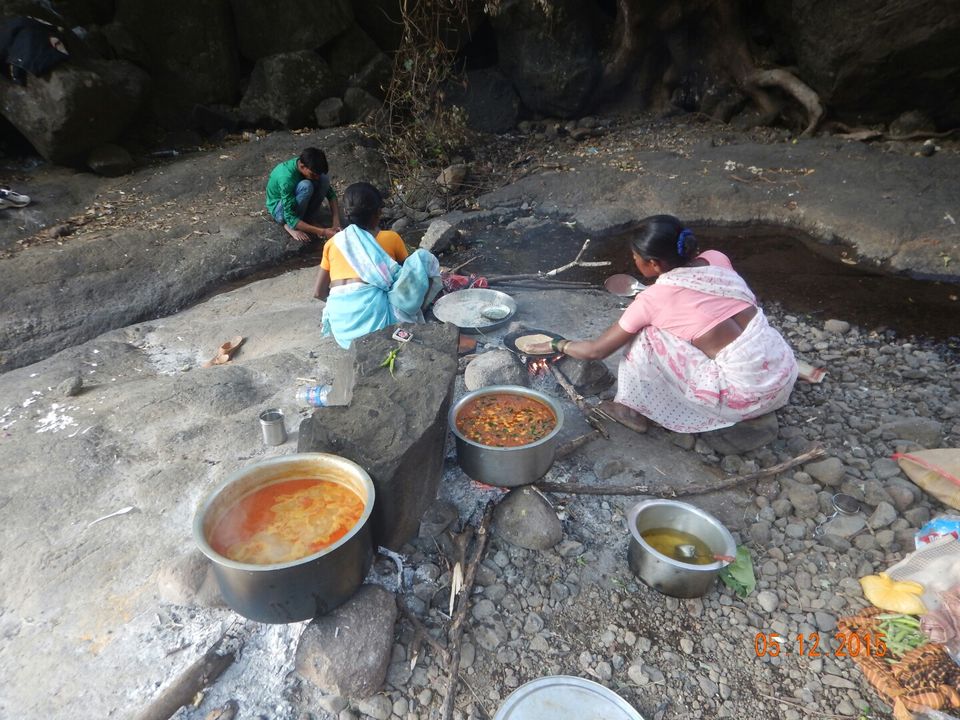 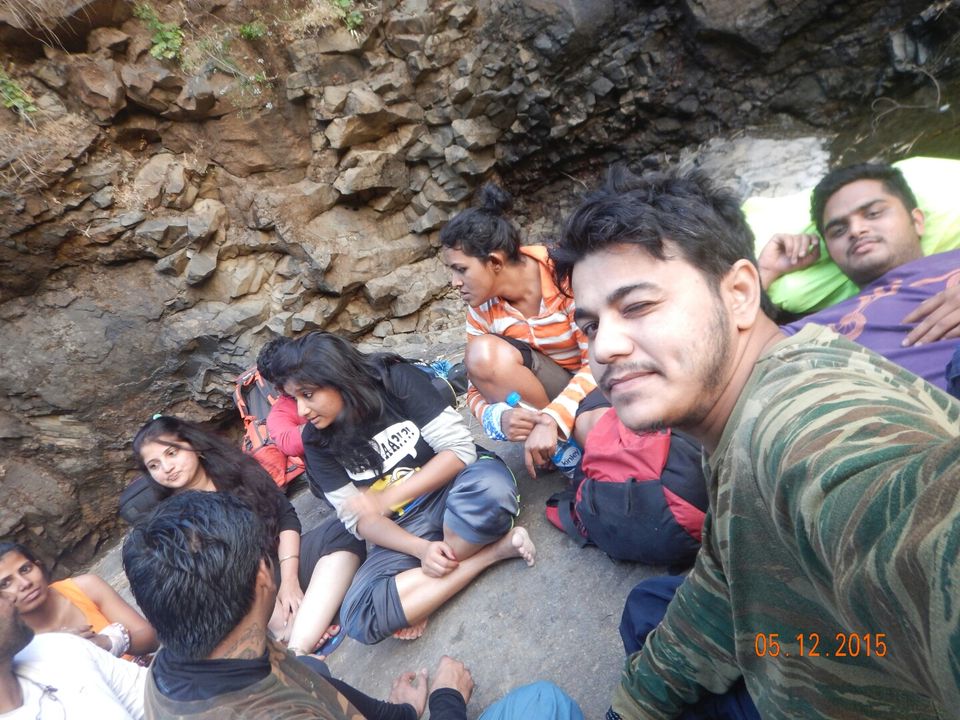 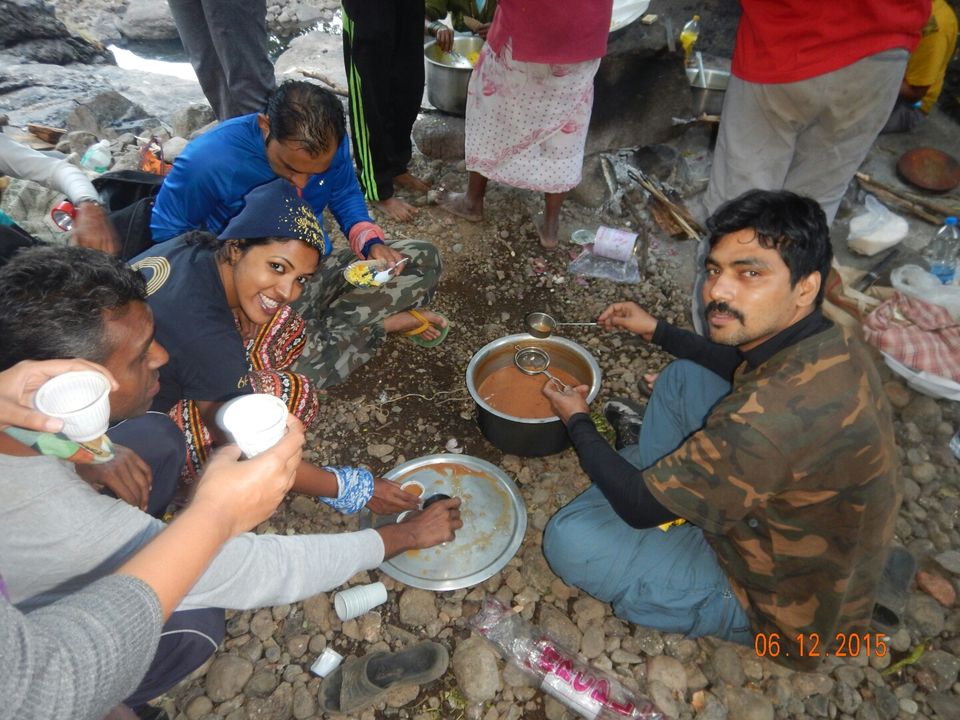 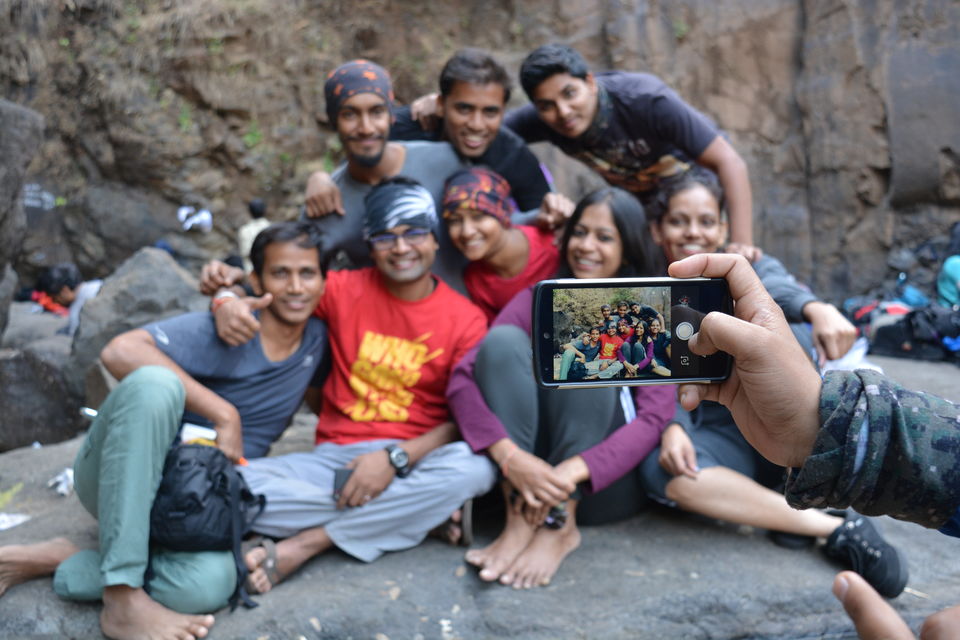 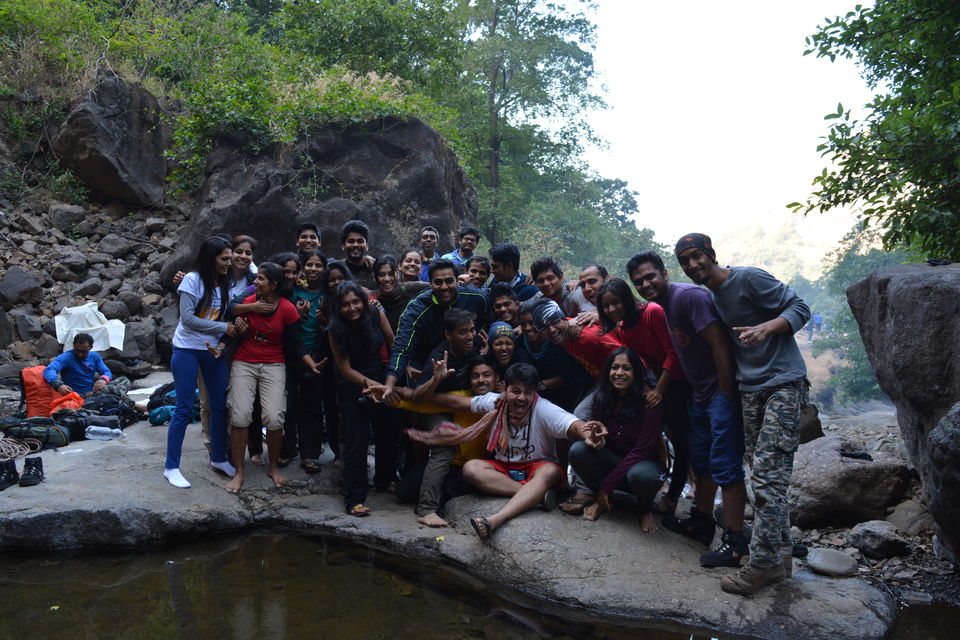 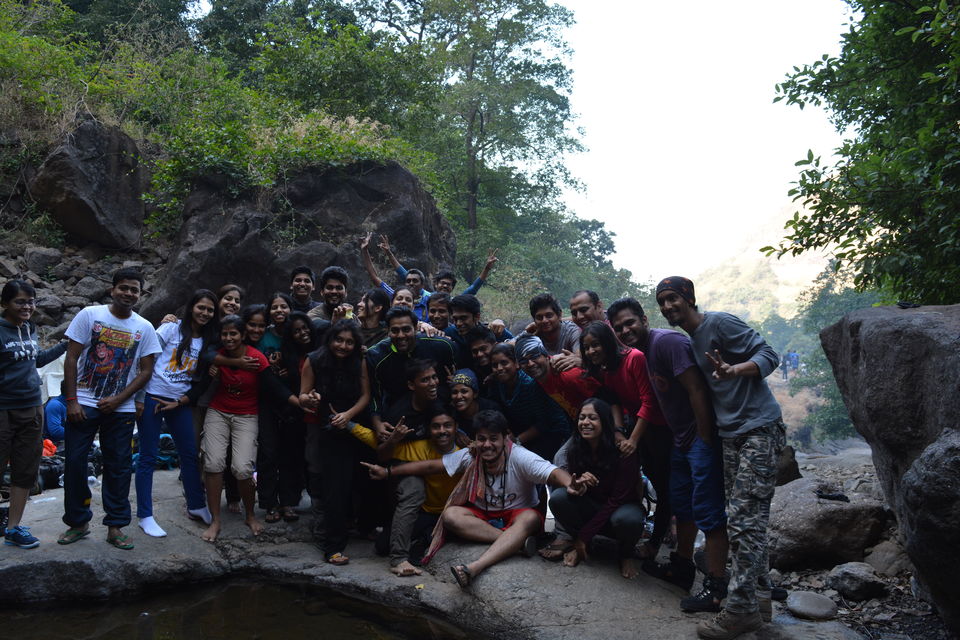 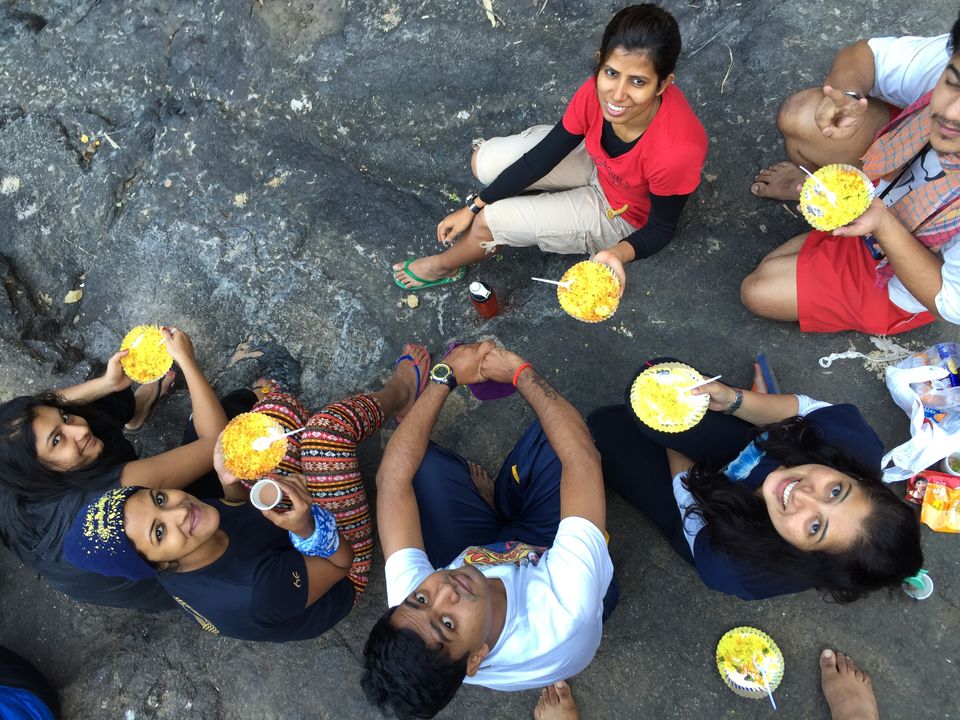 "Nature never misses any chance to leave us spellbound by it’s magnificence. All we need to do is, sit back and live the moment with it. Take pleasure as it unravels each layer of it’s virtue and enigma".

Ever thought of paying visit to the valleys where shadows reside? That too in the pitch dark winter nights. Come winters and the camping season starts along with long treks, a boon for all nomads bit by adventure bugs. Yes, you got it right. We did it all during our recent trek to Sandhan Valley.

Crossing pools of freezing water with water levels nearly chest deep at places. Admiring nature’s spellwork after crossing each surprise rock patch, some easy, some difficult, some scary, some cumbersome. Rock-hopping throughout the valley. Sleeping under the naked sky freckled with stars. Making childish wishes each time one spotted a shooting star. And last but not the least, that bunch of crazy friends who tag along each time I head for any madness rush. Every experience is way beyond expressions and words, which can only be felt and lived.

Sandhan Valley, also called “Valley of Shadows” is located in the west of Bandhardhara region, Samrad being the base village. Entire valley is surrounded by the majestic and beautiful Sahyadri ranges. These include the mighty Alang-Madan-Kulang(AMK), Ratangad, Ajoba range and Kalsubai. This mesmerizing valley can make anyone fall in love with rocks and boulders. Sandhan is also named as the “Grand Canyon of Maharashtra”, a 300 feet deep and 2 kms long valley carved by water.

The rock bedded ravine has widths less than 3 feet at several places, which blocks the sun-rays from entering inside and hence is called “Valley of Shadows”.

Sandhan Valley trek is one of the most popular treks of Sahyadris. The reason why this valley lures hundreds of trekkers every year is due to the transfiguration it undergoes each year post monsoons. Being water carved valley, the patches keep changing every year, not all of them though. The trek is a full descend trek unlike the usual ones where one has to complete the cycle of ascending to the top and descending back.

This was my second visit to Sandhan and I was super excited. With a bunch of 47 trekkers, some first timers and some regulars, we started off for the most awaited trek of the season. The trek was organized by Trek Mates India (TMI). Nilesh Patil was our lead with Nishank, Ranjita, Kushal and Shilpa as co-leads.

We reached the base village by 4:15 AM. The plan was to start right away to avoid trekking after sunset. Introduction done way before dawnbreak, in the dark, with the only sources of light being our head torches.

Sandhan is always thrilling from beginning till end. There is surprise at every turn as the patches keep unfurling. After walking for around 10-15 minutes, we come across a water pool with water levels chest deep. One has to carry their bags over the shoulders and cross the pool. Thanks to people gifted with good height for carrying all the bags to the other side of the pool.

One thing I would like to mention here that you need to be with a professional team to do activities such as rappelling. TMI takes care of each of it's participants' security and one can highly count upon their expertise and security equipments.

The valley had absolutely changed it’s semblance compared to what I had experienced last year. The patches where we had a little support to climb down had no support at all. We had to climb down with bowline knots tied around our waists. Absolute thrill I must say. The second rappelling patch is much smaller one, of around 15 feet but more adventurous as it is an overhang.

We almost complete our trek after the second rappelling patch. In all, this year, Sandhan offered 5 thrilling patches to cover.

The Camp And The Spook:

We camped by an open space just above the pond. Dinner was delicious vegetarian food cooked by the villagers from Samrad. So, the rule of camping, as it goes by, no one is allowed to sleep. Dinner followed by antakshari and ghost stories. I was the first one to fall asleep.

It was around 3:00 AM when all of us suddenly woke up with Amrita’s shriek. Nishank felt something fall on his face from top. All torches lit up and we started searching around and inside the sleeping bags however, could not find anything out of the way. Some of us thought of the possibility of monkey attack too. We waited for sometime and went back to sleep.

After a while, Nishank experienced the same spooky feeling once again. This time, he got hold of whatever had fallen on his face only to discover it to be Vaibhav’s hand. He got up and revealed the source of fear which had, a few minutes earlier freaked everyone out. Everyone was in splits. Now that we were completely awake at 3:30 AM, we started discussing the stars and constellations. We spotted quite a few shooting stars too. We went back to sleep only after being reprimanded by Nilesh.

The Morning Tea And Chidiya Udd:

Morning started early with the usual Nilesh special ginger and lemongrass tea. We had poha for breakfast.

Started our journey towards Dehane after prolonged session of photos. Stopped by another water pool for some more fun.

Further, on the way, we spotted Giant Wood Spiders. Nilesh apprised us about a typical behavior of the females of this species. The females kill their male partners after mating. Typical cannibalism. When researched about the same, I came to know that this is a very common behaviour among many species of spiders wherein the female eats up/kills their male partners after mating.

We decided to take another break at an open space after crossing the jungle area. Another round of fun and games with “Sheep and the Sheppard” played among 4 groups. The losing teams danced on old bollywood songs (songs included the likes of "pyaar kiya toh darna kya" from the movie "Mughal-e-Azam" and many others) with their eyes blindfolded.

A round of hilarious “Chidiya Udd” game between Nilesh, Kailesh, Vaibhav and Ansh kept everyone glued till the end. The only difference in this game was that the rules were bent as per our craziness quotient. So, the person who fails to raise or not raise his / her finger would not go out of the game but have to face bashes from other members in the group and re-join the game. And, the most important rule- You cannot quit the game. (wink wink)

We started off for Mumbai by 4:30 PM after a round of evening tea. Bid goodbyes with heavy heart but with plans for the next trek together.

This story was originally published in Cocktails, Mocktails And Life. For more such accounts on treks within Sahyadri, you may visit my blog.