In search of that shot!! @Dudhsagar Waterfall 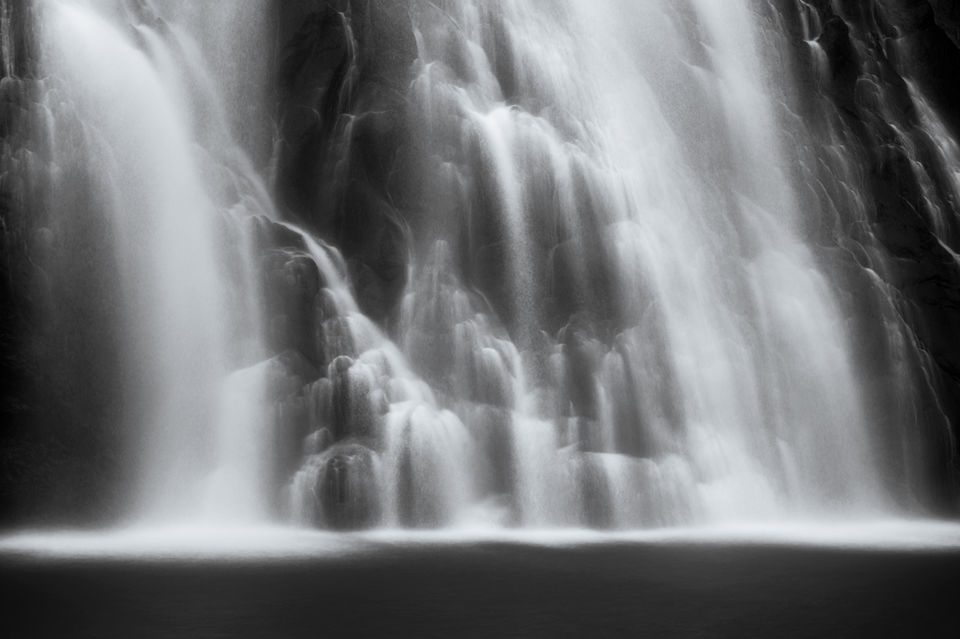 One of the biggest waterfalls in Goa and surely the prettiest. It has been a must-go location for most of the tourists after Chennai Express and banta bhi hai yaar. In general days the waterfall is jam-packed with tourists but due to monsoon season and Corona, the tourists were minimum and the beauty was maximum.

We started with a thrilling jeep ride from Collem village for the waterfall through a national park. The trail included two rivers, amazing scenic beauty, and few glimpses of the fall we were heading towards. After 45-60 mins of a bumpy ride, we reached the parking where we were told to hike ahead for like 15-20 mins to reach the fall. all excited and pumped up we started and stopped after just 2-3 mins and thinking where to go now. The hike was not hard, but the tricky part was crossing the water streams, finding out the correct route(If the trail is deserted). The rocks under the stream could get really slippery so each step had to be calculated and properly kept. We had a victim to these Algae covered rocks in our group so please be careful. He is fine though, nothing serious.

After all the adventure and fun, we were finally in front of the Dudhsagar falls, and trust me when I say this, the name is totally justified.

It was a huge ass waterfall, flowing through the rocks, boulder, and even a railways bridge. There was no chance a normal camera could get that complete waterfall in one frame, but thanks to the wide-angle lenses in the phone and camera these days. The water was milky clean, not even clean it was just milky. The sound of the water crashing on the rocks and then finally merging in the waterbody below was enough to give you the idea of how large this waterfall is. As the water would hit the rocks, it would create a cold breeze which will then hit you mixed with cold water droplet giving you the chills. As soon as I reached the falls, I found a coolly place to set up my camera and heart so that we both can absorb the calmness of the place. But it’s never that easy since the water was falling from such a height, as soon as it reached the ground, it would create tiny splashes and cover me and the camera with tiny droplets. It was fine for me but the camera was taking the real hit. So I managed to click some quick shots and then immediately kept my camera inside because I don't have any sponsor to get me the other one for now. I just sat there in a corner, feeling the water droplets and on my face and complimenting the true art of nature, wondering how such great things exist among us and how lucky we are to witness such amazing phenomena of nature. The water droplets were so sharp that It could easily cut through your bare skins.

It was not time to enter the different realm, the water kingdom. Being a practiced swimmer, I shouldn't have been afraid to enter the water, but that was not the case. Though it was a one time fear and once I was inside, it was totally fine as the life jacket was really helpful the body up float at all times. The real task was to swim around in the fall as the energy needed to move around was too much due to the great pressure of the waterfall. It always felt like I wasn’t even moving an inch and was just flapping my hands like a kid. The other obstacle which scared me to swim around freely was the underwater rocks as they were not visible and could really hurt if the legs were to crash into them while swimming. I would really recommend swimming goggles while in water as you will be able to witness the beautiful creatures underwater which gives such immense pleasure and satisfaction. Now after somewhat swimming scarily I came out, dried myself up, and again sat there just wondering how amazing the place was and wanted to observe every tine bit about that waterfall before leaving.

It was time to leave and I still hadn’t got the shot I wanted, A long exposure shot where the threads were being formed by the milky white water falling from the top and crashing into the rocks. But due to harsh light, I was not able to capture a long exposure. Then I planned to take multiple shots and combine them forming a long exposure shot. But it was also getting impossible to do so as the lens front would get covered in water droplets within 5-10 secs. Determined me, then moved around the location to find a place that was not in between the direction of the wind to reduce the amount of water collected on the lens front. Not being completely satisfied with the location, I still set up my tripod and the camera to take continuous shots at 5 seconds each up until 99 shots. I kept an eye on the lens filter and cleared it between 2 shots if I felt that the moisture or droplets were taking over the frame. Now the shots were taken but still, I had no idea how it would look once I combine them in photoshop. This curiosity gives a very hard time to the photographer as I just put 10-15 mins to take a shot which is a one time opportunity and I have no idea how is it going to look, there is no other chance to take the shot again if anything goes wrong after combining those shots. This feeling could literally kill me, so I decided not to think about it, just wait till I get back to Delhi and then combine the shot so even if it didn’t turn out to be the way I wanted then I wouldn’t be upset or restless during the rest of the trip. The result is here for all of you to judge and let me know if it was worth it?

I then returned to the base completely satisfied with my day at the waterfall. I had witnessed one of the most beautiful waterfalls ever, I got the shot I had wanted to and most importantly, the mental piece with which I returned from that place was something I really wanted at that time. And I am glad we all did this.

PS: Please try to keep the place as clean as possible. DO NOT throw wrappers/plastics/buds around. They are going to take no space in your bags and at the same time, it will keep the place more hygienic and scenic. 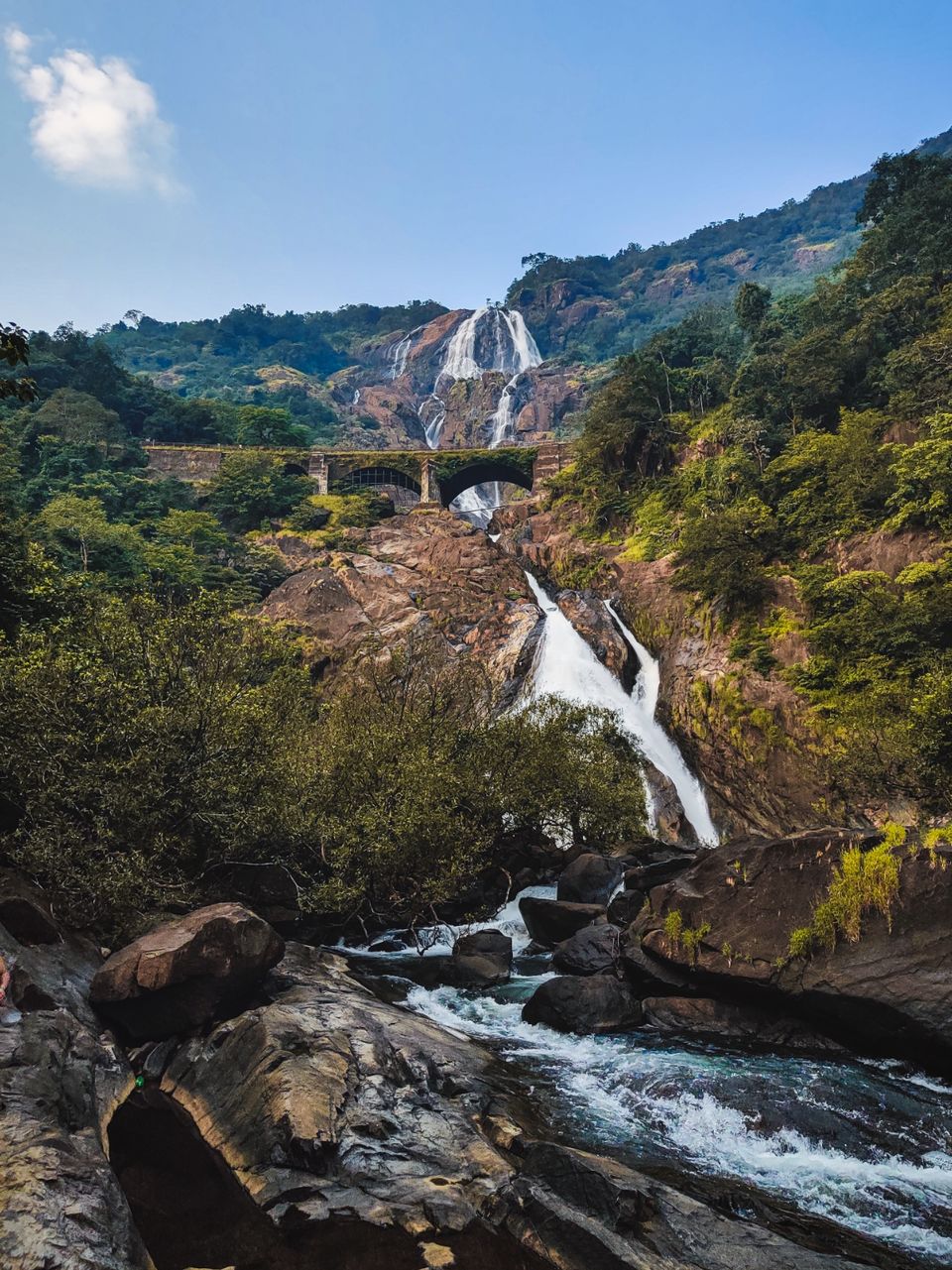