Is Ganga Too Polluted to be Holy Anymore? 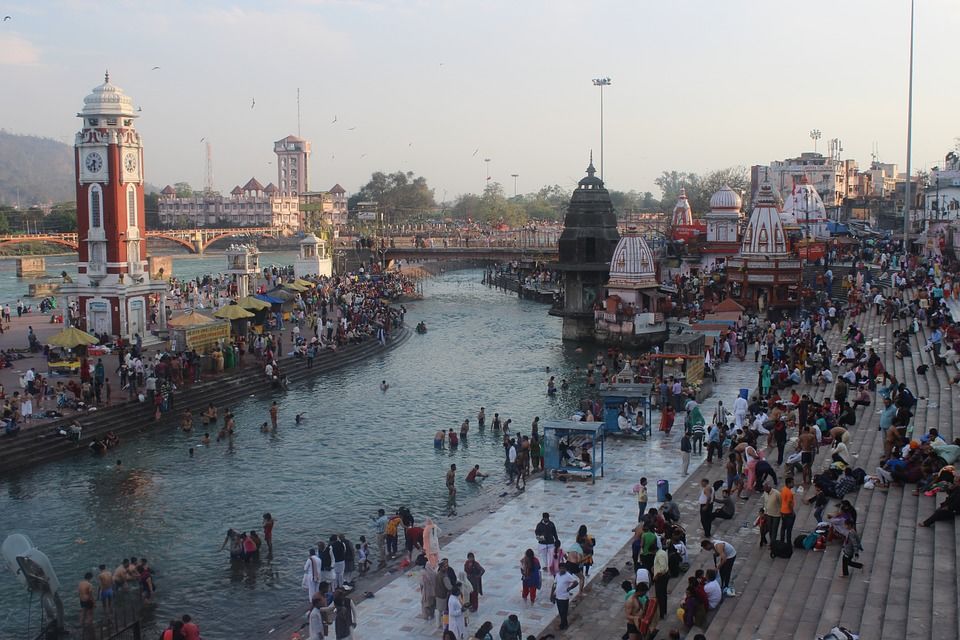 One of the most valued water beds in India, the river Ganges or Ganga, has always been revered for its holy waters. The religious beliefs and emotions attached to it pull myriad followers and tourists to its banks hoping to rid themselves of their sins. However, the rituals have not played well with the health of the river itself.

The latest reports submitted by the Central Pollution Control Board (CPCB) declare water from the Ganga most definitely unfit for direct drinking or even bathing. With a total of 86 live monitoring stations installed in as many locations, only seven places are found to be fit for drinking after the disinfection process while 79 stand unfit.

CPCB went on to release a map showing high level of coliform bacteria in the river. The data has been collected by live monitoring stations in the Ganga basin across the country to check the quality of the river water.

Only 18 areas have been found to be fit for bathing where Ganga flows while 62 spots are marked unfit. The six spots fit for consumption for drinking after disinfection are Bhagirathi at Gangotri, Rudraprayag, Devprayag, Raiwala- Uttarakhand, Rishikesh, Bijnor and Diamond Harbour in West Bengal.

So, where does this leave us? Indians refer to the Ganga as maiyya, meaning ‘mother’. How are we to answer to the future generations for the dejected state of the holiest waters of the country? Despite active government plans and instructions from the National Green Tribunal to tackle river pollution, it seems to be a far-fetched reality.

The ministry of environment, which is also involved with the cleaning of the river along with the ministry of water resources, clarified months back that industrial pollution has been checked and industrial units are now not discharging in the river.

"Namami Gange", an ambitious river cleansing programme initiated by the Union Government in June 2014 with budget outlay of Rs 20,000 Crore, primarily focused on the major rivers across India including the Ganga. But these reports in 2019 reflect on the ground reality.

Union Environment Secretary C K Mishra said that today, not a single industry is discharging black waste in the river. He also said expressed that the situation was not "happy" but efforts were on. He points sewage as a big issue and water quality is apparently being checked every day.

However, environmental activist and lawyer Vikrant Tongad, who filed an RTI regarding the condition of the river, said that the government's efforts were plausible, yet not enough. He emphasised on including public participation and managing agricultural waste generated after using pesticides. He rebukes the government’s plan to clean the river by 2020 and says it cannot be achieved till 2025.

The National Ganga Council (NGC) headed by Prime Minister Narendra Modi assigned with the protection and upkeep of the river Ganga, has reportedly convened no meetings since its inception in 2016 despite NGC's guidelines imposing members to meet at least once a year, every year.

The lack of meetings further questions the credibility of NGC. The NGC council in the previous term consisted of the minister for water resources, river development and Ganga conservation as NGC's vice-president; the Chief ministers of Bihar, Jharkhand, Uttarakhand, Uttar Pradesh and West Bengal; and the Union ministers for the environment, finance and urban development.

In December 2017, an audit by the Comptroller and Auditor General (CAG) on the National Clean Ganga Mission (NMCG) admonished the government for its heedless approach. Delays in cleaning the river, in the installation of sewage treatment plants and construction of toilets in homes near the river were noticeable.

In the wake of latest reports from CPCB, an effective manoeuvre still remains absent to solve the equation and the only question left to ask is – Do we question the authorities or our own religious faiths?

Tell us what you think about it here on Tripoto!