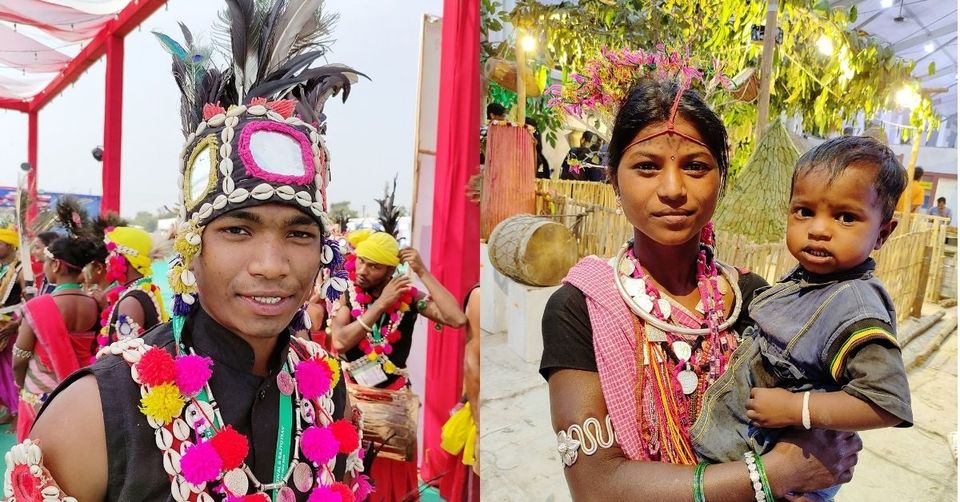 "Tribal Culture is the Most Modern Culture"

I heard these words at the National Tribal Dance Festival organised by Chhattisgarh Tourism Board under the tourism development plan of Government of Chhattisgarh, in October 2021. Coming from Chhotanagpur region in east central India myself, these words precisely defined the culture that shaped my childhood.

I had moved to Delhi for my higher education, and stayed in the most modern cities of India for a decade. Coming back to Jharkhand during the pandemic, I realised how rare was it to see women seller populate the vegetable markets in Delhi or travel freely at dawn. But it would never surprise people when they see tribal women roaming freely unaccompanied by men in Jharkhand or Chhattisgarh.

This also brings to light many aspects of tribal culture and practices that can be seen as ultra-modern. Many of us Indian urban city dwellers have been recently adopting certain practices from the west with keywords such as feminism, women-empowerment, forest bathing, detox, live-in, sustainability and more, which find references from our own indigenous tribes.

Let's look at some tribal practices that might feel a little too 'modern' to even our big city folks:

Many of us may be living-in with our partners in a metropolitan city in India. But there are slim chances that we told it to our parents, and even if we did, our parents would hide it from their relatives and friends. However, in some tribes of Chhattisgarh, to live-in is not a sin. Locally known by the term 'pethu', couples can live with each other without formally getting married in Bastar. Some couples even have children out of wedlock. The society and the local government accept these practices as a part of their culture, and there is no stigma around it.

Across most tribal cultures, women do not pay their grooms to get married. Most tribal societies are matriarchal, and women enjoy the freedom to do all outdoor activities. Many of these women are the bread earners in their families. Thus it makes sense that they won't pay someone to get married. Men who wish to marry women come with their offerings of cattle or liquor to the women's family. The women's family may decide whether they wish to go ahead with it or not. Santhali women can continue staying with their parents or brothers without any stigma and have equal rights over the inheritance.

'How do I know if we are physically compatible with the person I am getting married to?' Ask this question to your parents and you would get death stares.

In the Ghotul system, in Anu Jamad in Bastar, boys and girls spend a fortnight together in makeshift pre-honeymoon camps to test their compatibility before they formalise their relationship. The girls are asked if they would like to continue with their partners, if not, they have all rights to not formally get married to the same person.

Only in the recent years we brought our focus back to preserving nature. And yet, most of us see elements of nature as physical alien objects. Tribals have always been one with the nature. Sarnaites worship trees in their religious groves. You won't find anthromorphic gods here. The gods would simply be a karam tree, a hill spirit or the deity of the night. These are all elements of nature and their only message is to uphold sustainability.

25 years ago I used to travel by train through the most forested parts of Jharkhand. Tribal women would get on these trains with their collections - mostly berries and fruits. These women sold their products in cups and plates made from the leaves of sal trees stitched together using twigs. Today, when I travel on the same route, it is pleasant to see these women still follow the same practice while the world is struggling with plastic bags. Tribals have been using sustainable products such as bamboo, flower fibres, stems and roots for carrying and packaging stuff since forever.

Admit it, most of us are hoarders. We love to hoard clothes, shoes, latest gadgets and household objects despite knowing that we barely need them. Later on in life, we realise the concept of minimalism and restrict our desire to own everything we see. Minimalism has always been the key philosophy of tribal life despite them not really knowing about it consciously. Most importantly, they don't practice it for a social clout.

If any of you have not been to the tribal belt in central India or northeast, I would like you to visit it once to see the ease with which women move outdoors. This freedom comes from the power women hold in the tribes. They are figures to take inspiration from and command respect. Unlike cities where women are kept under power through physical intimidation and denial of opportunity, the women in tribal belts are not only considered mentally superior but also physically equivalent. Tribal men and women work together in fields doing physical tasks, distinctly juxtaposed against rural agrarian belts where only men go to the fields. When it comes to finances, women are the planners and decision-makers.

While I do not endorse intoxication, let's look at the gender based divide that cities have when it comes to intoxication. It takes a lot of liberation and empowerment for women to have a drink or smoke in public. Yet, being sober is seen as a virtue for women while men will be men. This is very different for the tribal belts. Alcoholic drinks do not discriminate in the region, be it the rice beer hadia or the nectar of mahua. Women make and consume their drinks and it is as cool for everyone around as it is when men smoke in a city.

It's funny how city folks love to pay for organic diet when the tribals produce and consume them for less than 10% of their city price. Organic diet isn't a fad here, it's a way of life. While they might not get an avocado, they have the bliss of phutu and char. Surprisingly, they can maintain good shape and health even with a diet of white rice. Of course, it's organic and they get their hands dirty to put it on their plates.

History repeats itself, they say. All of us were tribals once, but we lost practices of sex education, organic diet, feminism and nature-worship as we urbanised. We must realise our loss and look back at the traditional tribal way of life, restore and cherish it.

Have something that you want to say? Comment below or write about your own travel experience here.