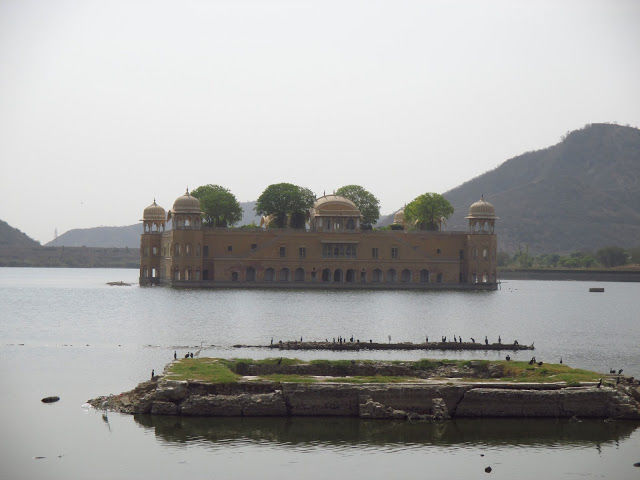 Sometimes, some trips are unintentionally unimaginable in bonuses like a free one together, such a journey can be found in the form of a brief burial of Jaipur. To book tickets to go home, we had to make an appointment for air tickets. Seeing the deal at the time of booking, it was felt that instead of going from Bangalore to Delhi, we could go through Jaipur, and the train from which we sit in Delhi will sit there from Jaipur and there will be no scope for doing this again. The matter got settled and about four months ago, we got a ticket from Bangalore to Jaipur on the morning of May 10, on the morning of May 10. Before booking the seat in the train, it was thought that one day would stop but till the day of ticketing came in Bangalore, even then Sun God came to its peak when it was known in the name of natural air conditioner in Bangalore. So Rajasthan, and that too will be a little difficult in the month of May, but Ghumkkidi is the name of this. That is why, on the same day, the train got reservation done. Now we had about six hours from eight in the morning to two o'clock here for here. In addition, with the help of Google Dev, he also saw which places can go and where it is not possible to go. Two days before going, Rajputana talked about the half-day air conditioner car with the cab and asked to give a driver who could do the job of the guide.

Holding the flight of six o'clock in the morning meant coming out of the house at three o'clock in the night. So all the stuff was packed from the first day in such a way that when you got up early in the morning, do so much of the bag, but still had to get up at two o'clock in the morning and got out of the airport as a taxi. At four o'clock in the morning we reached the airport, then after checking in and checking the security, we got inside. By the way, the baggage was already less than a big bag and two small pattas. After the big bag was deposited, it was easy to walk in. Airport is a place where day and night do not seem to be known, at the same time, a little atmosphere Till now, the mind of drinking something, I got the idli and tea. Mast time passes in food, so much food has not come to the notice that it was not known when it was time for boarding. Well, at one o'clock in the morning at 5 o'clock, there was also an intake of breakfast that it would not be necessary to take breakfast in Jaipur and that time in breakfast would be saved. In eight hours in the morning, we were at the airport in Jaipur and the driver called the phone, so he said that he is waiting for us outside. When we came out of the airport and realized the weather, it was not as hot as we thought it was. There was a satisfaction in mind that the weather would give it, but somewhere it was also afraid that the day will climb up to the mercury. Once sitting in the car, then the air-conditioned atmosphere. During the lightest talk, the driver started to introduce a little bit of Jaipur and said, according to his experience, before going to Jaigad fort, instead of going to Aamer Fort, we agreed to go according to his calculations. Now, taking a glimpse of Pink City, he took Jaigad. Every city has its own differing feelance, it was only looking at Jaipur. Prior to entering Pink City, there is no trace of trees with clean, dry roads, traffic. At the first sight, this city is Jaipur.

After that we reached the pink city. Look around where there are nearly one-to-one crafts and pink shops. Once in a while, it was as if we were on a set made of Ramoji Film City and it seemed as if a set of cardboards were set up for the film shooting in a village market. Only after asking the driver several times that the shops were true. By the way, the whole thing happened only when we went there and looked at the shops. In the morning, walking around empty streets without crowded hood was a wonderful experience. At the time of returning from Jaipur, it was found that the streets with open roads and open shops were also seen. One thing, the driver told me that there are seven gates here and it was made such that if taken inside the gate then the second gate will come. On discussing about all the colors, he said that the place is the property of the kings of Jaipur and it is necessary for the government to have pink color here. Well, these people have illegally taken possession of these shops, they do not have the registry in their name, then they can not dare to change the color of the shop.

While moving to Pink City, he took us to the Albert Museum. For ten minutes we landed here by car. There was no idea of ​​going in. So, looking forward, we went ahead. The structure seemed to be very strange, but countless pigeons sitting in its premises had four moons in the beauty of this place. Given. We went ahead by taking a couple of photos here. After this the next stop took Birla temple, here we did not even need to get down from the car. The reason for this may have been the sour experience of Hyderabad's Birla temple. While rejuvenating the old memories of there we reached Jal Mahal. The trainer got petrol here and for ten minutes, we also got down here. About this Jal Mahal built by Man Singh, I have heard that it is a five-storey, when one can go, what can be said about the fact in this matter too. The Lake which is built in the middle of it is known as the Leo Lake. If there was boating facility, then this place might have been quite enjoyable but still the best place for the evening to pass the evening.