Of Backpacking, Literature and Royalty 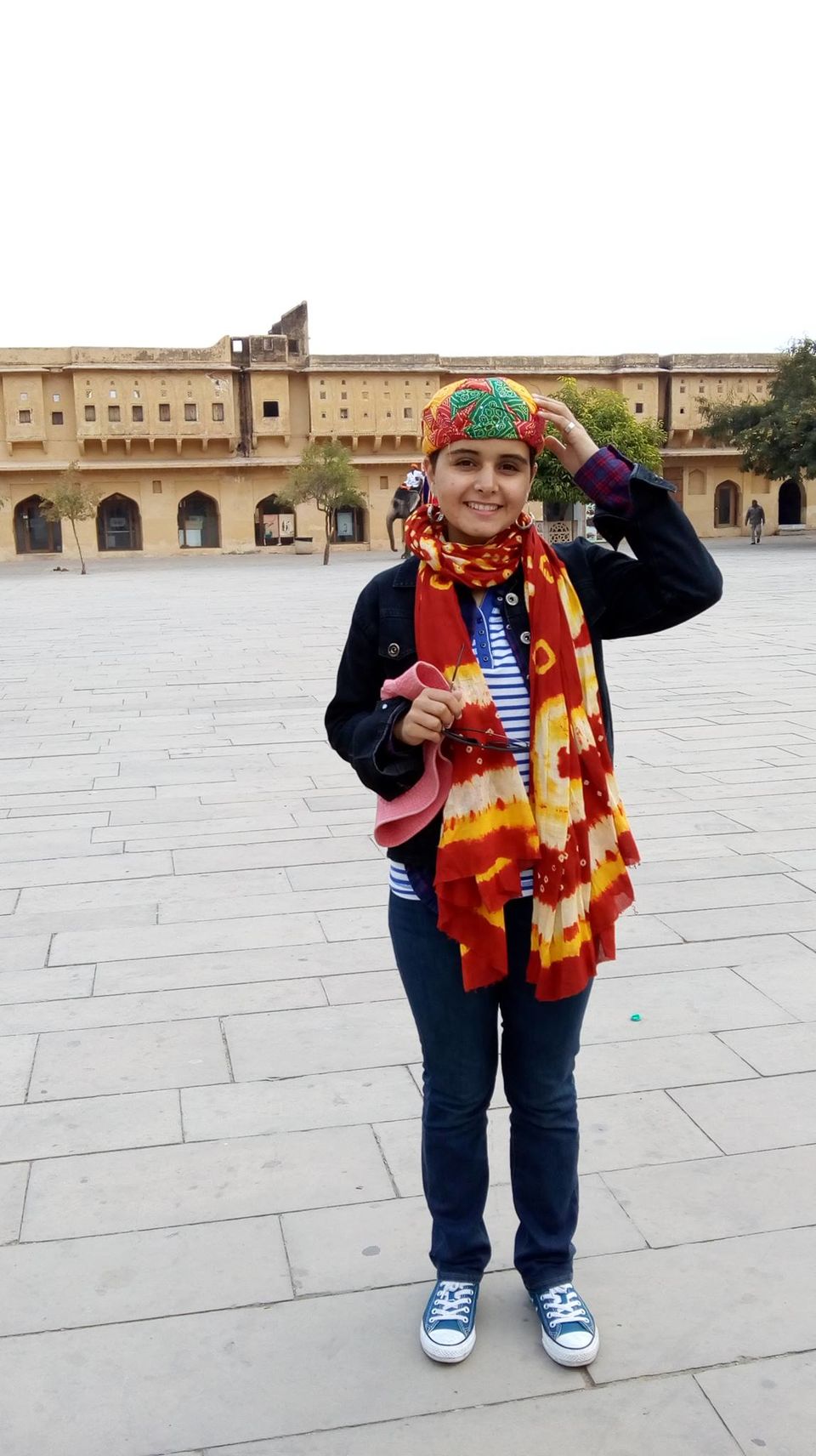 The renowned Jaipur Literature Fest was on its way. The late evening of January 20th, 2017, I and two of my girlfriends started our journey from the deserted streets of the North Campus, Delhi University. We walked all the way to the metro station because there weren’t any rickshaws available. The chilly winds challenged our determination to set foot on this journey. We looked at each other’s frozen faces and smiled. Yes, we were going to do this. See, this is the thing about being young and in college, the crazy low budget travelling ideas are fuelled by the ones around you and that’s how you end up backpacking together.

We reached GTB Nagar metro station and boarded the metro towards Huda City Centre. We easily found seats and sat clumsily adjusting ourselves with the backpacks that we were carrying. We quickly reached Kashmere Gate Metro Station and de-boarded the metro. Our plan was to catch a bus from the Kashmere gate ISBT to Jaipur. We reached the bus station area without buying tickets as we were running a little late. We called out to a bus driver to ask if the bus was going to Jaipur. It was a Haryana Roadways bus and it was indeed going to Jaipur. We boarded the bus, found seats and took a breath of relief followed by excitement filled smiles at our face that we were finally going to reach Jaipur now!

We were carrying some snacks to keep up with the on journey hunger. We munched and chatted and then fell asleep for some time. When we woke up, we could see the rugged hills of the mighty Aravali Range and we knew we were entering the threshold of our destination. We reached Jaipur early in the morning of 21st of January. We were a little tired but seeing the Pink City around us, we were instantly energised. Only travelling has the potential to fill you up with such positivity. Anyway, so our next step was to find a place for lodging. So, we headed towards Backpacker Panda – a backpacker hostel chain in India. We reached there and booked three beds in a mixed dormitory. As an aside, I personally prefer staying at such places while travelling because of two reasons primarily; first, it is quite cheap and affordable yet clean, especially for the students. Second, one gets to meet and interact with people from different cultures and parts of the world. It’s pretty exciting!

So, we kept our bags in the lockers attached to our beds, got freshened up and left to explore the Pink City. During our auto ride to Hawa Mahal, we were just awestruck and mesmerised by the colourful Rajasthani handcrafted things we saw in the markets on our way. Mirrors, colourful embroidery, authentic camel leather, all of it brought our gluttony of shopping till our necks. We did shop for souvenirs from Baba market later on. We reached Hawa Mahal and at the ticket counter we came to know the real value of our college Id cards. Entry for students at all the historical places was really cheap! This just added to our already soaring high happiness. So we took a tour of the airy palace, took pictures and later soaked in all the alive and rich culture that the City Palace (where the Royal family of Jaipur resides) had to offer us. Jantar Mantar was another place that we quickly skimmed through as we had to attend the Literature Festival that same day.

We reached the venue of the Jaipur Literature Festival and got our entry cards from the reception desk. The entire place was lit with lamps, smiles and well known faces from the world of literature from all around the globe. It is a spectacle worth witnessing. The Literature fest committee also organises music concerts which we could not attend because of our low budget endeavour. After hopping to different events within the venue of the Literature Fest, we savoured our taste buds with some Rajasthani delicacies. Post that we explored the Baba market and returned to the hostel. We interacted with people whom we were sharing our room with. It was fun getting to know about the travel stories of these people from different parts of the world. We went to the terrace for some time and sat around the bonfire to absorb the peace that the chilly night had to offer us. Finally, we went off to sleep for the day.

The next day we started off early in the morning to visit the forts of Jaipur. We were cold but the excitement won over. First, we went to Amer Fort. The royalty of the palace surely took us to imagine the era when royal families presided over it. There were decorated elephants for tourists to ride up to the palace. The fort of Jaigarh was on a higher altitude than Amer Fort and was connected to it by an accessible tunnel. We took the tunnel and walked uphill to explore Jaigarh. That was one tiring hike! It was mostly abandoned. We clicked some pictures up there and walked briskly down the hill to quench our thirst with tetra packed Juices. It was afternoon by then. We were running out of time and hence could not visit the fort of Nahargarh. Nahargarh gives you a beautiful bird view of the entire pink city. Anyway, we started back towards the city.

On our way back, we halted to be mesmerised by the extraordinary Jalmahal. It is actually built amidst a lake! Such a wonderful sight! It was the perfect way to end our short but lovely Jaipur trip. We sat there for some time and wished we could stay a little while longer. However, we had to leave by late afternoon for Delhi in order to reach before midnight. So, we had lunch and checked out of Backpacker Panda to board a bus to Delhi. After boarding the bus, all three of us looked at the pictures on our phones and relived the moments spent in the Pink City of royalty. It was an enthralling and rejuvenating experience, I thought and smiled.