Chandigarh:The First Planned City of India and its Attractions 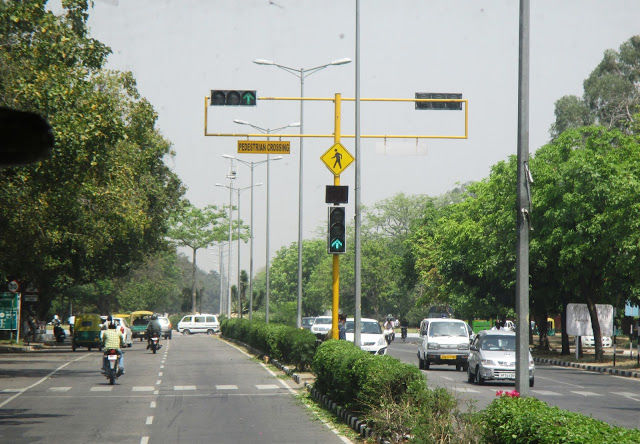 The form of Durga Maa comes in the cities of Chandigarh, North India, in the name of Chandi Devi. Where on one side it is known as the Union Territory of Punjab as well as the combined capital of Punjab and Haryana, on the other hand it has gained prominence in the form of India's first assured city. In the foothills of the Shivalik chains, this city meets modernity as well as the confluence of mythology. Due to its mountains, many times I feel that if there is a place where there is a place of bread, then leave the life of Bhagmabh land. When you feel that cold air is going to walk in the hillside and everyone is familiar with the taste of eating Punjabi. After the partition of India, Punjab needed a new capital, then French architect Lee Carburgeier laid the foundation of Chandigarh with the help of a skilled scheme in the year of nineteenth century. Sector one from Sector Satlis was completed in Chandigarh. , From which the number of thirah's number has not been given place. Apart from this, the shady trees imposed on the roads are roaming the passers-by in every season. Because the trees have been planted in the form of two to three rows along the roads, so that some tree can give shade in every season. In addition to this, the construction of Artificial Lake named Sukhna Lake was also done for the purpose of cooling along with cold air. There is no such example in the case of hygiene, here it is. There are many sights in Chandigarh itself, but besides this it is also known as the entrance of many Hills Station. If someone has to go to Himachal, then what is the junk that he can leave Chandigarh? Therefore, it is imperative to look at this planned city as soon as possible. Chandigarh can be reached in every way by the capital city of India. It takes about forty-five minutes by air route. By train and bus also reach in more than five hours. Sometimes plans were made to come here, every time there was some disruption and could not come. In some way, when we came to Himachal in May of this year, we took out a few hours to see Chandigarh. The main sights here include the Sukna Lake, Rock Garden, Pinjore Garden, Rose Gardens and some museums.

On May one we sat in the Jet Airways flight from Bangalore to Delhi to go to Chandigarh on one o'clock in the afternoon. Who, after a brief stay in Delhi, landed on Chandigarh land on five to five in the evening. During this, we got lunch and evening snacks for free by airline. The sight of the airport was great, because the look of the airport was great, as it looked like a glass building on the outside, but in view of security, photography was not allowed here. Here we go out on foot. When we got out of the airport, six o'clock was about six and we had just ten o'clock. To catch him, we had to reach at the bus station on Sector-forty-five at 9 pm. If food was found in the flight, then there was no question of eating more now. It meant that we had two hours of time in which we could roam comfortably without any tension and there must be some place to sit. Looking at the time of the evening, we decided to go to Sukna Lake on the Sector One, which is located about a hundred kilometers away from here. The way to go was again our old companion Ola Cab. The reason was also a tremendous deal that we took when we went home last year. In those days Ola Company was new and the offer had come in as much money as the customer in the wet wallet would give the same amount of hail. And along with this, if you pay with wet wallet, then the cost of the trip will be half. At that time we had put three thousand rupees in rupees, which did the final work of ten thousand rupees. Since then we have been taking advantage of this opportunity. It was amazing that such an offer did not come back again. Well, it was a matter of offer, in about half an hour we reached Sukna Lake.

The construction of the Sukhna Lake in the area of ​​three sq. Km is also an outstanding sample of Carbohydr's insight. They constructed this lake by constructing a dam on a rainy drain, which benefited from two ways. First of all, the spread of rain water in the city stopped and the second was that the townspeople got a fine picnic spot. It got enough space for jogging in the evening and if you sit here in the evening then you will have a good sunset. It is a very good place to spend time for tourists, where there is no money to go. From the main place to the lake, the slope is a steep road, with hundreds of pedestrians sitting on the boat and watching the hills behind with the people. There was a seat for four people in the pedal boat. If two people were to sit, then if there was a group of four hundred rupees per person, then per person was fifty rupees and the duration of the boat was half an hour. Tickets are to be taken before 6 o'clock. In addition to this, if a person is interested in driving, then he can also measure the walk along the lake. We did not have such an idea, so sit here for a while and take a photo and take some photos. After sitting here for a little while, we went to comfortably sit in the park on the other side. Great green grass and shady trees surrounding it