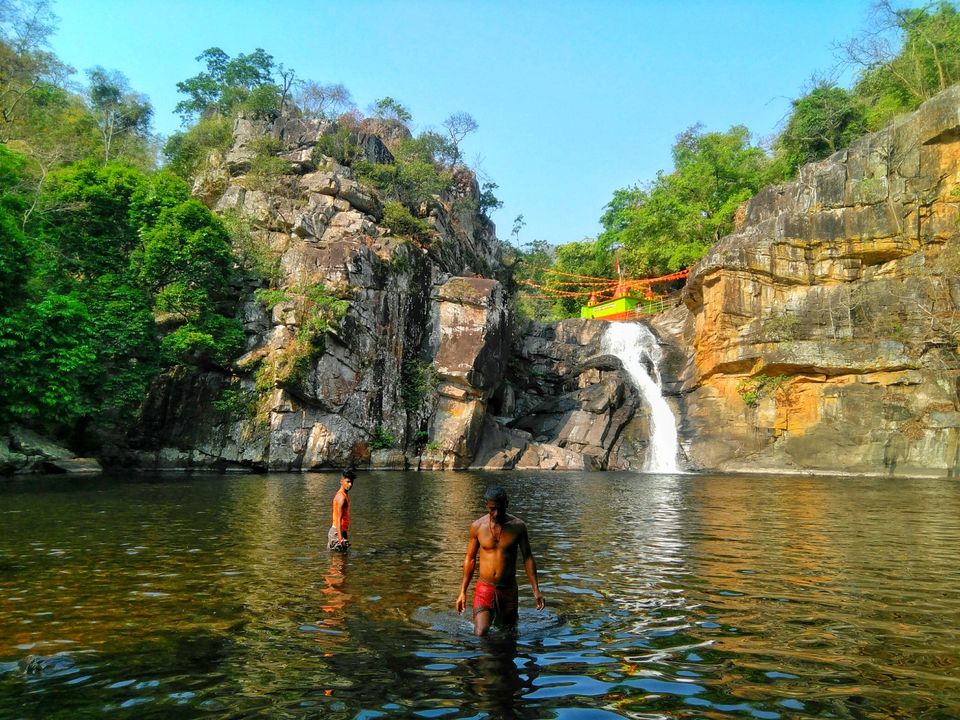 To see my Travel video...go to YouTube and search Arijitology

11 april 2018 we are 6 friends started our journey on my two wheeler from Kolkata Barrackpore,
At 6 am I leave my home and headed for Dunlop dakhineswar more, there is our common meet point my other friends are waiting for me and after reached we took NH6 (kolkata - mumbai highway) 80kms after at Kolaghat we took breakfast then again starts riding towards to Kharagpur, there was a intersection before Kharagpur 1 highway is for Oddisha,Chennai and 1 is for Nagpur,Mumbai, we took oddisha one then after reaching BELDA we took right through a village, the Red soil roads looks awesome, the tyres covered with red dirt, after 2 or 3 km we reached Kurumbera Fort (Check it on Google about Kurumbera fort).
After sometime exploring the fort we were leave the place and go for Baripada, Baripada is nearest town of Simlipal national park. So the we are used google maps two wheeler mode and that was our a stupidity work, because two wheeler mode gives us most shortcurt road but also worst roads, so same thing happened with us, there was bad roads with mud,constructed roads etc. Anyways after sometime we had crossed a large river called Mayurakhi river, but it was waterless, and then the WEST BENGAL border ends ODDISHA starts, sign board's language was changed, people was changed, and thats the beauty of India, when you cross a state you will arrive a new world.
After a long 260 kms of journey at 2.30 pm we reached at Baripada hotel Ambika, rent was cheap enough only 565/-, we took lunch from hotel's restaurant, about 110 rupees then explored surrounding at afternoon and at night we go for Dinner, at a different restaurant close to the hotel, thats also cost about 110/- so the food will be available typical north and east India, and price also cheap, and Shocking was a thing that all market and resident area gone for sleep before 10.30pm only 2 restaurant was opened. And we also go for sleep 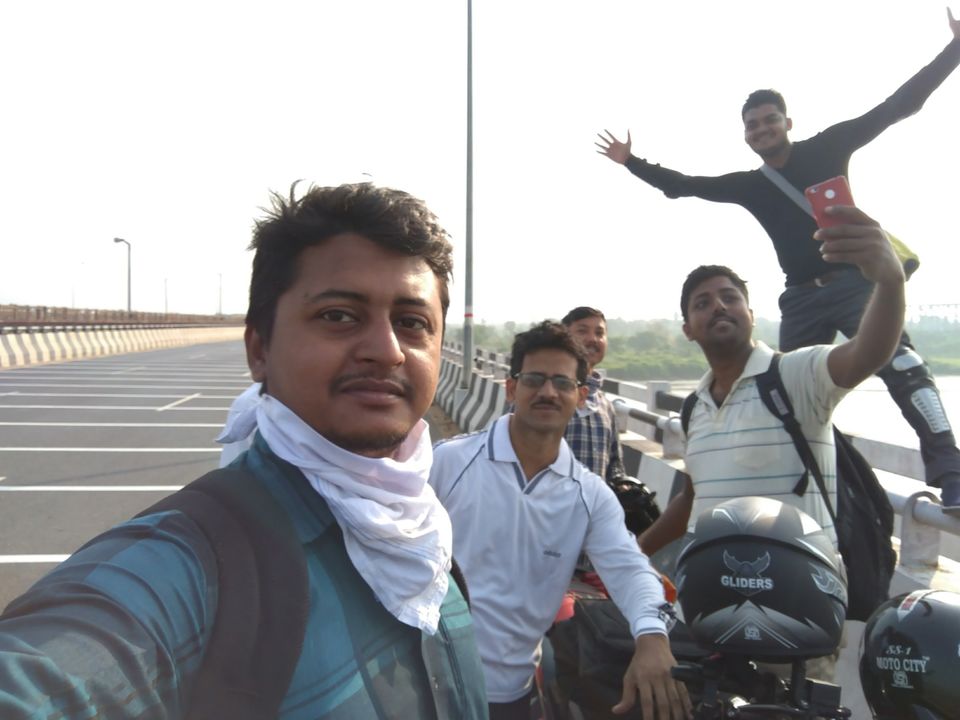 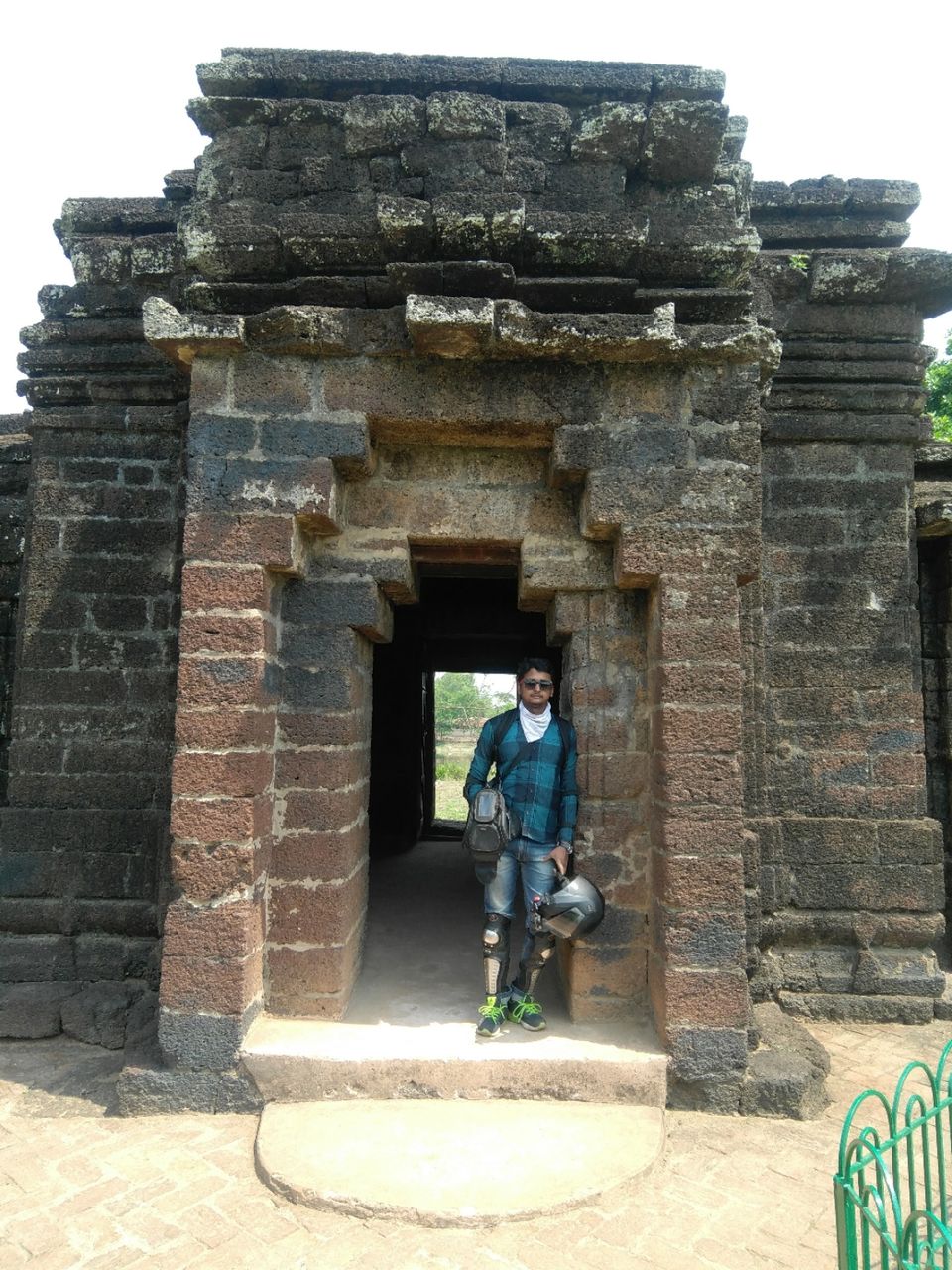 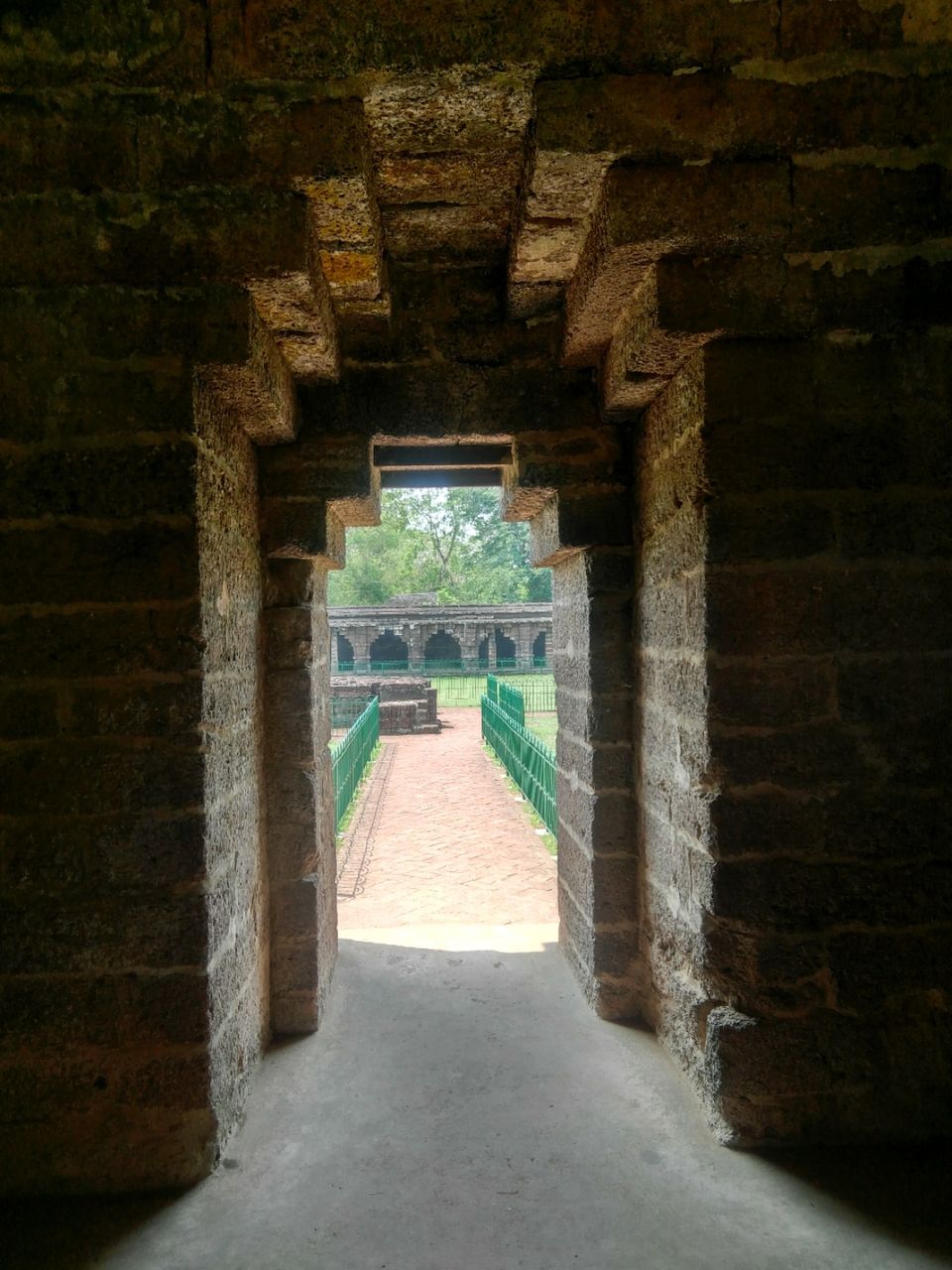 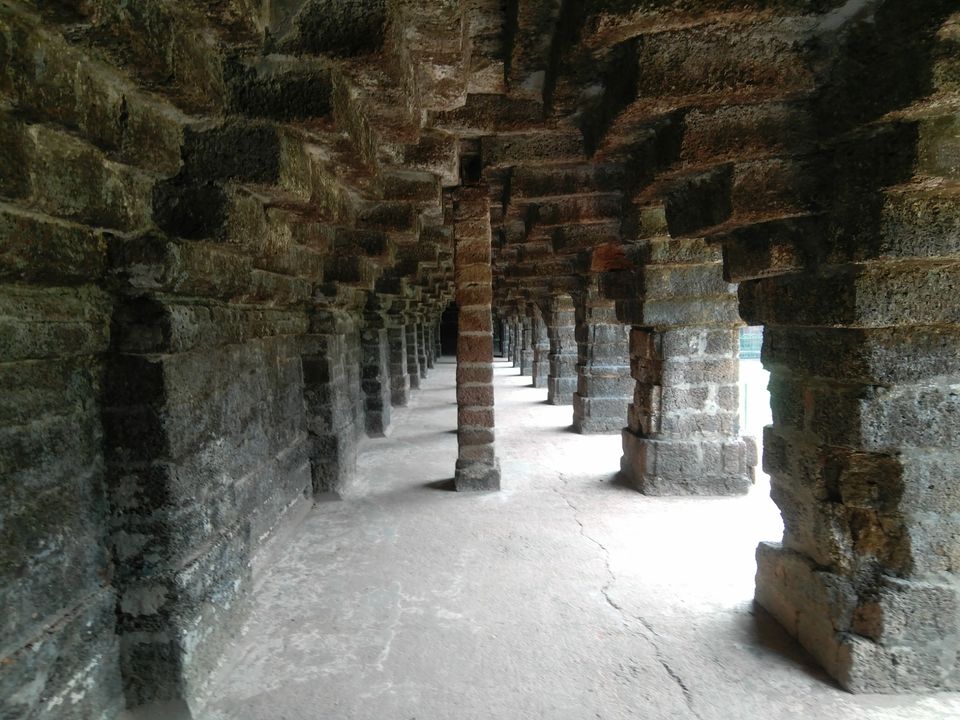 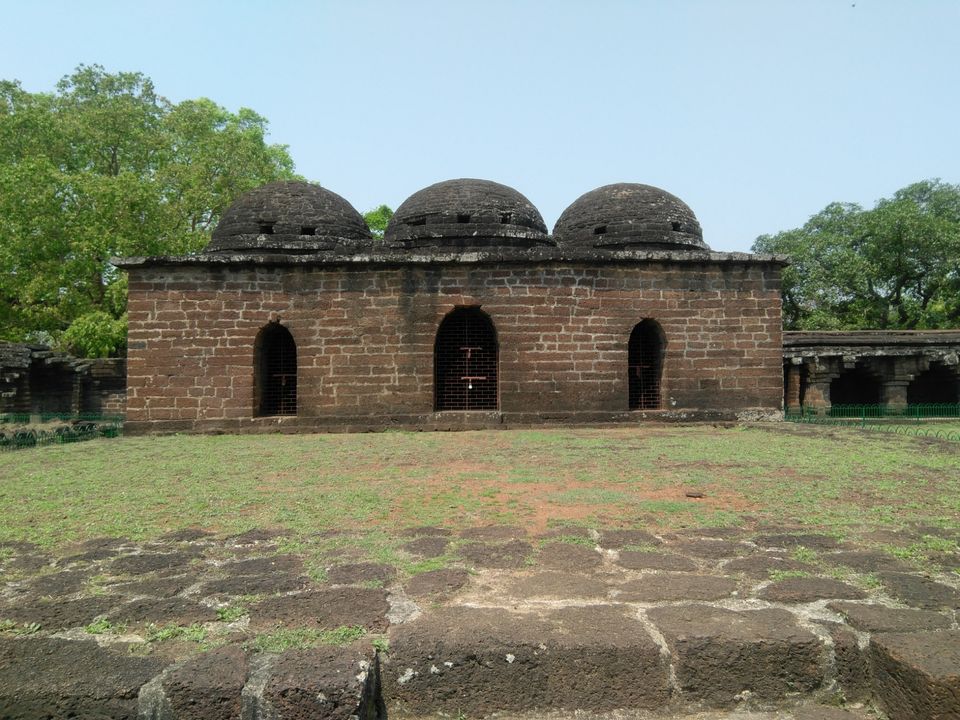 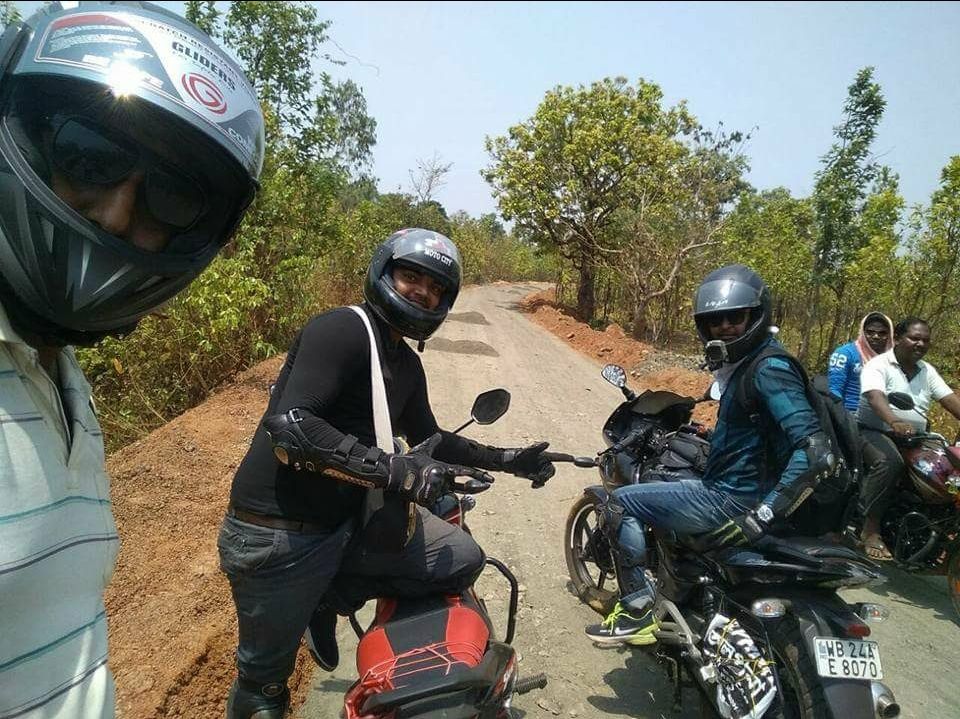 Our accommodation with only 565/- 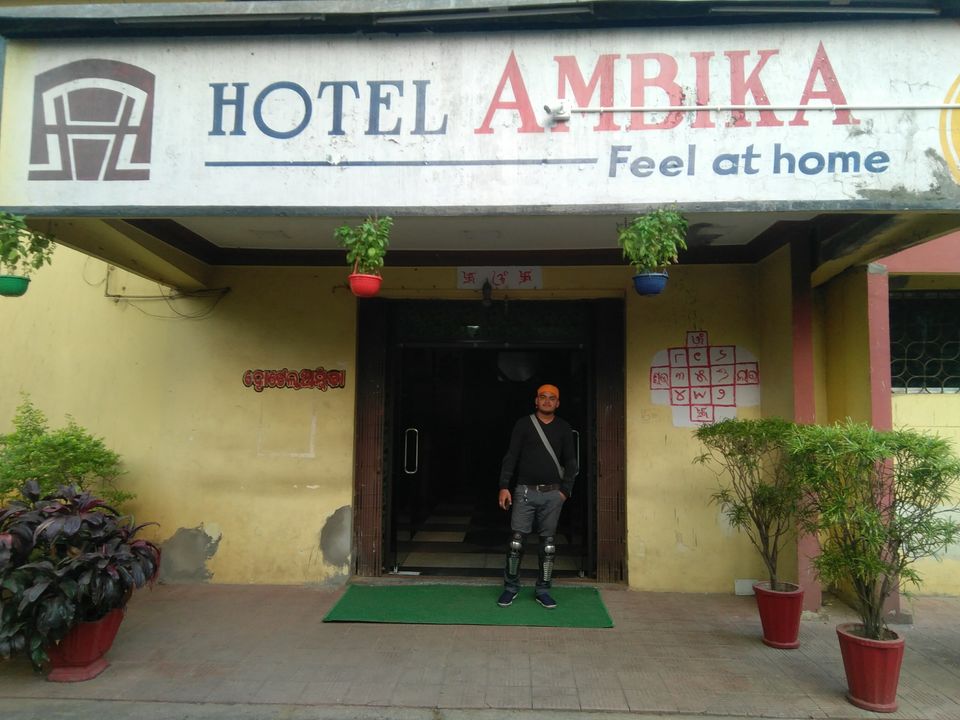 We woke up at 5.15 am and getting ready to leave the hotel and go for the Devkund jungle and Waterfall. We leave the hotel at 6 am, and refuled my bike about 7 liters of petrol, but the petrol price was cheap at oddisha by 4 rupees ( previously also i have took 7 liters from kolkata) so i have a pillion we divided the petrol price, and per head cost about 640 rupees. After some kilometers we had took right and going through a tribal village to get reach Devkund, and the road are have super twisty, and before 5 km there was a checkpost, so we have to take a challan, and filled up name,city,bike no. And have to give 10 rupees for the challan permit, so gate was opened for us to go, wow suddenly we have realized we are alone now into the forest, little bit spooky place, but after 5 km we had park our bikes and did TREK also to get reach, and when we are trekking we saw Indian giant squirrel, much bigger squirrel than the regular one, anyways we had at last reached the Devkund falls, and had some shower in the falls, so 1 hour later we leave the place and gone for our home towards to Kolkata, believe it or not from Devkund to Gopiballavpur the roads are superb but when we entered NH6(KOLKATA - MUMBAI HIGHWAY) we are exhausted, because the roads are constructing, and could have been now also (i'm not sure) 60 kms we are rode very painly and hard, we took 2 breaks for the 60kms, temperature was around 35deg. After Kharagpur the 6 lanes are started and we ran continuously for KOLKAGHAT. After reaching Kolaghat we took Lunch patiently, suddenly we saw coulds are getting darker, in 5 pm we leave the Kolaghat and after 1.30 hours reached at Barasat to leave my Pillion friend Ajay, and i reached safely to home at 7 pm 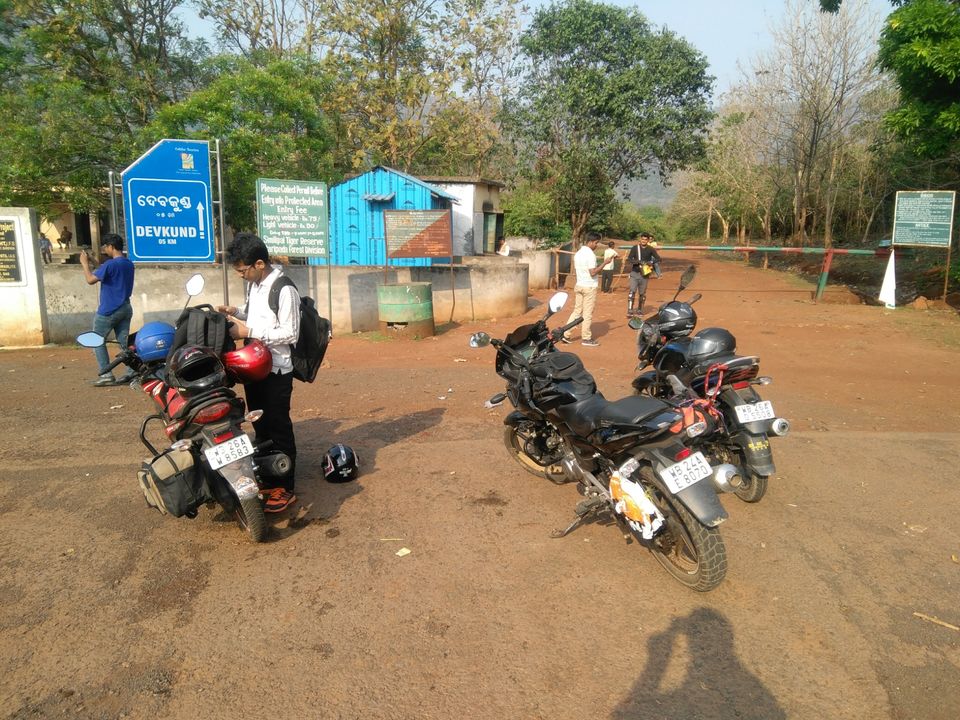 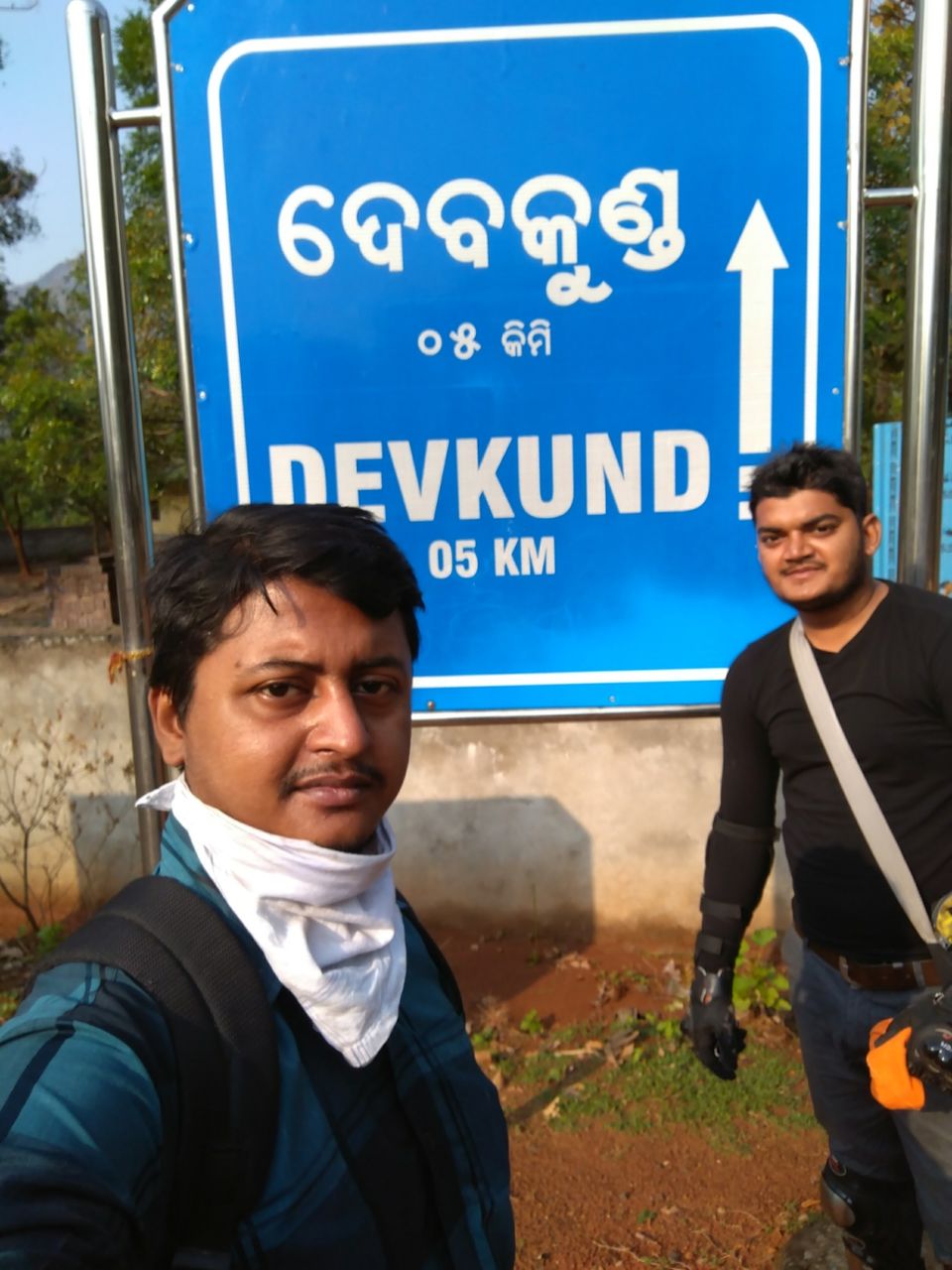 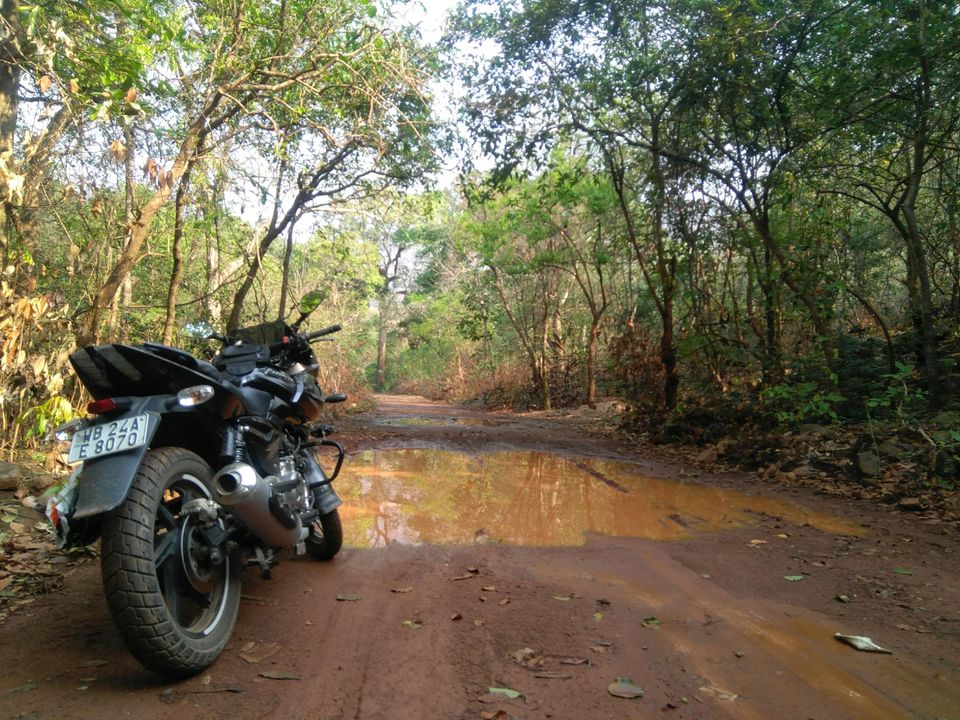 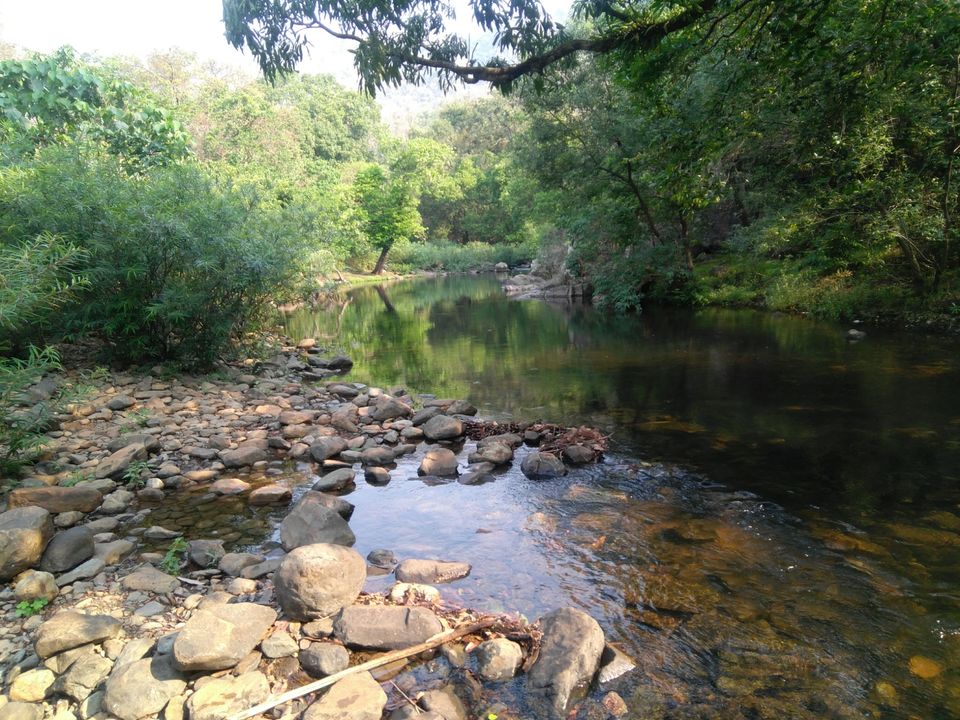 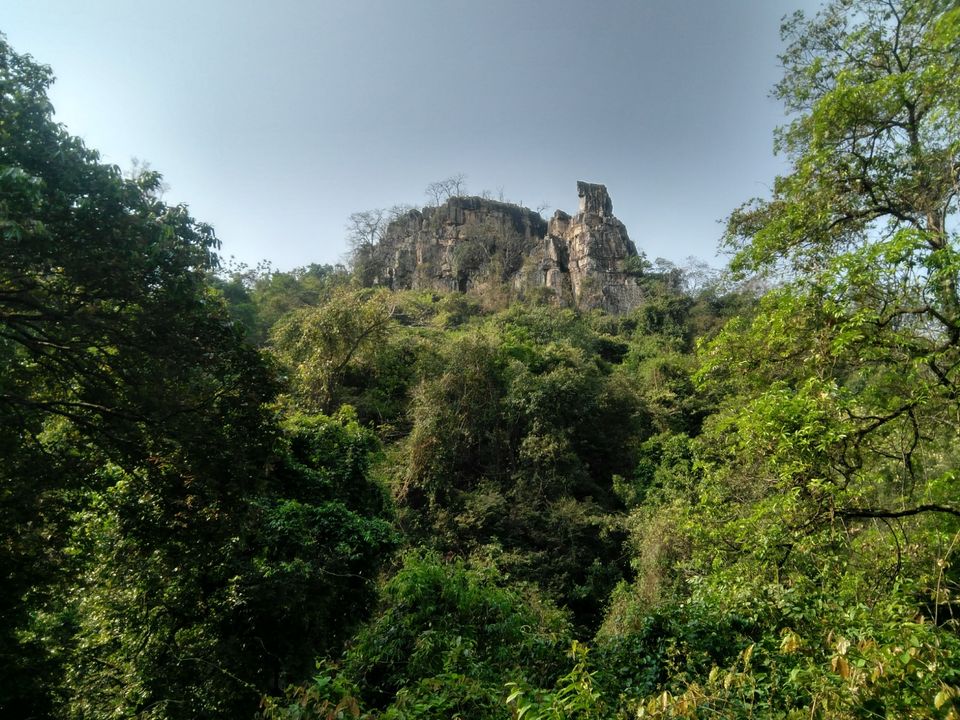 Devkund fall and a Temple (upside the fall) 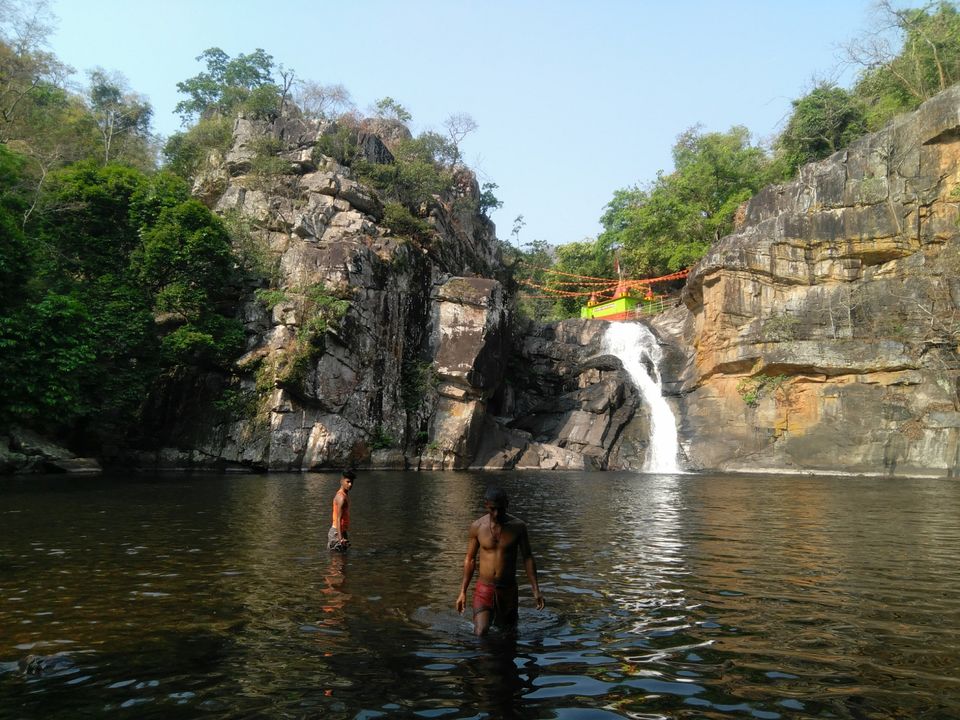 We have to trek 1.5km to get reach 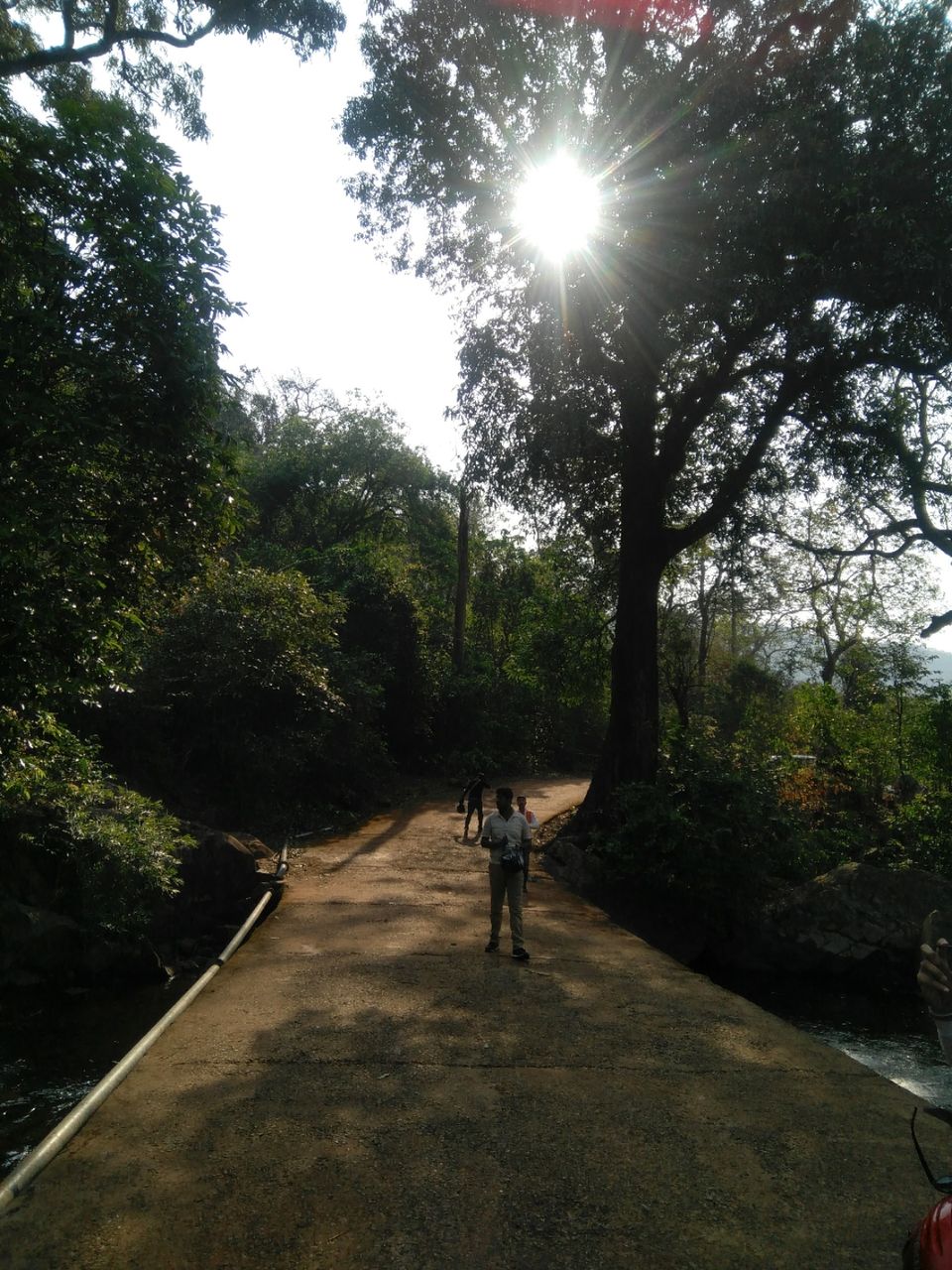