New year had just waltzed in and it was almost a year since I had completed my post- graduation and was actively involved in anything. I called up a friend and instantly made up a plan to travel to some nice place nearby as we had a few days on our hands and nothing to do. I and my buddy packed our backpacks for a 3 day trip to Agra to see the Taj Mahal and Agra Fort. We decided to take the train instead of the bus as it only took only a few hours on a train to reach there. Although, the new Yamuna Expressway (opened in August 2012) has reduced the travel time by road from Delhi to Agra to under three hours. Alternatively, you can fly from major Indian cities, or take a tour from Delhi.) On reaching Agra Cantt. We were excited like little kids. After all it is one of the 7 wonders of the world. We took an auto which dropped us just a mile away from the Taj. The place wasn't that clean, but it improved as we marched further towards our destination. The authorities responsible for cleanliness could definitely do a lot to ensure the cleanliness in the areas near the monument that is part of our national heritage and a UNESCO World Heritage Site. It was disappointing to see the state of the place nearby one of the seven wonders of the world.

A little further on the  way to the Taj, we were a little surprised to find camel-carts welcoming the tourists. Camels are usually found in Rajasthan, but it was nice to see the festivity in the atmosphere even on an ordinary day as the camels and the vehicles were decorated. After getting our tickets we proceeded towards the entrance gate. I'll be honest, I was less than enamored when I saw the Taj from 200-300 meters distance, but as we approached the monument and saw it up close it was clear why the Taj Mahal, built by the grieving Mughal Emperor Shah Jahan in memory of his late wife Mumtaz Mahal, is regarded as one of the seven wonders of the world. There were plenty of guides hovering outside the Taj to take the visitors down the memory lane. Although they could do with a little lesson in manners as they virtually impose themselves on tourists. Entering the Taj, the proof was there for us to see why it  is regarded as  the finest example of Mughal Architecture. The grand monument against the backdrop of azure skies above was mesmerizing to say the least. We didn't need a guide as we had our Smartphones at the tip of our fingers to find any information we needed. A considerate old fellow present inside the Tomb sensed our curiosity and advised us to keep the Smartphones back into our pockets as he went on explaining the history of Taj. It was made out of marble and took 22 years and 20 000 workers to complete." After the long lectures on the history of this grand monument and insistence on paying attention to the Calligraphy  and other details on the walls and inside the tomb, we showed our gratitude by thanking him and took some time to take the pictures and see the banks of Yamuna river while imagining what a majestic river it might have been in the past. There was an unexplained serenity with an uneasy calm to  be felt as we stayed there for a few minutes and just witness the grand architecture. As the time was passing by we had to turn back and look for a place to stay for the night.

We stayed in a hotel nearby for the night. It wasn't a fancy place to stay, but we had no option as our budget was limited and we did not want to miss seeing the Agra fort since we were already there. We paid rupees 2200 for 2 nights stay. The food was average. The rooms were clean and functioning. Though, it was crazy to see the monkeys jumping on the rooftops. The waiter scared them away. The next day we headed towards Agra fort. The entrance to the fort was impressive and the gate was huge. But to our dismay, we were informed that some paramilitary forces had occupied a large part of the fort and the visitors were allowed to see only certain sections. Diwan-i-Am (Hall of Public Audience), Diwan-e-Khas, decorated columns, the well inside where a secret passage to Delhi is built etc., were some of the things we were fortunate to see. The fort is no less a monument and has historical significance. It was a walled city and it was easy to gauge why it was considered to be so. It was the Mughals who built the present-day structure , though a fort had stood there since at least the 11th century. There is a lot of history behind this fort, but I will not bore you with the details as the information is available on wiki pages. We were wondering how much time it would have taken us to see the entire fort if it was open for tourists.

As the evening approached we headed back to our hotel via local markets. The next day we reached the station and took the train to Delhi. Today we still reminisce the mini trip we took but I clearly remember that, though the monuments are worth a visit, don't expect anything beyond that from the city.

P.S. The Taj Mahal is closed on Fridays.

Up close you would understand why it is included in the list of the 7 wonders of the world. It is one of the universally admired masterpieces of the world's heritage. Taj Mahal is also included in the UNESCO World Heritage Site. It took almost 11 years for it to be built and thousands of artisans and craftsmen. It is definitely worth a day's visit. 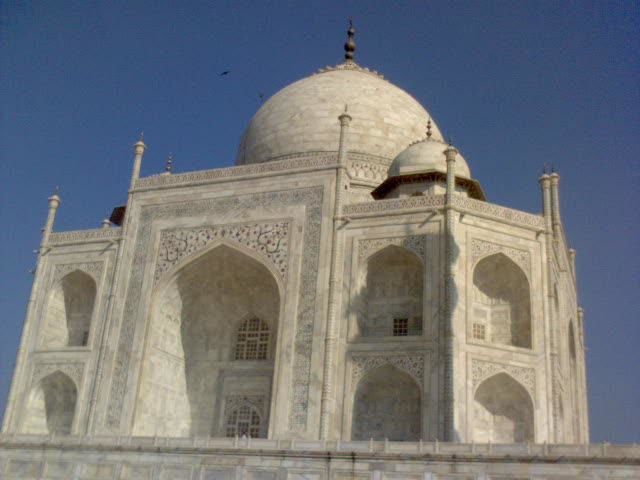 There is a long history behind this fort. In terms of architecture , the fort is a delight to explore .Other attractions are the Amar gate which was formerly knows as the Akbar gate before the Britishers changed its name. The main framework was in place since the 11th century but the Mughals are responsible for its present day shape. There is Diwan-e- khas, diwan-e-aam and other sections in the fort which are enough to trigger a persons imagination and wonder how life would have been the bygone era. The fort is also included in the world heritage list for a reason. Need I say more? 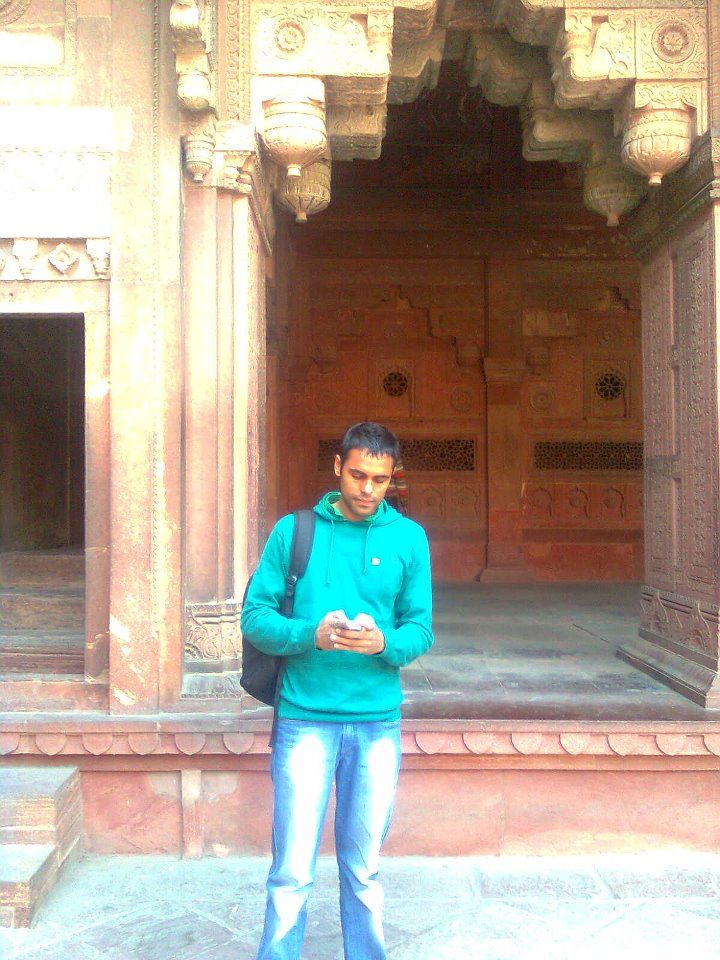