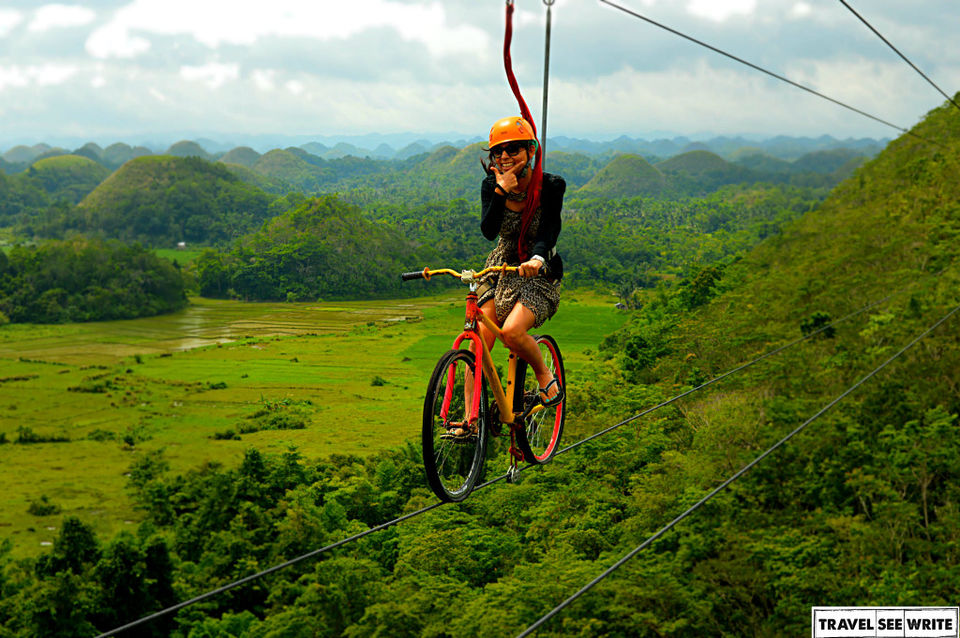 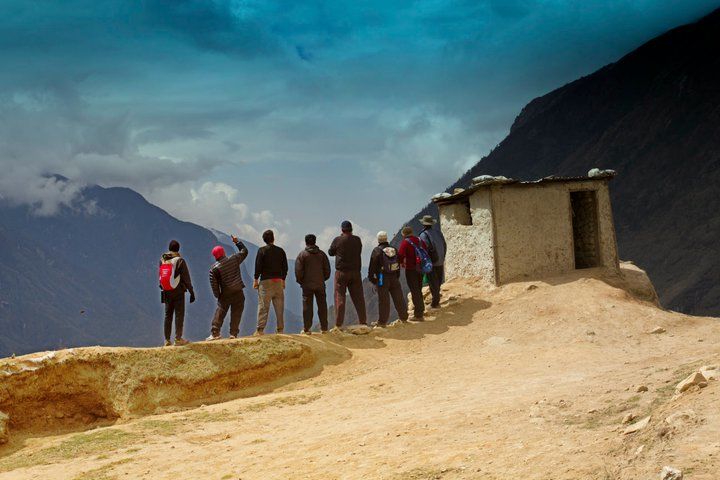 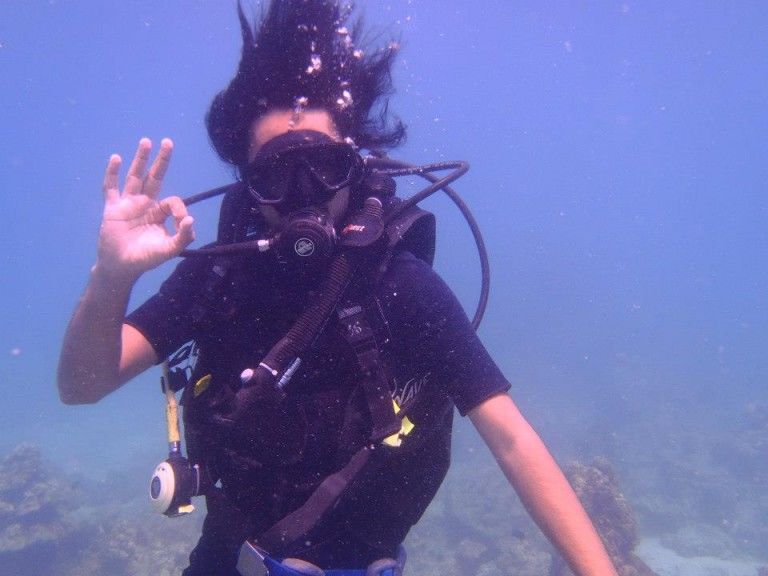 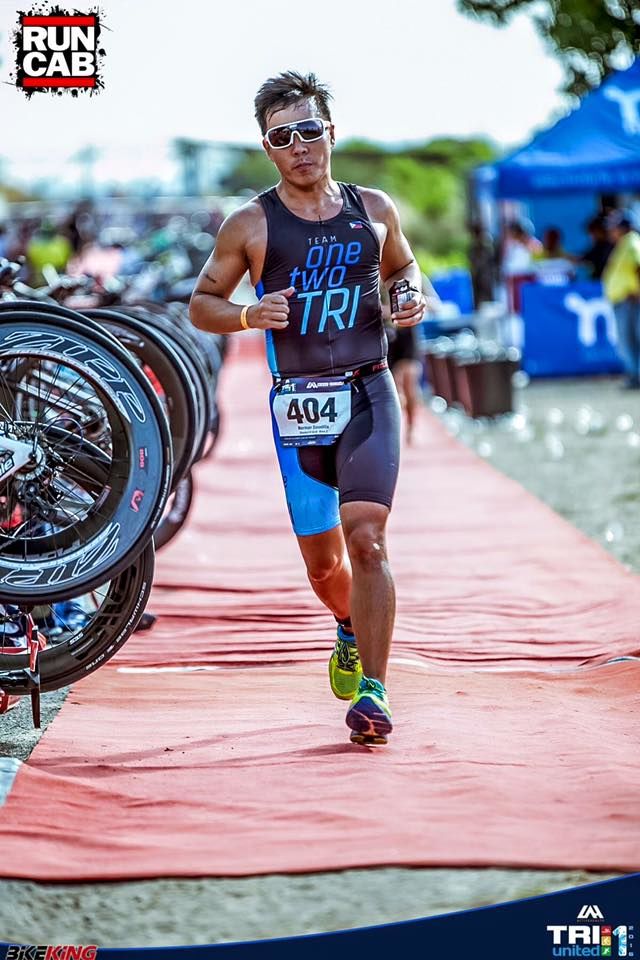 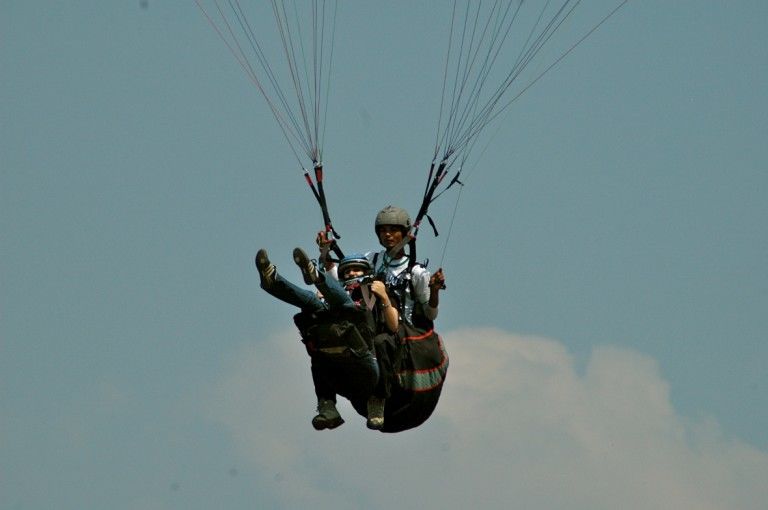 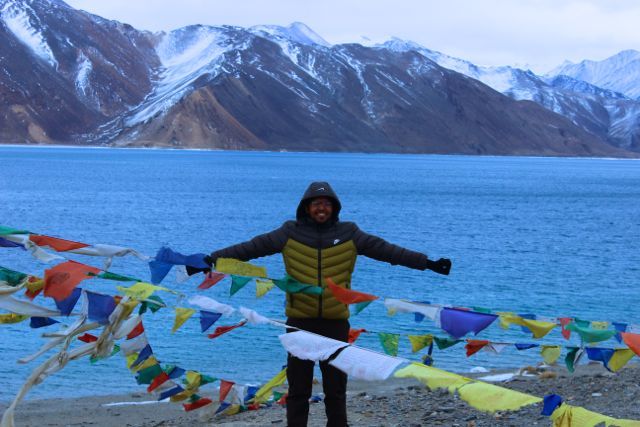 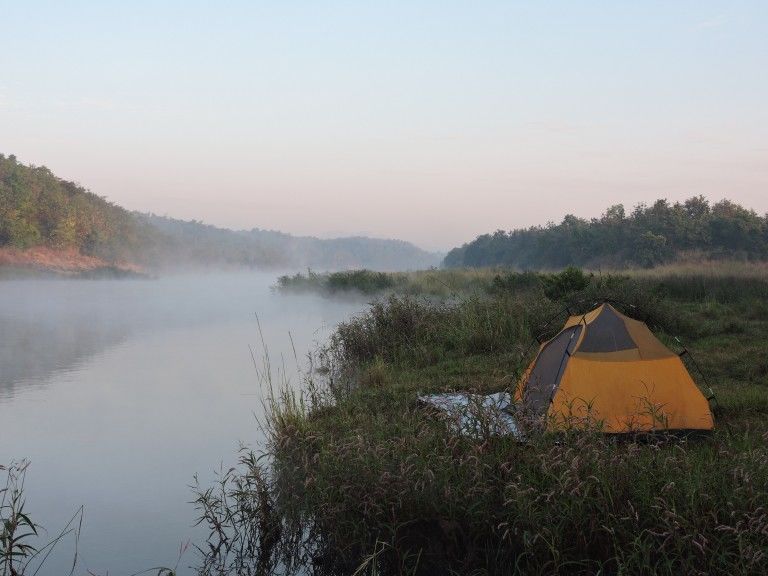 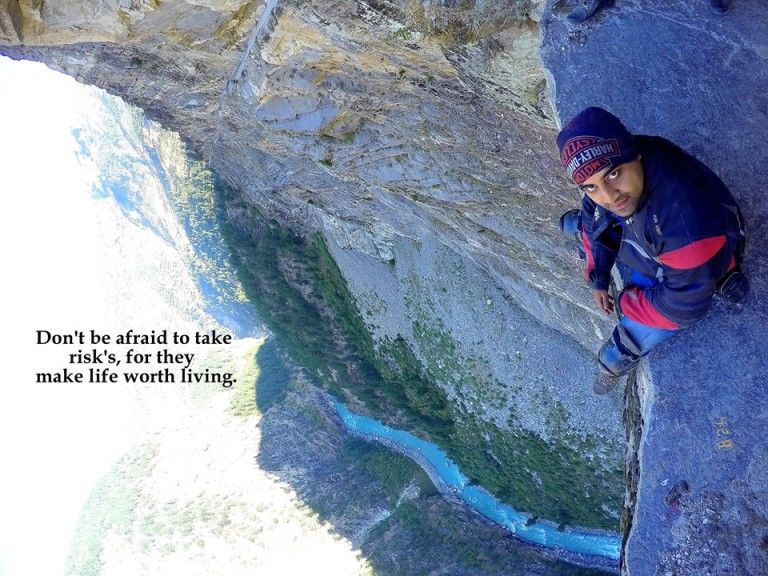 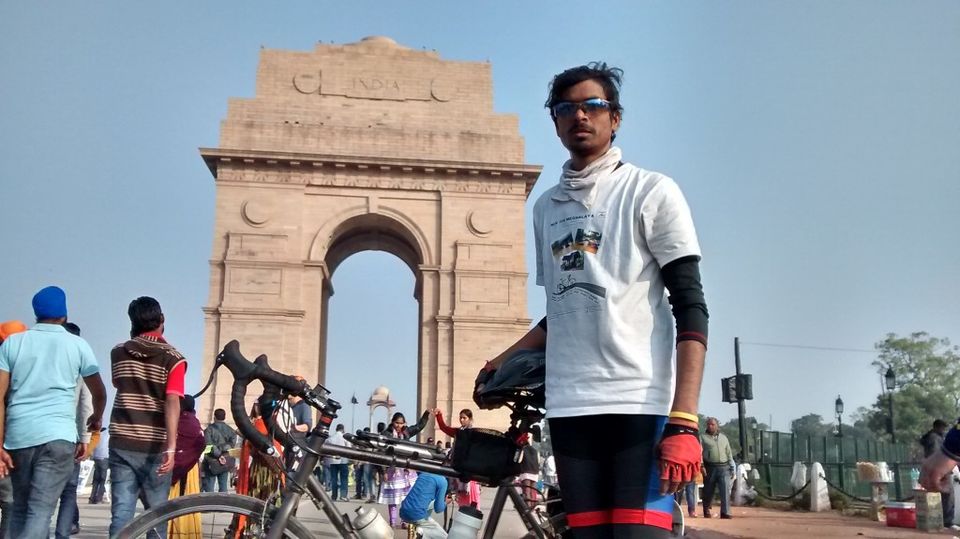 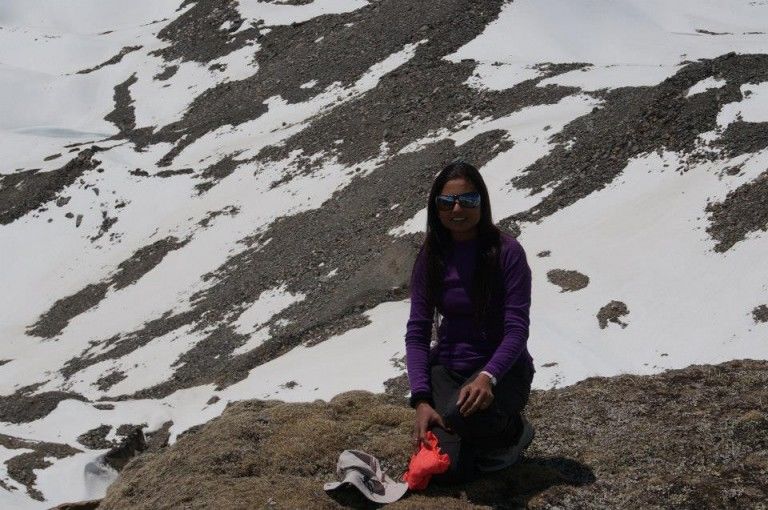 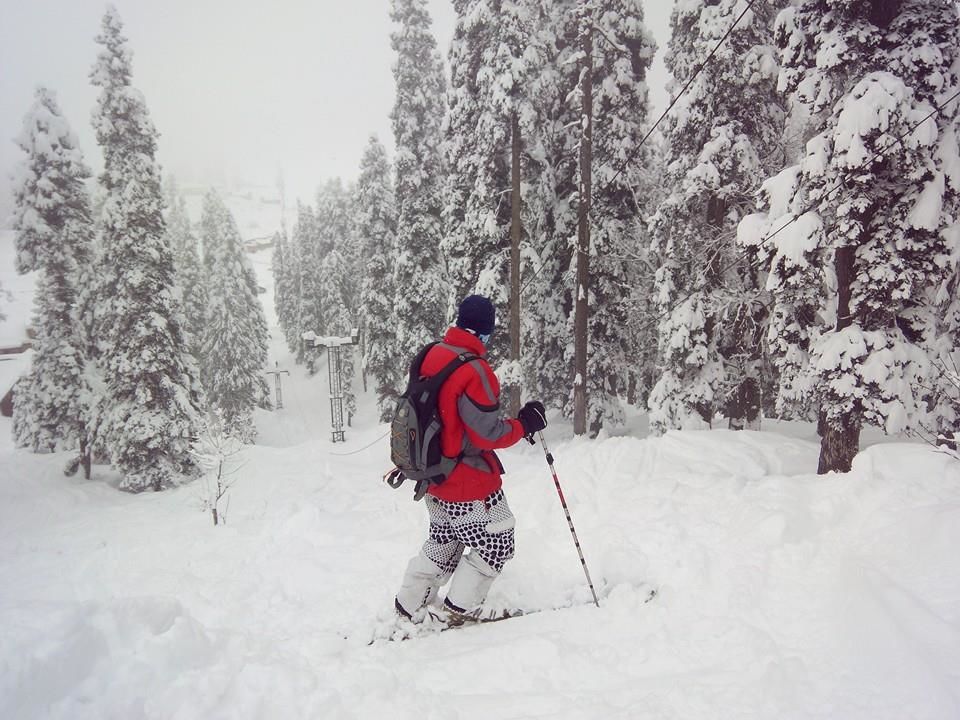 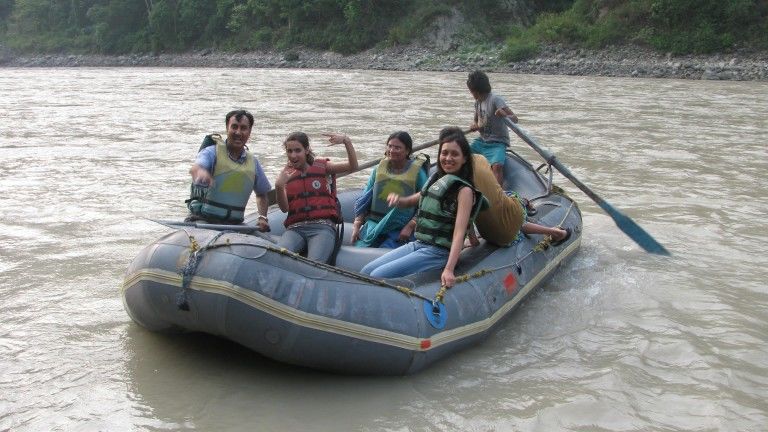 There are no right or wrong ways of life. Wrong and right are two sides of the same coin. It is all about perceptions. What might be normal for me might be too risky for someone? People who dare to walk on unusual paths are either termed as mad or adventurers, a more glorified term for the former. So what is it that keeps them going? Is it in their DNA or is it something acquired? Is it escapism or trying to establish one’s superiority over others? Is it self-improvement or is it just unplanned fun gone extreme?

Reasons could be aplenty. Some people are turned on by the thrill of exploring the unexplored. Some people love the adrenaline rush, and they gravitate toward activities that give them that feeling. For some it’s taming the untamed waves of rivers, for others, it is jumping out of airplanes, for others it's climbing Mt. Everest, and for others, it’s the Ironman. When they find that sport or activity that gives them that feeling, they say there is nothing better. It becomes their go-to partner whenever they are in a need of some push or are just plain bored. But what exactly are the motivations behind this ever-growing craze for adventure activities or sports?

This article is an attempt to understand what motivates people to choose adventure. Although I am myself a huge adventure buff and could have written this article purely on my, experiences, I chose to interact with fellow thrill seekers to delve deeper and find out more about this animal called adventure seekers.

Here are the 11 motivations of adventure seekers that drive their adventure plans:

Neil an amateur trekker and Jungle enthusiast recounts his experience of how unknowingly he ended up trekking the Mt. Everest Base camp,

Without knowing what Everest is, I planned a trip with 10 of my friends to Everest base camp. We went there just like any other random trip without any preparation. Most of us did not even have basic woolens. We bought everything at Thamel. Kathmandu. Call it our youthful arrogance or careless attitude we didn’t even take insurance. While trekking we realised that this time we stretched the envelope a bit farther. Most of us were sportsmen at an earlier part of life; hence we managed to trek up to two camps. But just below the base camp, one of us fell sick. He turned blue and black, started vomiting. The guide told us if he does not lose altitude immediately he will die. It was 12 in the night. We were all dead tired. Had no strength and this guy was in real bad shape. Somehow we managed to get a horse for which we paid 10k for 1.5 km trek down at night. The sick friend and was accompanied I to go down. Next day he had to be airlifted ten for which he paid 5 lakh rupees. Wish we had taken the insurance. We did complete our trek, but that incident taught me an important lesson – never to take things for granted. However, it did not quench my thirst for adventure sports. Rather it inflated it. I love adventure sports because Allows me to stay outdoors.

Sudeep, a social media specialist by profession and a traveller by passion says,

I can’t swim but always wanted to explore the sea and do scuba diving. So one day without thinking too much about my fear of the sea I let my adrenaline rush take over me and booked my Andaman trip. It was one of the best lifetime experiences I ever had, where I went up to 50 feet under the sea and saw the beautiful underwater world. Initially, I was scared of putting my life in danger, but once I was deep inside the sea it was all totally worth it.

Norman, an ironman who completed the triathlon, says,

Adventure sports are not Initially, full of people. There are only a handful of people who have the ability to train for and accomplish this feat. While competing in a group of elite athletes may bring money, fame, and glory, most importantly it brings a healthy dose of respect. The key motivation for me is rediscovering one’s self over and over Sometimes you outdo yourself, sometimes not, but every time you discover your new YOU!

Shawna Grapentin wrote: ”An adventurous life does not necessarily mean climbing mountains, swimming with sharks, or jumping off cliffs. It means risking yourself by leaving a little piece of you behind in all those you meet along the way.” I completely agree. But sometimes jumping off cliffs can be fun too. So above the terraced valleys of Bir and Billing in Himachal Pradesh, I went paragliding for the first time, flying over the Himalayas with my parachute and getting an aerial view of this country I love so much. Now is a great time to try it, for it is not as popular (and hence crowded), and you could be alone above the mountains and monasteries of these charming villages!

Siddarth, 30-year-old cyclist and a high risk taking professional who dreams of making a big mark through a startup says,

Choosing to trek chadar despite multiple warnings from my family has been a high point. I have always lived a comfortable life, and it was the time that I challenged it by going to the rooftop of the world, at -30 degrees, walking on frozen rivers, trekking the mountains and being one. Every adventure not only leaves you spellbound but also leaves you with lingering memories of the place and the people that you meet. Meeting new people and sharing their experiences is an adventure itself. The clean, crisp air does help flush unwanted memories and leaves you rejuvenated.

I love adventure sports because there’s nobody between you and nature. And secondly, you can set your own limits. But it wasn’t I was an adventure enthusiast. It was a coincidence borne out of motivation to kill boredom. My hostel was surrounded by three mountains in Nashik, and there wasn’t much to explore around that’s when I started exploring the mountains and the rest is history. Now adventure travel is a part of me.

Take for example Rahul Kumawat, who works as a diagnostic designer at Renault Nissan India in Chennai and who undertook a cycling journey from Chennai to New Delhi to champion a social cause. He says,

As it happened with Vishal Bansal, A Himalayan enthusiast. She says,

I love mountains and I got into trekking accidentally. I had always felt something pulling me whenever I was in Mountains. But never quite understood. However, my great Lakes trek was a turning point. I suddenly had the realization that this was where I belonged. I broke down and cried when the trek got over. Adventure travel makes me push my limits, helping me to understand myself better. And in real life when faced with difficult situations I try to draw a parallel from my trek experiences.

Nayeem, who is a Ski instructor at Gulmarg says,

I love skiing because it gives me an opportunity to meet interesting people from different parts of the world, which I would not have met if I was in some other field. Recently I trained Bollywood personalities like Sharman Joshi. It was fun seeing them in the real life.

Astha, a student who is a big travel enthusiast, echoes the same thoughts. She says,

I always loved adventure travel since I was a kid. My dad loves adventure travel, and he would encourage us to be not afraid of, and he made me tough. Whether it was swimming in the river or going on a road trip, he was always game for it. Whenever I wanted to travel he always made it happen. There were a lot of times when I would share my desire to travel at night and next morning we would be on the road.

These were my humble attempt to find out an answer to what motivates the adventure enthusiasts. What is your motivation? Why do people keep pushing the envelope to more extremes, never feeling satisfied with their last conquest? Looking forward to hearing from you.

This post was originally published on TRAVEL SEE WRITE