My First 'Me' Trip

For a 17-year old girl coming from a middle class conservative family, travelling alone is much of a taboo. But when when you have fallen head over heals for travelling then nothing seems to matter. One fine afternoon, I picked up my bag, put on my sneakers, plugged in my earphones and was all set for my journey. Monuments have always fantasised me. That very feeling which arises on seeing ruins, musty brown walls with verses inscribed on it and obviously the names of the most romantic couples, the serene environment (only when you go on working days which i did) and the content which you experience.

After enjoying a metro ride till JLN metro station, I took an auto and there I was, finally at my destination. The very sight of the monument was mesmerising, its beauty lies beyond words. As I walked on the cemented pavement, I tried to capture each and every moment spent here through my camera lenses. Coming to the historical facts, it is the tomb of Mohammed Shah, the last of the Sayyid dynasty rulers built in 1444. Sikander Lodi's tomb (the last ruler of the Lodi Dynasty) is also present along with Shisha Gumbad and Bada Gumbad. The

the most eye capturing scene is when you walk inside the walled enclosure of Sikander Lodi's tomb. The blossoming trees, the lush greenery, the tranquillity and the happiness on seeing someone lying peaceful forever staying in touch with his roots and yet far far away from the earth. Also, sitting under the trees by the lake with your favourite book adds to the pleasure altogether. I even fed the swans with some seeds which made me even more confident about the fact that I do have a way with animals. On witnessing the brownish coloured, antiquated bridge you sure will be reminded about the British era.

So, even after some 600 years its still serves its motive. The statue personifies the valour, greatness and the superiority of the king in who's memory it was constructed. Surely such monuments stand the ravages of time and immortalise mere mortals for ages to come. I firmly believe that a visit to the Lodhi gardens is a must must as it will take you to a realm where beauty and serenity stretches far and wide. 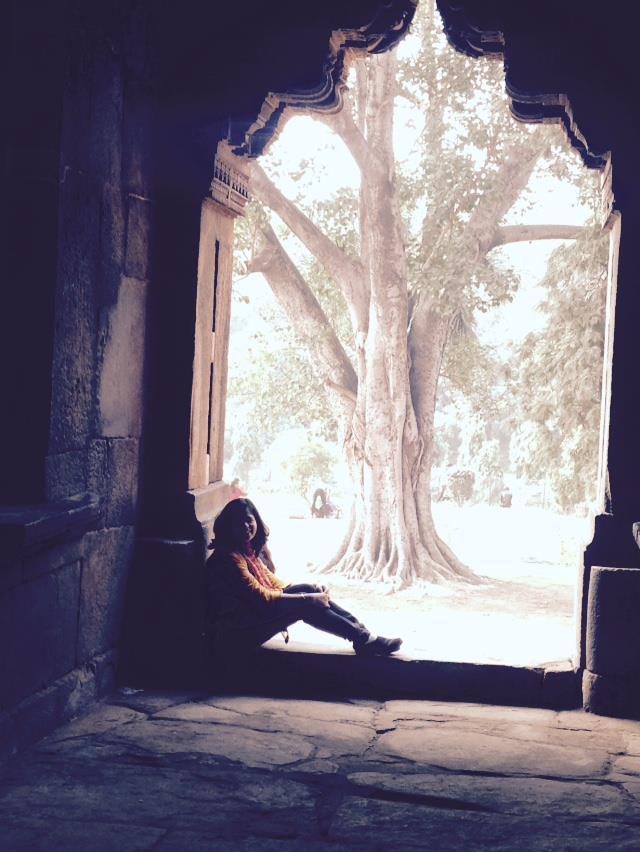