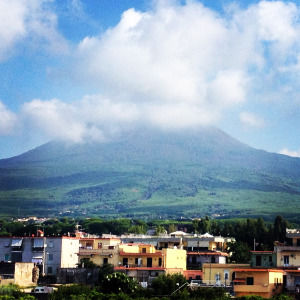 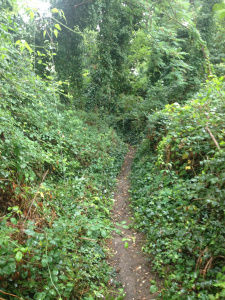 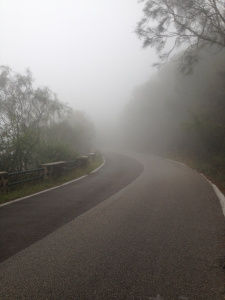 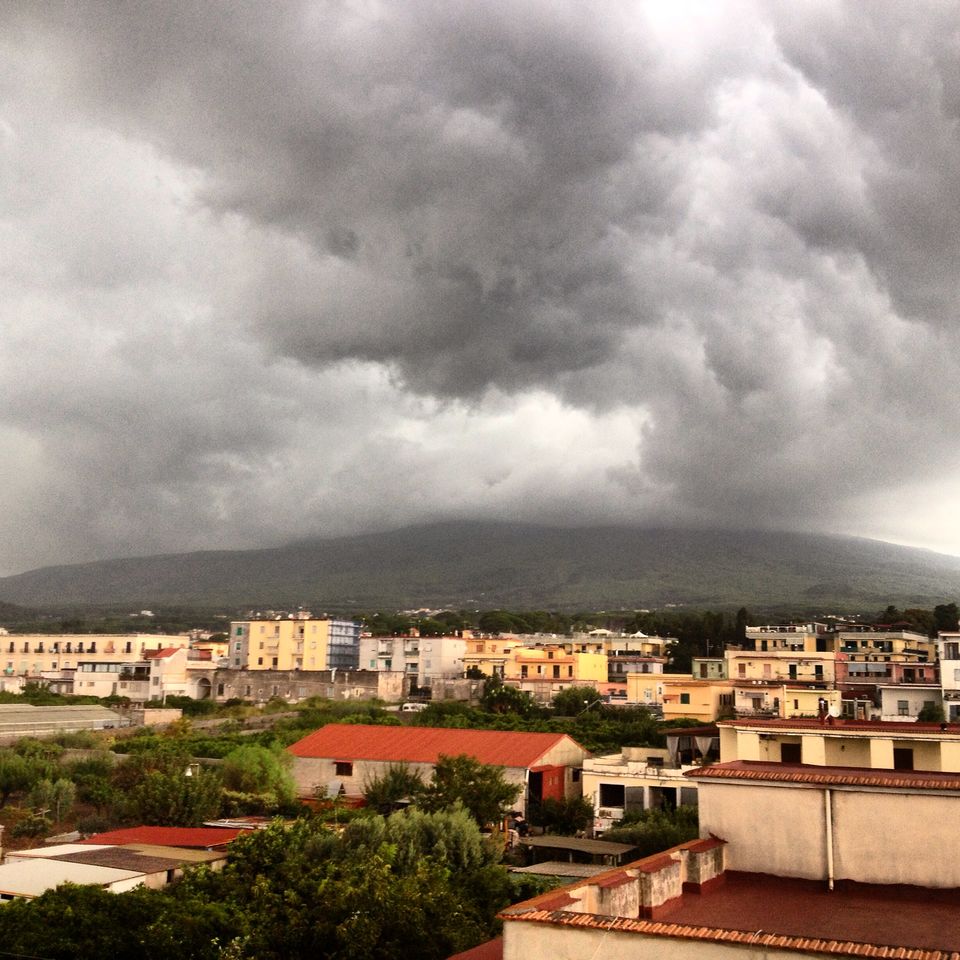 The second half of our vacation we spend in Torre del Grecco, a small village between Naples and Sorrento. We rented a villa via Airbnb and couldn’t believe our eyes when we arrived. The Villa Vesuvia was placed on the foot of the Vesuvius and our roof top terrace offered a view on the volcano on the one side and the ocean and beach on the other. It was just beautiful. Volcanoes have always been of great interest for me and I couldn’t wait to enter the Vesuv, see its inside and get more information about volcanoes in general. There are a lot of tours that offer tourists the chance to go up the volcano by bus or car, which means you have to share the bus with a lot of…you know tourists. That’s why I decided to go a different way and walk up the Vesuv by myself because my friend did not want to come, I wander why that was. So one day I grabbed my camera and some food and took a bus to San Vito (4th stop of San Vito), a small village at the foot of the Vesuvia. The sky was grey and I was lucky that it wasn’t as hot as the last days but at the same time it was a bit scary as well. When I arrived at the bus stop the sky was already dark grey but whatever! So I started my way up- the only problem was, there were no signs or people I could ask for the direction, so I just started walking up the hill on the street that looked like it makes it way up the hill. And it happened what had to happen…slowly it started to rain. I was walking for 10 minutes and it was pouring, after 15 minutes it was raining cats and dogs…The only thing I thought ‘Oh god my camera’, till I heard a loud boom and the thunderstorm started. The sky was black and the rain hit me in my face, everything was wet within seconds and I tried to hide under my scarf, which seriously didn’t help at all. I only had two choices, walk back downhill and take the next train back to our villa or walk further and see what the way and the adventures is holding for me. So I choose the second option and made my way further up hill.

After an hour I finally arrived at the entrance of the national park of what I had read on the internet in advance. Totally happy I went up to the entrance door and couldn’t believe my eyes…the national park was closed and the sign which showed different directions to the lucky ones who were able to enter the park in summer said: 4 hours till you reach the peak! Ehm excuse me?? :D  Four hours on a street, still some rain and no other people around?! Great. Again, I didn’t loose courage and walked further up. The view was still narrowed, but once in a while I was able to catch a glimpse on the beautiful surrounding, the beautiful nature and the stunning vesuv. The silence was heard warming and scary at the same time as I am not at all used to a calm surrounding, living in the second largest city of Germany. And I walked….and walked…and walked…and walked for another 1 1/2 hours with no signs and no end to be seen….the road was cloudy and the view got worse the higher I got which really scared me as also my phone had no reception anymore.

And then it happened…I heard a car behind me and pulling over almost next to my. The window opened and a big guy with American accent leans over: Hey you do you know how long it takes to get up? And I just had to laugh very loud as I had no clue. The guy and his entire family were looking at me like what the hell are you doing here? And when I told them that I was walking up the vesuv they were speechless. So they offered me a ride to find out how far it is to get up and as I told myself to never say no to a great opportunity I jumped into the car. The family came from California and was driving through Italy and its beautiful countryside. The ride took about 20 minutes, so like 3 more hours walking and the higher we got the worse the weather got. We arrived at the parking spot and I jumped out of the car, excited to walk the last meters up the vesuv and finally see its beauty…but when I arrived at the office where the geologists are placed a woman went up to me with a not so happy face and I was about to find out why….because of the bad weather conditions the path with leads to the peek was closed. I was so devastated and said and tired I almost started crying. The woman was really nice and explained to me that even if I would go up, I couldn’t see anything because of the thick fog and I saw her point. The Americans came over as they knew how much I wanted to go up and offered me a ride back down so I didn’t have to walk…I must say I kind of forgot the fact that I also had to walk down again and even though I really wanted to enter the vesuv and was even willing to wait for another hour or so, the option to ride down by car instead of walking down for 4 hours won and I climbed into the car and left the vesuv and my adventures walk behind, ready for the next adventure in beautiful Italy, knowing that I won’t forget this day for a long time!

This blog was first published on One Time The World, Please.