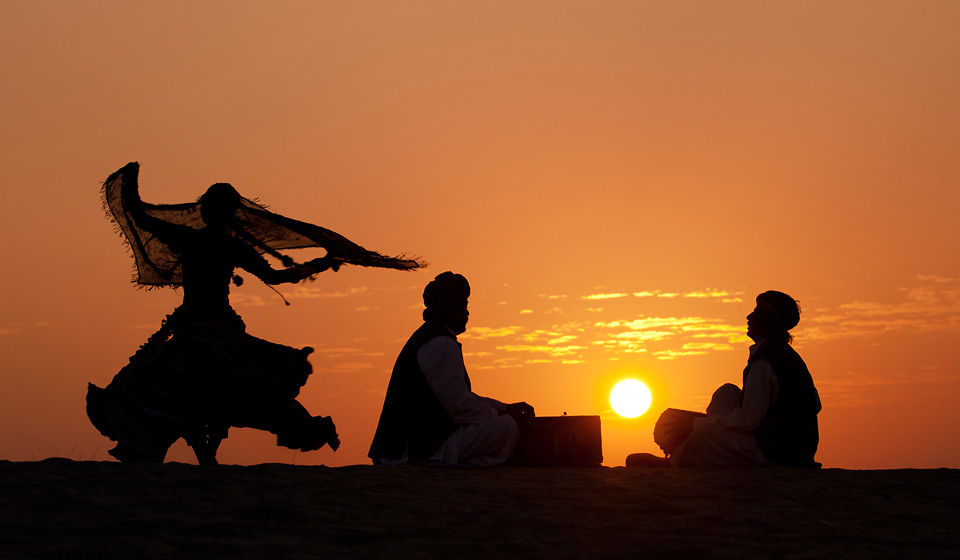 sam dunes(45 km west from Jaisalmer city): one of the most authentic desert dune site in whole India, where you will find 30-60 meter tall sand dunes. This is the best place to enjoy Desert Safari on camels or jeep.

Kuldhara(Haunted village): abandoned village in the Jaisalmer district of Rajasthan, India. Established around the 13th century, it was once a prosperous village inhabited by Paliwal Brahmins. It was abandoned by the early 19th century for unknown reasons, possibly because of dwindling water supply, or as a local legend claims, because of persecution by the Jaisalmer State's minister Salim Singh.

Gadisar Lake: was a water conversation tank built in 1400 AD, and was constructed under the reign of Maharwal Gadsi Singh. If a traveller wants to enjoy bird watching on their tour to Jaisalmer, then Gadsisar lake is the right place to be. On the bank of Gadsisar lake one can see a gateway made of yellow sandstones known by the name of Tilon Ki Pol. A Krishna Temple is located by the side of the archway.