Karnaprayag Travel GuideKarnaprayag TripsRoopkund Is A High Altitude Glacial Lake In The Uttarakhand State Of India.

Roopkund is a high altitude glacial lake in the Uttarakhand state of India.

Roopkund Trek
Region :- Uttarakhand Duration :- 08 Days Grade :- Moderate to Difficult Max Altitude :- 15,696 Ft.  This trek has snowcaps, meadows, lakes, forests, folklore; and yes, it has an intriguing flashback too. Roopkund is a mountain lake, lying in the Garhwal Himalayas in the Chamoli district of the Indian state of Uttarakhand. Situated at a high altitude, the lake remains frozen almost throughout the year. Roopkund is also called the 'Mystery Lake', or the 'Skeletal Lake', on account of the several hundred human skeletons found scattered in and around the lake.

A Forest Officer stumbled upon these skeletons in the year 1942, and this surprising discovery triggered a series of visits from scientists from all over the world who wanted to get to the bottom of this mystery. A lot of research went into finding out how so many skeletons came to exist near this lake, and eventually it was concluded that these skeletons belonged to a group of pilgrims, who were caught unprepared in a hailstorm( somewhere around AD850 ). The hail stones were as big as cricket balls, and with no shelter in site, they succumbed to injuries on their skulls. National Geographic aired a story regarding this lake, which made the lake a popular destination among trekkers. Aside from all this myth and mystery around the trek, the Roopkund Trek is the perfect route to showcase the surreal Himalayan beauty;and it the perfect trek to initiate you into high altitude treks. The trek starts from Lohajung, situated at an elevation of 3200 meters, and after gradually trekking uphill for 5 days you will reach Roopkund which lies at approximately 5000 meters above sea-level.
At this altitude the level of oxygen in the air is considerably lesser . Being in good physical shape will ensure that you adapt to the thinning air quickly. Also, good fitness level will allow you more energy to enjoy the spectacular views without worrying about nagging bouts of altitude induced problems. So when you plan for this trek, also plan out a fitness regime for yourself.

There are two time windows in a year when you can do this trek â€“ once after winter from mid-May to mid-June, and once post monsoon during September and October. You can choose the post-winter variant if you want to have some fun with snow, or you can choose the post-monsoon variant if you want to stroll through lush green Himalayan meadows. Whatever the season, the weather in the mountains is delicately balanced, and can go from sunny to cloudy in minutes. This adds another dimension to the adventure, and you should be equipped with wind and water proof clothing to face these weather changes.
The first couple of days on the trek will take you through quaint villages, cheerful streams, and rapid mountain rivers. The sunlight streaming through the trees in the forests will make the entire mountainside glow golden. Trek some more, and you will soon leave the trees behind. Now you will be greeted by miles and miles of lush meadows, called 'Bugyals' in the local tongue.

The Bugyals are dotted with small and big lakes at intervals. The pure air, the poignant greens and the effervescent blues will make you forget all your troubles. Next is the summit stretch, where your stamina will be tested as the air gets thinner and thinner. At the end of the climb lies the coveted Roopkund, frozen, serene, and pristine. Near the lake you can still find lots of skeletons, which have been well preserved because of the cold after all these centuries. From here, you can spot a lot of other peaks â€“ Trishul, Nandaghungti and Choukhamba.

The route followed on the Roopkund trek overlaps with a pilgrimage which occurs every year, called the Raj Jat Yatra. This festive pilgrimage is held each year to worship goddess Nanda Devi, and people from several villages of the Kumaon and Garhwal participate in this Yatra. This Yatra starts from a small village 'Nauti' near Karnaprayag, and goes beyond Roopkund to Homkund. If you are lucky enough to be on the trek during this Yatra, you will meet a lot of locals dressed in their traditional attire participating in the festival. Meeting these welcoming and warm-hearted people will be an unforgettable encounter. The Roopkund trek is a most enriching experience for the body and the soul. This time spent amidst the mountains will remove the cob-webs from your mind and will thoroughly rejuvenate you. 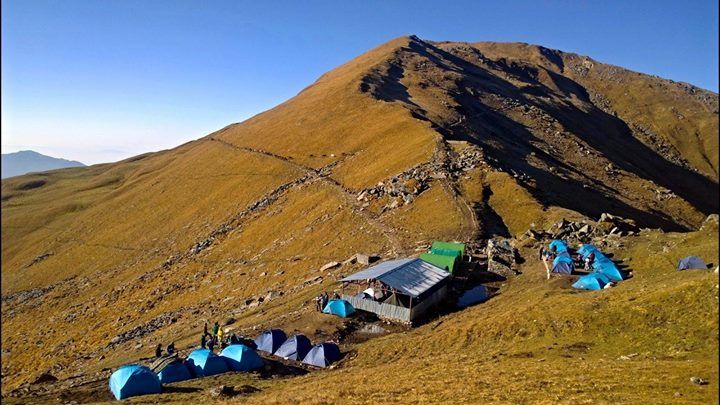 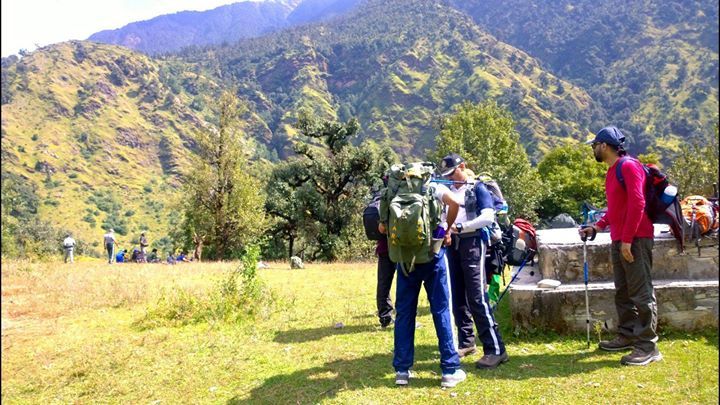 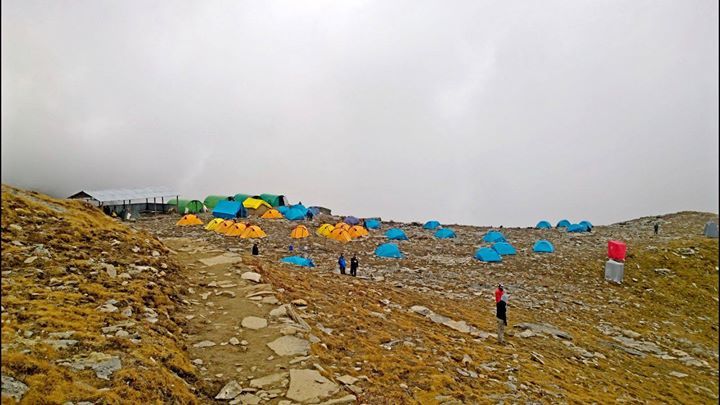 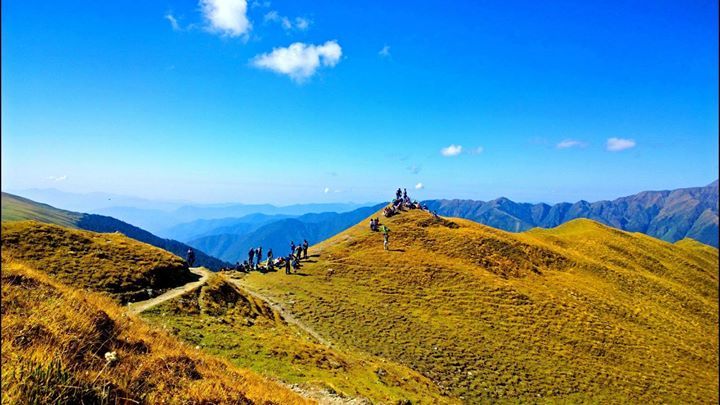 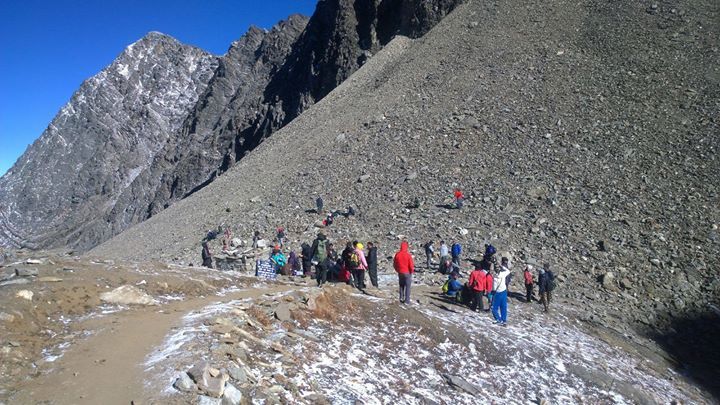 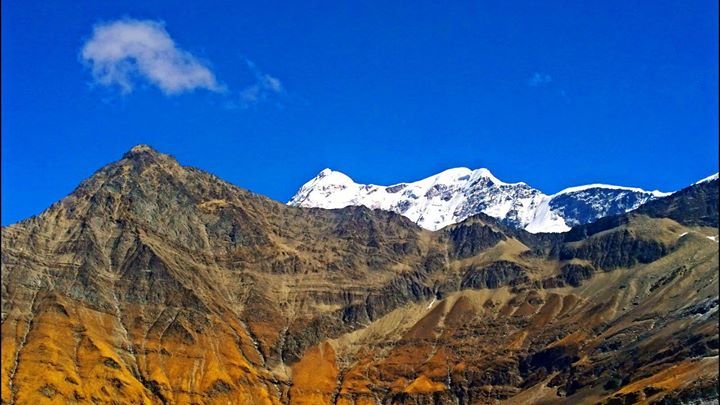 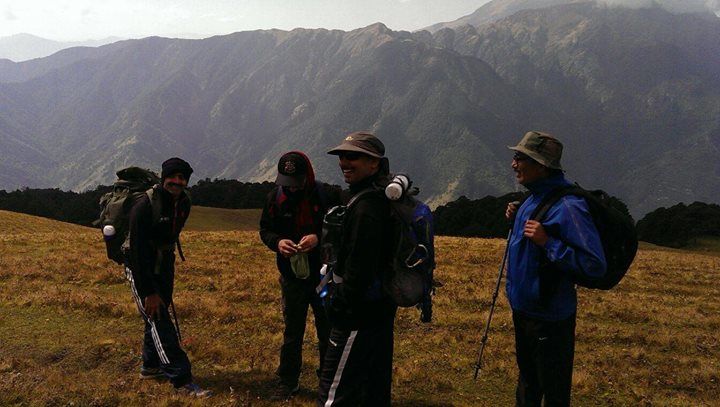 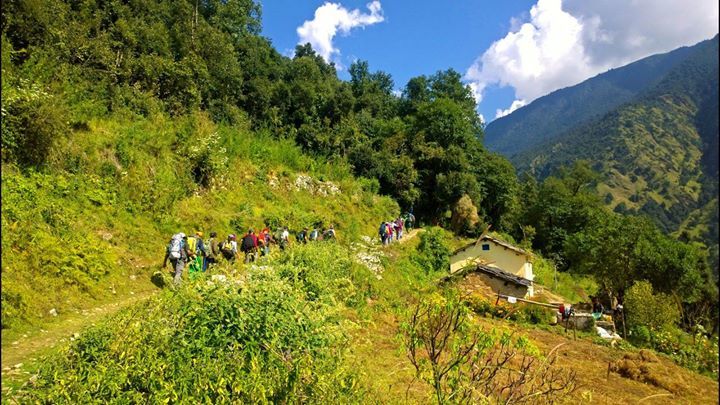 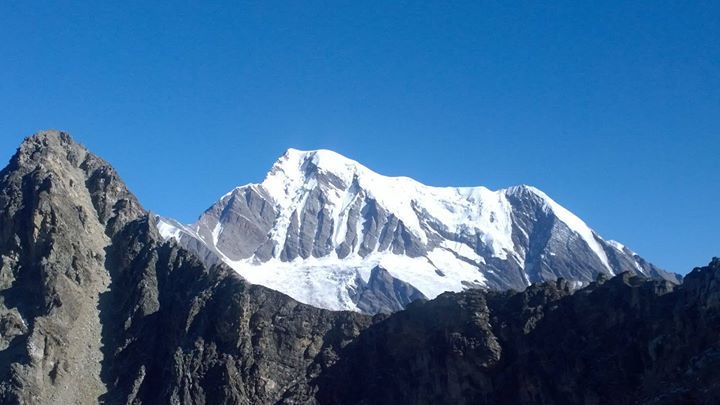 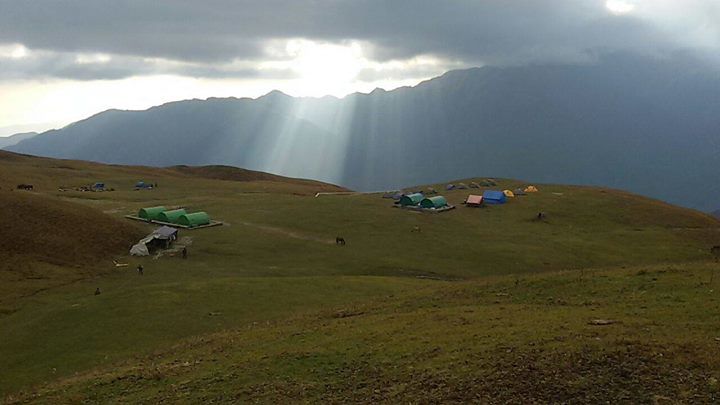 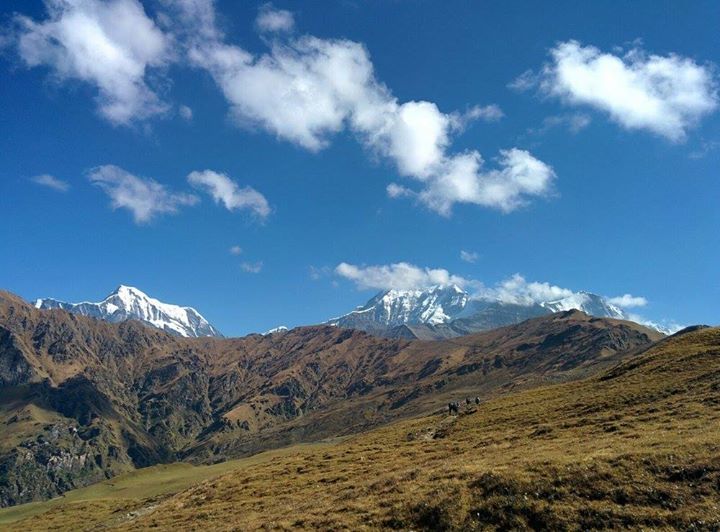 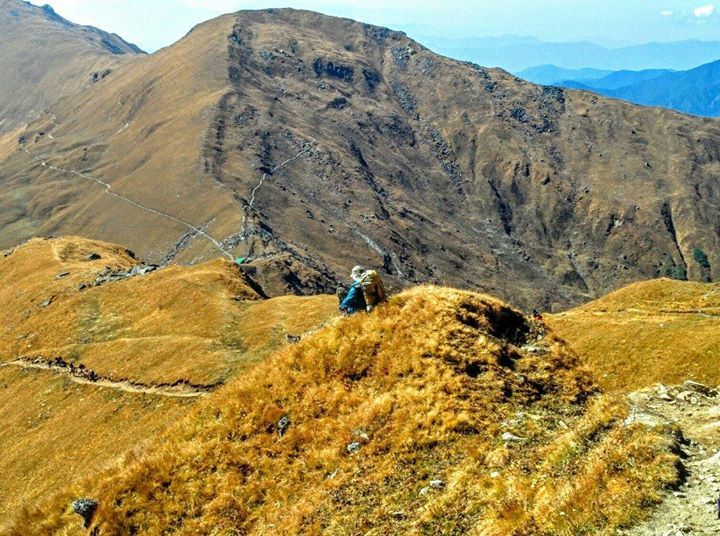 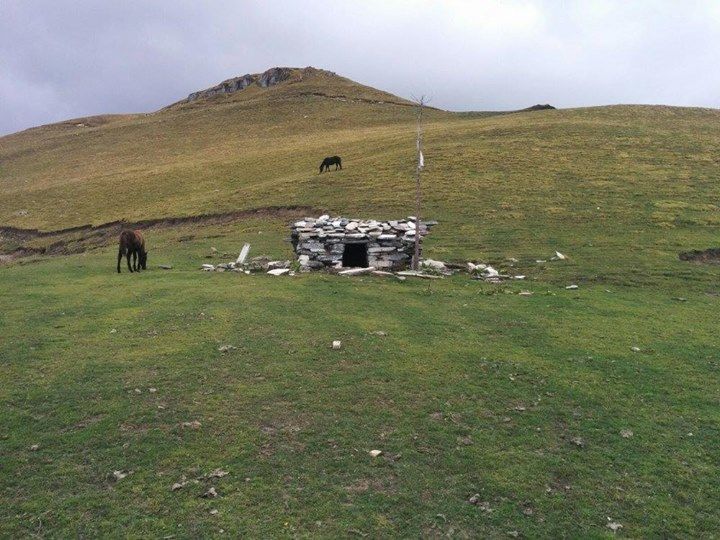 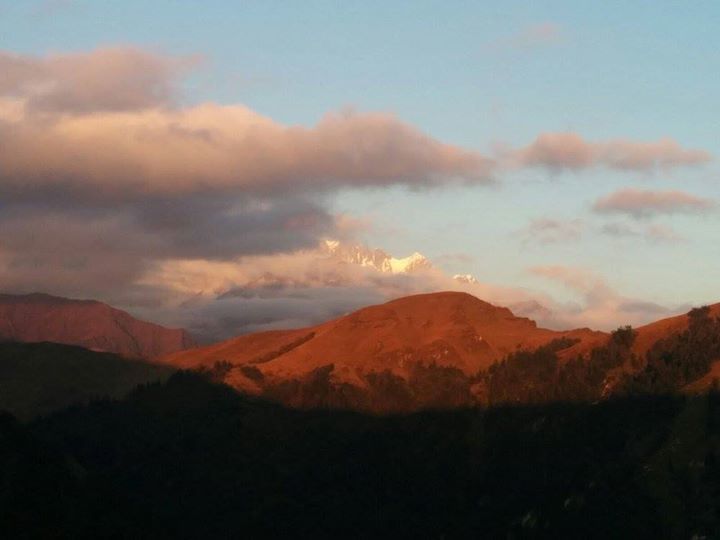