7km walk. Worth it? Totally. 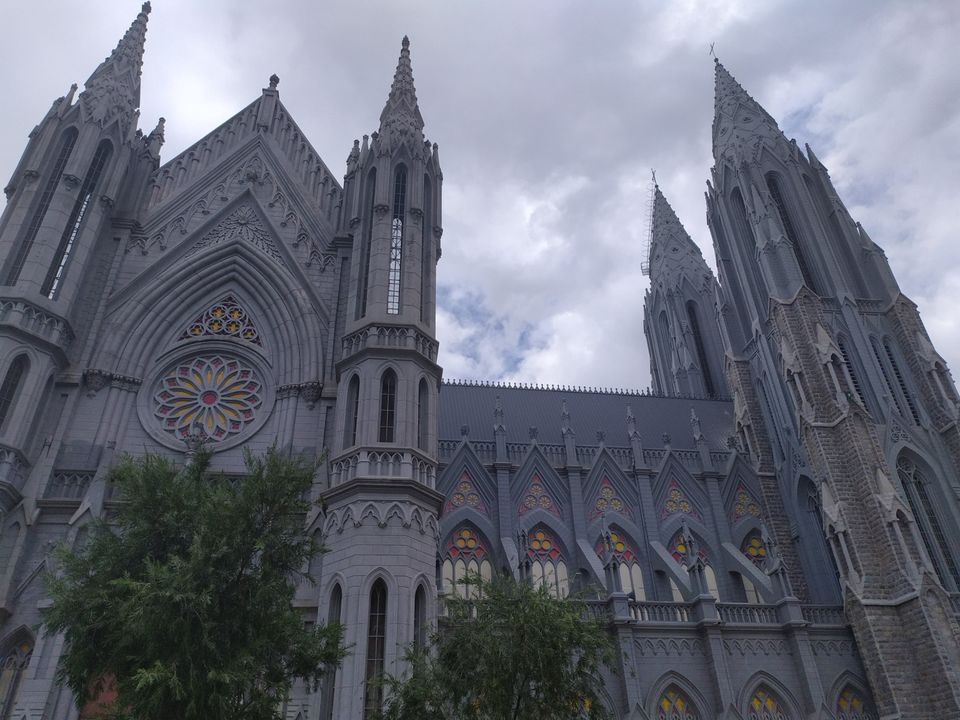 It was 15th of August, I remember the date because it was the first Independence Day on which I didn't attend flag hoisting in school. I was staying in a PG in a room with unknown people. I left my PG in the morning, thinking I'll go to the Folklore Museum in Mysore University campus. Though my Google Maps showed a distance of 10 minutes, it took me 30 minutes to reach, as I got lost and 95% people couldn't understand what I was saying as they neither knew Hindi, English or Malayalam. I reached the Museum only to find that it was closed. I didn't have anything else to do that day. I Googled to find my next destination. The nearest place to me was St. Philomena's Cathedral.

I'd heard a lot about the cathedral, from my mom, from my aunt who gave me novena books from the church. The church was 7 kilometres away and I don't know why, I decided to walk. I walked for precisely 50 minutes. It was a lonely walk in the beginning but after 5 minutes I called my friend and spoke to her on the phone till I reached. The church was located in a Muslim locality. (Though I lived in Mysore for 2 whole weeks, I'm not aware of the names of the areas.) The first I saw as I took a turn to reach the cathedral were its spires. I was awestruck. The first image is the first ever picture I took. The cathedral is a beauty. The first thought that crossed my mind after seeing the cathedral is that it looks like Hogwarts. It was Mother Mary's feast. There were a lot of visitors and laity. It was time for Mass. Photography is strictly prohibited inside. There's a staircase just before the altar leading to St. Philomena's tomb in the basement. I looked around for an hour pausing at every spot I thought the cathedral looked the prettiest, trying to capture its beauty in photographs and failing miserably. I left after a while, even though I didn't want to. I was in Mysore for only 2 weeks but I visited the Cathedral 4 times, attending mass thrice. I'd found my happy place in Mysore. 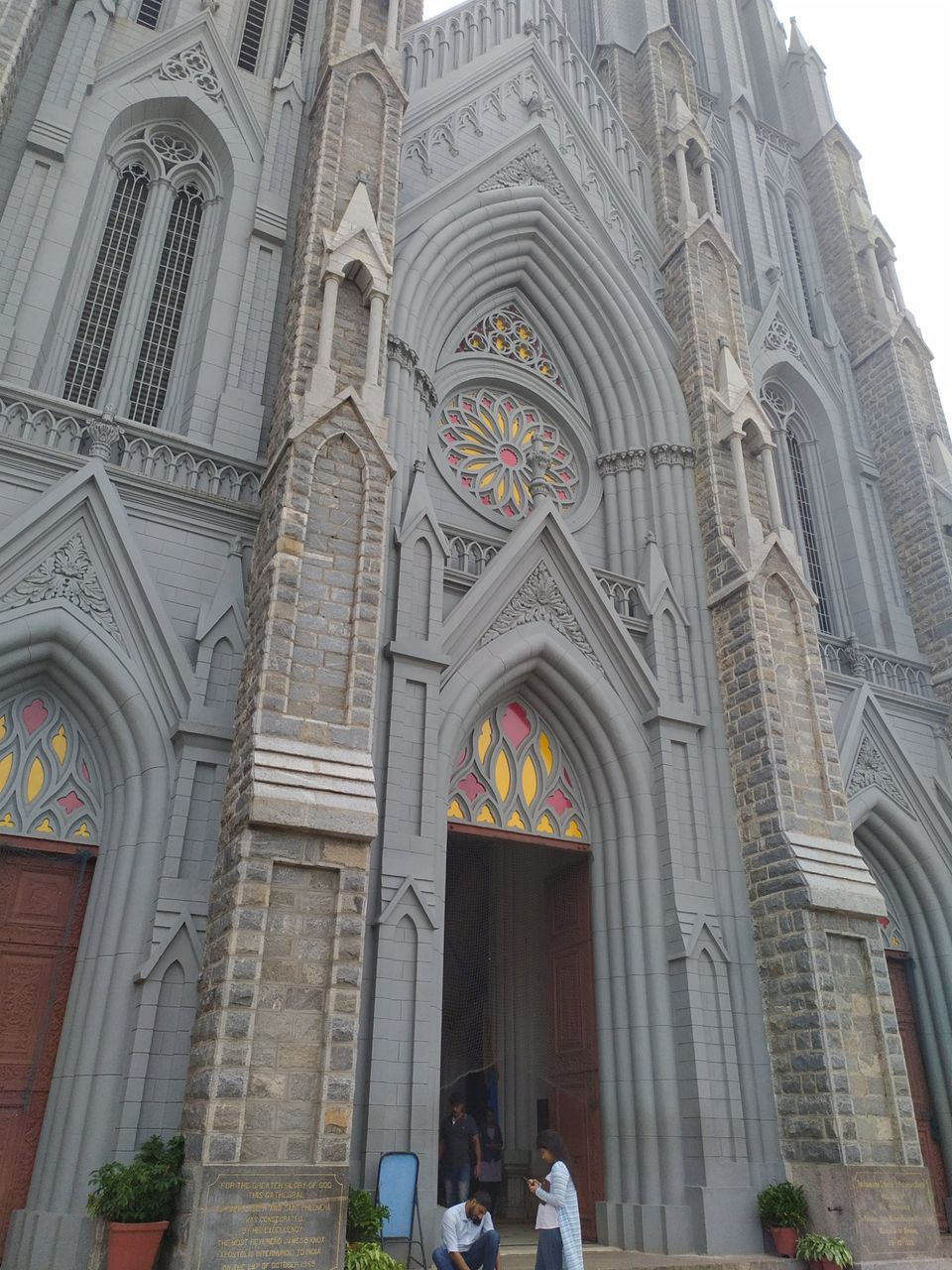 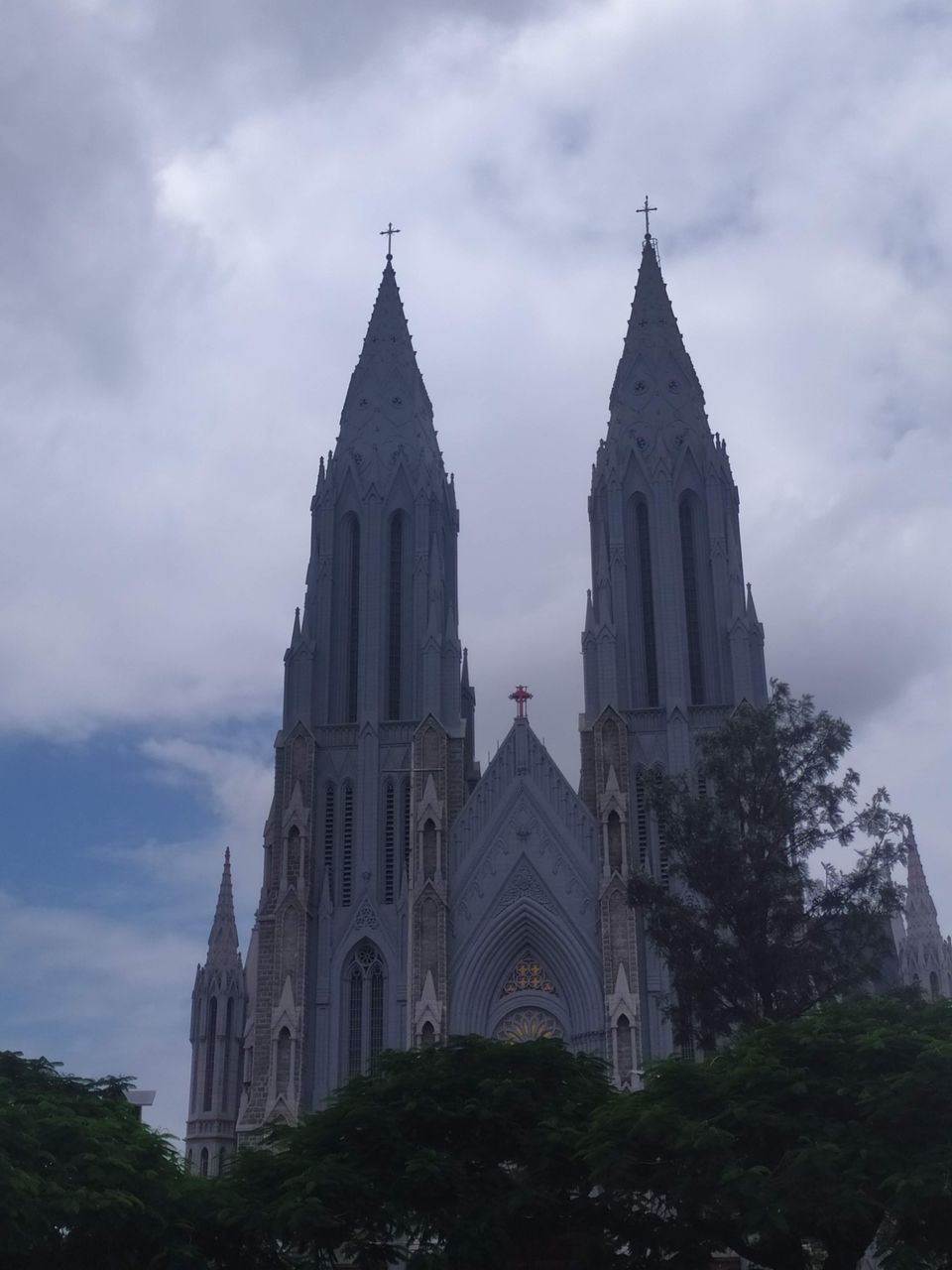