8 Temples in Hampi That Must Be on Every Traveller's Bucketlist 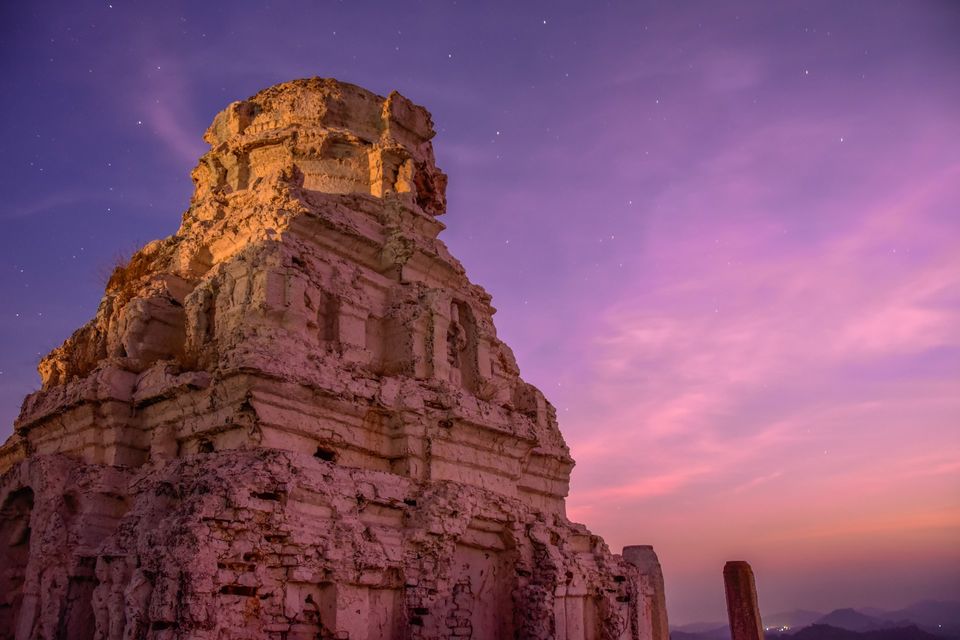 According to Hindu mythology, Hampi is the site of Kishkinda from the epic Ramayana, the forested home of the monkeys who helped Rama save his wife, Sita, from the demon king Ravana.

More recently it was the capital of the Hindu Vijayanagar Empire, which flourished in the mid-14th to mid-16th century.

Hampi was one of the richest and largest cities in the world during its prime. The empire boasted a massive army comprising close to a million men. It was abandoned following defeat of the Vijayanagar kings to the Deccan sultanates in 1565.The site is significant historically and architecturally, and one of exceptional beauty.

The ruins are a UNESCO World Heritage Site. It is simply gorgeous, surrounded by water, hills and huge boulders of stone. 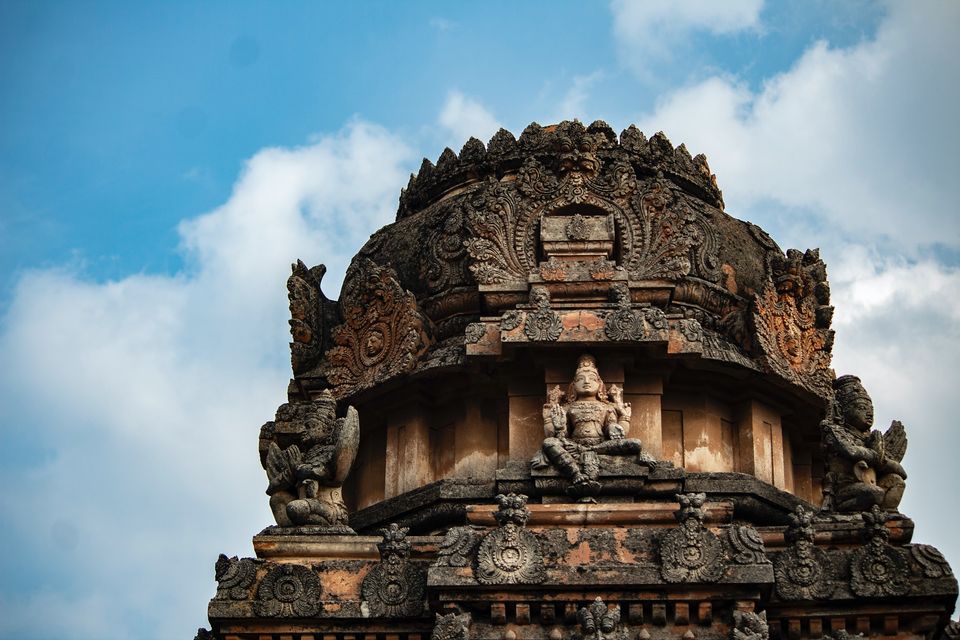 How to reach Hampi?

The nearest international airport is in Bangalore which is around 350km. The nearest railway station from Hampi is Hospet that is at a distance of 13km.

During Monsoon(June to August) and winters (November to February).

Hampi has so many temples and it can be daunting to visit all of them. To see main attractions three days are sufficient.

Note: It gets very hot during daytime. So avoid going out in the afternoon. It’s better to stay at your guest house and chill at riverside cafes during the day time. For sightseeing start early in the morning and step out in the evening.

Virupaksha Temple is the main center of pilgrimage at Hampi, and has been considered the most sacred sanctuary over the centuries. It is intact among the surrounding ruins and is still used in worship. The temple is dedicated to Lord Shiva, known here as Virupaksha, as the consort of the local goddess Pampa who is associated with the Tungabhadra River.

The Anjeyandari hill lies in the centre of Anegondi area. It is believed to be the birthplace of Lord Hanuman ( The monkey warrior God). According to Hindu mythology, Hanuman was born to Anjana and thus Hanuman was also called as Anjaneya, and his birthplace Anjeyandari (Anjana’s Hill).

The hill has a white washed Hanuman temple at the top. It has about 570 steps. The view from the top is breathtaking as you see patches of paddy fields and the Hampi city ruins around.

The temple has a rock carved idol of Lord Hanuman. There are also shrines of Lord Ram and his consort Sita and Anjana Devi temple in the same vicinity.

Reliefs of Jain temples are present in this area that includes Hemkut Jain temples, Ratnantraykut, Parsvanath Charan and Ganigatti jain temple. Most of the idols are now missing from these temples. Ruins suggest that these temples belong to 14th century.

Both are located in Hemakuta hill. Both the Ganesha idols are monolith, Sasivekalu Ganesha resemblance to mustard seeds so, called Sasivekalu Ganesha. Lord Ganesha is quite famous for his quirky habits, including his love for food. A story goes, when he had too much to such an extent that his stomach almost bursted. To stop this, he found a snake and tied it across his belly; the same is depicted in the statue. Kadalekalu Ganesha is one of the largest statues in Hampi. The belly of this statue resembles a Bengal gram, hence the name Kadalekalu Ganesha.

Despite its state of ruin represents the highest achievement of art of the Vijayanagara Empire. It is an extravagantly made complex which is the centre of all the ruins in Hampi. The highlights of this structure are the Musical pillars and the chariot. The pillars in the outer columns are called musical pillars, because they really make music when tapped.

One of the major, splendid and awe-inspiring temples of Hampi located between the Matanga hills and Gandhamadana. The location of the temple is secluded and off the more travelled path, the temple is much less crowded as compared to many other tourist attractions in Hampi. The main idol worshiped in the Achyuta Raya Temple is Lord Tiruvengalanatha which is another form of Vishnu.

The statue is located on the southern side of the Hemakuta group of temples that stand on the Hemakuta Hill. This gigantic stone structure is considered to be among the most important monuments found in Hampi. The speciality of the sculpture is that it is the largest monolith statue in Hampi. The temple is dedicated to Lord Narasimha, one of the ten avatars of Lord Vishnu, and Goddess Lakshmi.

This is the largest Linga image in Hampi. Located next to the Lakshmi Narasimha statue the Linga is housed inside a chamber with an opening in the front. Legend has it that this was built by a peasant woman and hence the name (Badva means poor in local tongue). The sanctum in which the Linga is installed is always filled with water as a water channel is made to flow through it.

Hampi is a place that is sure to steal your heart and shower abundance of serenity and pure magic upon your soul. Hampi, A place where magic happens will give you a chance to look at life with a very different lens and shed all the pre conceived notions that we all tend to have at some or the other point in life. So just cancel all your 'never-happening' Goa plans and make a promise to yourself to witness the magic of this place.

Planning For A Trip To the Hippie Island, Hampi? Here's All You Need To Know!