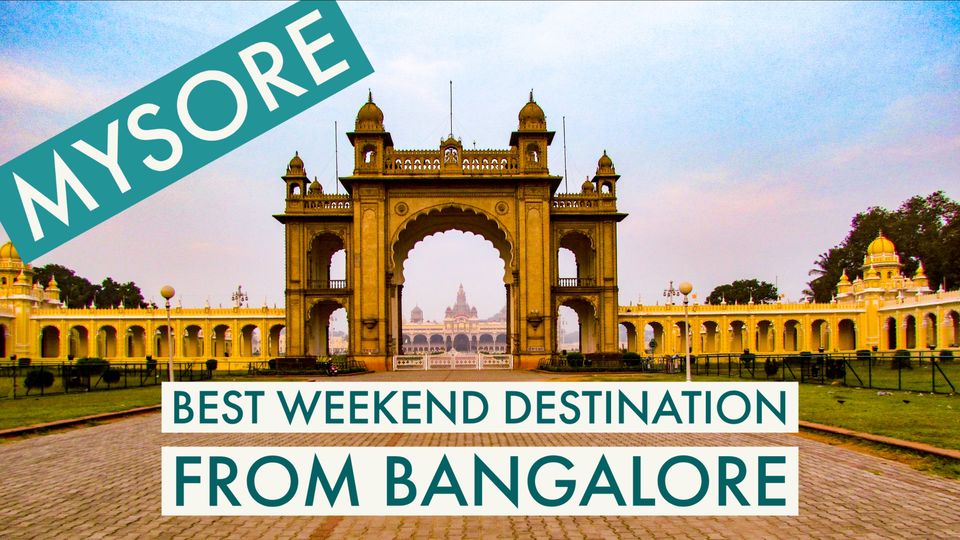 Weekend is the time to refresh your happiness levels and to have fun with family, friends or being at peace with yourself. Weekends are a blessing in disguise, giving ample time for one to rejuvenate and get back afresh to work. Many plan to travel on a weekend and few succeed, planning a weekend holiday is a confusing task, Where to go? How far? and Where to stay ? being the major factors. Choosing a destination depending on the distance and accommodation facilities should be done in advance to avoid last minute rush. It should be planned based on the distance and time taken to cover it. So that you don’t stress yourself much driving. A destination which is a 4 hour drive can take 5 to 6 hours to reach depending on stopovers and the traffic enroute. Hence it always good to plan a long journey well in advance. If you’re travelling with friends who know to drive then it is easy to split the distance among the drivers for driving to the destination. So that nobody is stressed out driving.

Bangalore, is situated in such a beautiful geographical location, that it has access to many amazing, adventurous and awesome places around it. All credit goes to its founder Kempe Gowda, who founded the city in the late 15th century, astonished with the landscape and geographical location of the place, he decided to build a town, having surpassed time and witness to many events and home to millions of people from different parts of the country, being known as the IT capital of India, to what is called Bangalore. From coastal places to dense forest lands and hill stations, Bangalore is accessible to many places. With so many options available for holidaying, it becomes difficult to choose a destination for travelling. There are pretty good places that one can explore during the weekend. Familiar places or revisiting places gives an advantage in travelling, having knowledge about the place and a visit down the memory lane makes it a worth revisiting. First time visiting places can be fun in creating your first memory with the place. Travelling is an overall experience of mental and physical health combined, it is a de-stressing therapy.

Weekend holidays shouldn’t be an added stress, it should be relaxing and enjoyable. So, going to a destination that is not too far and giving you the best options to enjoy should be the priority. It helps save precious time instead of spending much time in travelling.

Mysore, the erstwhile capital of the Wodeyar dynasty, who ruled over present day Karnataka for over 500 years, making it one of the royal families of India who ruled for a long time. The grandeur of the city is its royal palaces and other monuments, temples built centuries ago. It is the second major IT exporter in India after Bangalore. Mysore, also known as the Heritage City because of its rich history and culture. It is here in Mysore that the Dasara is celebrated in the traditional royal grandness known as Mysore Dasara since the 16th century, having a history of over 400 years, 10 days of festivities with cultural and social programs, the Mysore Dasara attracts many tourists from across the globe. Mysore, with its beautiful palaces, ancient buildings spread across the city and its beautiful landscape makes it a wonderful place for photographers.
Travelling is a physical and mental exercise, it makes an impact on our life. It gives wonderful memories to cherish throughout our life.

Mysore, makes a great weekend holiday destination from Bangalore. With 165 Km’s away from Bangalore. It is a beautiful city offering many attractions to visit. Be it with family or friends, the city has plenty to explore. The heritage attraction of Mysore and the hospitality of the people add to its charm, making it a most popular and prefered destination among travellers.

Mysore, the erstwhile capital of the Wodeyar dynasty, who ruled over present day Karnataka for over 500 years, making it one of the royal families of India who ruled for a long time. The grandeur of the city is its royal palaces and other monuments, temples built centuries ago. It is the second major IT exporter in India after Bangalore. Mysore, also known as the Heritage City because of its rich history and culture. It is here in Mysore that the Dasara is celebrated in the traditional royal grandness known as Mysore Dasara since the 16th century, having a history of over 400 years, 10 days of festivities with cultural and social programs, the Mysore Dasara attracts many tourists from across the globe. Mysore, with its beautiful palaces, ancient buildings spread across the city and its beautiful landscape makes it a wonderful place for photographers.

There are many tourist attractions to explore in and around Mysore. The Amba Vilas palace also known as the Mysore Palace, the Jaganmohan Palace, Lalitha Mahal Palace are among the few palaces in the city. The city boasts one of the best zoological gardens in Asia, with a variety of animals, birds and reptiles, making it worth for children and adults to visit. It also hosts India’s biggest walk through aviary along with a Butterfly park at the Karanji Lake. There is also a rehabilitation centre for birds, which has an aviary called Shuka Vana. Founded by His Holiness Sri Ganapathy Sachchidananda Swamiji, Avadhoota Datta Peetham, Mysore. It has a wide range of birds taken care by the ashram. The aviary in the ashram holds a GUINNESS WORLD RECORD for Most Number of Bird Species in an Aviary. There are many other attractions with their own heritage in the city. Chamundeshwari temple is situated on the Chamundi Hills, named after the goddess Chamundi (Shakthi) is worth a visit. One can see the beautiful landscape of Mysore city from atop the hill. There is a Nandi statue (Bull) carved out of a single piece of rock. The temple has a history of centuries, being the main deity of the Mysore royal family.

Nanjangud, is around 25 Km’s from Mysore, known for its grand temple. Lord Sri Kanteshwara, being the deity. The temple is a pilgrimage site, and also offers lodging facilities for the visiting pilgrims. It is also known as Dakshin Kashi (Kashi of South India). Kapila river (Tributary of the river Cauvery) flows in front of the temple.

Srirangapatna, which is also around 25 Km’s from Mysore has a lot of tourist attractions to explore. A historical town with a fort and temples. It also houses the palace of Tipu, Dariya Daulat Bagh. The Nimishamba temple is situated on the banks of the river Cauvery. The Sriranganatha Swamy temple is located inside the Srirangapatna fort. A thousand years of history, the main deity of the temple is Sri Ranganatha Swamy (Lord Vishnu) it is the starting place for the sacred pilgrimage consisting of three important Vishnu temples, other being Shivanasamudra (Karnataka) and Srirangam in Tamil Nadu. Known as Adhi Ranga (Srirangapatna), Madhya Ranga (Shivanasamudra) and Anthya Ranga (Srirangam). There is usually normal crowd visiting the temple daily excluding festivals and special days. There are many other attractions enroute (Bangalore – Mysore) one can visit. Mysore offers a good nightlife, it has many discotheques and pubs to quench your thirst for drinks. One shouldn’t miss tasting the world famous Mysore Masala Dosa and Mysore Pak (Sweet) in Mysore. Born in the royal kitchens of the Mysore Kingdom, the sweet is made with Besan, sugar and ghee. With all the attractions and amenities makes Mysore a comfortable and pleasant experience to visit on a weekend.

Mysore is well connected with Bangalore. Many state run and private buses ply to and fro from both the cities. There are numerous trains connecting Bangalore and Mysore. The superfast intercity Shatabdi train connects Mysore to Bangalore. Driving to Mysore would be a great time travelling, as you pass through many historical and significant towns starting from Bidadi known for its Thatte Idly (Idly cooked in small round flat saucers) light on stomach and ideal food for a journey. Ramanagara, known as the Silk City and famous for its rocky hills landscape, it was here in this town the super hit Hindi movie Sholay was shot. It has a Vulture Sanctuary. The sanctuary is home to many endangered species of Vultures. Cocoon rearing is widely practiced in Ramanagara, making it a famous place for silk. Kengal is the next town with a Hanuman temple and the Kanva Dam, situated just 7 Km’s from the temple. Kengal is the birthplace of the former Karnataka Chief Minister, Kengal Hanumanthaiah, a visionary and a great politician, who is credited in building the Vidhana Soudha in Bangalore (The seat of the Karnataka’s legislature) in 1956. After passing Kengal, next is the town famous for its toys, Channapatna, also called the toy city. It is world famous for the unique wooden handcrafted toys, known as the Channapatna Toys. Maddur, the next town known for its ancient temples and tender coconuts has a rich history, there are many centuries old temples, The Yoga Narasimha Swamy temple, Varadharaja temple and the Hanuman temple located on the banks of the Shimsa river are few of the famous temples in Maddur. Mandya is the next town after Maddur. Known as the Sugar City, sugarcane agriculture is a major farming in Mandya. Melukote is located in Mandya, Melukote has the Cheluvanarayana Swami temple and more temples around it. The Cheluvanarayana Swami temple is dedicated to Lord Vishnu. The Srivaishnava Saint Ramanuja lived in Melukote. It is a sacred and significant place for the Srivaishnava sect of Hinduism. After Mandya, it is Srirangapatna, the nearest town for Mysore. With all these places and their significance makes Bangalore Mysore drive pleasant and enjoyable. 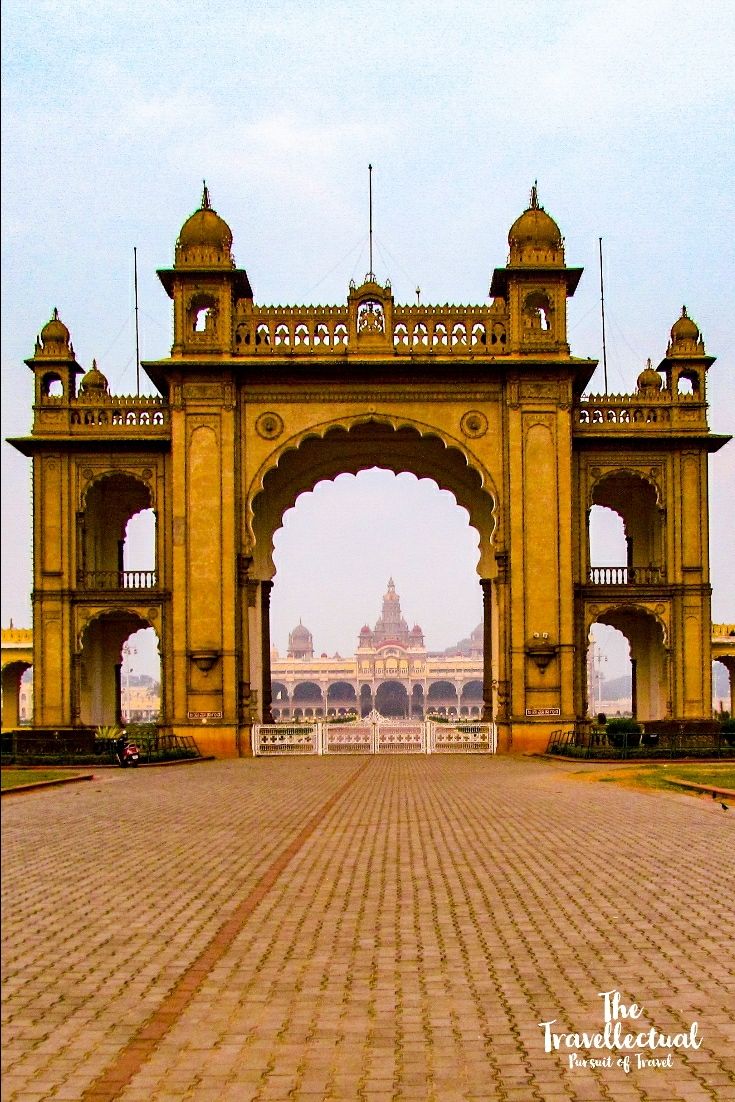 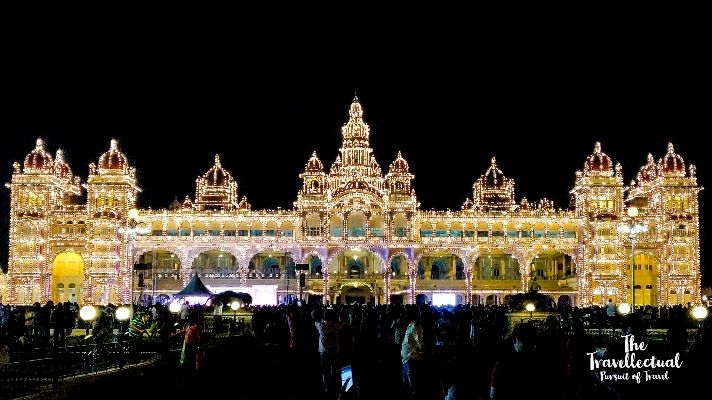 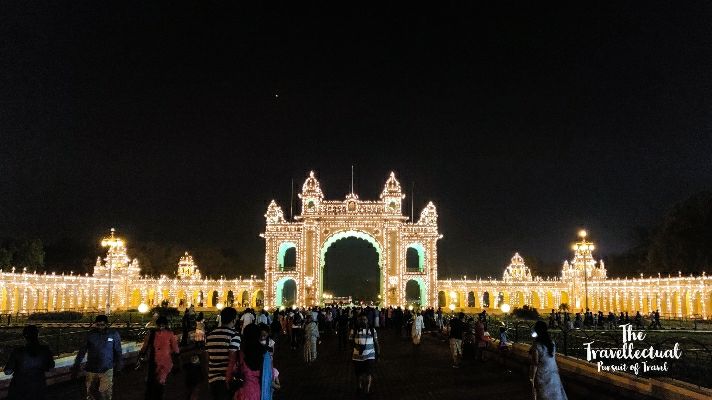 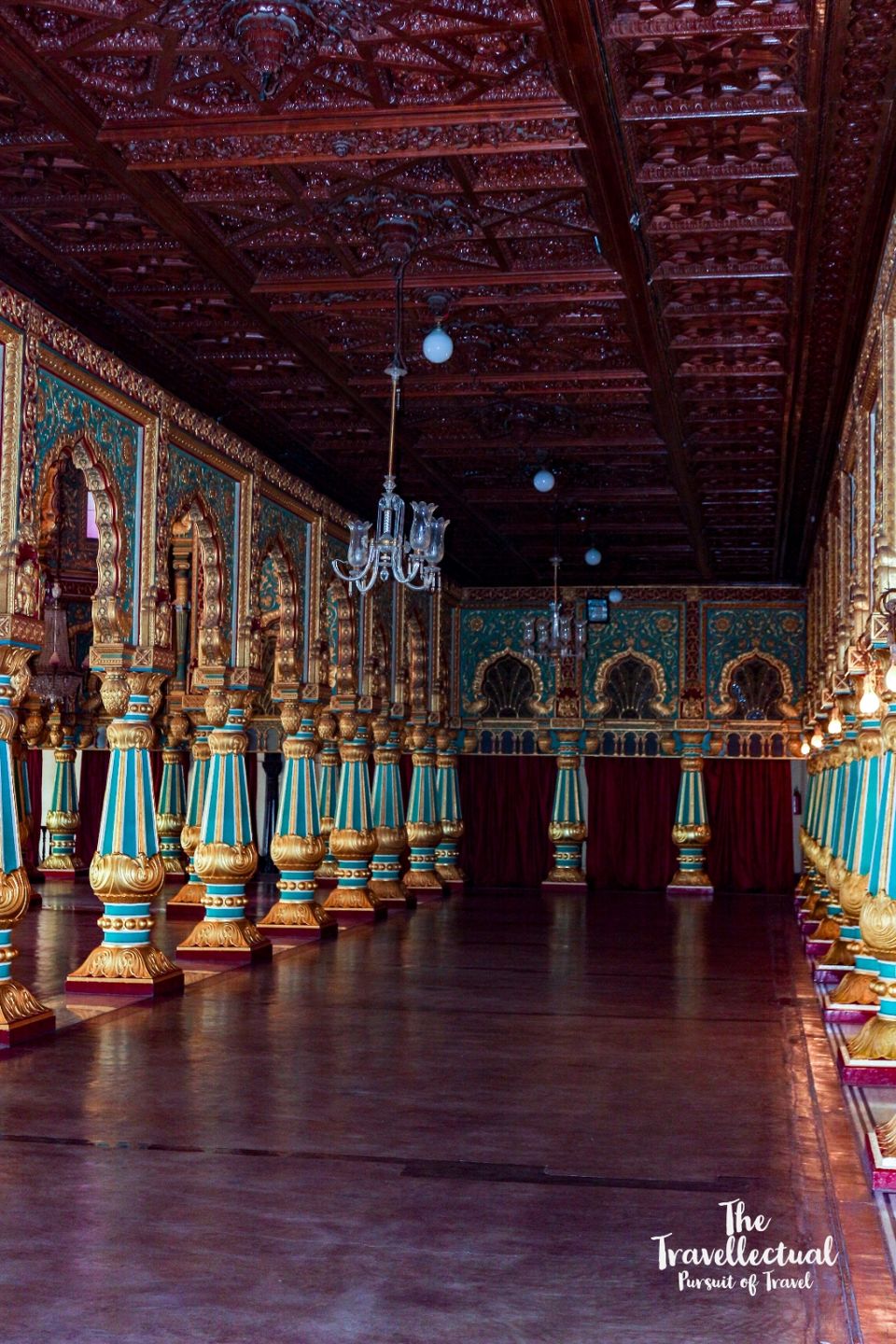 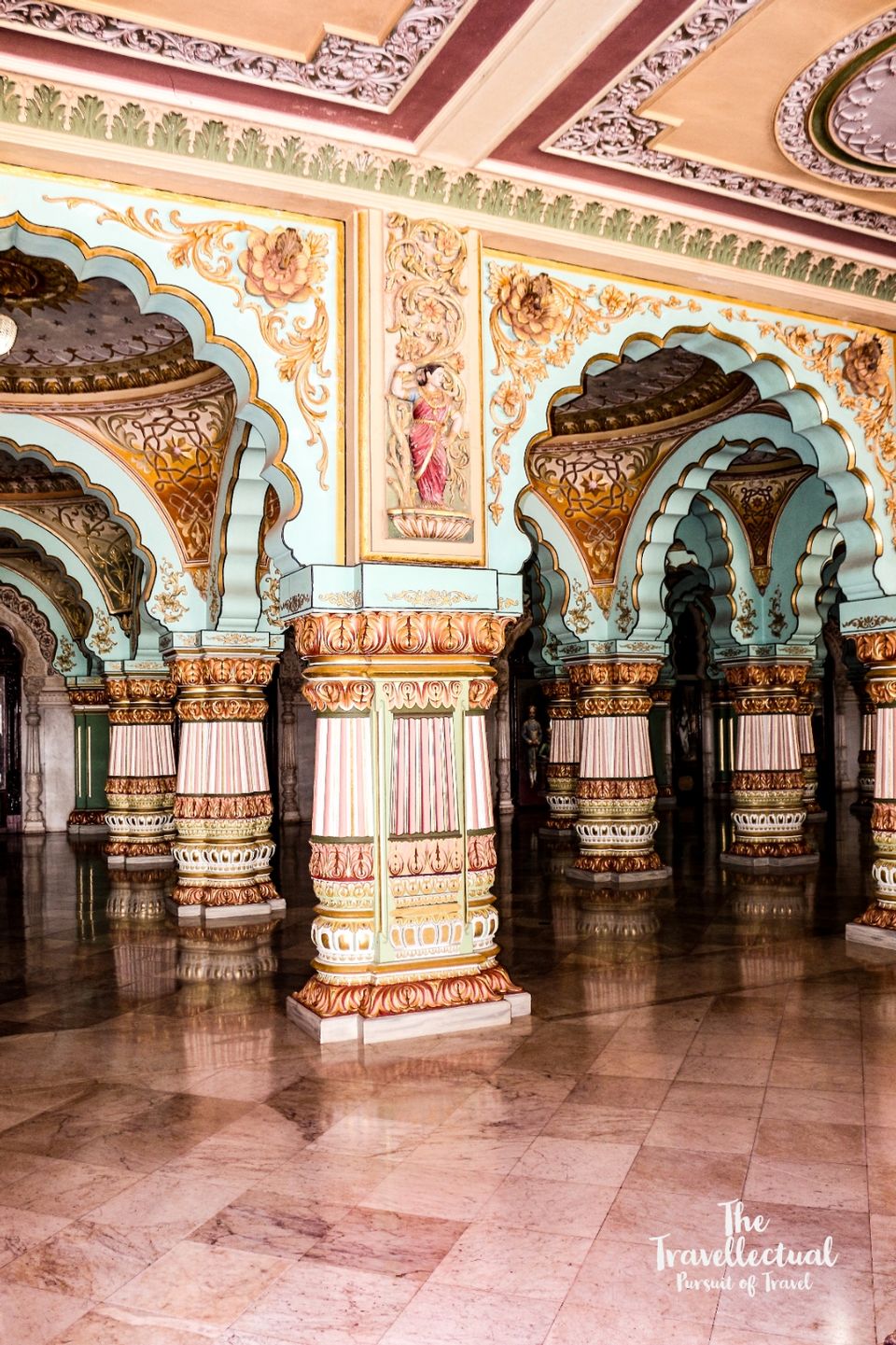 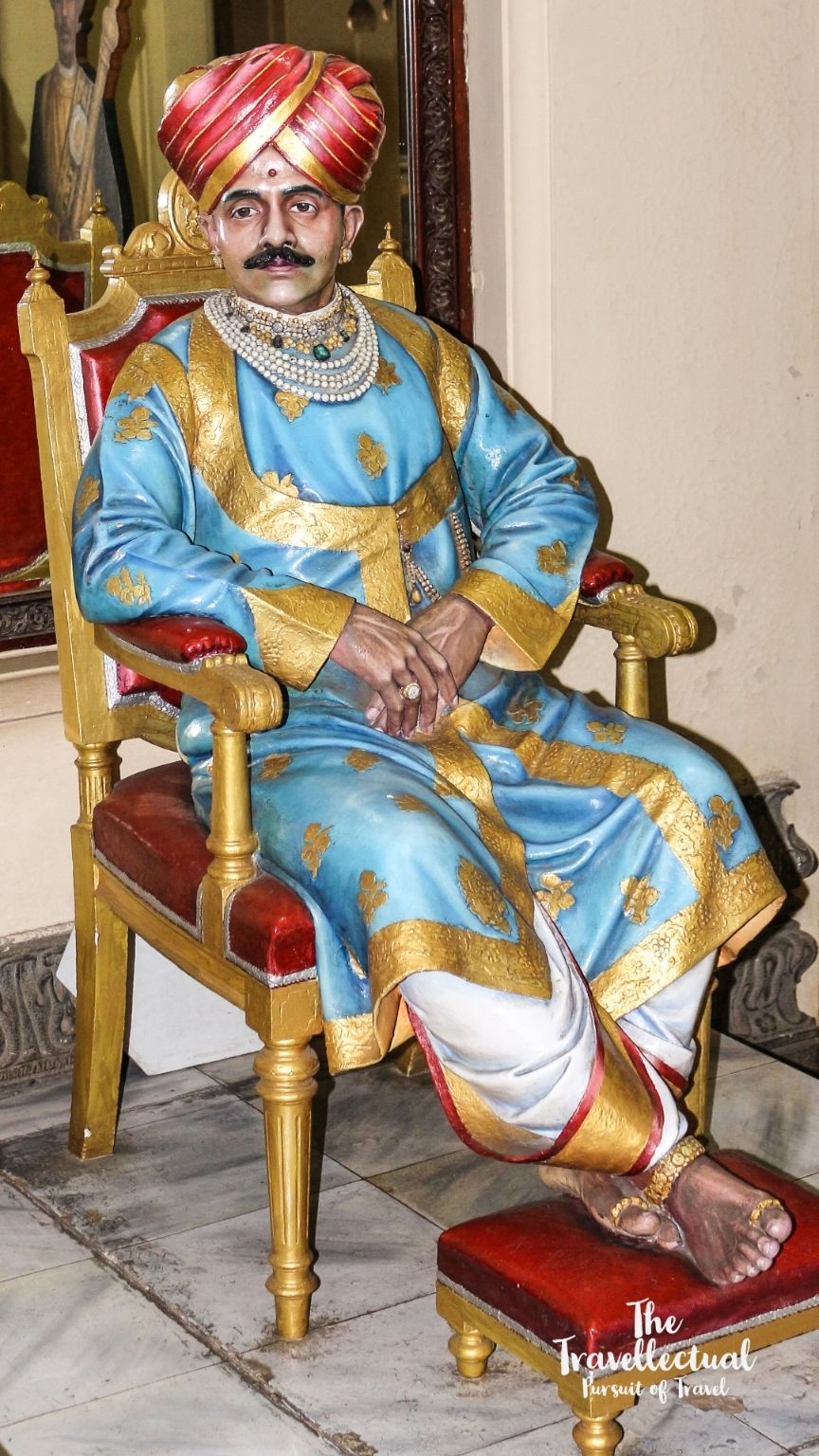 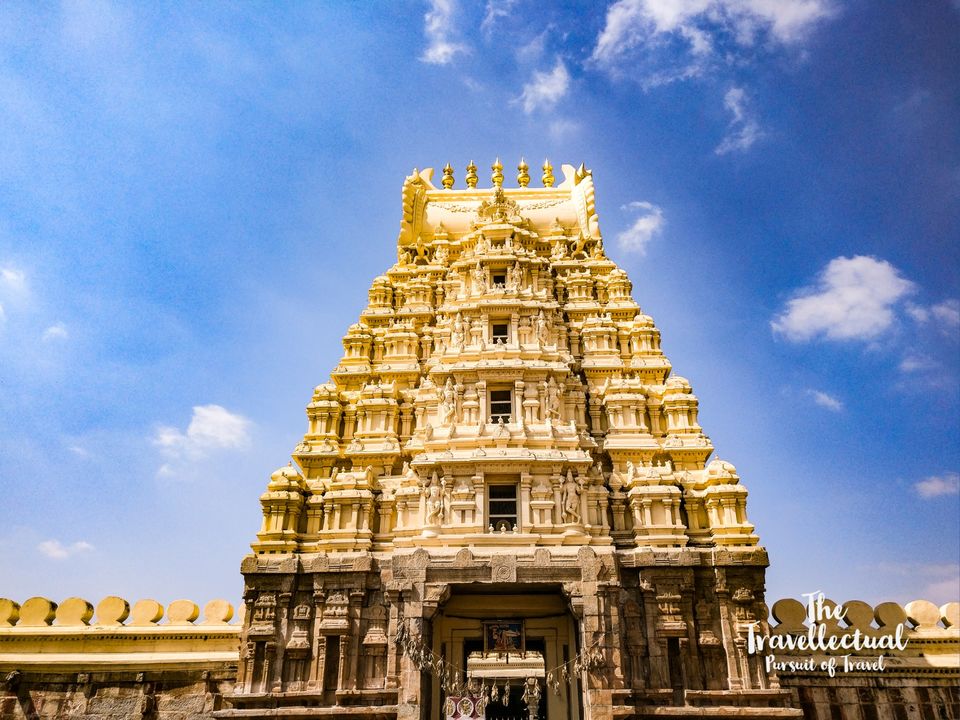 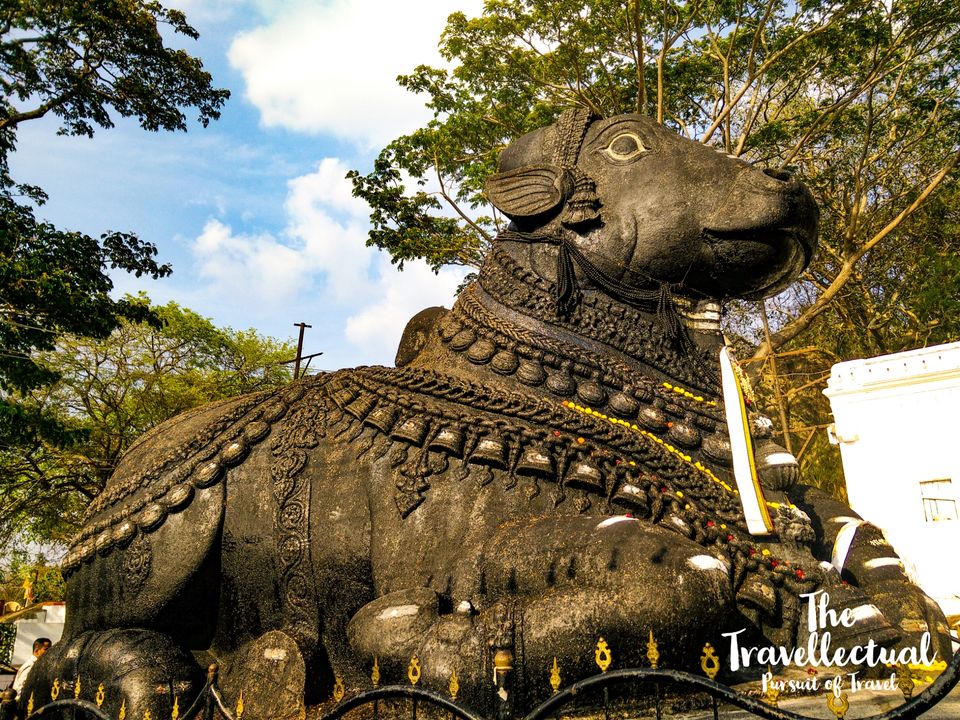 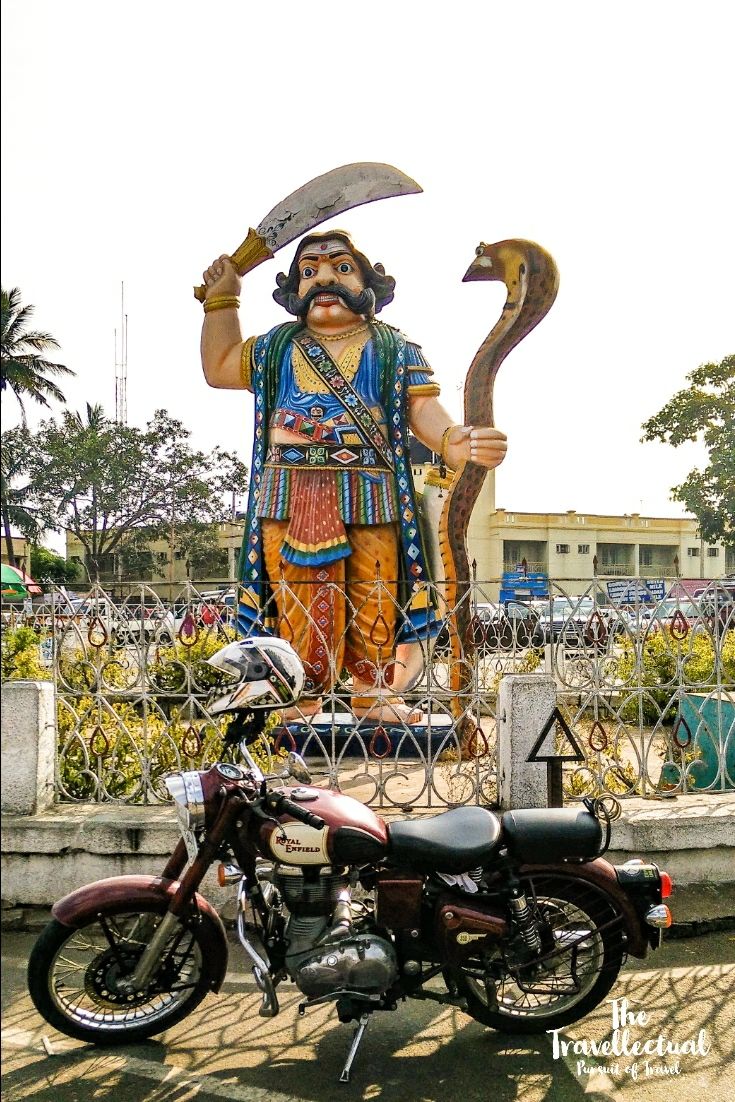