Vaishnodevi - a place not limited to religious devotees 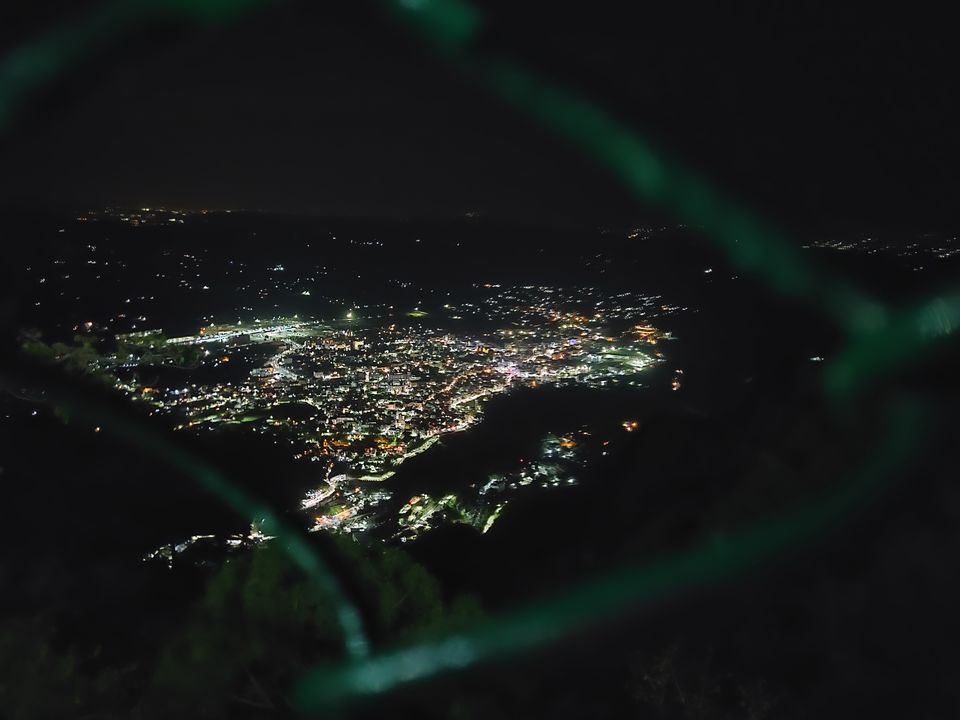 A trip to Vaishnodevi is supposed to be sacred, one which few people get to have in their lifetime. This is one of the ultimate places to visit before you float away to nothingness. But what if you do not belong to that class of religious people, does the place still offer value? Yes, it does.

I won't say that I am not religious; it's just that my belief of the divine is not subject to specific places and rituals. So, when my family planned a trip to Vaishnodevi I was not sure if I shared the same passion about the whole venture as my god-loving family did. But I am happy to say that I was wrong and it is a place for ALL, irrespective of their religious beliefs.

The journey began from Delhi, boarding a train to Katra in the evening. We reached Katra in the morning and checked into a hotel. The hotel was an ordinary one (costing about Rs. 1200/night for a family room) as we did not have plans to stay the night there. We wanted to start the trek to the Mandir in the evening and reach by morning. Since we had elderly people with us, we wanted to have enough time in hand to reach during the morning puja without rushing anyone along the way.

After some rest at the hotel, we proceeded towards the trek point. We booked an auto from the hotel that took us there but before that it took us to a registration point. Here you need to provide some form of identification to be able to move on with the journey. The main entry to the Vaishnodevi trek is about a 1km from the drop point. At the Darshani Darwaza (main entry point) you show the registration passes and start the journey. This place also offers a great view of the Trikuta hills on which Maata ka Bhavan (the temple) is located.

We had decided to cover the entire journey on foot. One can also avail the Helicoper service from Katra which takes you directly near the Bhavan in about 10 mins or so. The total distance to be covered was 12 kms - seems like a daunting task but actually was not so. The pathway is slanting and you don't really feel the effort, except for some areas in between. It is much easier than climbing up 100s of stairs, though there are stairways in between to cut short the distance for willing devotees. There is also the provision of auto, electric cars and palkies.

Another thing that I found well done by the authorities was that the entire pathway was covered. The canopy is very useful since the road is almost always full of devotees, all round the year, in all seasons. It actually served its purpose on multiple occasions in our trek itself. Since, we had started the journey late in the evening, it had become extremely chilly by midnight (mind that fact that it was the month of May, so we had not packed any warm clothes). We had a shawl (thanks to the thoughtfulness of my mother-in-law) which we shared, huddled together. Then, finally by the time we reached near the top, it had started raining. Both the winds and the rain would have played a big spoilsport if the canopy would not have been there. So, kudos to that.

Also, the entire pathway is lined with food stalls, gift stalls, drinking water facilities, mostly clean toilets, and lots of benches everywhere. The sights keep you busy most of the way and you can always take breaks and rest your aching feet. But honestly, I did not feel that it was a 12 km walk since there was so many things to keep you occupied. People passing you chant 'Jai Mata Di' to keep the energy going, you see newly weds come to seek blessings to start the new journey, old people struggling but still going strong and so much more.

We reached the Mandir in the morning, offered prayers - lucky for us it wasn't very crowded. Everything happened in a very organized manner (no rushing, no pushing, no one forcing you to buy flowers or sweets as offering). The main Mandir is beautifully nestled among the mountains in a small cave like structure. It was surprising to see how peaceful it was considering the place was filled with devotees. The serenity of the place does create a special feeling of divinity that calms the mind.

After the darshan, we decide to pay a visit to the Bhairobaba mandir which is another short trek away from the main Bhavan. But since most of us were tired, we decide to take the ropeway from the Bhavan which takes around 3 mins to reach the mandir on the top with a fare of Rs. 100/person (roundtrip).

The mandir on the top is much smaller but is considered to have equal importance and one who visits Maa Vaishnodevi also pays a visit to Baba Bhaironath. The place is filled with monkeys who seem to be ever ready to snatch food packets from your hands (so be careful of what you carry). It also has a lovely viewpoint - a huge open terrace kind of place, overlooking the greenery below.

We took the ropeway down and then walked the entire distance again but with satisfied hearts and calm minds. So, in case you are wondering if Vaishnodevi is a place for you, don't ponder too long, give it a try.