For the first time in my life, not googling about a place has paid off

It was during one of our tea breaks, someone in the group popped in the idea of going to Rosemala that weekend. Though none of us knew much about the place, the fact that the place was just 100 kms away and none of us had anything better to do in the weekend, we all readily agreed.

It was when we were gearing up for the trip early in the morning I realised that I had no clue on what to expect from our destination. I am someone who googles anything and everything, but this I had forgotten to. As I was already late, I put on my jacket and hoped for the best.

As John rode his bike through, I sat comfortably as his pillion. The road was familiar to us till we reached Thenmala. Small roads and occasional traffic were expected and didn't bother us much.

But when the tarred road ended and a muddy one started, we were thrilled. The dirt road meandered through a small forest and it was no less than a challenge to ride bikes through them. There was a high chance that the bikes would skid in the mud, but as we all had proper riding gear on, it didn't concern us.

The ride through the mud road was longer than expected. We stopped by a couple of places as we saw some small waterfalls, and I had to get off the bike and walk for a while at places where John thought it would be too risky to ride with a pillion on.

Tiresome as it was, we enjoyed each second of it. The forest got darker and thicker as we rode inside. There were small calm ponds on the side of the road, reminding us of Terabithia.

When the road finally came to an end, we parked our bikes there and continued on foot. The walk was as tough as the ride, if not more. The way was rocky, and at places slippery. But luck favoured us there and none of us tripped and fell.

After walking for almost 10 minutes, we came to the foot a hill, and we knew it was our destination, Rosemala. The hill seemed like an ordinary one and we all wondered whether Rosemala was only about the ride, as the hill didn't seem to be promising much. But we were no less happy for it as the ride had been a wonderful one. We all began to climb the hill with the thought of resting for a while before we return.

The prejudices we had in our minds were wiped out by the cool breeze when we reached the top. We all were left speechless for a while by the stunning view. For the first time in my life, not googling something had paid off.

Down the hill, the mighty Neyyar river was gleaming in sunlight. In the middle of the river, there were numerous islands of lush green bordered with river banks which seemed to be pink in color. Enchanted by the unexpected beauty, we all sat down on the rocks and gazed on Neyyar for a long while.

But the surprise didn't end there. In one of these islands, a bunch of elephants came out to drink water from the river. We would have easily missed the sight had the security guide of the place didn't point it out for us, as the elephants appeared as tiny as mustard seeds from this distance.

We all stayed there for a couple of hours and submerged in the elegance of Neyyar. As we were riding back through the forest, we all had long forgotten about our hunger, as our hearts were filled joy that Rosemala had offered. 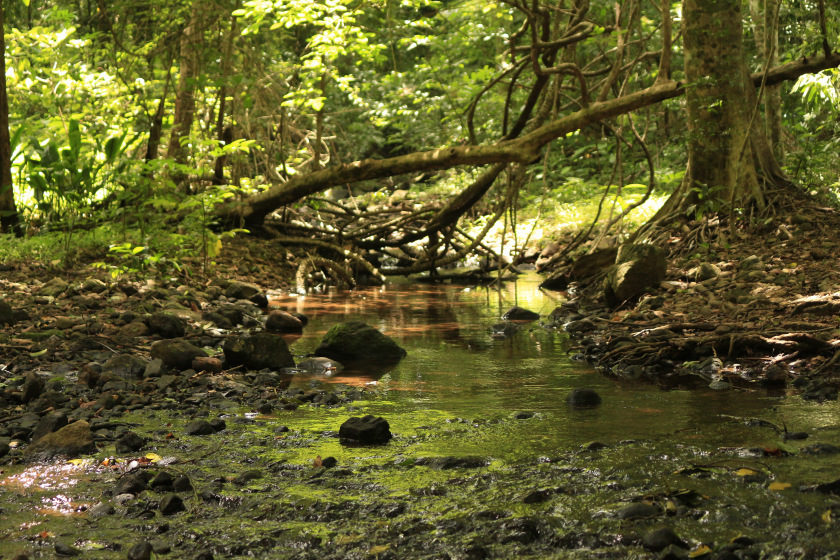 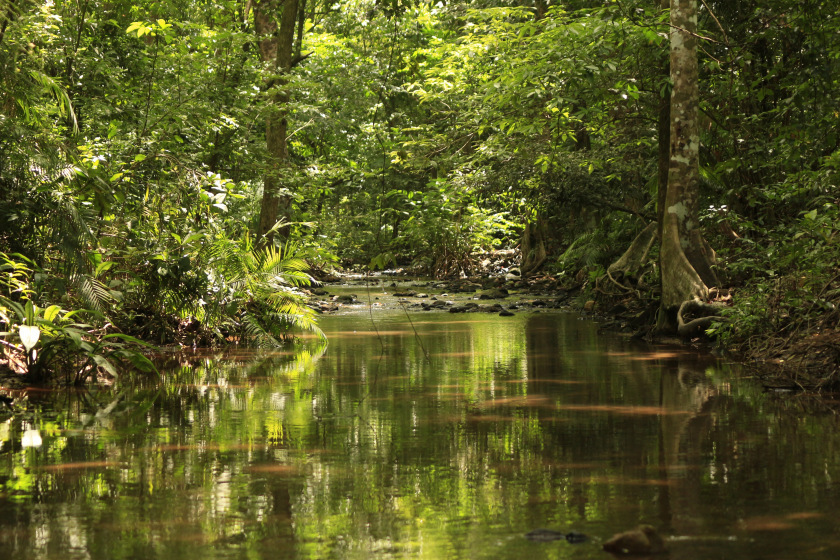 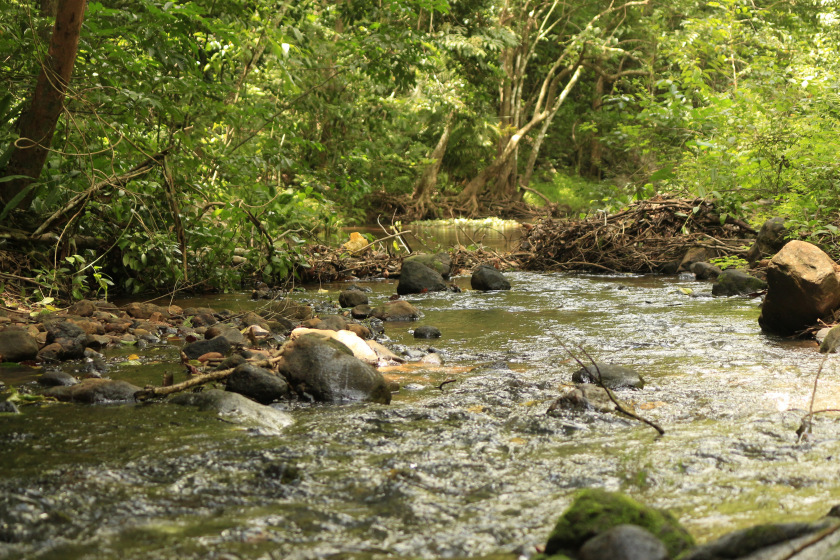 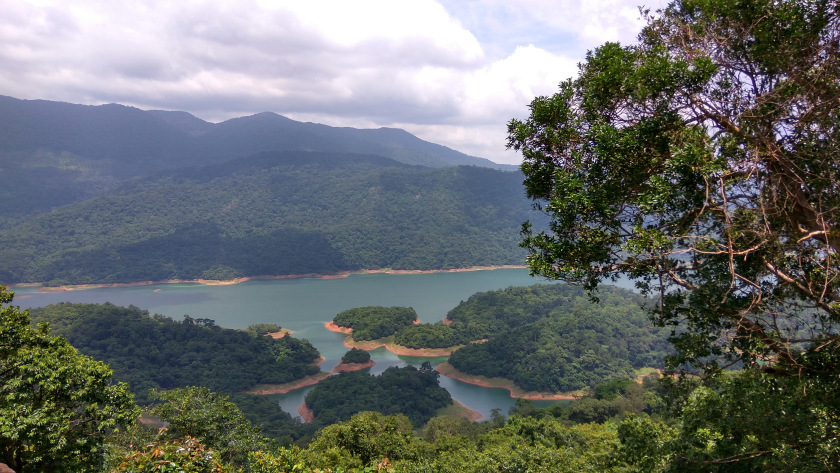 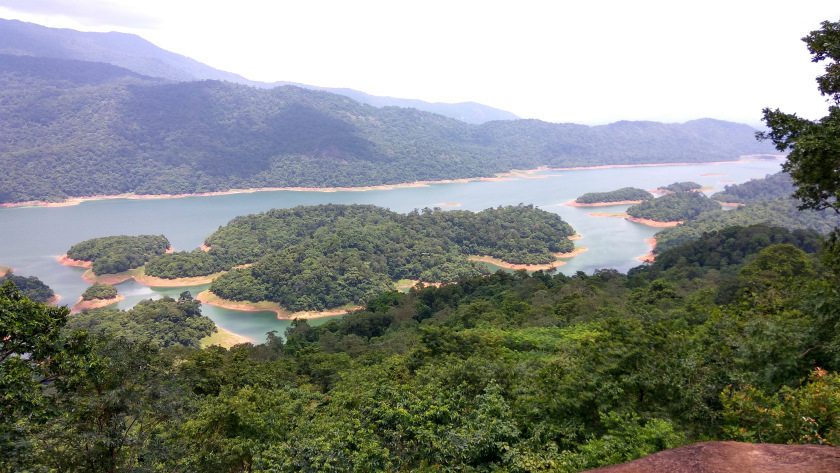 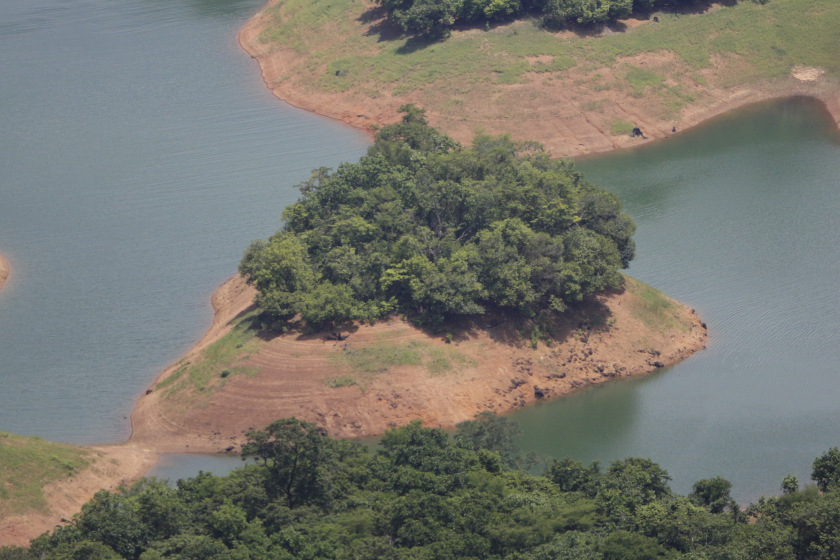