Kerala Travel GuideKerala TripsHow I Ditched The Touristy Crowd And Soaked In The Charms Of Fort Kochi!

How I ditched the touristy crowd and soaked in the charms of Fort Kochi! If you are flying in to Kerala, it is most likely that you will be entering the state through Kochi International Airport. But, it should not just be a stopover before exploring the other parts of the state!

A little far from the main city is a laid-back coastal town which had once been the famous Cochin port of Southern India, a gateway to the Western coast. Fort Kochi had been a hotspot for many colonial invaders and spice traders around the globe. Whether it was the English, Dutch, French, Jew; sailors from across the world have left their presence in this little coastal town.

Today though the foreign invaders are gone, you will find curious Indian and International Tourists around this little town looking for Fort Kochi's colonial history alongside its cultural heritage.

Unlike most tourists' notion, that Kerala is best explored during India's winter months i.e. Nov to March, I planned to visit there in the month of May. Though my main attraction this time around Kerala was exploring the lesser known hill-station of Vagamon, I clubbed in Fort Kochi for two nights as well.

People I met on the way and back home, told me Fort Kochi was a bad idea in the month of May given the tropical heat the coastal town might experience. But now, after I have actually experienced it, I would definitely recommend the summers as well!

Here are some reasons, you might want to explore Fort Kochi in the Summer months as well -

- The biggest differentiator is the crowd! Contrasting to the tourist influx during the winters, the summers hardly have any touristy crowd around.

- So summer is an off-season in Kerala. This also implies, you get accommodations at quiet cheaper rates. Most of our hotel rooms were empty when we had checked in.

- If you have been around south India before, you know that the monsoon winds enter the southern coast much before the rest of India experiences it. Chances are, you might experience cloudy skies or light showers in the evening hours of May, which would obviously bring down the temperatures.

I do not find much to list, but here are the two points which you might consider!

- Midday hours (1PM to 4PM) might become quiet hot but I will share below how I spent it.

Fort Kochi is a rather small area and can be explored on foot. Places which are at a distance of over 5 kms from your accommodation can be reached by hiring an Auto Rickshaw/ Tuktuk. Alternately, you can also hire a bike or moped for the entire day. 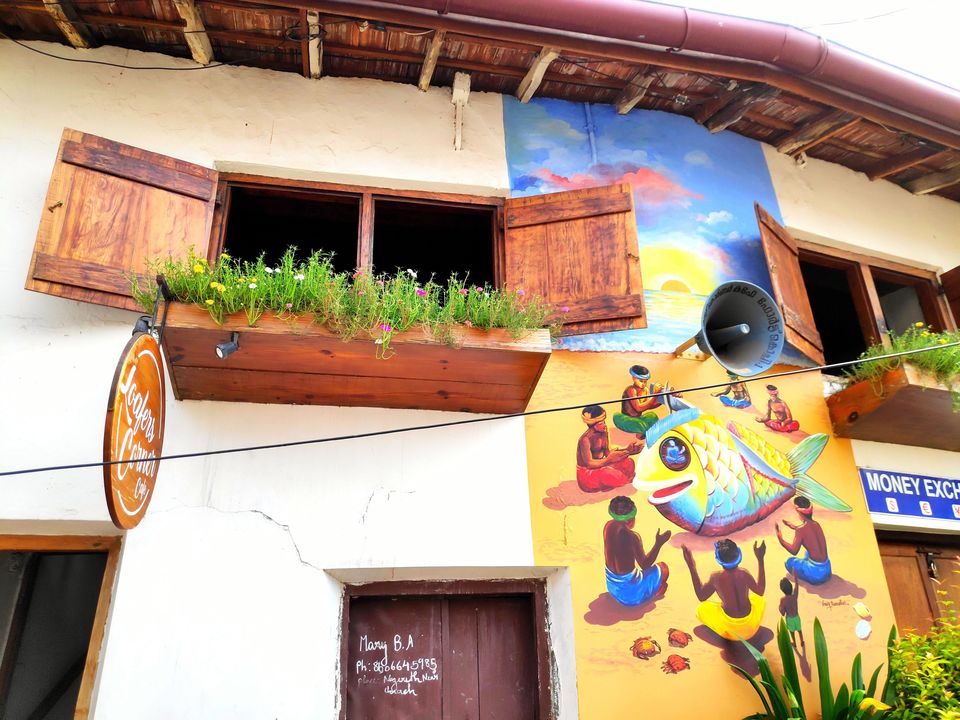 1) Start your day with a scrumptious English breakfast and freshly brewed coffee around any of the Breakfast Cafes of Princess Street. I had the best mushroom sandwiches ever at Loafer's Corner Cafe and that aroma of freshly ground coffee beans still lingers around my nose, whenever I think of it. 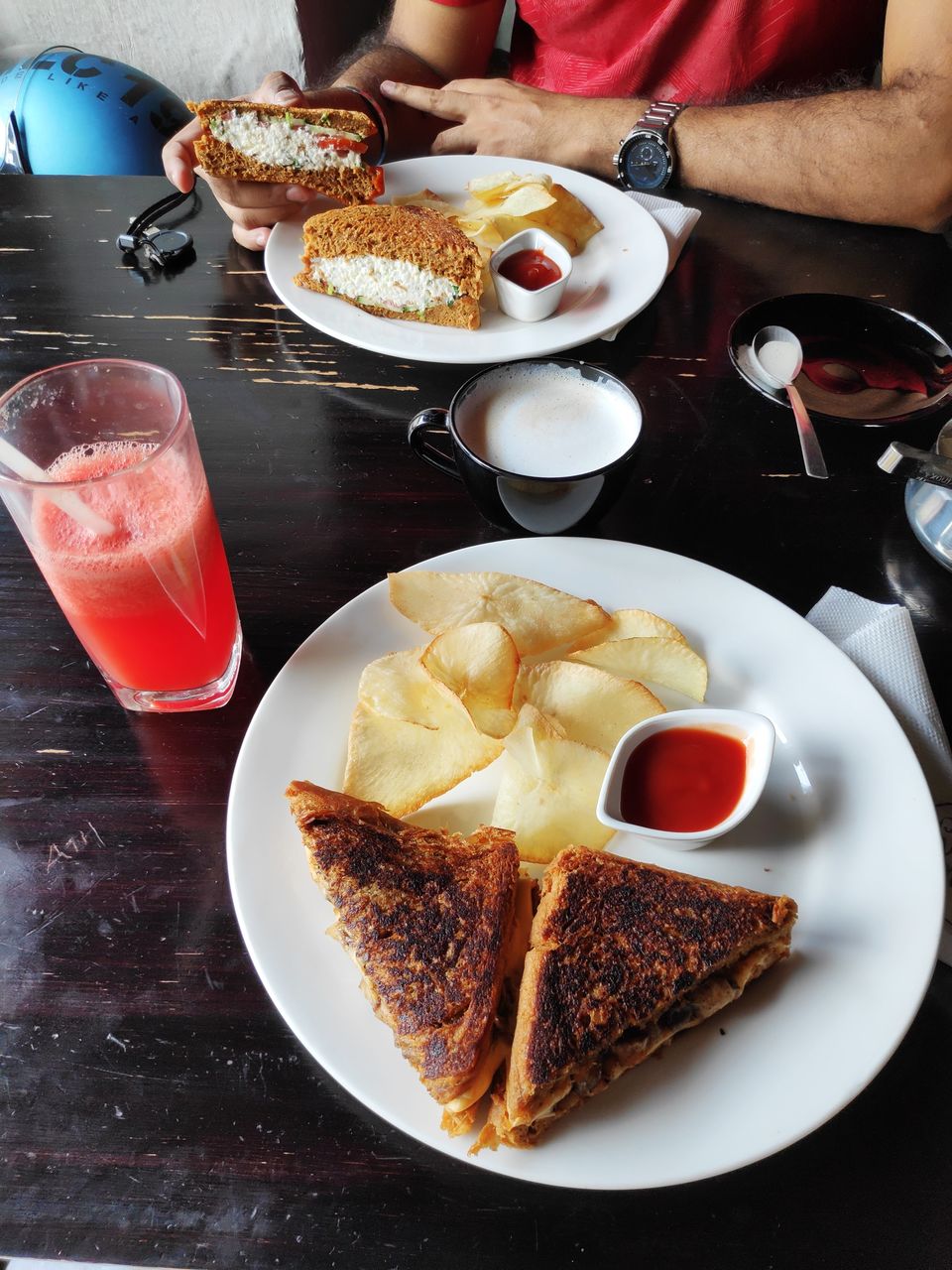 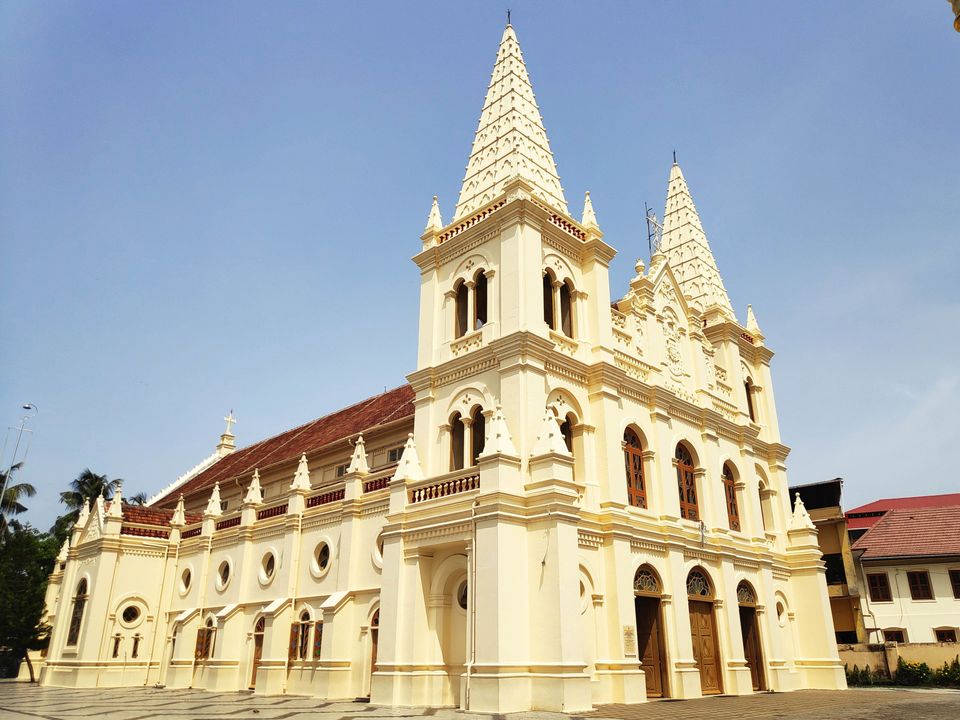 The interior canvas paintings hanging from the ceiling of Santa Cruz Cathedral is something you much check out. It depicts the Last Supper (a replica of Leonardo De Vinci's painting)

3) Next in the list would be the famous Jew Town street. This is known to be one of the oldest street market of India. Ages ago traders from different places sold and bought goods/spices here. 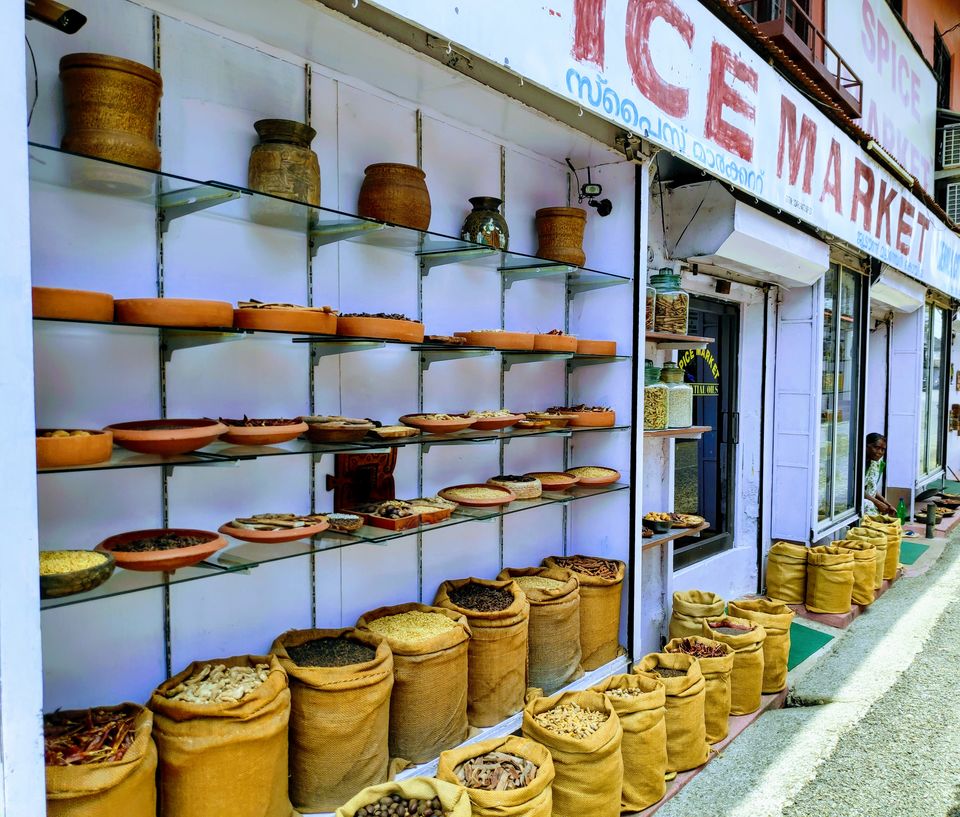 You could explore the market area specially for variety of art and antique artifacts. The street also has many art cafes where you could plan to spend some time. We also explored the Police museum and a privately managed Antique museum at Jew street.

4) Paradesi Synagogue, the oldest active Jewish Synagogue in the Commonwealth that is located at the Jew Town street. If you find it open, do explore the indoors. I couldn't explore its interiors when I visited. Being a Saturday, it was closed. 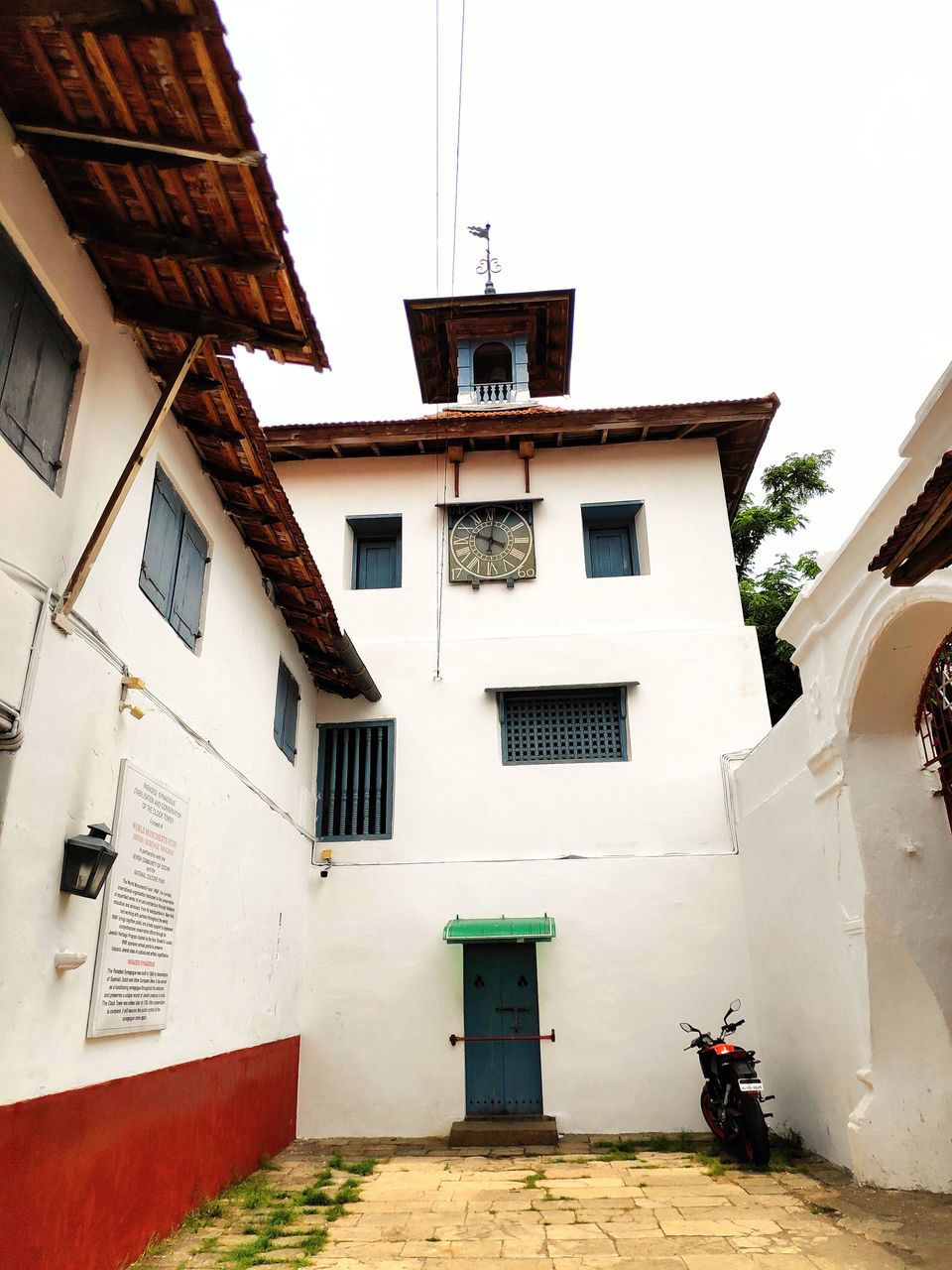 5) Not very far from the Jew Town street, is the Mattancherry palace, the Royal House of the hierarchical Kings of Kochi. Today, it stands as a museum displaying hand-painted murals, artifacts of the royal family, the pictorial depiction of the evolution of the kingdom like the first postal stamps, currency, traditional costumes. 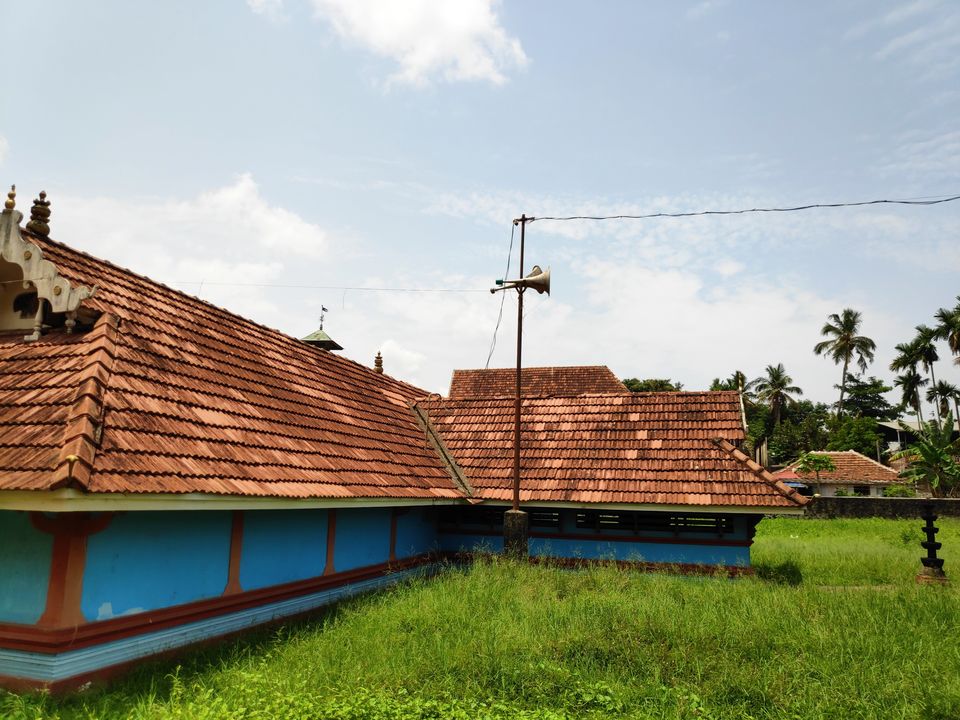 This could be a good indoor exploration around mid-day, when you might feel the sun above your head.

6) Cemeteries - Do not miss the Dutch Cemetery, next to St. Francis Church and the Jew Cemetery around Jew Town where you could find the gravestones of the people of these communities. However the cemeteries are locked and you may just be able to peep from the gate. It is a very old cemetery, not in use but has many names carved in Hebrew on the gravestones.

7) After some delicious lunch, head to the Indian Naval Maritime museum, in the afternoon. It is an amazing museum of the Indian Navy which has been constructed using two bunkers of the World War II. This place definitely sores your pride for the Indian Navy and their contribution at protecting the coastal borders. Don't miss the seeker helicopter(world's first amphibious helicopter), torpedoes and missiles displayed in their premises. 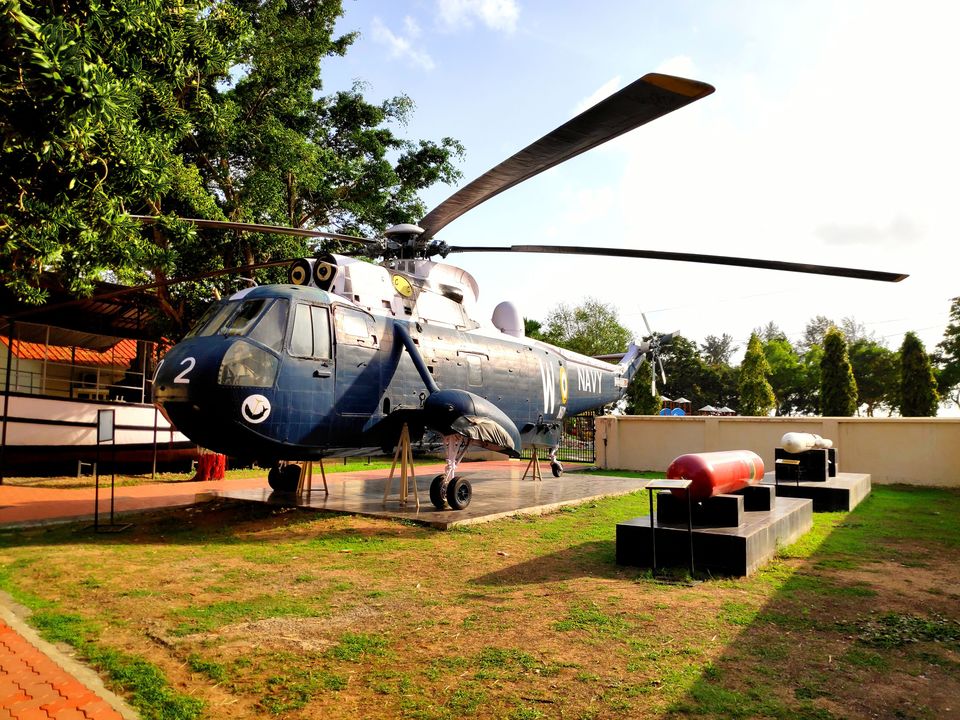 8) Once the sun goes down, you have a couple of options yet to take in the essence of Fort Kochi.

- You could sit and enjoy the beautiful sunset at the Fort Kochi's Vasco De Gama Square. The famous Chinese Fishing nets can be located here.

- Or you could choose to enjoy a cultural performance of the Kathakali Dance at the Kathakali Center. Make sure to book you seats in advance. 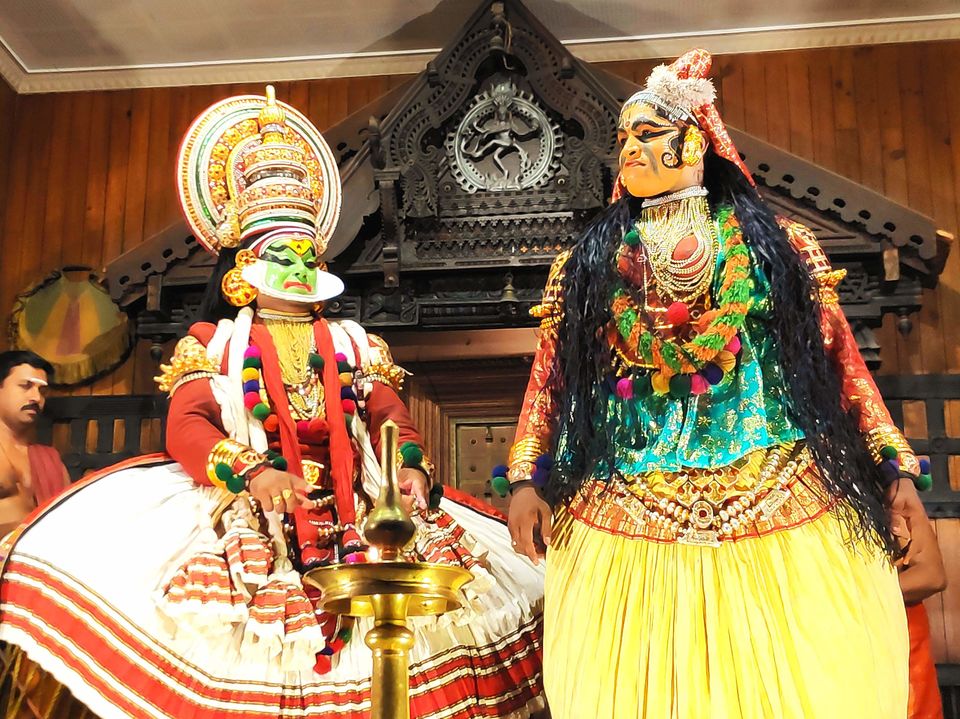 Fort Kochi has impressed me on my first visit and I would definitely go back some day.

Lastly, I can't emphasis enough to try the cafes and restaurants around the town. Not just for their sea food cuisines but the many French cafes and bakeries around here are known for their most authentically prepared cuisines. Note, they make their own breads and grind their coffee beans in those mechanical grinders. 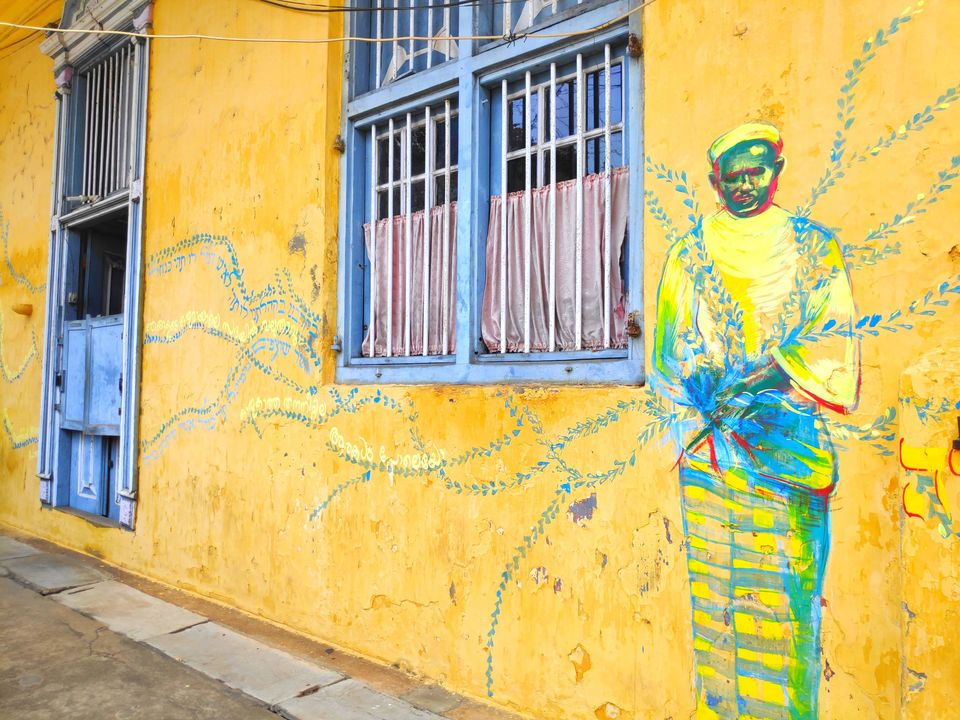