A man in a blue shirt in looks at us without much thought. A very serious chess game is in progress as we walk into the Sea Ip church. We inquire that we want to see the temple upstairs. He asks us to wait. While we wait he tells us his name is Tai. Strategically moving his defences forwards, he answers a few of our questions between moves. A caretaker takes us upstairs to an unknown treasure in Kolkata.

The Sea Ip church, a Buddhist-daoist temple dedicated to the goddess of mercy, Guan-yin. The sheer beauty of the small but exceptionally ornate shrine transports you to another land. The caretaker tells me this particular shrine was opened in 1907, at an earlier location and was moved to its current location at Tiretti in 1909. The Chinese community in kolkata came primarily from the Guangdong region of China, popularised as Canton by the English Merchants of the East India Company. With opium trade flourishing between the ports of Canton and Calcutta, many Cantonese folk migrated here as sailors, carpenters and dentists during the 19th century.

Although these are temples, the term 'church' was used by British administration and has continued till today.

When we came down from the magnificent temple upstairs, Tai told us how this very area of kolkata had almost more than 30-40 thousand chinese people staying which peaked in the 50s and 60s. He mentioned that after the Chinese attack on india in 1962, a major backlash was meted out to the innocent Chinese community in kolkata leading to a slow and continuing exodus. Today the entire community has reduced to hardly 300-400 families.
A stones throw away from the Sea Ip church, is the Toong On church. Although these are temples, the term church was used by British administration and has continued till today. This place will also be familiar to old calcutta folk as the Nanking Restaurant. Once upon a time, a very popular restaurant that would have bollywood superstars as their patrons. Today, the building looks derelict, with mounds of junk and refuse strewn right across its entrance. On the ground floor is a fairly presiding statue if the Buddha,  and on the top floor(where the nanking used to be) is the shrine of the God of war. This was a much simpler but a still beautiful shrine with ornate wood carvings around the frame of the shrine.
The caretaker Wong tells us that today, it's very few people who come here to pray. He tells that Chinese tourists come and give them some donations and that is how they manage to maintain it. Wong also mentioned that his family had been in calcutta for nearly 8 generations, spanning more than 200 years. But with a hint of resentment, he mentions that now there are hardly any Chinese people here.
Just a walk from across the Toong On church, is the Hupeh association, and it used to be known for housing dentists from the Chinese community as many people practiced dentistry from the community. Although there is another temple in the building, it was closed. On the same street adjacent to the Hupeh association, one will come across a red door tucked into a light green wall which used to be a cemetery for the Chinese. I got a small glimpse of what was inside, but could not find anyone to open the door for me.
We finally traced our way to one of the oldest churches in the region whose address was 17A tiretty bazaar. But the sheer stench outside the entrance along with half dressed man sleeping at the entrance formed a barrier between us and the staircase, we resorted to only seeing it from the outside.
It almost seems a shame that our country would let go of such tremendous cultural treasure and watch it die a slow death in front of its own very eyes. With Amitav ghosh's Ibis Trilogy, we surely can feel more connected to these places, and it's thanks to his blog that I was able to see this part of Kolkata that would otherwise not have been featured on any tourist itinerary.
After one of my friends starts to feel nauseous due to the stench around. We decided to call it a day and go to new Chinatown or Tangra for some good food at cheap bars. This small trail is a must see for anyone interested in kolkata and it's emergence as a cosmopolitan city. In this small, insignificant and fairly unkempt part of Kolkata lies a treasure whose worth cannot be estimated, and it's almost heartbreaking to find it slowly fading away. 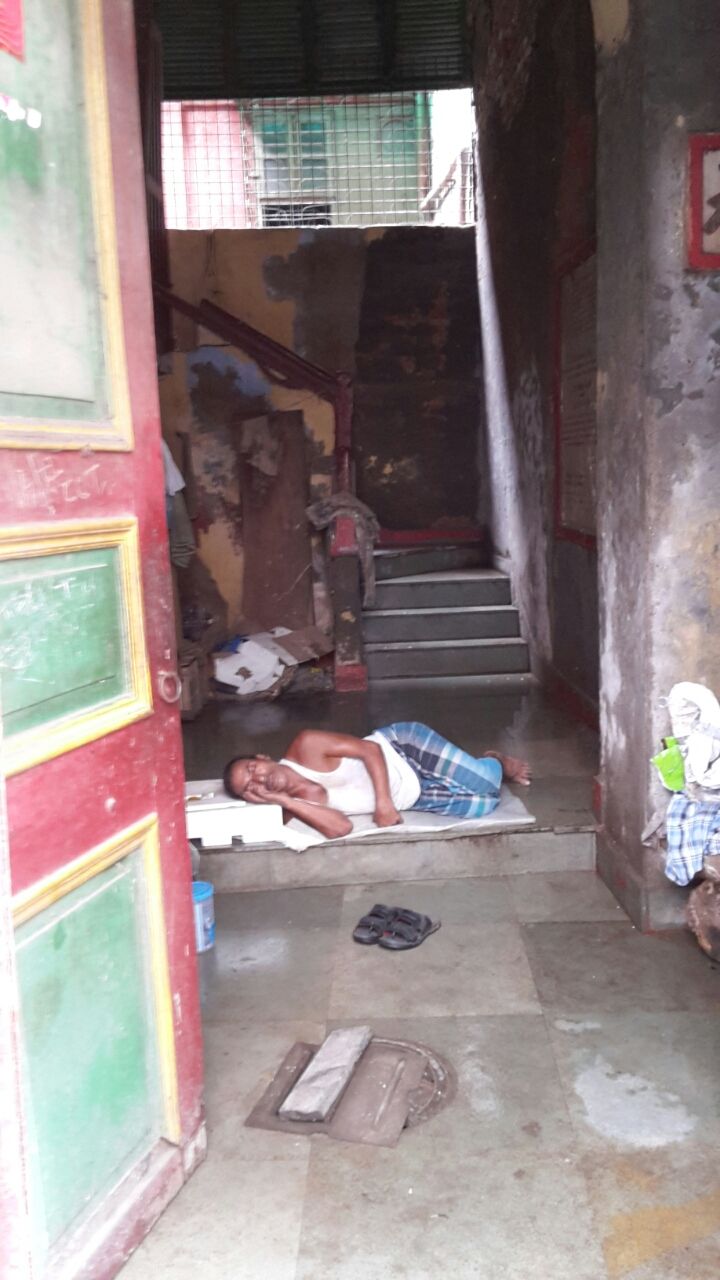 The oldest church of the region, supposed to be 250 years old. 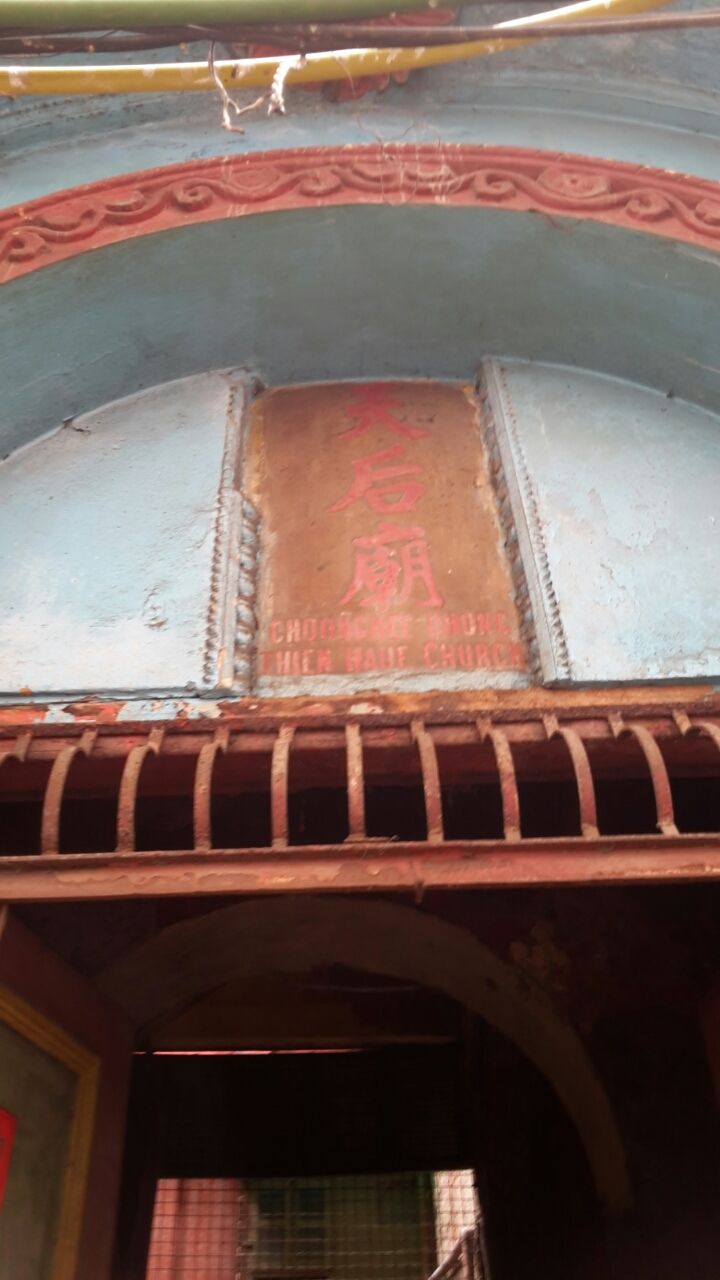 entrance with man sleeping becoming barrier from us entering. 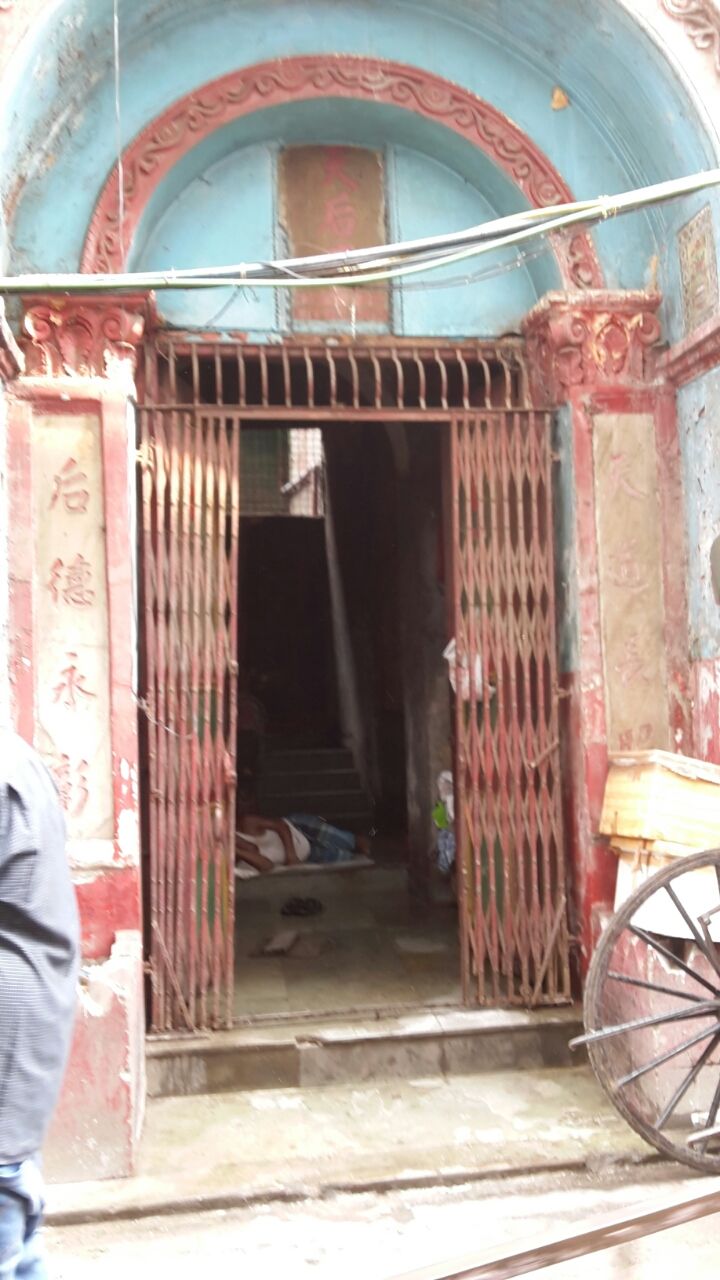 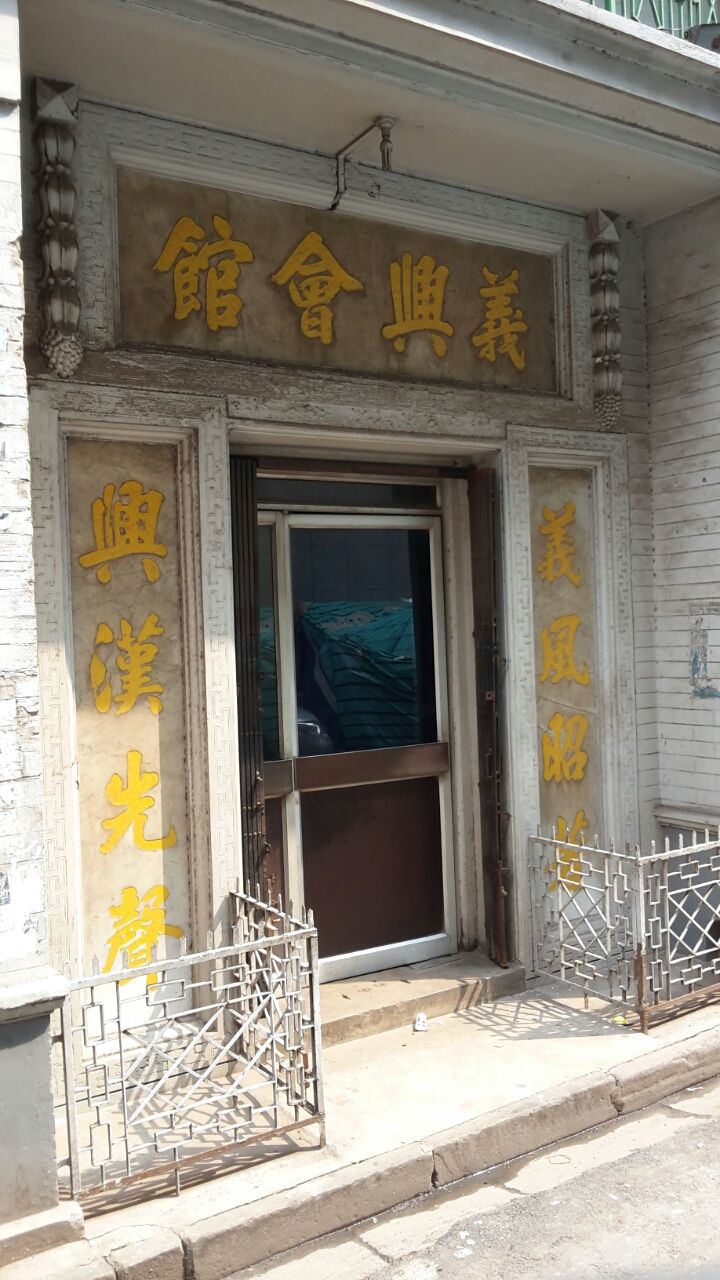