Into the nooks and corners of Kolkata

A sudden conversation with my friend made me realize that living so near to Kolkata, I hardly had been to any of its famous landmarks barring a few. Initially I was mad at my parents for taking me nowhere but Alipore Zoo and The Indian Museum, but later thanked them for it provided me the perfect opportunity to unleash the wanderer in me.I made a simple itinerary by classifying Kolkata into three parts-north, central and south, picked up the landmarks under each and set out for my journey with the most fuss-free person, my bestie with me.Thanks to the advancement in technology now, the google maps, compiled with the ever helpful people in Kolkata, never for one moment were we lost or felt unsafe. In between hopping from one place to another, we gorged on the street foods of Kolkata, which other than being lip-smacking was also dirt cheap!

So all the people out there reading this, what are you waiting for?get set go.. :)

An installation near Esplanade

Placed at a busy intersection, this installation provides a soothing relief to the eyes. 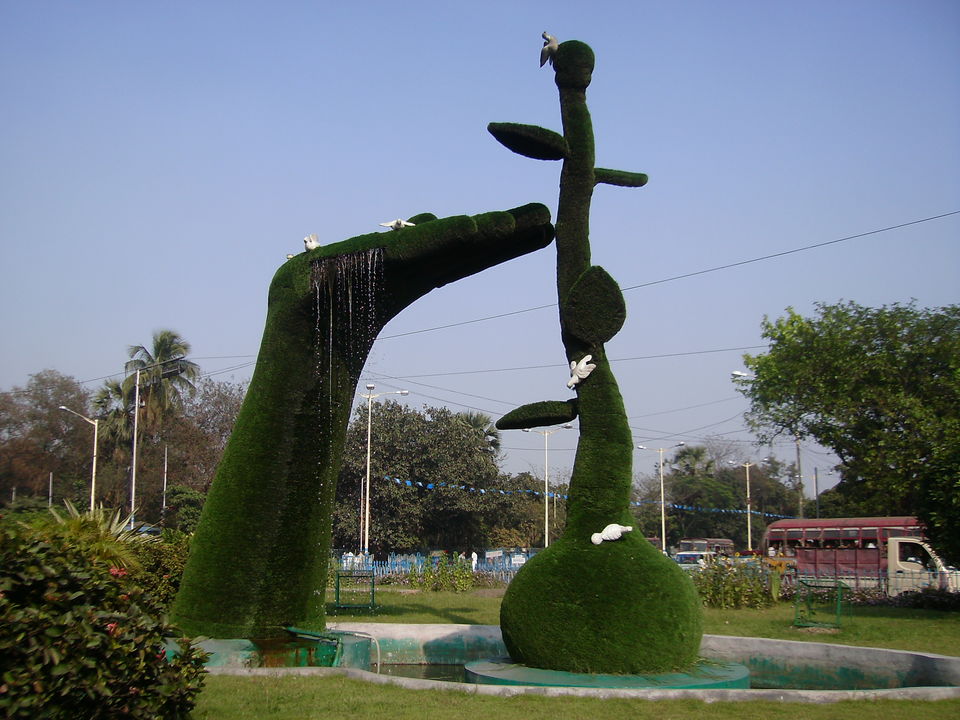 Tucked inside the busy alleys of China bazar, a little known church in Kolkata. 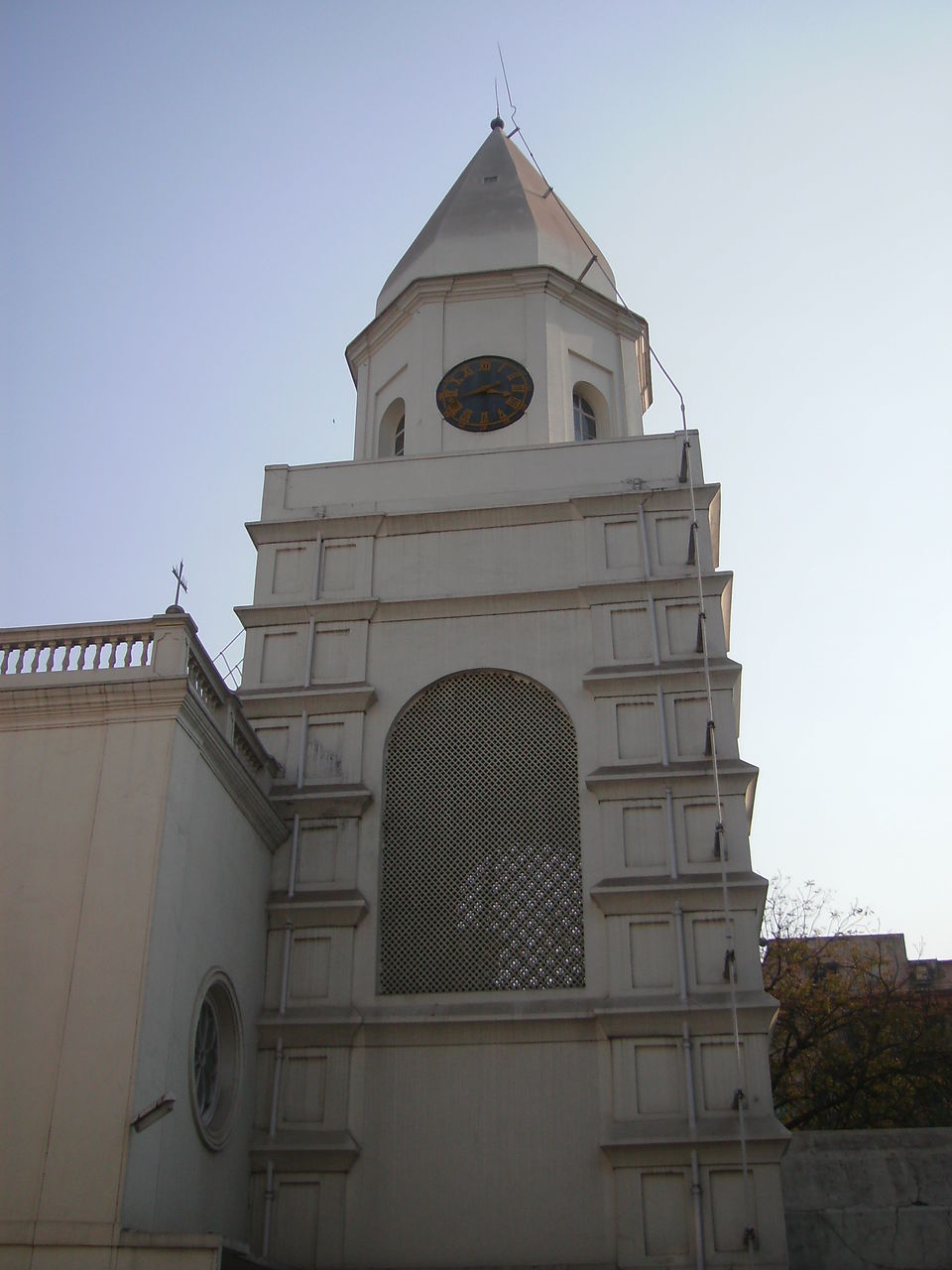 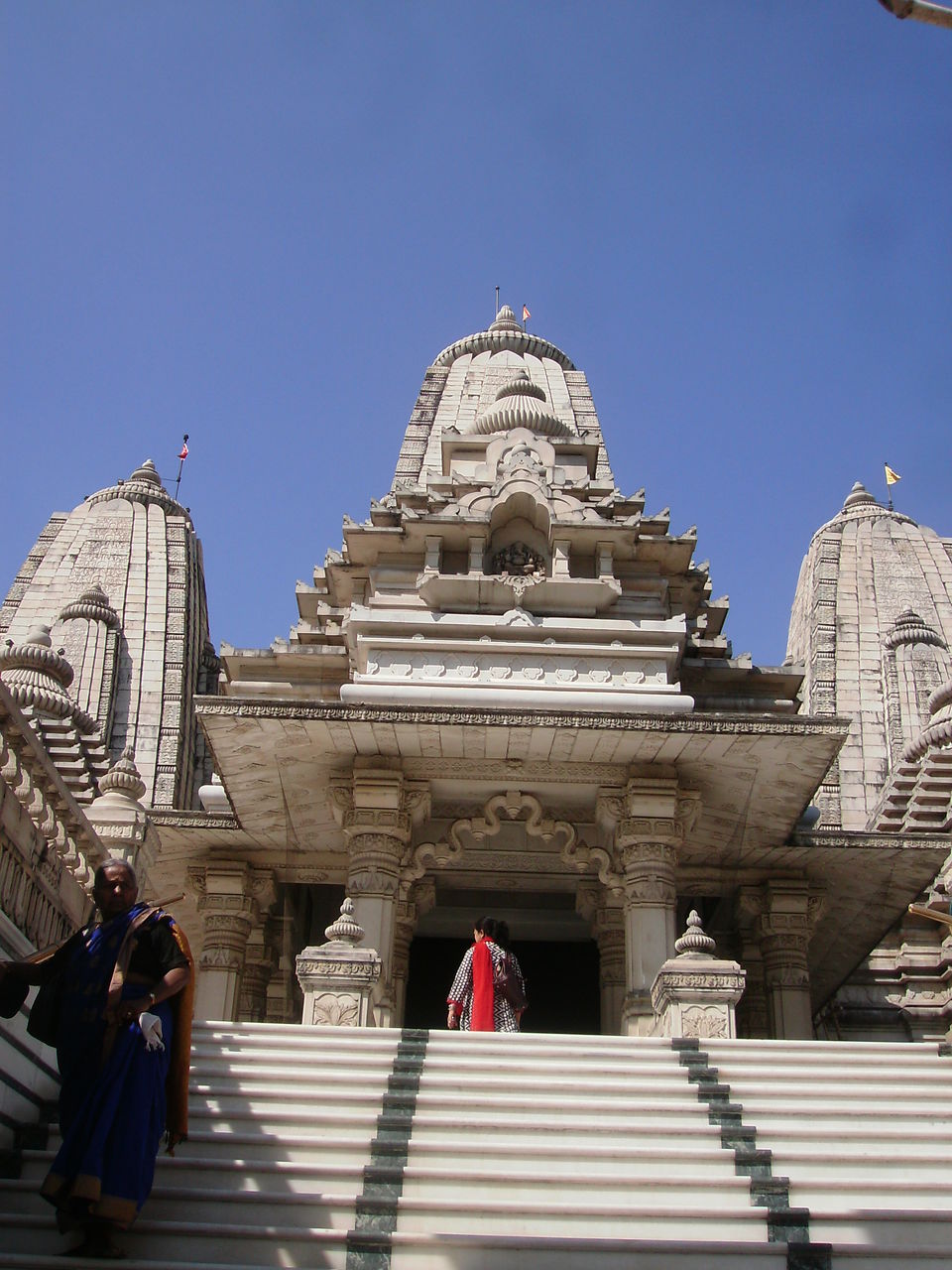 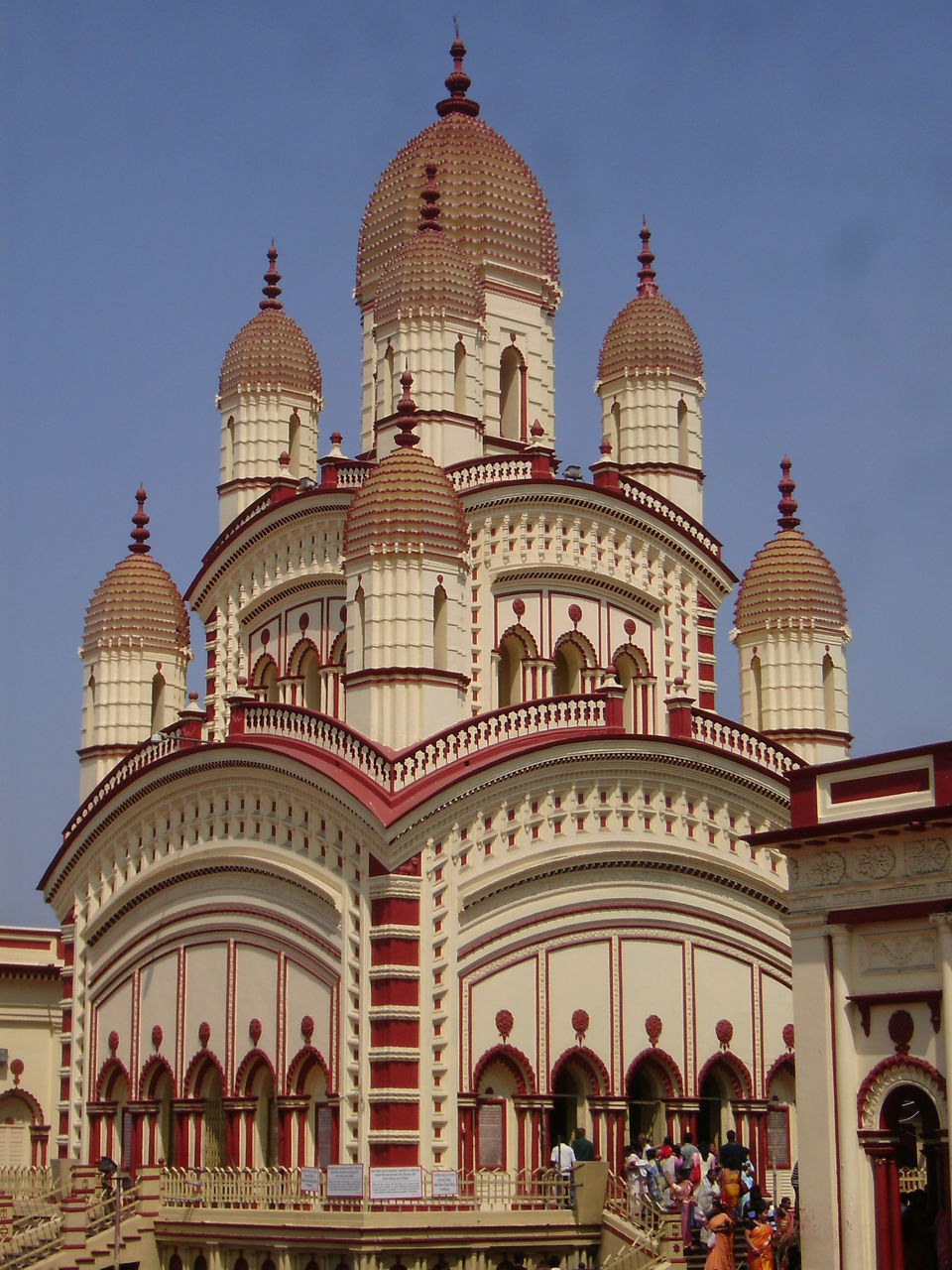 With its beautiful Corinthian pillars, the GPO stands out among the many imposing structures that adorn the administrative heart of the city, Dalhousie Square. 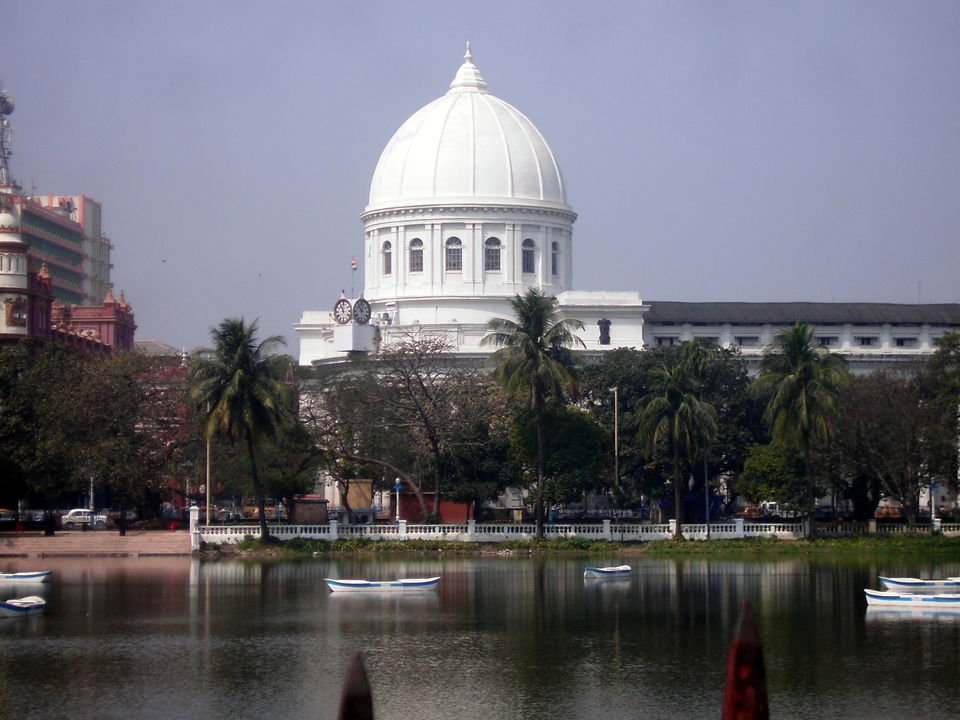 One of the most iconic landmarks of Kolkata, this cantilever bridge connects Kolkata to its twin city of Howrah. 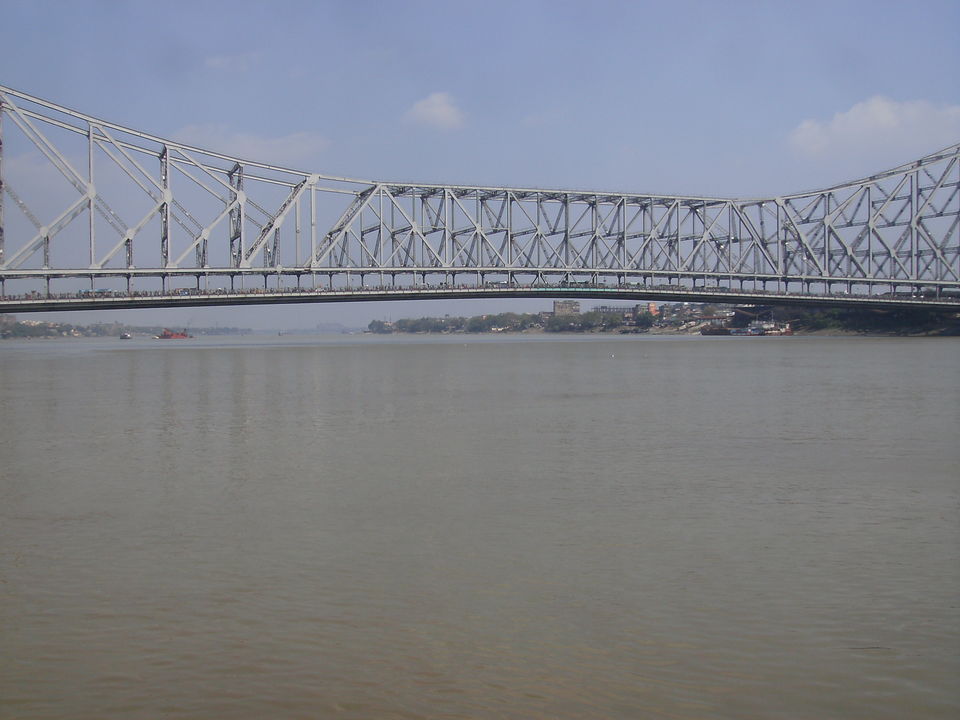 The Pareshnath Jain temple is actually a complex comprising four temples, the interiors of which are beautifully decorated with blocks of glass mosaic. 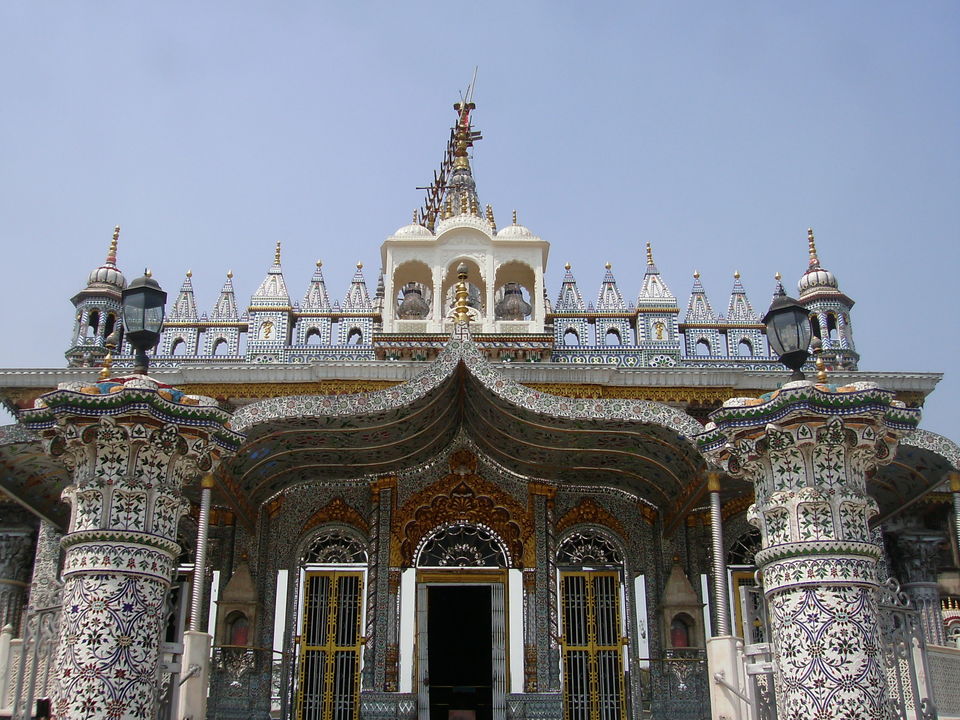 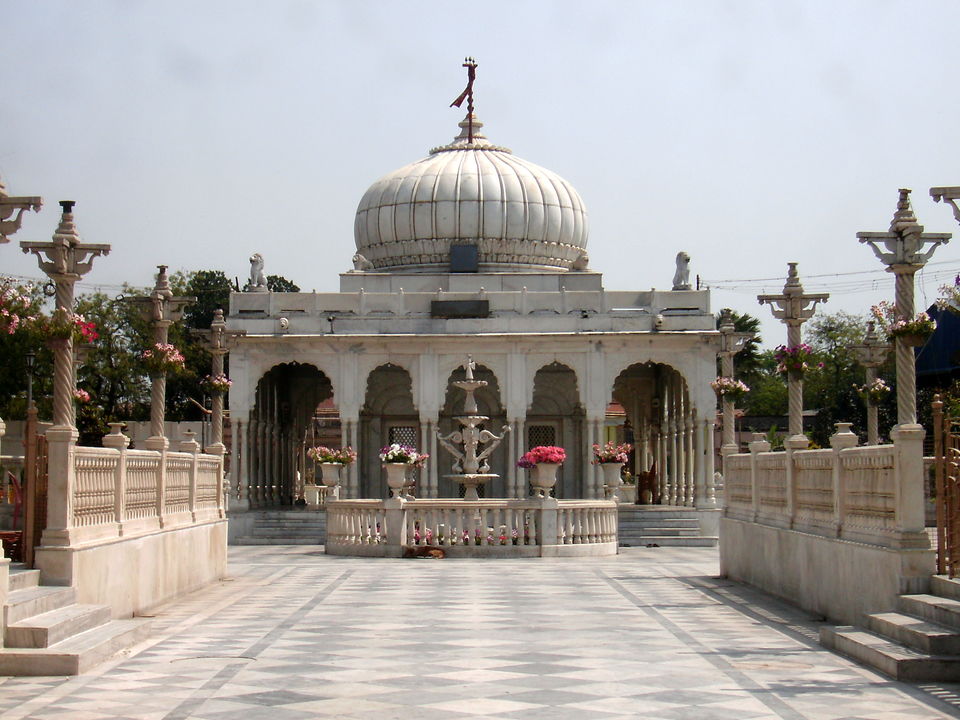 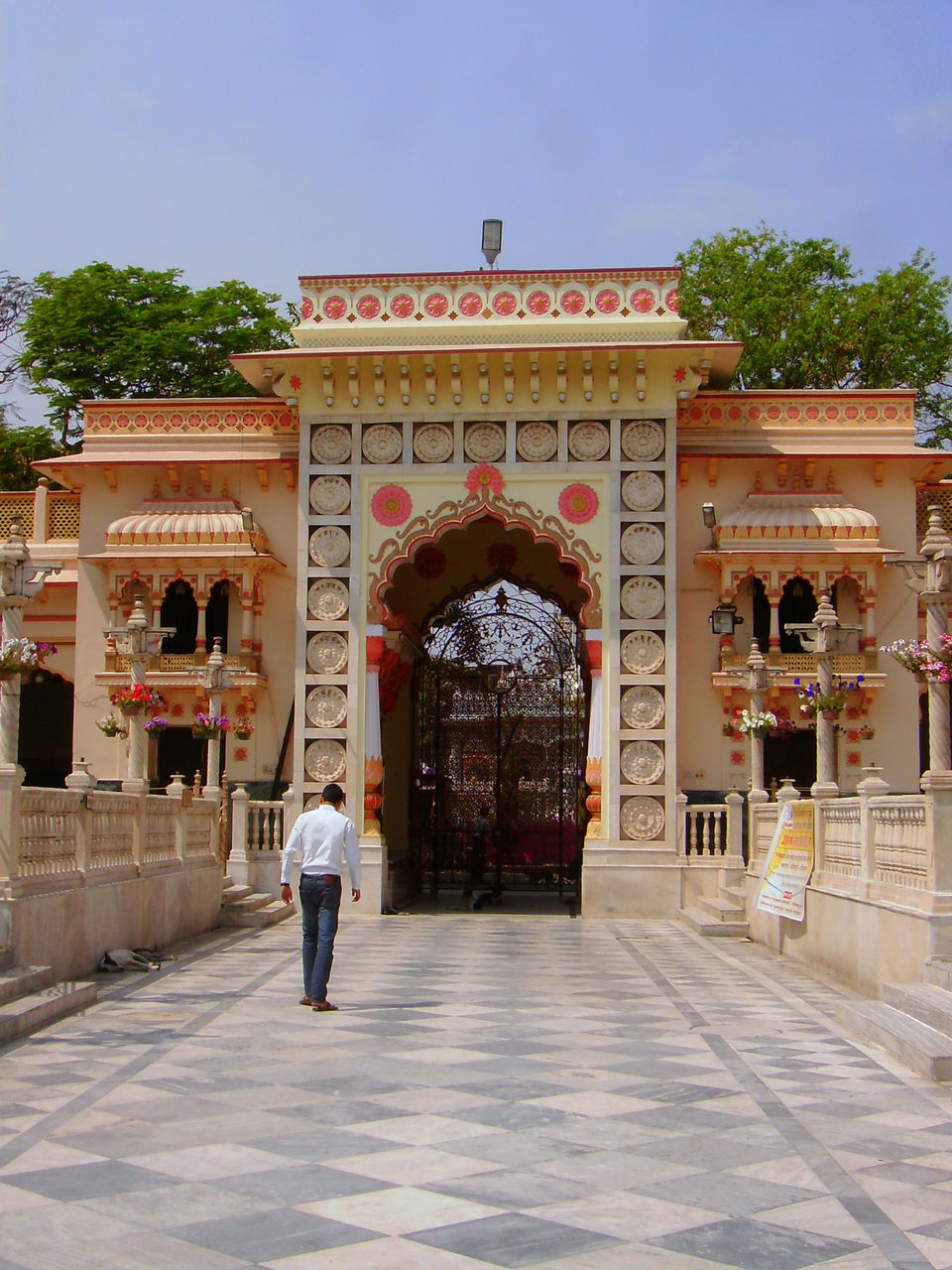 The mausoleum of the founder of Kolkata lies within the compound of St. Johns Church. 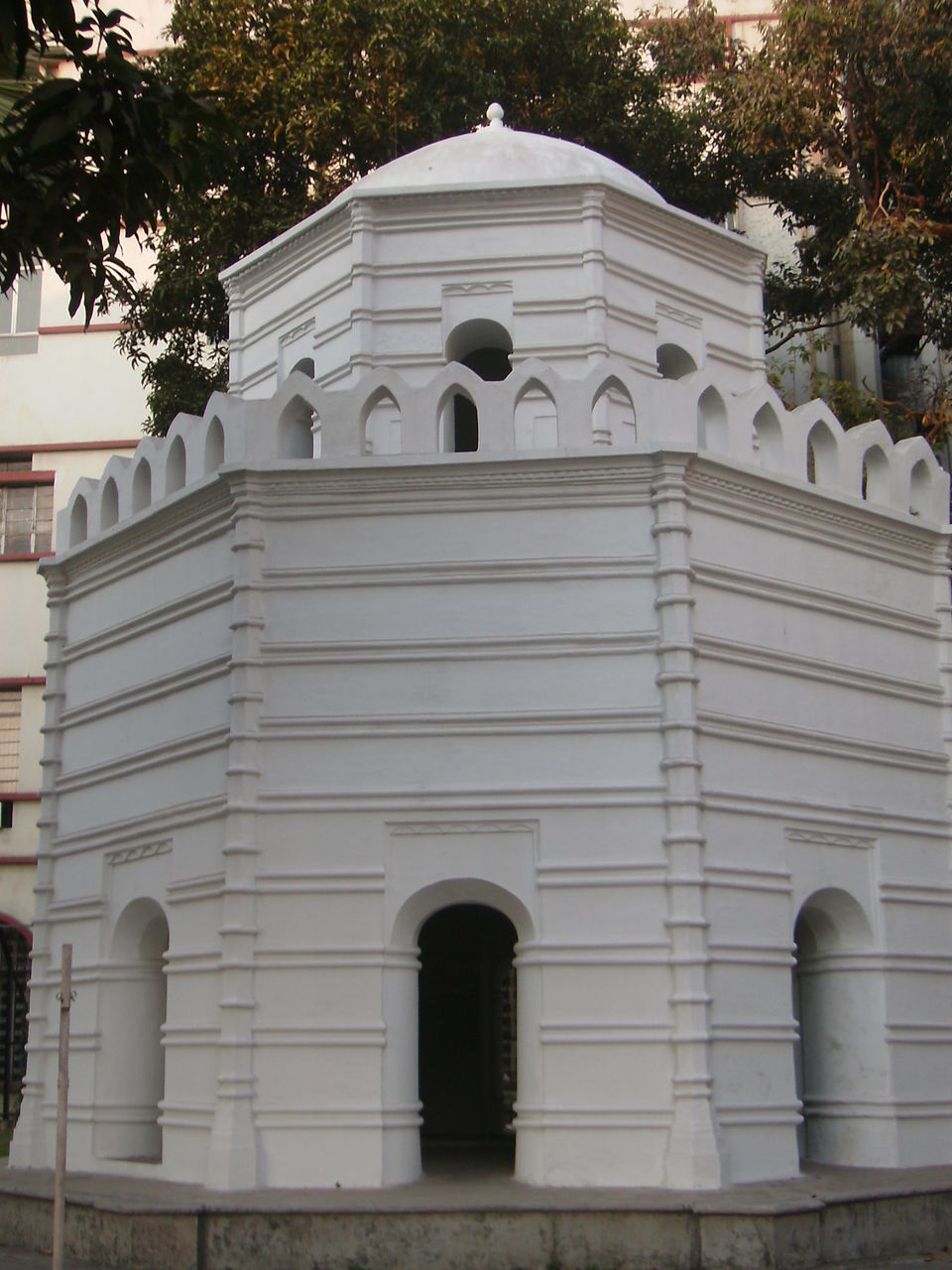 This palatial mansion is not only a sight to behold but it also houses an exquisite collection of art(a private collection) and a private zoo as well. 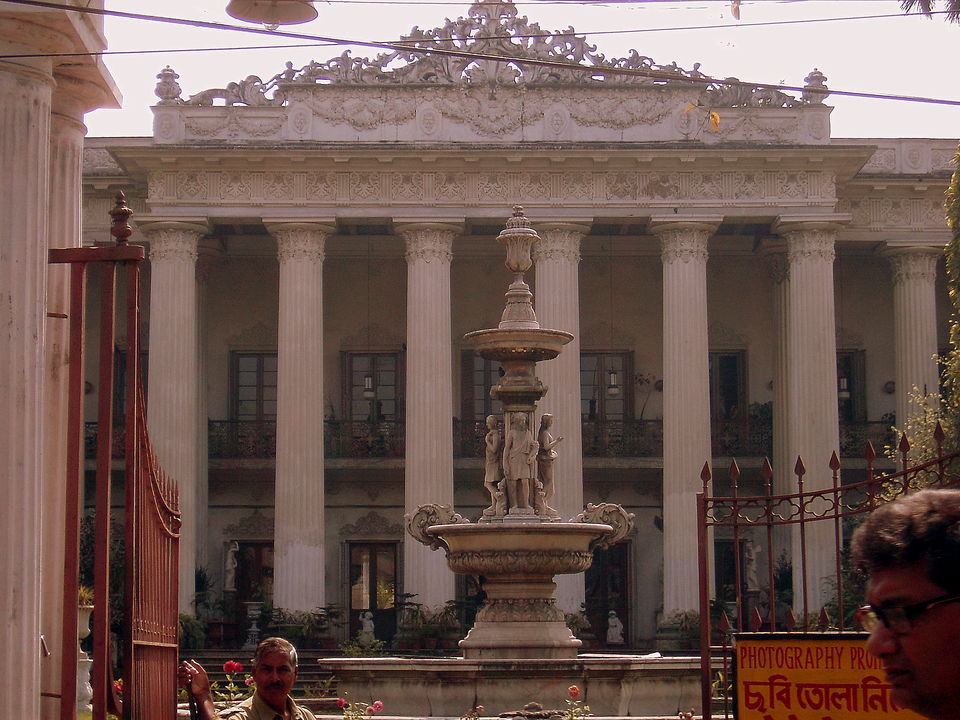 Located near the Millenium Park, this hall boasts of not only wooden staircases but also a large wooden dancing room.Presently, it is a museum of sorts. 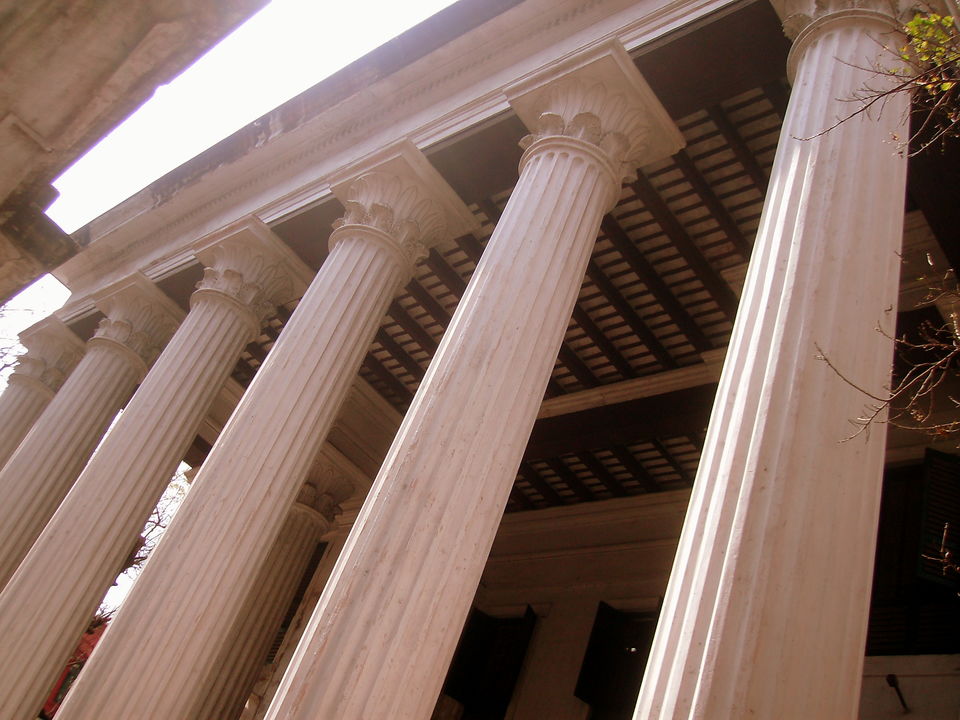 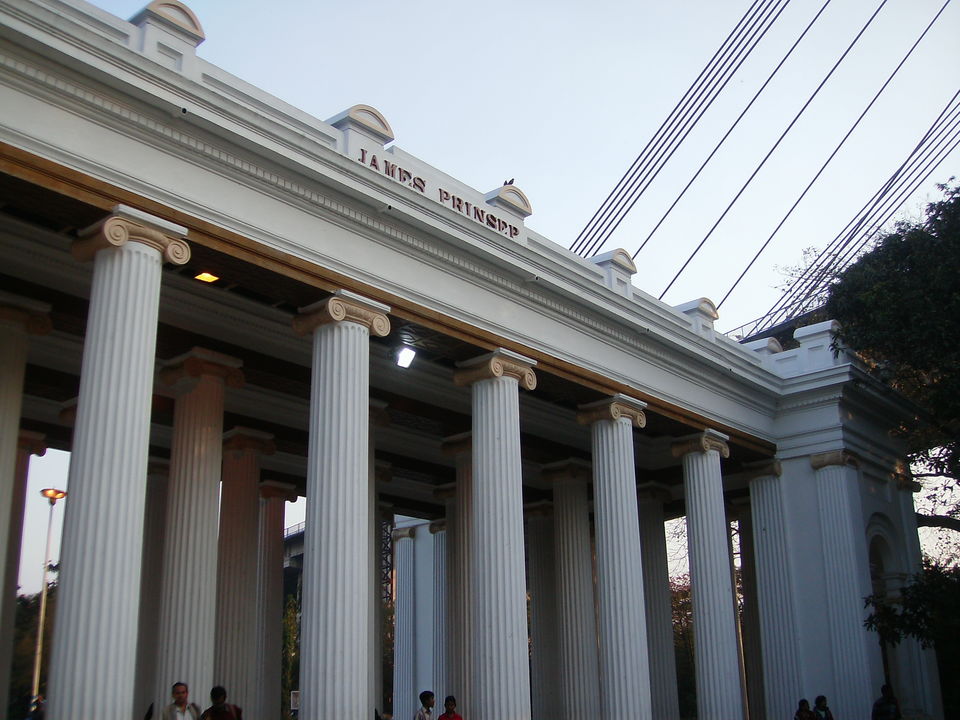 Also known as 'Pathure Girja' or Stone Church because of its brick and stone architecture, St. John's church was the main cathedral of Calcutta before St. Paul's cathedral. 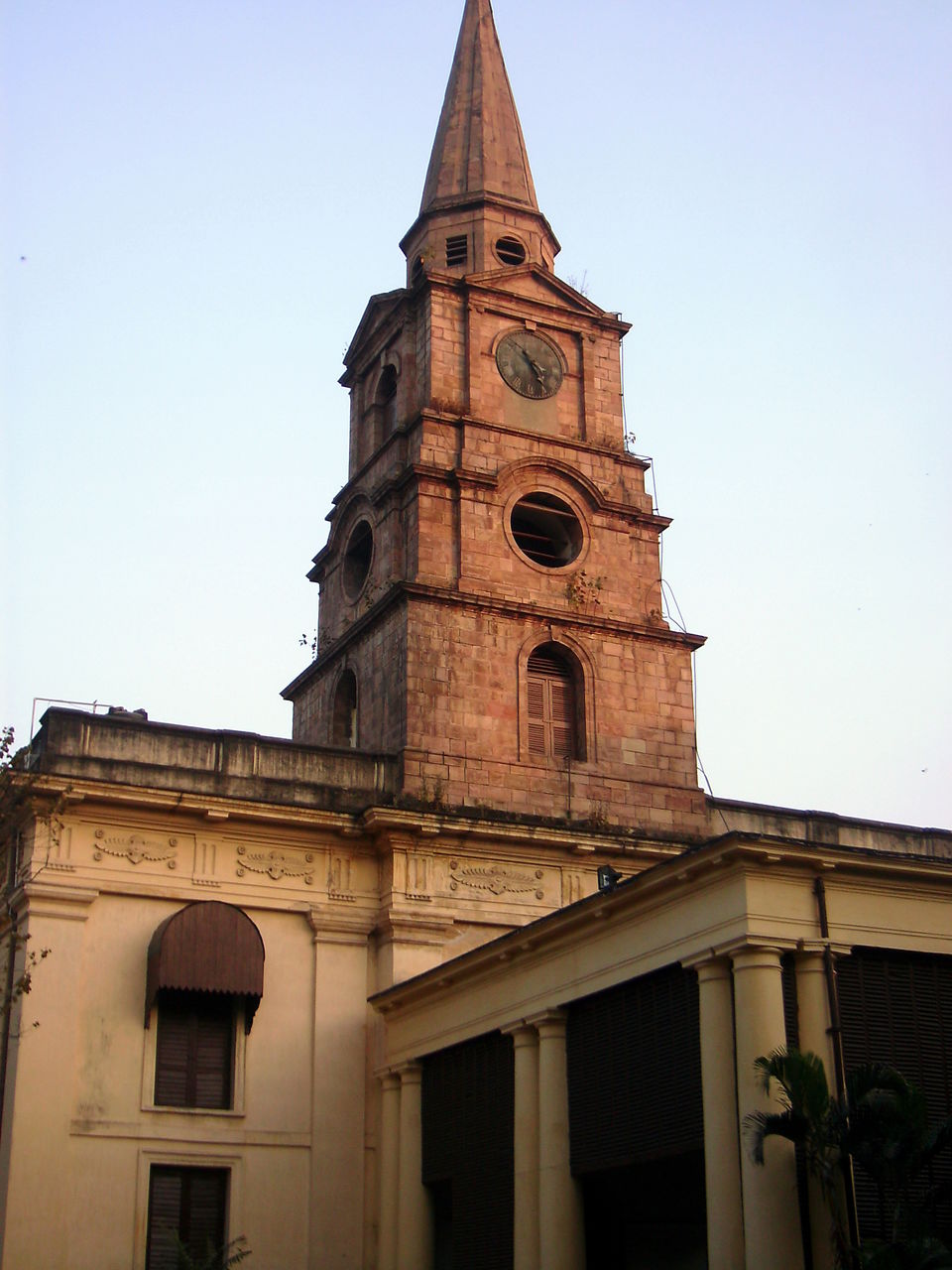 The only Scottish church in Kolkata, this is located on the left of Writer's building 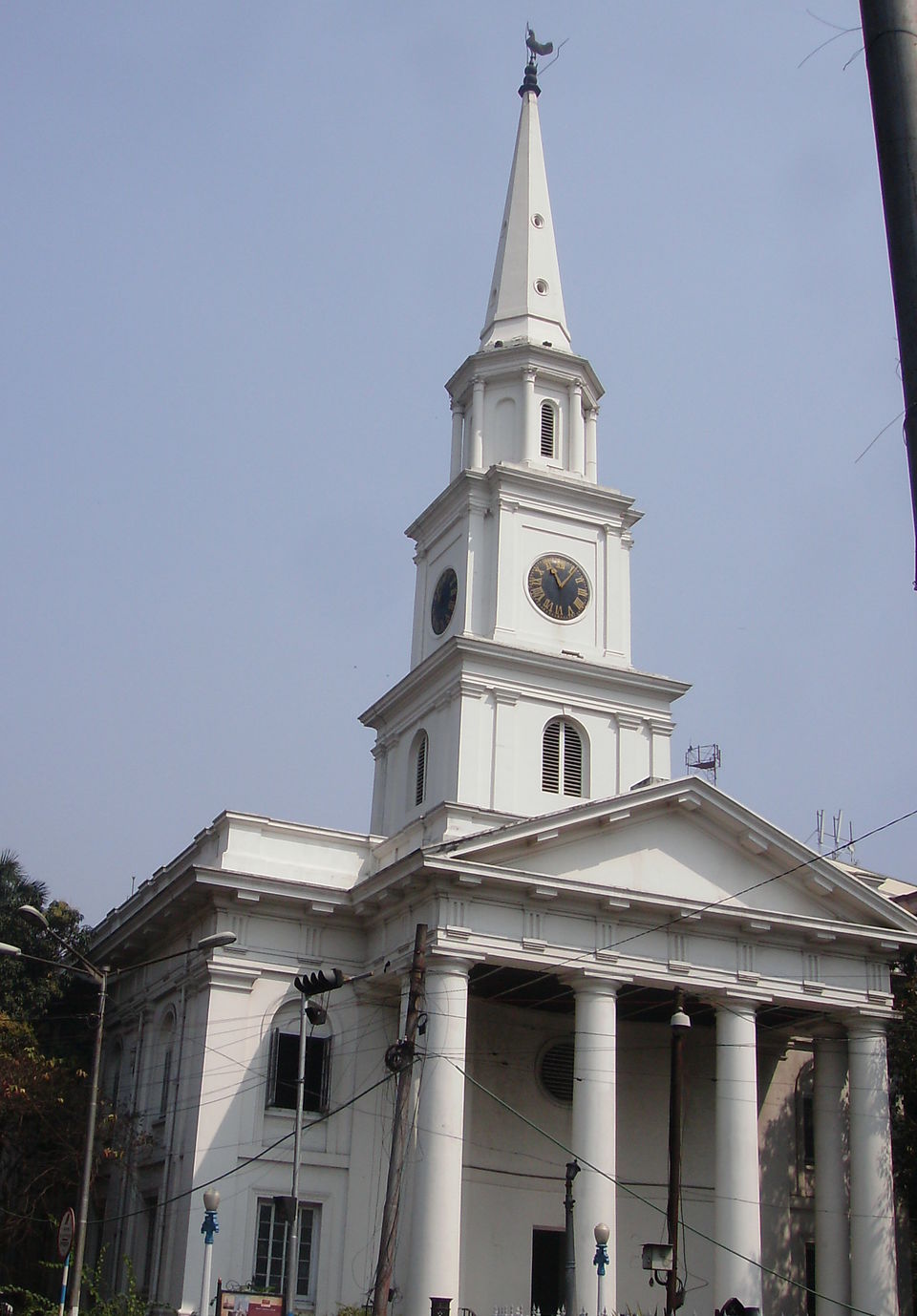 Apart from the Gothic structure, the serenity of the environment draws you in. 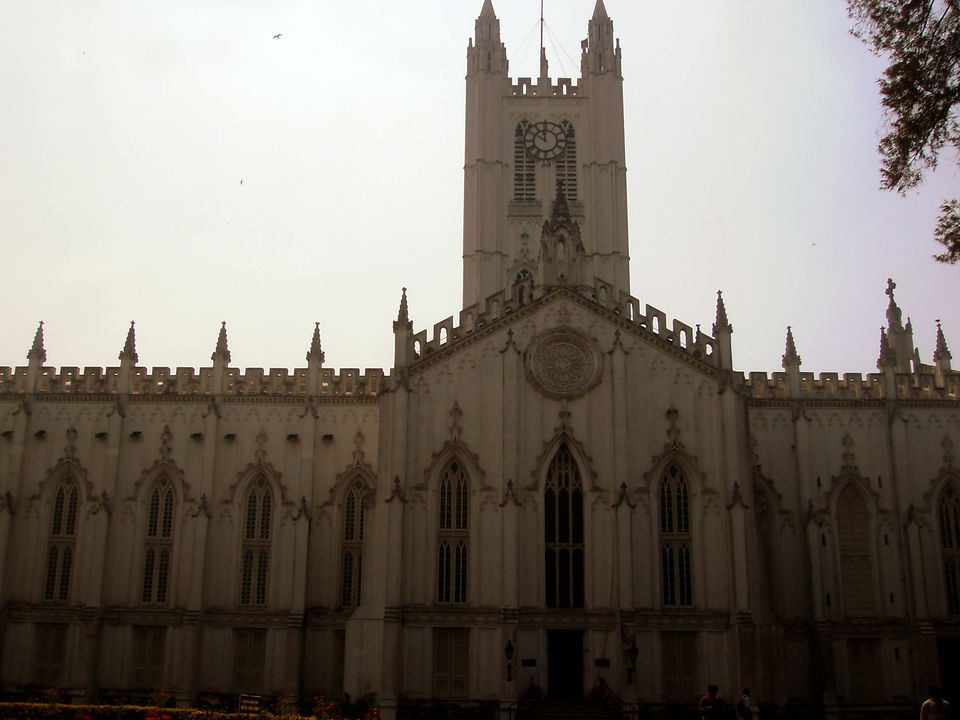 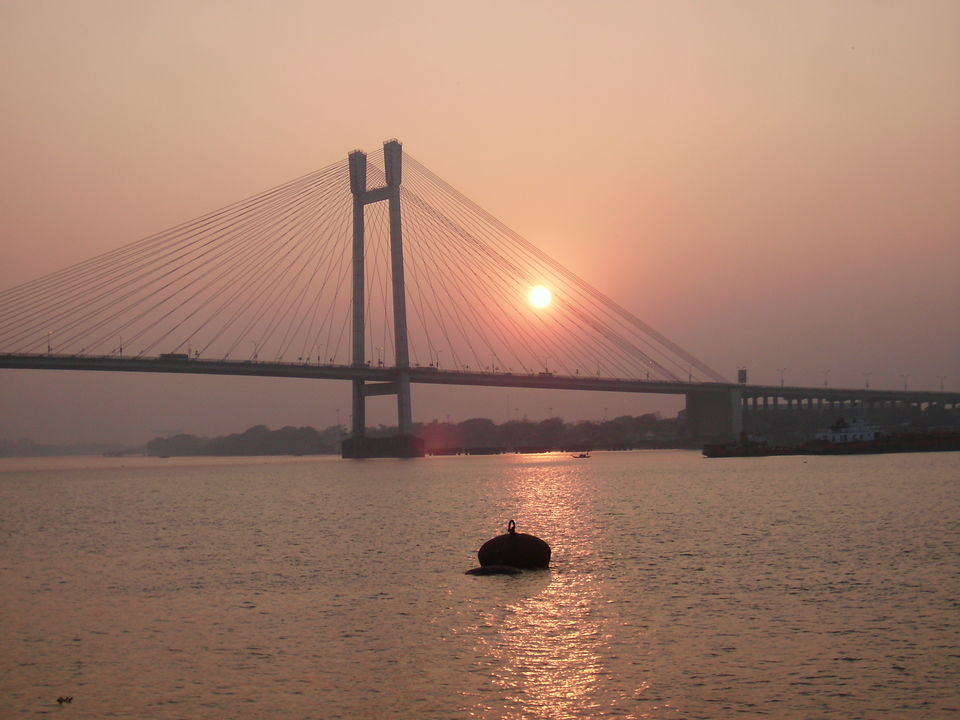 The ancestral home of the Bard, it has now been converted to a museum dedicated to Tagore and the members of his family. 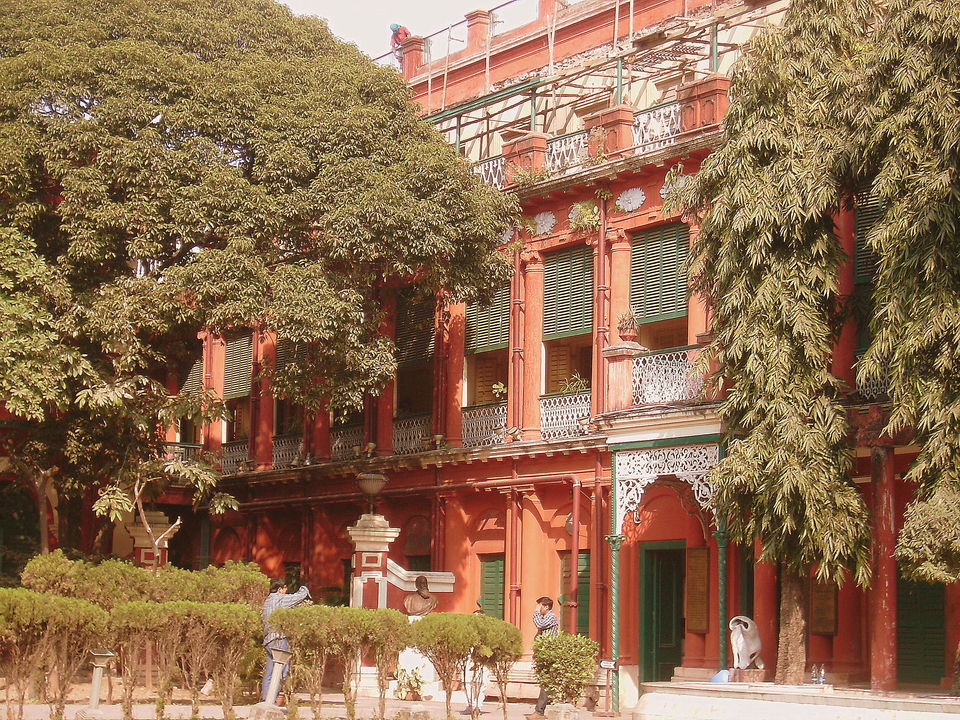 The famous hand-drawn rickshawpullers of kolkata 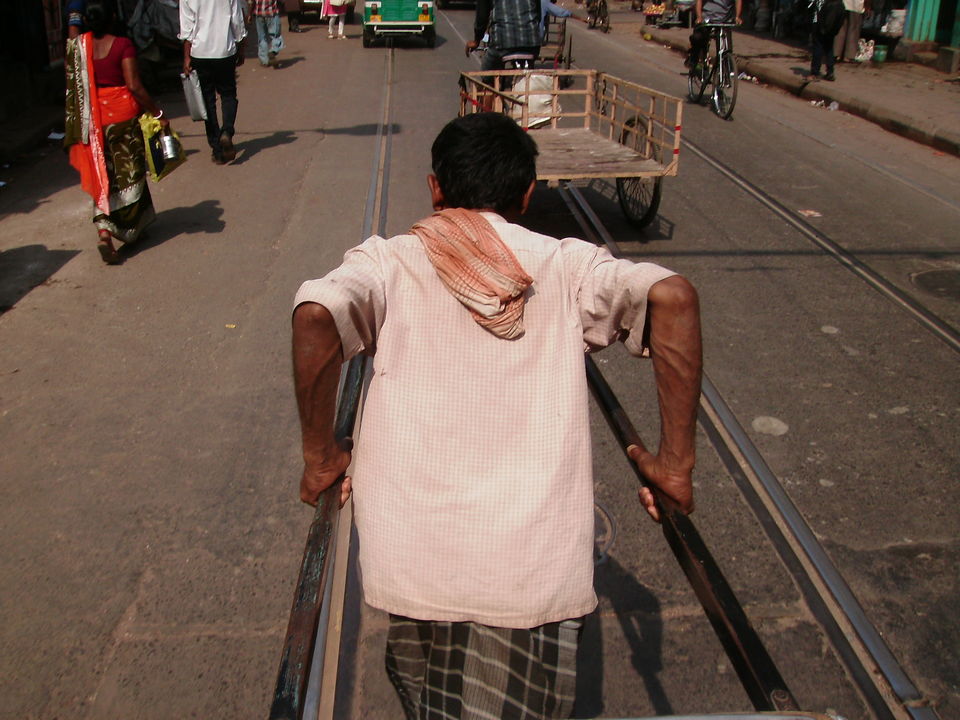 Located on the eastern side of Calcutta High Court and built in Roman-Doric style, it was originally used as a meeting place for Britishers 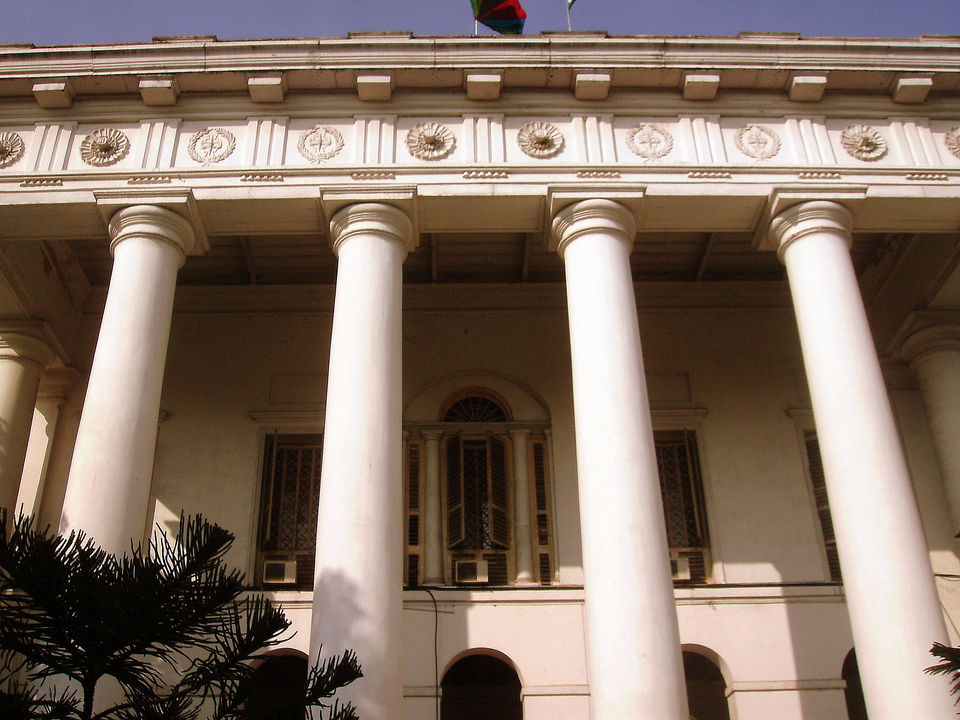 Stepping into the premises of Victoria Memorial, one is transported to a world of tranquility in the heart of a bustling city. 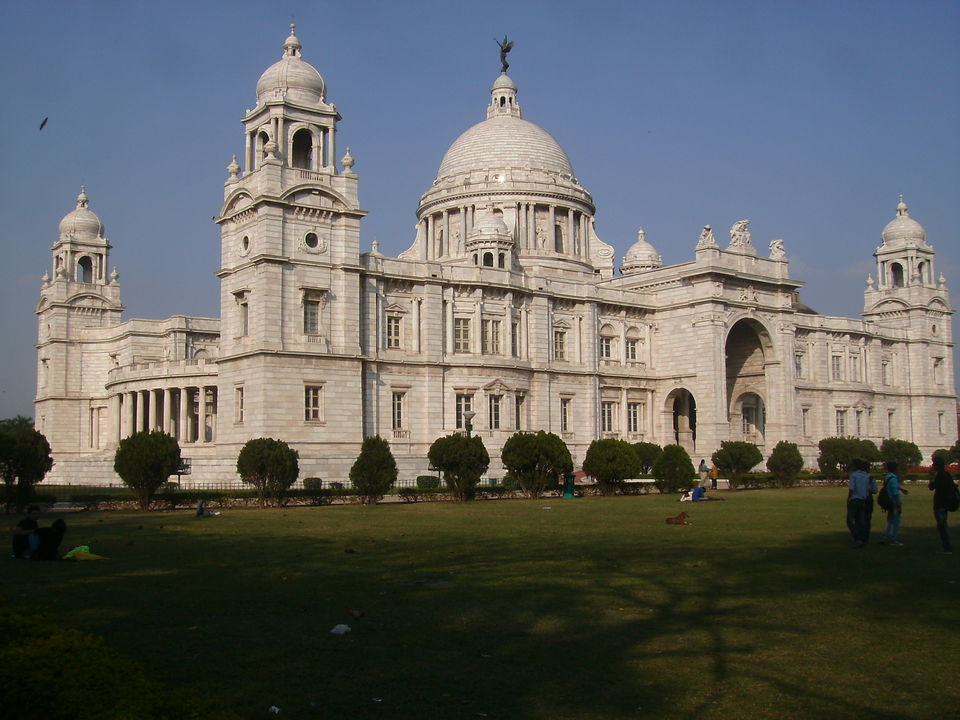 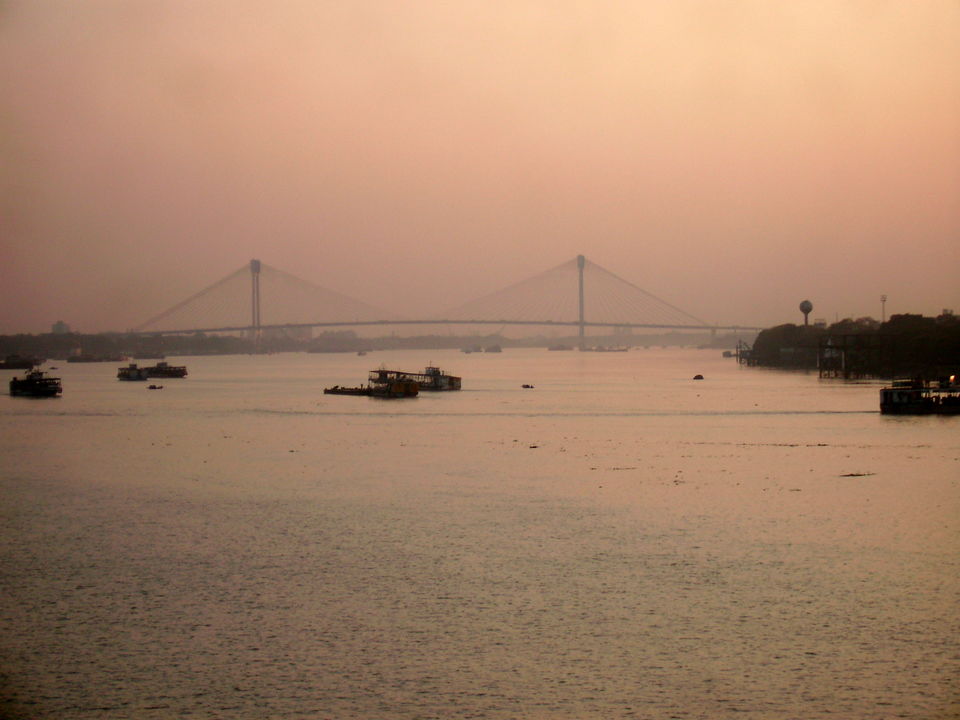 This is one of the oldest royal houses of Kolkata aristocracy. 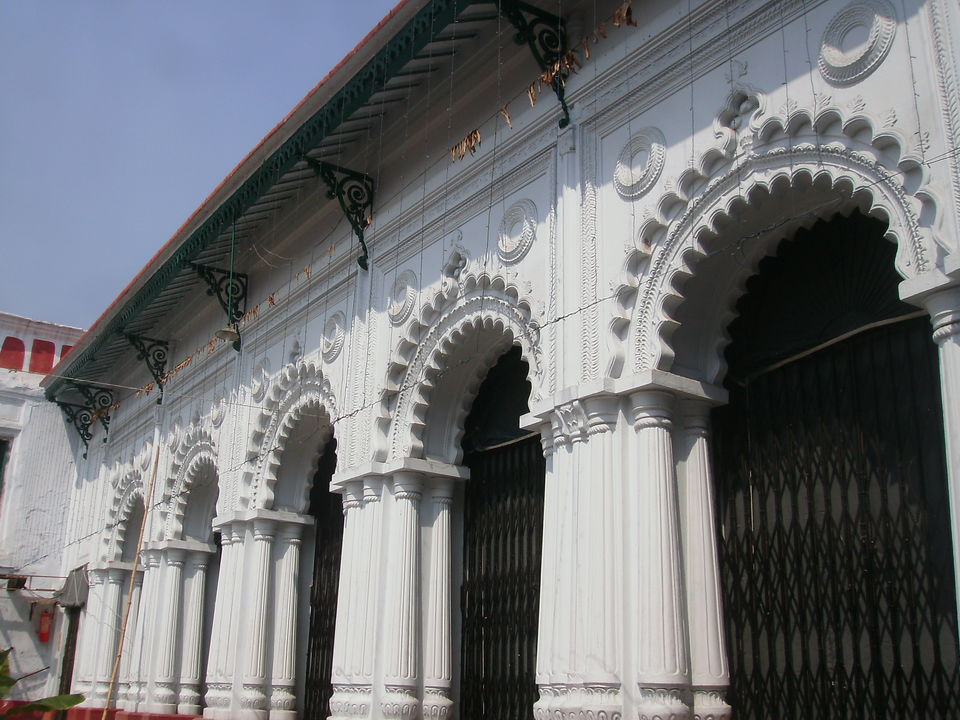